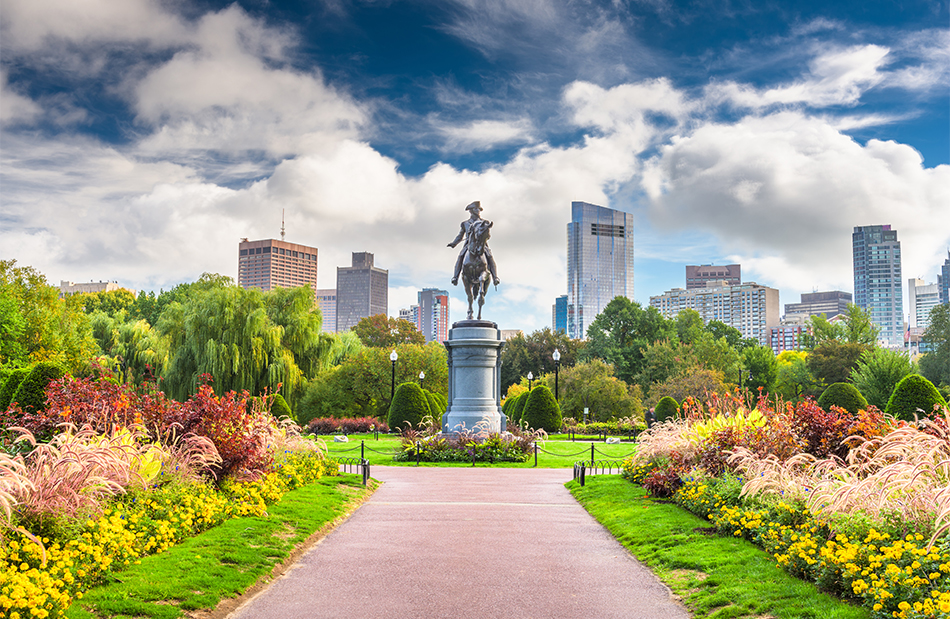 10 Best Places to Visit in Massachusetts

Massachusetts has something for everyone: art, music, colonial history, patriotic landmarks, shopping, picturesque beaches, laid-back islands, and exquisite seafood. Choose from various tourist attractions, including classical music concerts by a world-class symphony orchestra and tanning on a beautiful beach.

As one of the 13 colonies, Massachusetts has conserved several historical sites dating back to the pilgrim era. But it's not all history at Boston's dynamic Faneuil Hall Marketplace, where you can shop for clothes that are as fresh as tomorrow.

Rolling mountains, waves crashing on rocky coasts, verdant fields and farmlands, deep forests, and gorgeous small postcard-perfect villages that Norman Rockwell captured in his paintings can all be seen as you explore these must-see locations. Plan your vacation using this helpful list of the top attractions in Massachusetts to ensure that you visit the most significant areas. 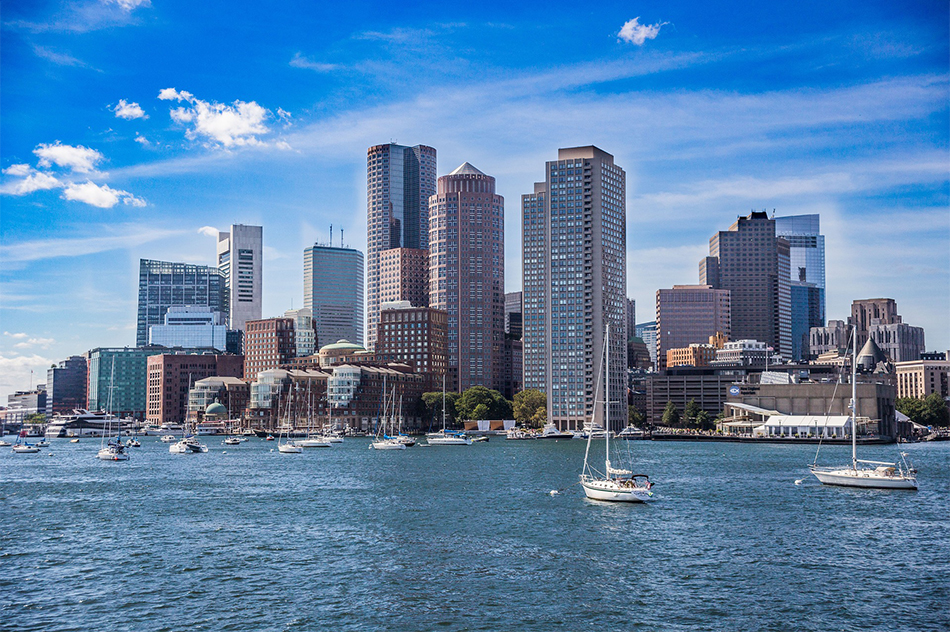 From being one of the oldest towns in the United States (established in 1630) to hold the world's most famous tea "party," Boston is steeped in history. The Freedom Trail allows visitors to recall Boston's role in the American Revolution. But the capital of the Commonwealth is so much more than that.

Boston, Massachusetts' capital and the largest city and the largest city in New England, is home to successful professional sports teams and the Boston Pops Orchestra. Cultural events and great eating possibilities abound in this eastern city by the harbor, whether they are visiting Paul Revere's residence or Fenway Park. 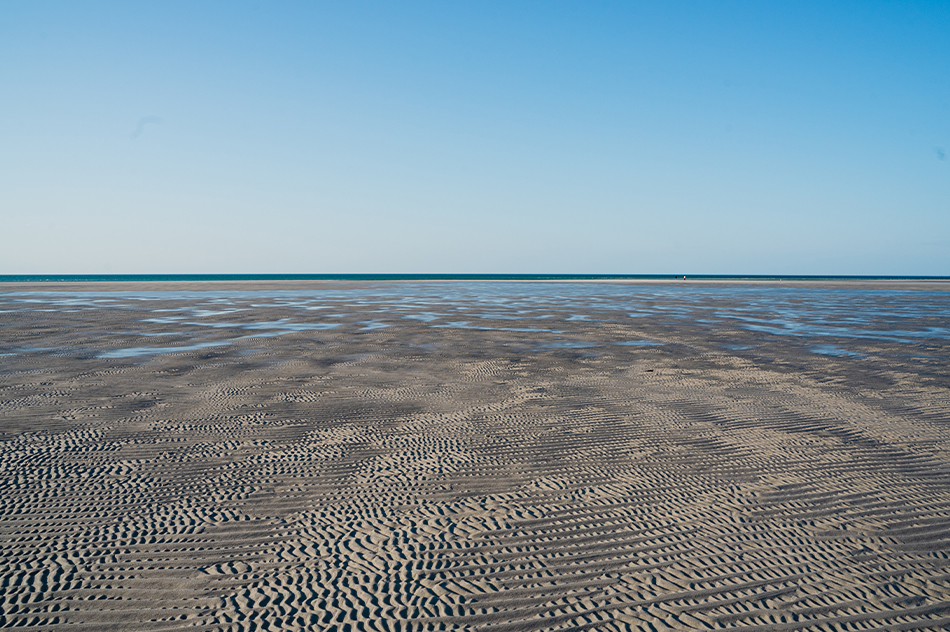 Cape Cod is a long, curving peninsula that juts out into the Atlantic and protects Cape Cod Bay with its northward bend. Long white sand beaches, frequently flanked by waving seagrass dunes, make up most of the island's 560 kilometers of coastline. Many of them are crowded in the middle of summer, yet there is fine sand for everyone (although not consistently enough parking for their cars).

On the calmer north shore, near Sandwich or Brewster, look for the less busy beaches along Route 6-A. On the Atlantic side, Chatham and Orleans both have lovely white beaches. The beaches of Cape Cod are among the most beautiful in Massachusetts. 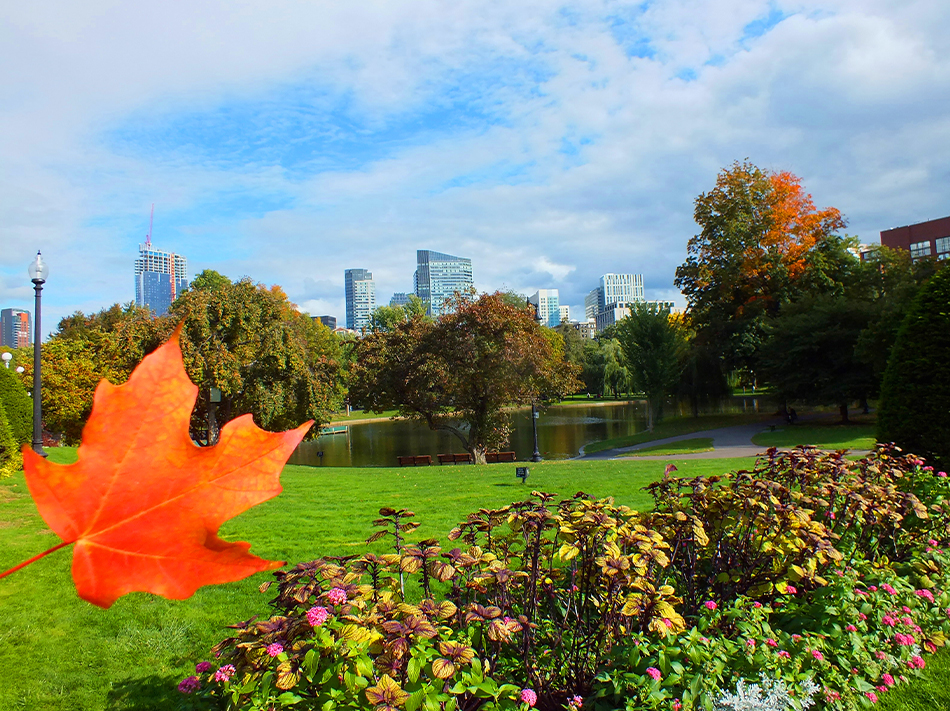 The Boston Common, combined with the nearby Public Garden, creates a vast green space in the city's center. One end is bordered by downtown streets, while Commonwealth Avenue and Back Bay border the other. The magnificent Beacon Hill is on one side; the Freedom Trail begins in the Common, and the statehouse looks out over it.

With the Central Burying Ground of 1756 on one corner and the following generation of Bostonians splashing in the Frog Pond in the summer and skating on it in the winter, the Common spans Boston's history.

The Public Park, America's oldest botanical garden, has a more formal design, with flower beds and an 1869 suspension bridge over the pond, known for the lovely Swan Boats that have floated over its surface since the 1870s. Don't believe they're simply for youngsters; the majority of the happy passengers are grownups. 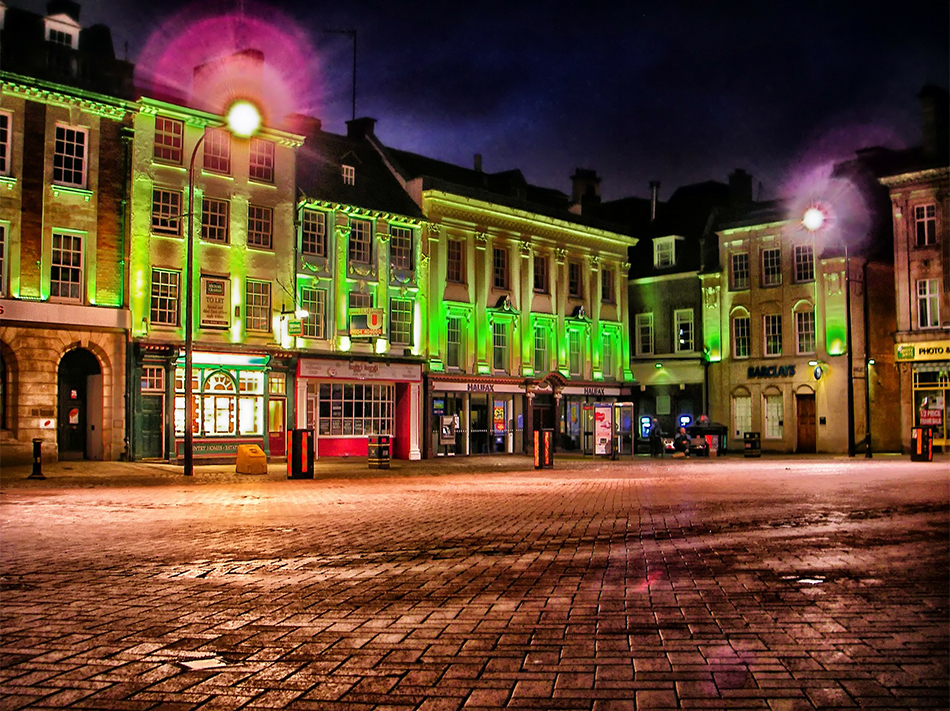 Northampton is a quaint college town in the Pioneer Valley with a gorgeous and active downtown peppered with coffee shops and performing arts facilities. Smith Institution, a prominent women's college, is located there.

The town has a decidedly liberal political climate because of college students and academics. Northampton dedicates more than 20% of its land to open space and greenways, making strolling a pleasure. A thriving music scene and an annual film festival are among the city's cultural offerings. 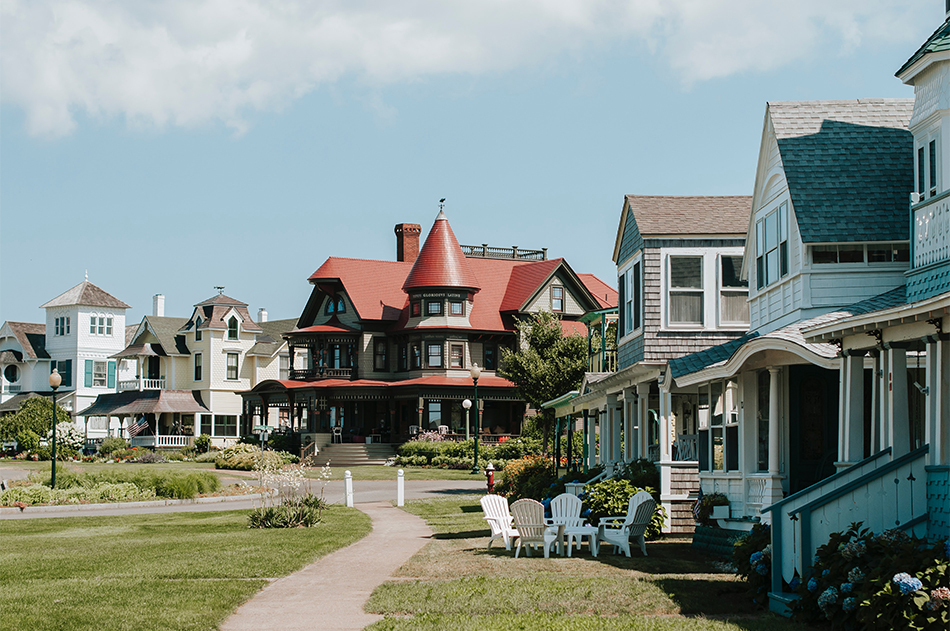 Martha's Vineyard, New England's most oversized island, is a favorite summer getaway for the rich, including several celebrities who own properties there. The original Jaws film was set on Martha's Vineyard in 1974, and several sequences were reused in the two sequels.

The island lies 7 miles (11 km) off the coast of Cape Cod and may be reached by boat (public ferries leave from numerous locations on Cape Cod) or by plane. Great beaches for swimming and surfing, panoramic views of the Atlantic from the island's cliffs, an outdoor tabernacle, and numerous prominent lighthouses, including one at Edgartown, are among the island's highlights. 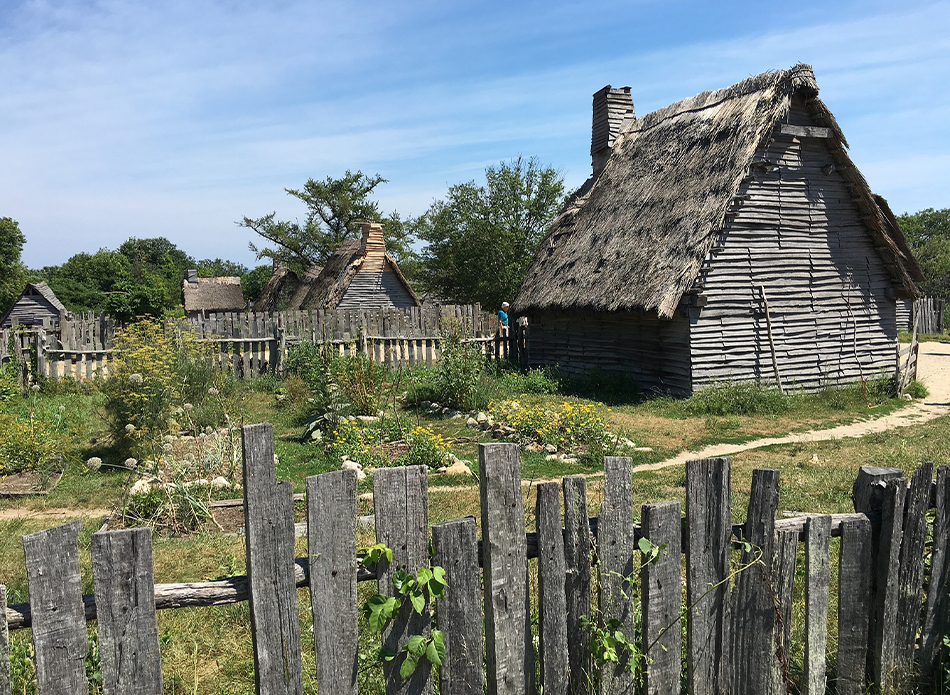 Back in 1620, it all started in Plymouth. Plimoth Plantation, a living history museum that depicts how the Pilgrims lived in 1627, allows visitors to travel back in time. Then there's a tour of the Mayflower II, a replica of the ship that brought the Pilgrims to America.

Or they may be one of the estimated one million visitors to Plymouth Rock, the alleged landing place of the Pilgrims. Visitors may also go on a cranberry farm tour, view historic mansions, or play a game of golf on one of the more than a dozen courses available. 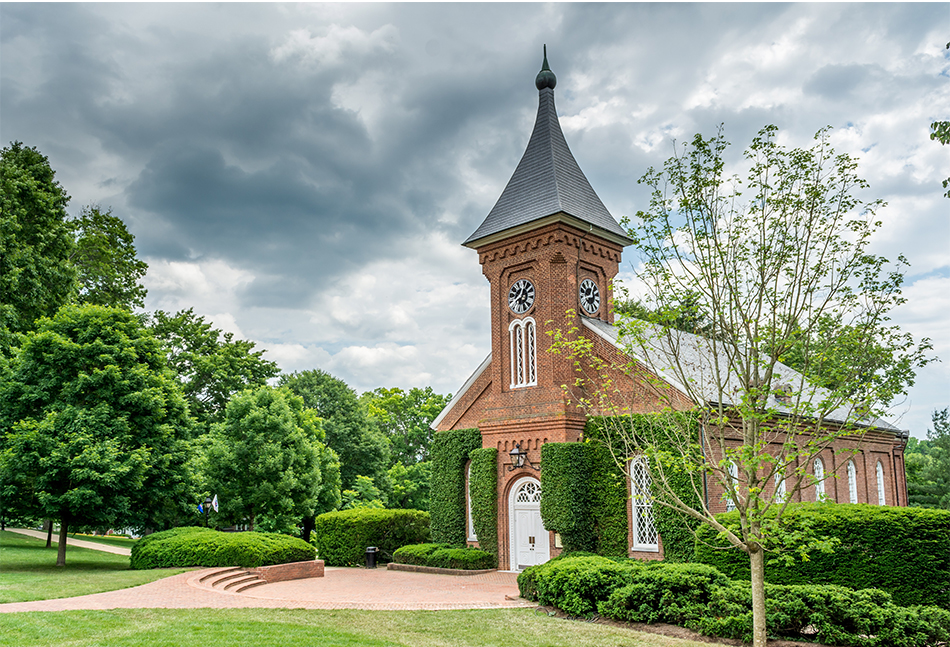 Lexington, located northwest of Boston, is the site of the first shots fired in the American Revolutionary War on April 19, 1775. Fight Green is marked with a monument and a Minuteman statue by sculptor Henry Hudson Kitson, where colonial militia members (dubbed Minutemen for their ability to get ready for battle at a minute's notice) battled with British forces.

Before facing the British, the Minutemen and their leader, Captain Parker, assembled at the 1710 Buckman Tavern, restored as it would have been in the 18th century, with the original seven-foot-wide tavern fireplace. British musket-ball holes may still be found in the original front door.

Built-in the early 1690s, Munroe Tavern served as a military hospital for the injured and now houses historical antiques and furnishings. The Hancock-Clarke House features historical Clarke family furnishings and Reverend John Hancock, the signer of the Declaration of Independence's grandfather.

8. Mohawk Trail and the Northern Berkshires 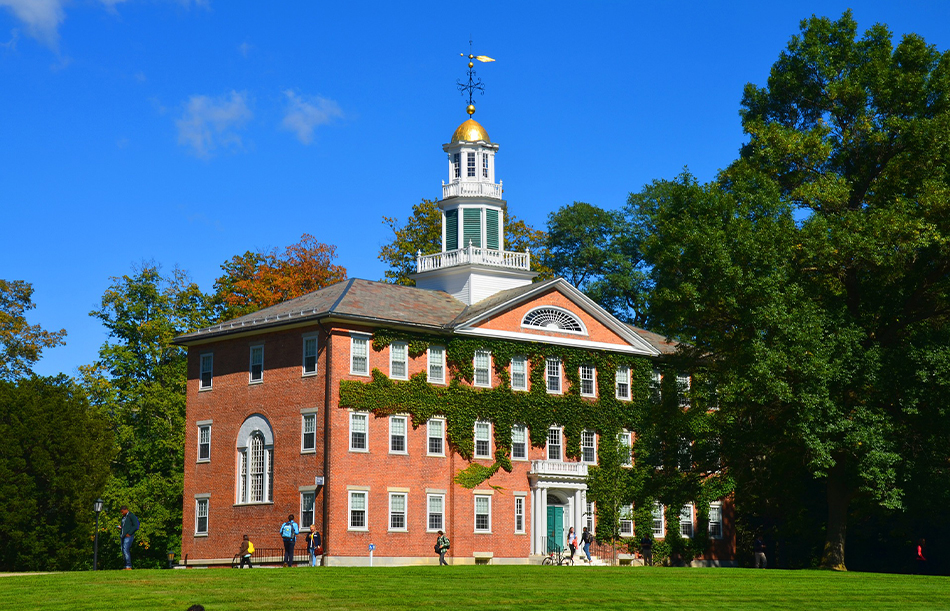 Williamstown is a cultural powerhouse in Western Massachusetts, thanks to the Tony Award-winning Williamstown Theater Festival and the various resources of Williams College. The Clark Art Institute Museum has an extensive collection of European and American paintings and sculptures, including works by French Impressionists and American artists Winslow Homer and John Singer Sargent, among the highlights.

The Mohawk Road, a picturesque driving route that follows a historic Native American trail across western Massachusetts, begins in Williamstown. MASS MoCA is a sculpture, theater, dance, and film facility in North Adams situated in 27 refurbished historic buildings. Hancock Shaker Village has a working farm utilizing Shaker practices and 20 authentic, furnished Shaker structures, including the Round Stone Barn, used by the Shaker community from 1783 until 1960.

Hike the Maine-to-Georgia Appalachian Trail to the peak of Mt. Greylock, the highest point in the state, or drive to the top for panoramic views of three states. 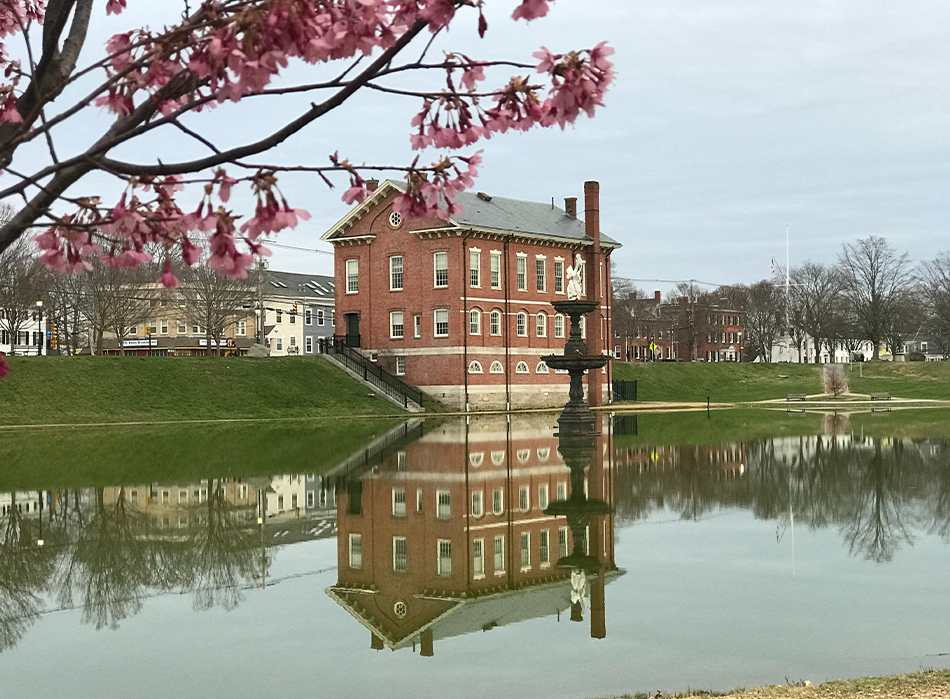 Newburyport has a long and illustrious history as a major seaport and shipbuilding hub, which you may learn about at the Custom House Maritime Museum. The federal-style Cushing House Museum and its lovely grounds provide a glimpse into shipbuilding's affluence to the area. The home is brimming with furniture, silver, embroidery, and treasures brought back from far-flung lands. The port is still operational, and visitors may take whale-watching trips or dine at one of the waterfront restaurants.

On adjacent Plum Island, an 11-mile barrier island with miles of beaches, dunes, and marshes, the Parker River National Wildlife Refuge preserves miles of beaches, dunes, and wetlands. Kayak through the swamps, stroll along the beaches, and look for marine and shorebirds from the boardwalks. Visit the Joppa Flats Education Center of the Massachusetts Audubon Society for information on the area's native and migratory birds. 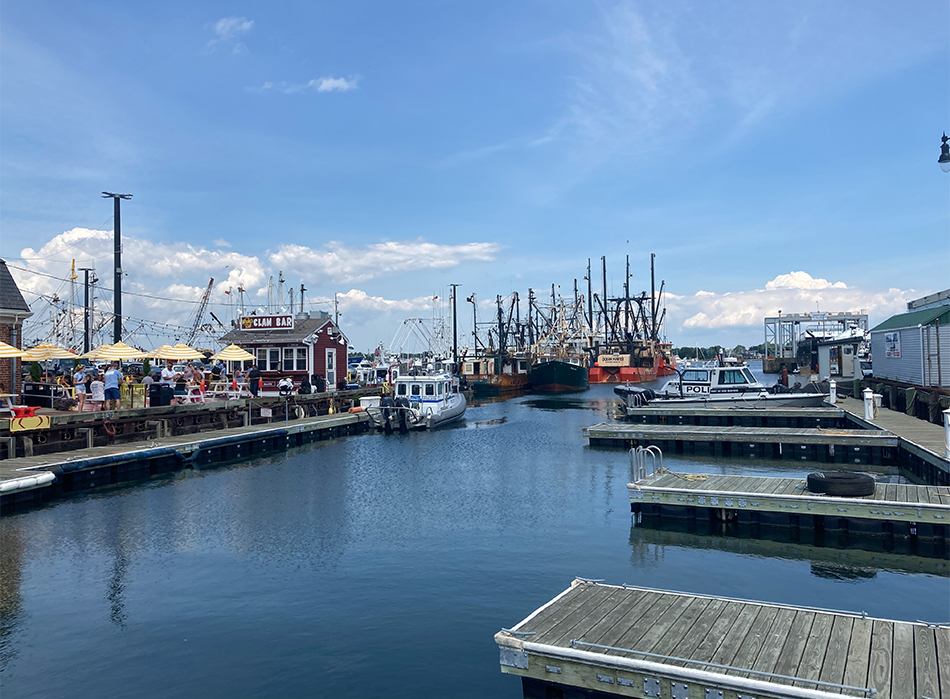 New Bedford, Massachusetts' sixth most significant city, is known as "the whaling city" because it was one of the world's most essential whaling communities throughout the nineteenth century. The New Bedford Whaling Museum is the biggest museum dedicated to whaling in the United States, with whale bones on exhibit. Seamen's Bethel, the church immortalized in Moby Dick, is located across the street from the museum.

A whale merchant's residence and museums dedicated to art and firefighting apparatus are open to the public. The city also has a charming side, with various historically significant areas.