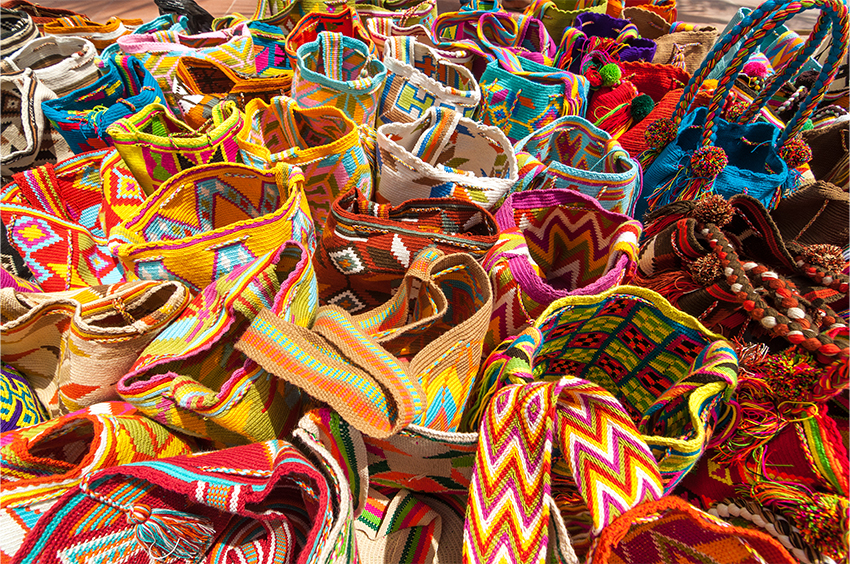 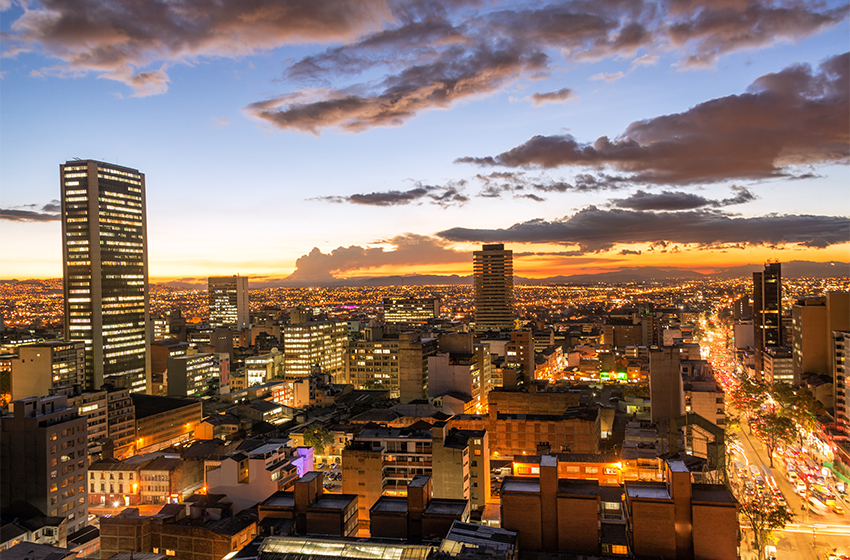 Bogota, Colombia's vibrant capital, is situated on a plateau amidst the Andes at a remarkable elevation of 2,600 meters, and all visitors to the country must travel through it at some time. Bogota has been awarded the title of "World Book Capital" by UNESCO, and is known as the "Iberian Cultural Capital". Therefore, it is known as the "Athens of South America".While the city has a lot of poverty and violence, as well as crowded and claustrophobic areas, the excitement of the place and the abundance of attractions ensure that most visitors leave with a pleasant impression.

La Candelaria's historic center is full of gorgeous colonial architecture, with old churches and convents dotting the cobblestone walkways. There are some fantastic museums, restaurants, and clubs strewn about, and the beautiful Cerro de Monserrate towers over it all. As night falls, spectacular sunsets cover the city in brilliant yellows, reds, and oranges. 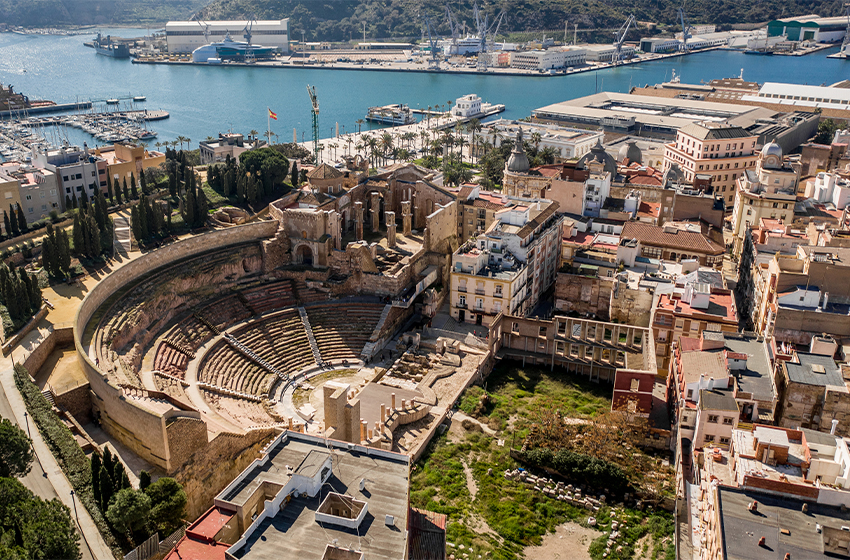 Cartagena, located on Colombia's Caribbean coast, is vibrant and colorful, as well as rich in history. Wandering around the stunning Old City, with its old stone ramparts enclosing dazzling colonial buildings and tiny, narrow streets, is a sight to behold.

Horse-drawn carriages trundle past massive churches and mansions, and its lively, leafy plazas are great places to hang out, with a fantastic selection of restaurants and bars. Cartagena's raucous nightlife and fine dining scene are additional reasons to visit one of Latin America's best-preserved colonial cities – and certainly one of the most picturesque. Its palm-tree-lined beaches are simply divine if you want to kick back and relax even more. 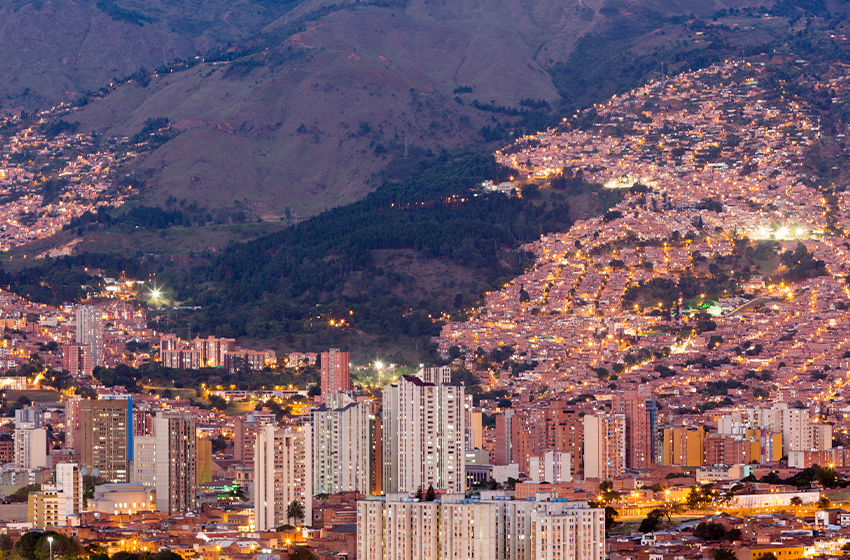 Medellin's towering skyscrapers and high-rises are delightfully framed by the hills and mountains that surround this industrious and commercial city, which is located in a narrow valley. Medellin, a metropolitan city, was plagued by gang wars in the 1980s and 1990s, as narco-traffickers battled for supremacy, wreaking havoc on the hillside slums.

It is now a pleasant city to visit. There are some fantastic museums to visit, as well as some fantastic restaurants, bars, and nightclubs. Medellin, Colombia's second-largest city, is well worth a visit, thanks to its airy parks and vibrant art and cultural scene. 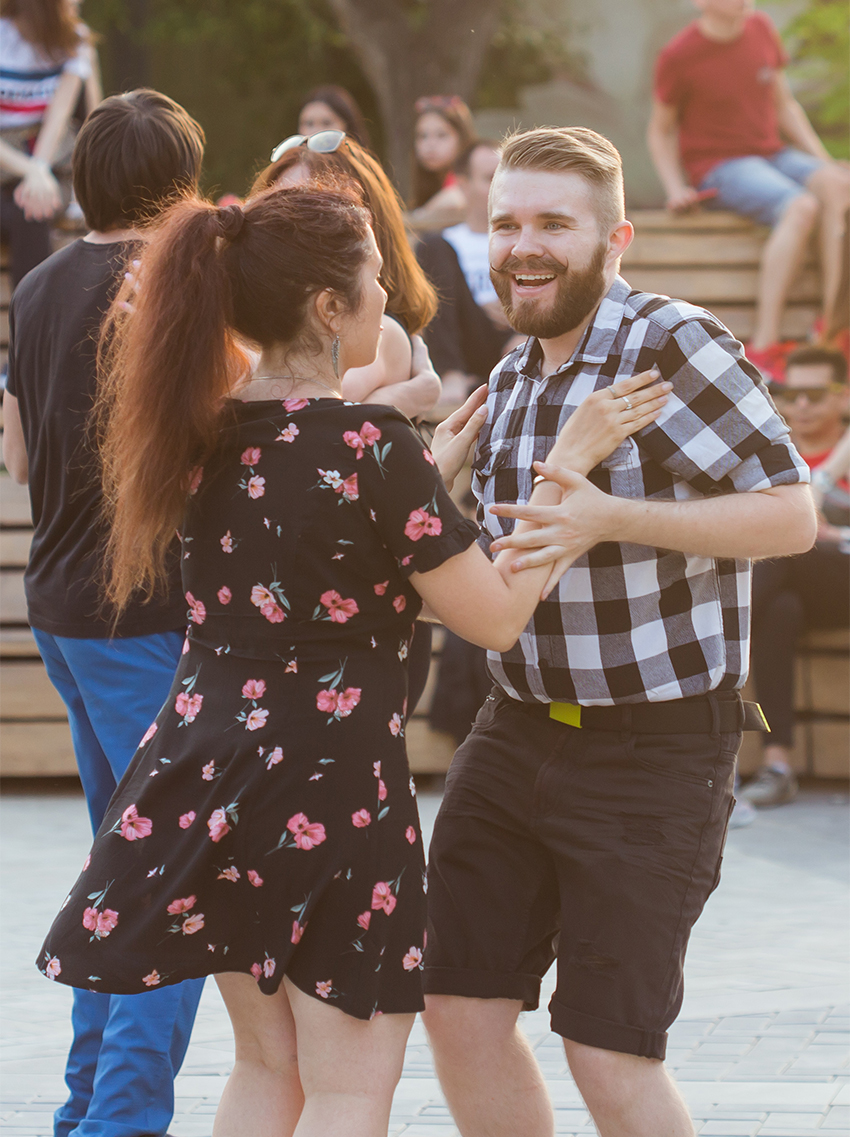 Cali, while often overlooked in comparison to some of Colombia's other fantastic cities, has more than enough to appeal to tourists – its pounding nightlife is just one reason to visit.

Going out in this city, which is known as the Salsa capital, is a fun and wild experience that should not be missed. Away from the party scene, Cali's great restaurants and Afro-Columbian cultural heritage make it a fascinating place to visit. In addition, there are numerous old churches and museums to visit.

With so many natural wonders nearby, you can use Cali as a base to explore the surrounding region – and don't forget to catch a football match before you leave! 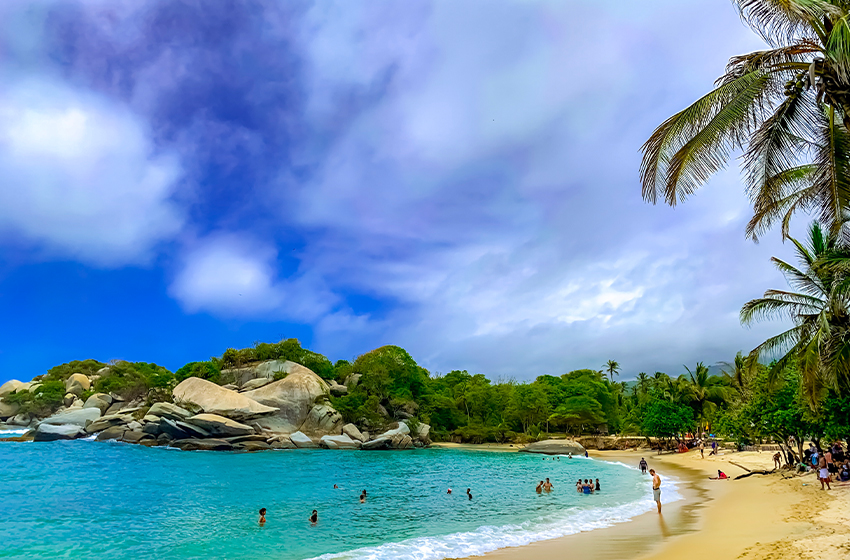 Santa Marta's historic center is a charming place to visit, with charming colonial buildings. It is, in fact, the oldest European-founded town in South America. The city, which is located on the Caribbean coast, has grown over time.

Now, its horrendous traffic and endless sprawl detract from its allure, but this does mean that visitors have a plethora of restaurants, bars, and hotels to choose from.

With a fantastic range of nearby activities and attractions, you can be in the mountains one minute before scuba diving in Santa Marta's pristine waters or relaxing on its lovely beaches the next. 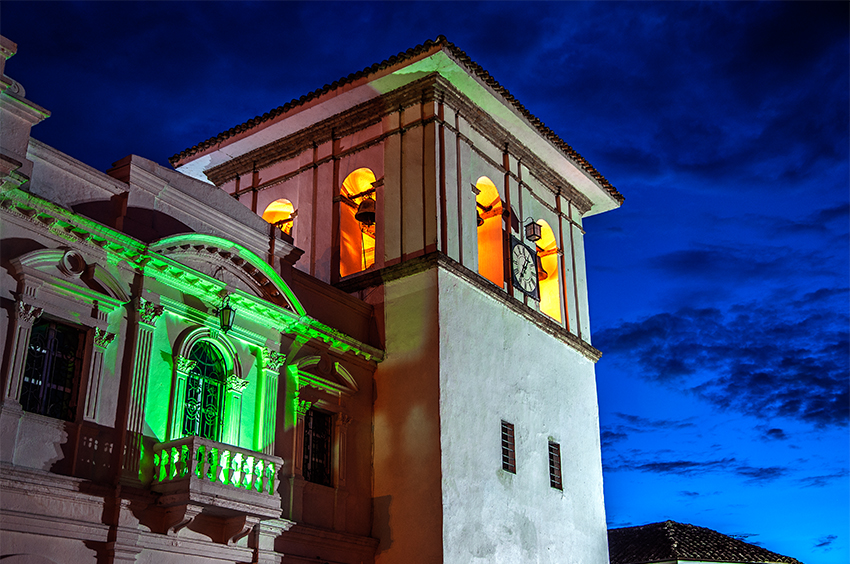 Although it trails Cartagena in terms of stunning colonial architecture, Popayan is well worth a visit in its own right. The breathtaking mountains that tower over the city's picturesque streets only add to the city's scenic beauty.

The city was dubbed "the White City" because of its dazzling facades, and its old buildings, which include delightful churches, mansions, and monasteries, were constructed during a time when the city was on an important trade route – the architecture on display is sumptuous.

Popayan has a lively feel to it due to the presence of several universities, and its outskirts have a variety of great outdoor activities for visitors to enjoy.

The fourth-largest city in the country, Barranquilla is renowned for its fantastic Carnival, when the streets are inundated with locals and visitors alike who come to enjoy the sounds, colors, and vibrant festivities of the carnival.

Away from carnival time, there are some great restaurants and bars to check out and a few good museums. A bustling port town lying on the Caribbean next to the mangroves of the Magdalena River, Barranquilla is often overlooked in favor of other cities along the coast – though it has some great nightlife spots and friendly, welcoming people. 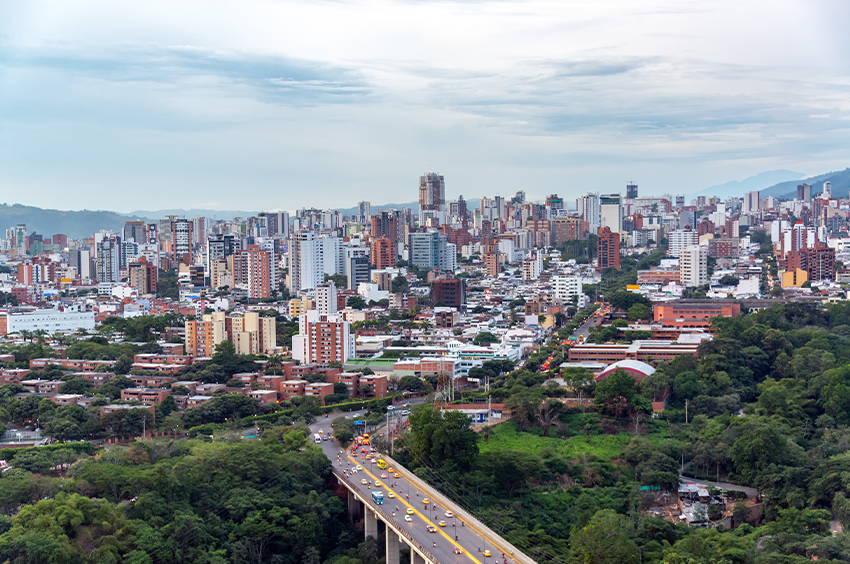 Beautiful mountains provide a lovely backdrop to Bucaramanga's skyscrapers, and while it is not the most exciting place in the world, there is more than enough to see and do here to warrant a visit.

While the city's growth and expansion have overshadowed much of its old colonial architecture, a plethora of pleasant parks are interspersed among its high-rises, lending Bucaramanga a relaxing air. However, at night, the city's large student population comes out to play, and the city's numerous bars and clubs blast music until the early hours. 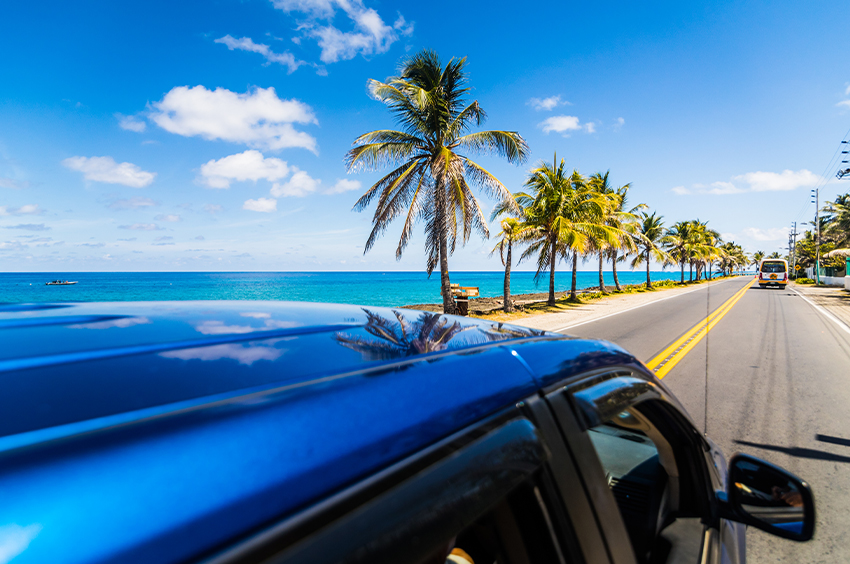 With about 40 dive sites, it is one of the best beaches in the Caribbean; blue waters dotted with greens and lavenders, and friendly people... San Andres Island, Providence, Colombian Caribbean Dencia Island, and Catalina Island have endless charm.

The archipelago, located about 230 kilometers east of Central America and about 750 kilometers north of mainland Colombia, was listed as a World Anemone Biosphere Reserve in 2000. The protected area not only includes islands and far reefs but also occupies 10% of the Caribbean Sea and extends over an area of ​​more than 300,000 square kilometers.

Travelers from all over the world come to this paradise island in search of perfect sunsets, white sandy beaches, and tall palm trees swaying in the breeze. All this, combined with the carefree smiles of the locals, makes this the perfect place to spend a wonderful tropical holiday.

But don't worry! The people of San Andres also speak Spanish and English, so communication is very simple.

The capital of the province of Nariño is astonishingly beautiful. In fact, Pasto is known as the "City of Amazement" and is known for its grand black and white carnivals and fascinating architecture, especially the shrine that juts out from every corner and is a true architectural gem.

The sophistication and creativity of Nariño's handicrafts have also made the city world-renowned. In Pasto, you will find beautiful works of extremely high quality using different techniques such as wood carving, leather embossing, wool, agave weaving, and stone carving.