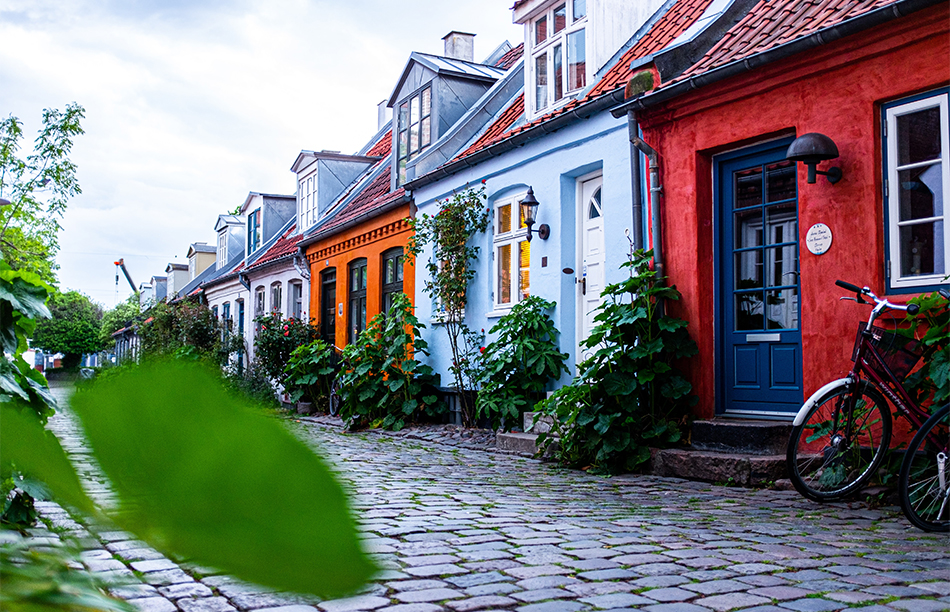 10 Best Places to Visit in Denmark

Denmark is the starting point for Scandinavia. It has evolved dramatically throughout the decades. It is currently a peaceful contemporary country where new architecture coexists with old structures. It was formerly famed for its fearsome warriors, the Vikings. You'll pass through gorgeous fishing communities with Viking roots, so you'll want to try their most renowned seafood, the herring, possibly at a smorrebrod. Because Denmark is the home of Hans Christian Andersen, there are palaces and castles where fairy tales may have come true. The following is a list of the most significant locations to visit in Denmark. 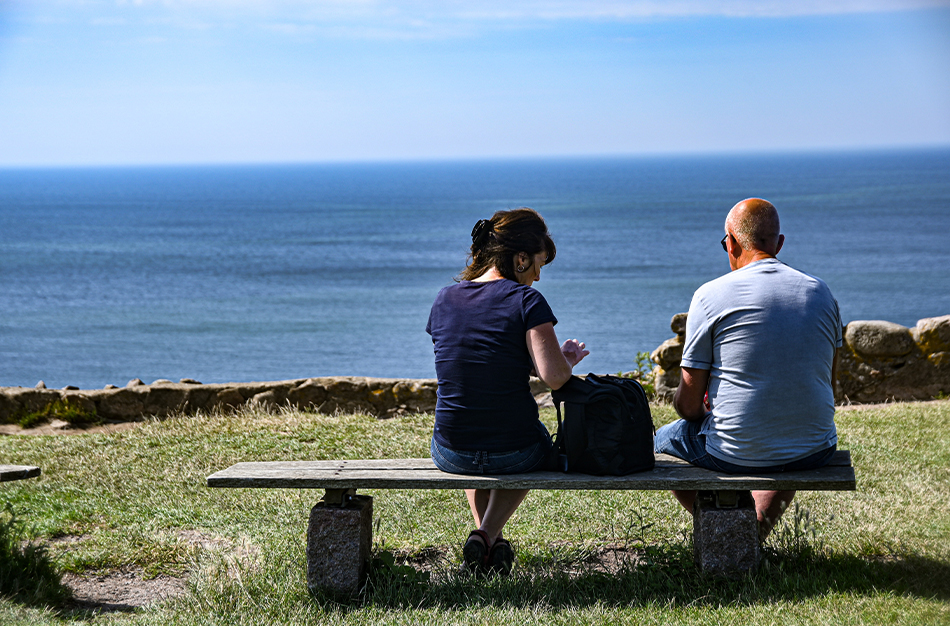 Bornholm is a Baltic Sea island closer to Poland and Sweden than Denmark and is recognized for its arts and crafts, particularly glass and pottery. Numerous villages with attractive windmills and several ancient churches, four of which are circular, can be found on the island. The island, held by the Germans during WWII and then by the Soviets, is known for its spectacular beauty, including everything from jagged sea cliffs and woods to lush valleys and beaches. From Denmark and Sweden, it may be reached via ferry. Medieval fortifications and Neolithic sun temples can be found here. Hornet Flight, a thriller by Ken Follett, was set in Bornholm. 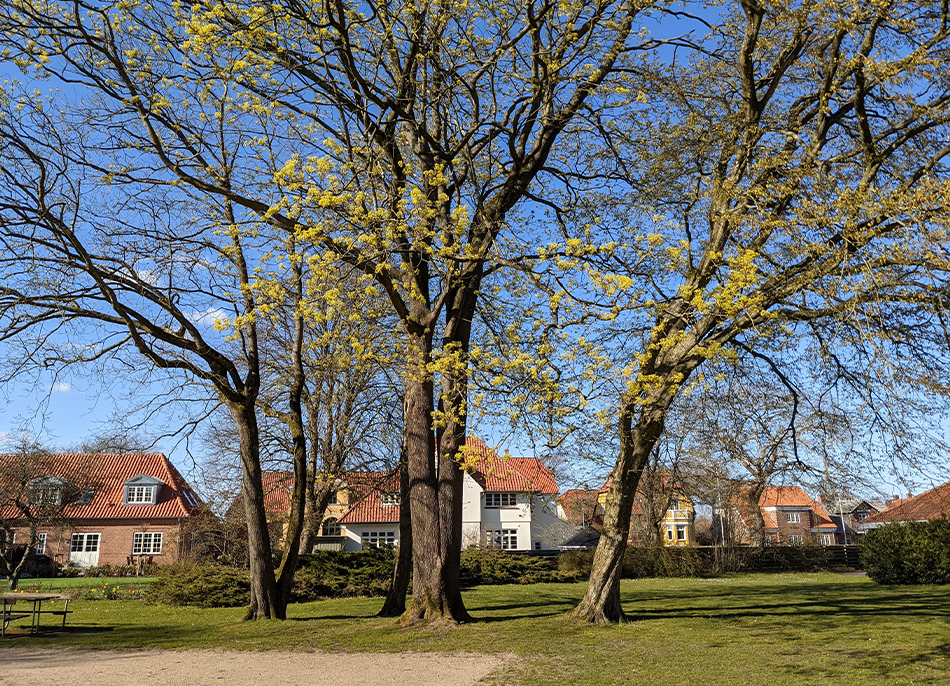 Ribe, Denmark's oldest town, is appropriately described as "you're not growing old, you're becoming better." Ribe, in Jutland, was formed around 700 as a Viking marketplace, and its town hall is the country's oldest. It was constructed in 1496, although it was not used as a town hall until 1709. Ribe has a lot to offer, from its charming half-timbered medieval structures to Ribe Cathedral, Denmark's earliest Christian church. In the summer, you may learn about the city's Viking history or go on a nighttime tour with the night watchman. The Wadden Sea National Park is a nearby natural gem. 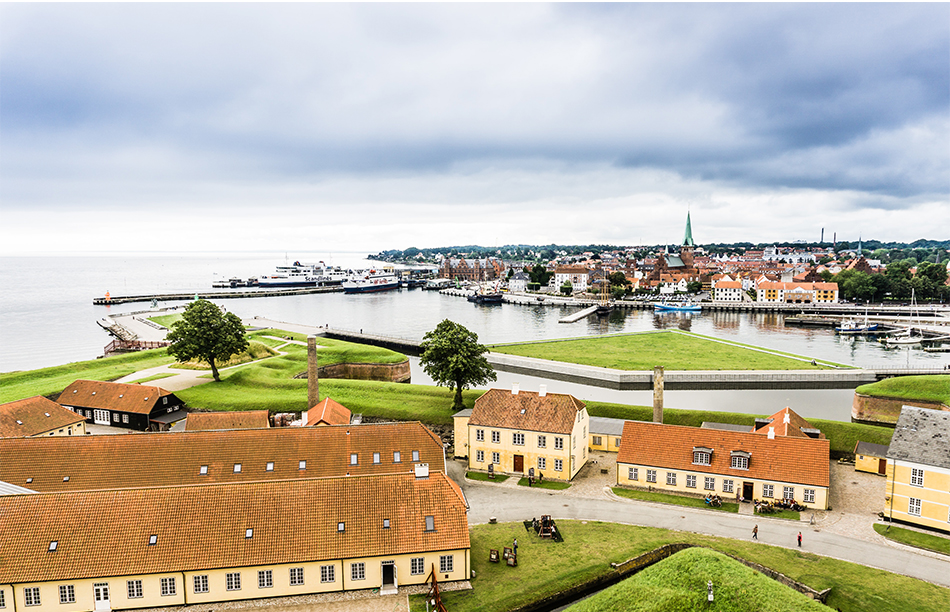 Also known as Helsingor, Elsinore is home to one of the world's most renowned castles, Kronborg, which served as the location for Shakespeare's Hamlet. For the past 80 years, the play has been performed here every year. Though a fortification and a chapel surrounded by convents were erected a century earlier, the old medieval fishing community was created in the 15th century. It is today a thriving port town. Han, a 2012 monument in the port, is seen as the city's answer to Copenhagen's Little Mermaid. The castle, the marine museum, and the memorial of Holger Danske, a famous figure who fought Charlemagne, are all must-sees. 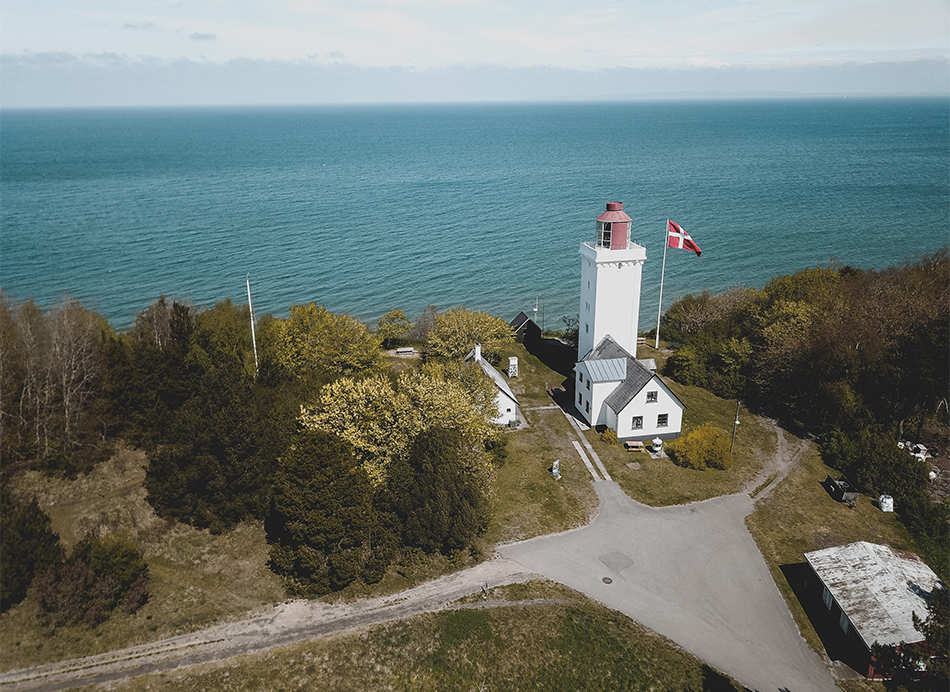 You wouldn't expect a far north country to have a Riviera, but Denmark does. Gilleleje, a lovely fishing village on the North Sea at the top of Zealand, serves as the anchor for the Danish Riviera. During World War II, fishers used their boats to outrun German invaders and transport Danish Jews into Sweden, just 25 kilometers (15 miles) away. The local museum has further information about these attempts. Gilleleje, which dates back to the 14th century, is a lovely and quaint town with plenty of photo possibilities. Take a stroll through the city, watch the daily morning fish auction, and pay homage to Kierkegaard, the founder of existential philosophy. 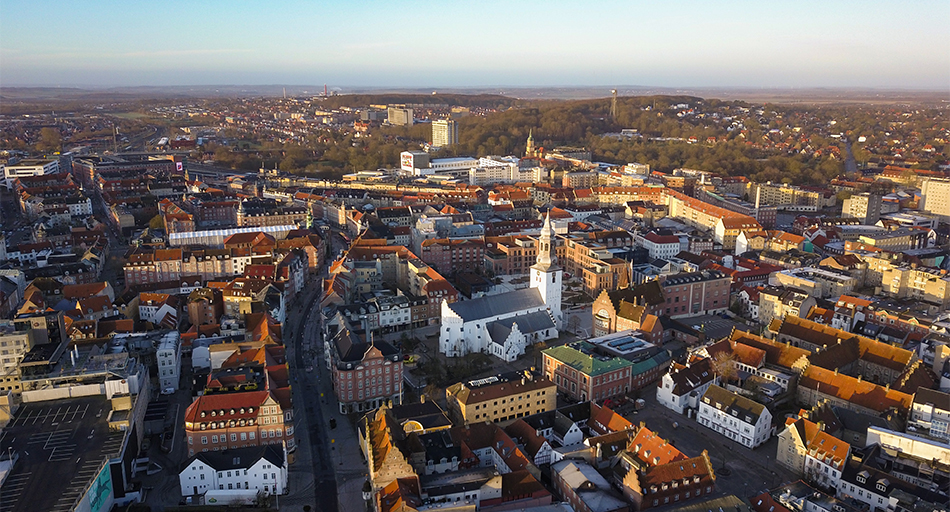 Aalborg is another historic Danish city that has evolved into an industrial and cultural (focus on cultural) hub throughout the years. It's recognized for its theater, symphony, and opera, as well as the Aalborg Carnival, Scandinavia's largest carnival celebration. The city is also notable for its half-timbered homes, the ancient royal residence Aalborghus Castle, and the 14th-century Budolfi Church, which was erected on the foundations of a previous Viking church. Jens Bang's 17th century Dutch Renaissance residence, which has held a pharmacy for 300 years, and 17th-century mayor Jrgen Olufsun's half-timbered and sandstone house are two historic homes that stand out. 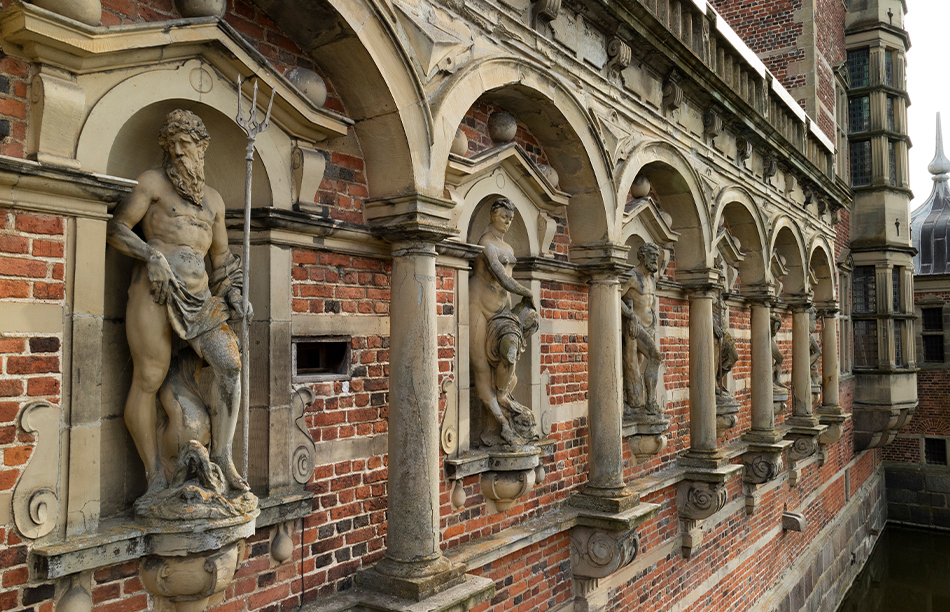 The Museum of National History is housed in the beautiful Frederiksborg Palace, situated in the center of a lake. The museum has been on the site since 1878, while the castle itself was built in the early seventeenth century. It was the residence of King Christian IV, one of Denmark's most famous rulers, at the time. The castle's halls are open to the public for tours and viewing the rich artwork collection. The gardens should not be overlooked. The gardens on the other side of a lake, which may be crossed by boat, are particularly noteworthy. From this vantage point, you may get some of the most incredible castle views.

With 330,000 people, Aarhus is the second-largest city in Denmark. It dates back to the eighth century and started life as a fortified Viking settlement. Aarhus has been a trade center for centuries and is known for its vibrant music scene. The city annually hosts an eight-day international jazz festival. Aarhus is a European Capital of Culture for 2017. It’s an exciting city architecturally, with all styles represented from the Vikings to the present day. The oldest, best-preserved houses can be found in the inner city. Dominating the cityscape is the 13th century Aarhus Cathedral, the city’s longest and tallest church. 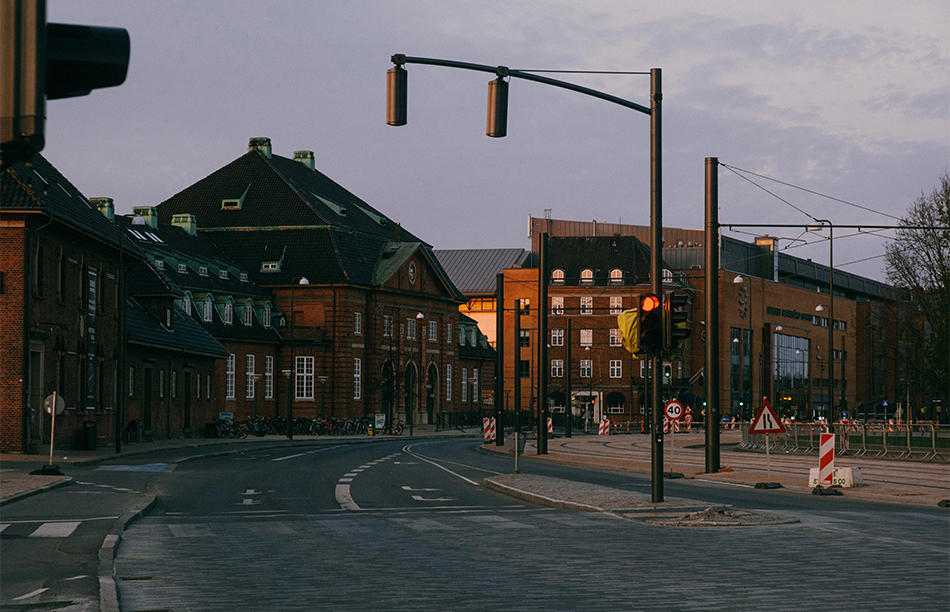 Odense translates as “Odin’s sanctuary,” but it’s more famous for other things than a haven for worshippers of this Norse god. It is the birthplace and childhood home of the renowned storyteller Hans Christian Andersen, so you can expect to see many statues and sculptures of his characters around town. Denmark’s third-largest city also is famous for the sweet treat marzipan. Plus, many of its attractions are a treat for tourists’ eyes. The list includes an old Viking castle; Funen Village Museum, which recreates life during Andersen’s years there; Funen’s Abbey, one of Denmark’s oldest art museums; and the 11th century Saint Canute’s Cathedral. 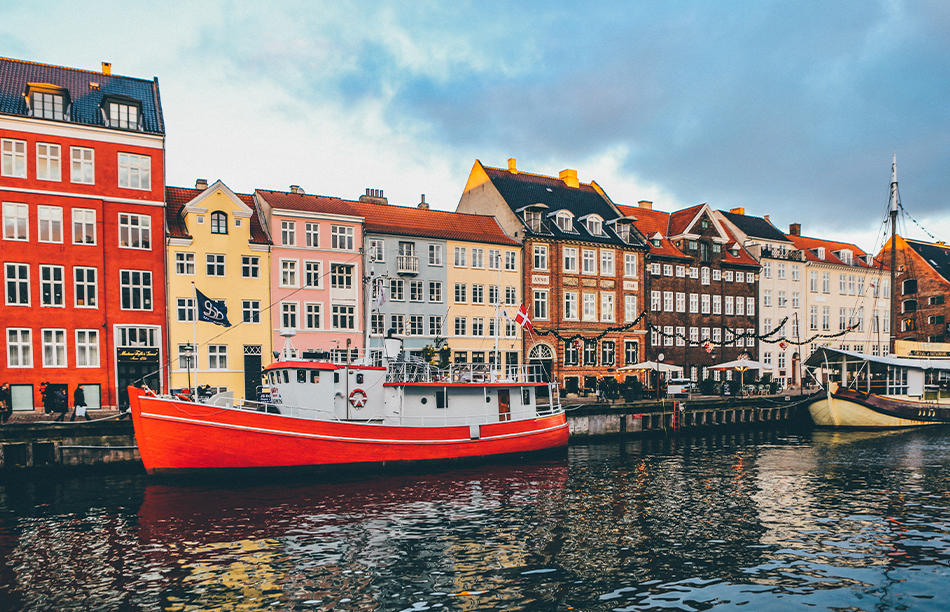 The majority of visitors to Denmark will begin their journey in Copenhagen, its largest city and capital. They should because Copenhagen is a lively city with a lot to offer. The medieval Viking fishing hamlet is now the country's cultural and financial hub. Most people come to Copenhagen for two reasons: to view the Little Mermaid, a bronze statue based on a Hans Christian Andersen fairy tale, and to visit Tivoli Gardens, Scandinavia's most popular entertainment park. Copenhagen features a horizontal landscape highlighted by numerous elegant castles and old churches and is known for its Dutch Renaissance architecture in the Christianshavn neighborhood.

Skagen, Denmark's northernmost city, is also the country's primary fishing port and one of the country's most popular tourist destinations, receiving two million tourists each year. Impressionist painters were drawn to this lovely community because of its stunning seascapes, long sandy beaches, and fisherman. In the early 1900s, Danish nobility spent their summers here, and Skagen continues to draw the rich today, including sailboaters from all across Scandinavia. At the confluence of the Baltic and North Seas, Skagen is known for its herring fishing, so make sure to try some while you're there. One of Denmark's oldest lighthouses is located in the city.