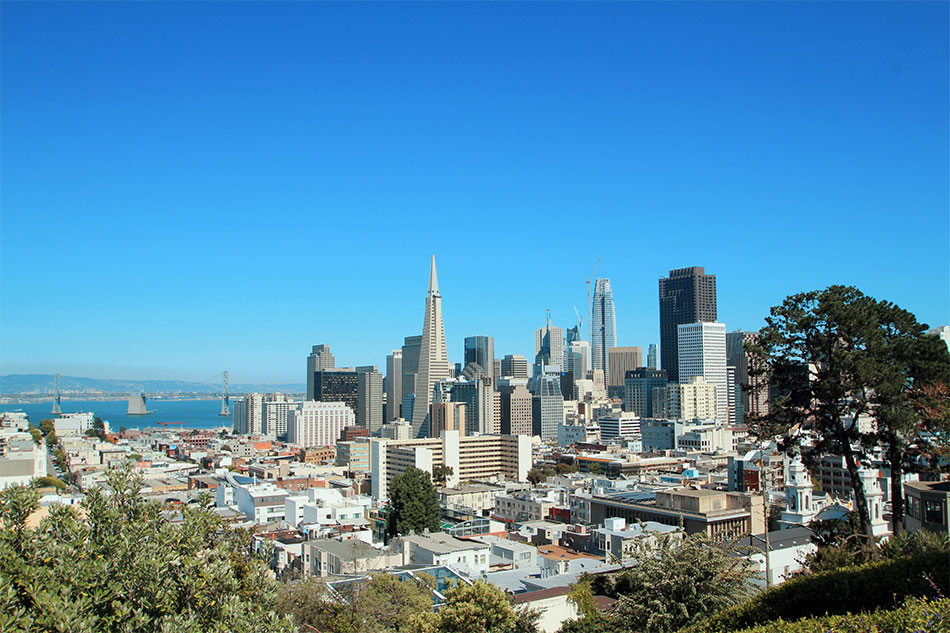 Most Popular Regions in California

California is the third-largest state in the United States. It is home to many beautiful landscapes, including the world's most beautiful Highway 1 and arid deserts that contrast with the stunning coastline. California is also home to some of the country's most well-known and treasured national parks, including Joshua Tree, Redwoods, and Yosemite. 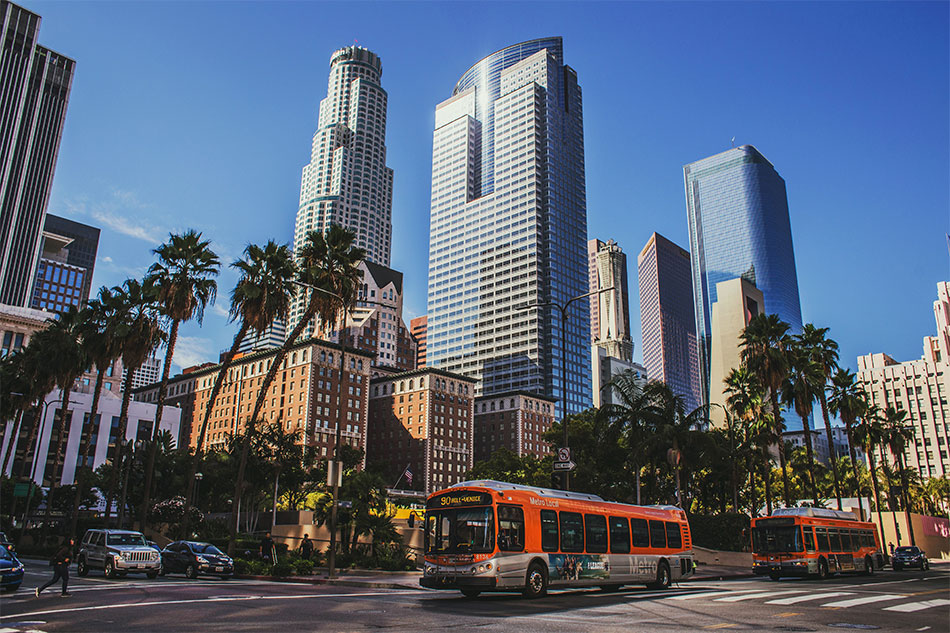 Southern California is a beautiful mix of different peoples and cultures; diversity can be found in thriving cities and majestic landscapes. The Mojave Desert can be seen to the east, while the scenic Pacific coastline is lined with sparkling beaches, the lovely Channel Islands, and many mountains and majestic peaks.

Southern California is also one of the most people regions in the United States, famous for being the birthplace of Hollywood and the American film industry and the location of the much-loved Disneyland. Los Angeles and its surrounding metropolitan area, which also has the most fantastic population spread, and San Diego, are also well worth a visit, with many activities to choose. 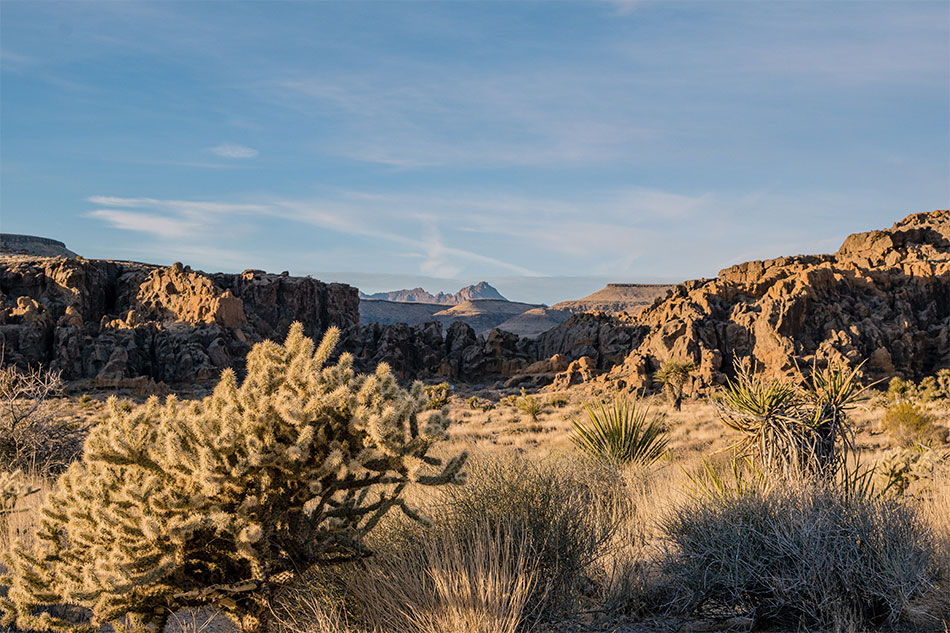 The California desert is spread out in the southeastern corner of the state and is a place of spectacular scenery. In addition to the magnificent Mojave Desert, two famous parks, Death Valley and Joshua Tree Park are worth exploring.

California is a diverse habitat for a variety of outdoor activities. The White Mountains and San Bernardino Mountains are ideal for hikers, climbers, and campers, and the region's outstanding national parks offer an incredible variety of wildlife and scenery.

In addition to enjoying its natural wonders, California has some beautiful places to visit, including the desert resort oasis of Palm Springs, the charming wineries of Riverside County, and Big Bear Lake, which offers a variety of water sports. 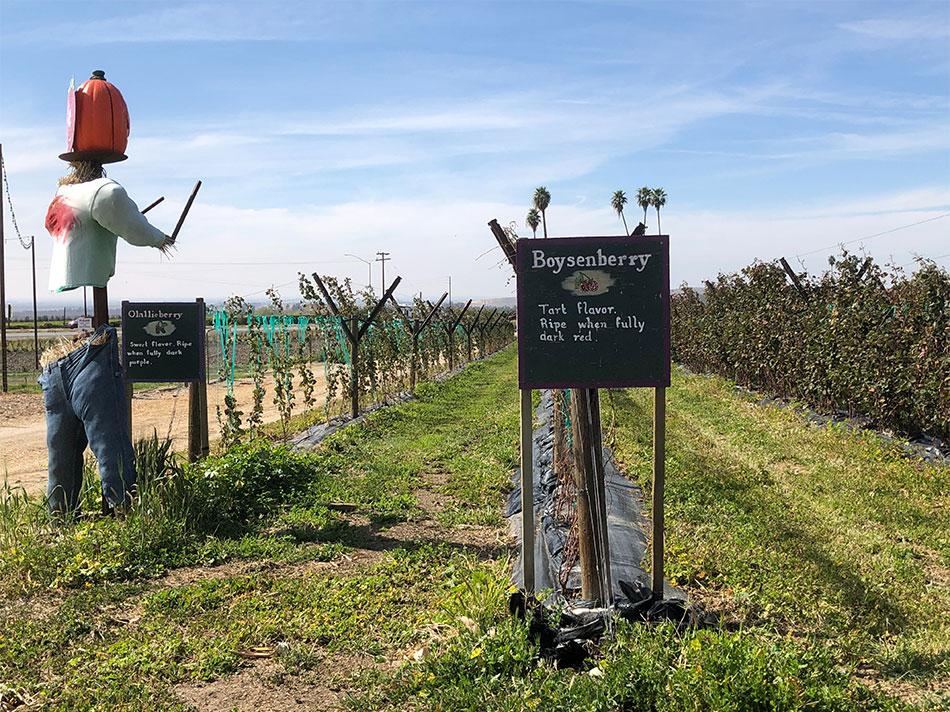 Composed primarily of farmland, the San Joaquin Valley is the breadbasket of California and one of the most important and productive agricultural regions in the world. While much of the region is a flat, forested nature preserve, the foothills of the Sierra Nevada Mountains and patches of barren but strangely beautiful desert dot the landscape from time to time. The Sacramento and San Joaquin rivers also cross the valley.

The cities of Fresno and Bakersfield are dotted with fields and farms. They both have attractions worth seeing, such as the Fresno Art Museum and the fantastic Kern Country Museum, the Fresno Underground Gardens, with various historic buildings. 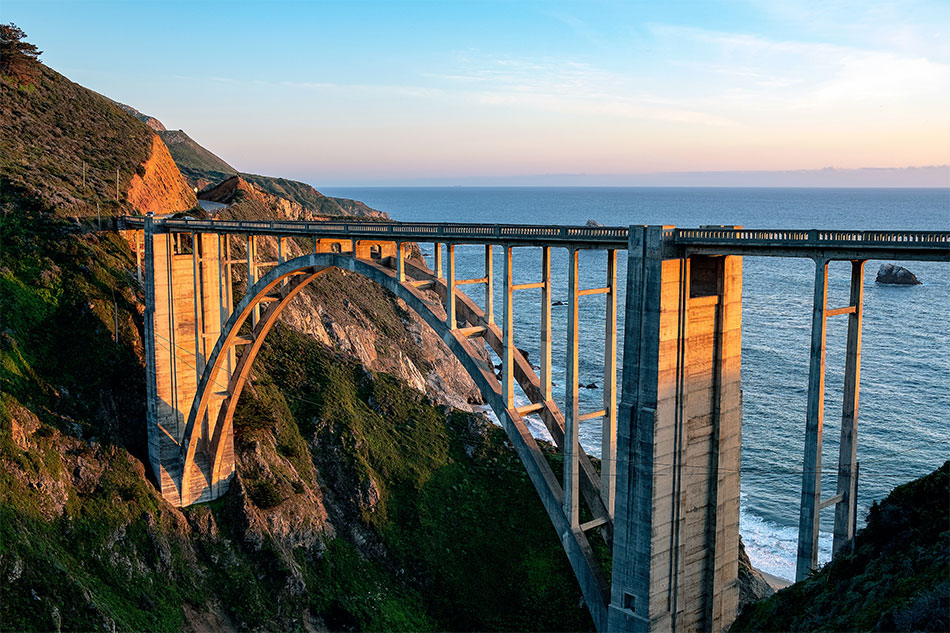 This lovely region covers the state's central coast and is relatively peaceful and laid back compared to its neighboring cities of San Francisco and Los Angeles, located to its north and south, respectively. It is ideal for those who enjoy quiet and like to be close to nature.

Knowing for its rugged cliffs, beautiful beaches, and unspoiled scenery, the famous Big Sur is also here. There is something else of beauty here, as the state is crossed by the Coastal Mountains and the Santa Cruz Mountains, with their wildflower-filled meadows, steep canyons, impressive rock formations, and the stunning Channel Islands National Park just offshore.

It is also home to centuries of Spanish missions and fascinating wineries. Carmel, Santa Barbara, and Santa Cruz are delightful beach towns with golden beaches, lively downtowns, and beautiful settings.

The Sacramento Valley is the seat of the state capital, Sacramento, and is located around the California Delta, crossed by the Sacramento River. The Sacramento Valley has many excellent farmer's products for you to sample. It consists primarily of extensive agricultural areas, farmland, and rolling fields, with the wineries of Yolo County worth a visit.

Also, it is home to some beautiful wildlife refuges because of its agricultural nature. If you like idyllic scenery, you can go bird watching, boating, or fishing and take a walk in the Plumas and Tahoe National Forests. 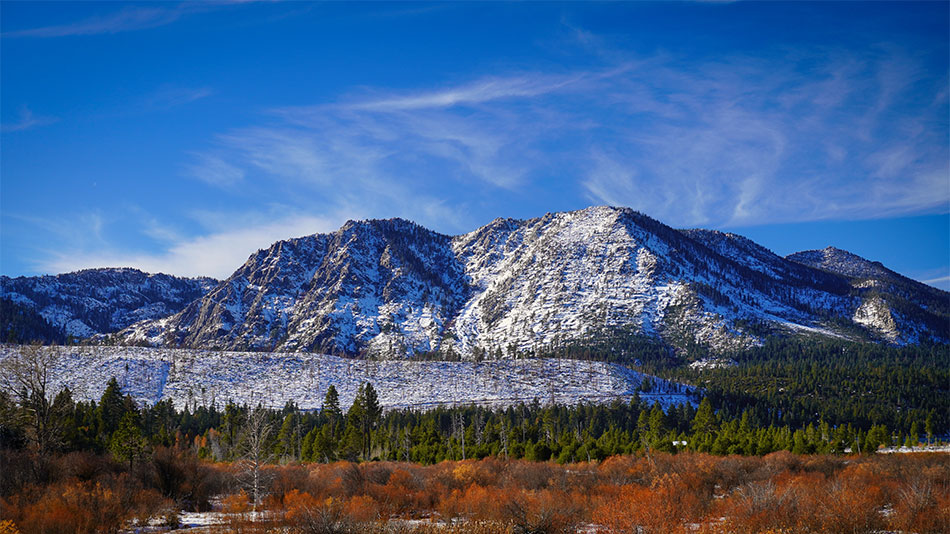 Yosemite National Park is a popular tourist attraction here, with its towering peaks and breathtaking views, while Sequoia and Kings Canyon National Parks are also well worth a visit. Devil's Pile National Monument has sparkling Rainbow Falls and the majestic Mount Whitney, the highest peak in the continental United States. Hiking, rock climbing, and camping are the most rewarding activities to experience when visitors come here.

The towns of Tahoe City, which boasts natural beauty, and South Lake Tahoe attractions, both located on the shores of sparkling Lake Tahoe, offer boating and other water sports if you want to experience water sports when you come here. 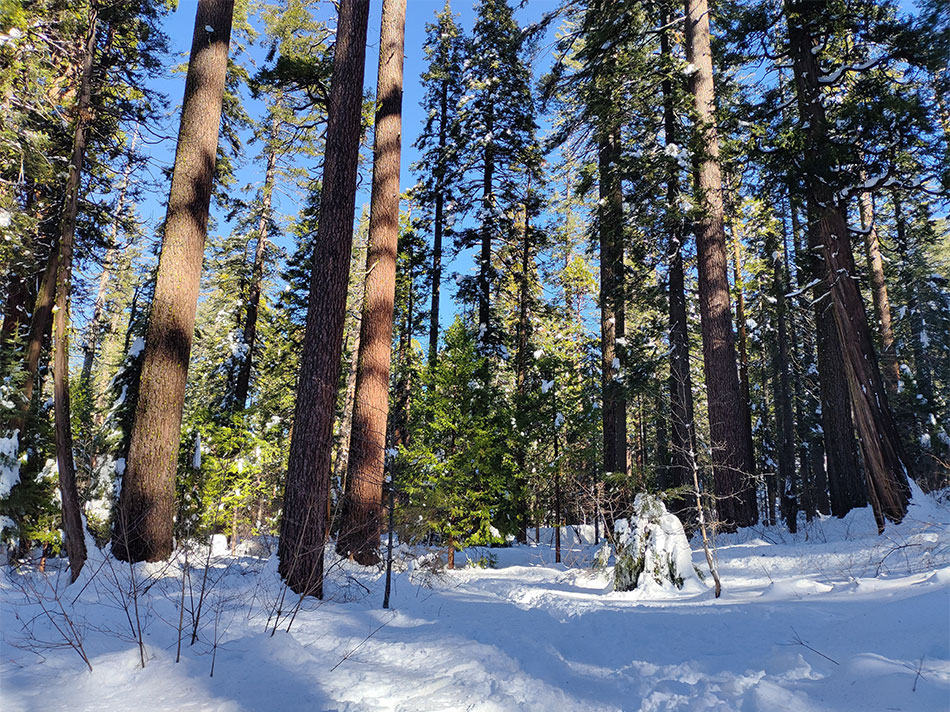 Located in the foothills of the Sierra Nevada Mountains, the "Gold Country" is named after the shiny mineral that attracted so many prospectors to California. It began as a wave of gold mining, and now there are many historic towns and mining villages throughout the region.

And the historic towns of Grass Valley, Jamestown, and Twain Harte are beautiful to visitors. Each has gorgeous old buildings to explore and museums and monuments to the California Gold Rush, landmarks that symbolize the region's former history. 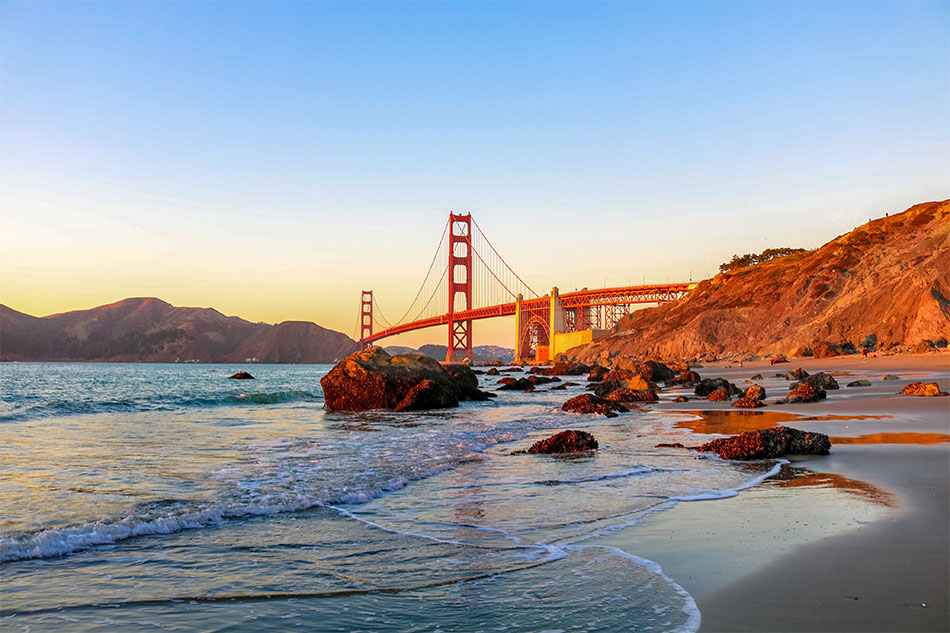 The Bay Area encompasses the magnificent San Francisco Bay and is home to one of the most well-known cities in the United States. In addition to its glittering waters and the infamous Alcatraz prison, it is home to cities such as San Jose, the heart of Silicon Valley, and Berkeley, one of the country's most prestigious universities.

However, the main draw is San Francisco, rich in historical and cultural landmarks such as the Golden Gate Bridge and Fisherman's Wharf. Its well-known cable cars can take you around the vibrant and scenic city. San Francisco is one of the most popular cities to visit in the United States, owing to its distinct and eccentric counterculture.

The Bay Area has some stunning natural beauty away from its sprawling metropolis, with numerous hiking trails and cycle paths winding around Mount Diablo State Park. In the scenic Napa Valley, a world-famous wine region, you'll find a plethora of world-class wineries and vineyards. 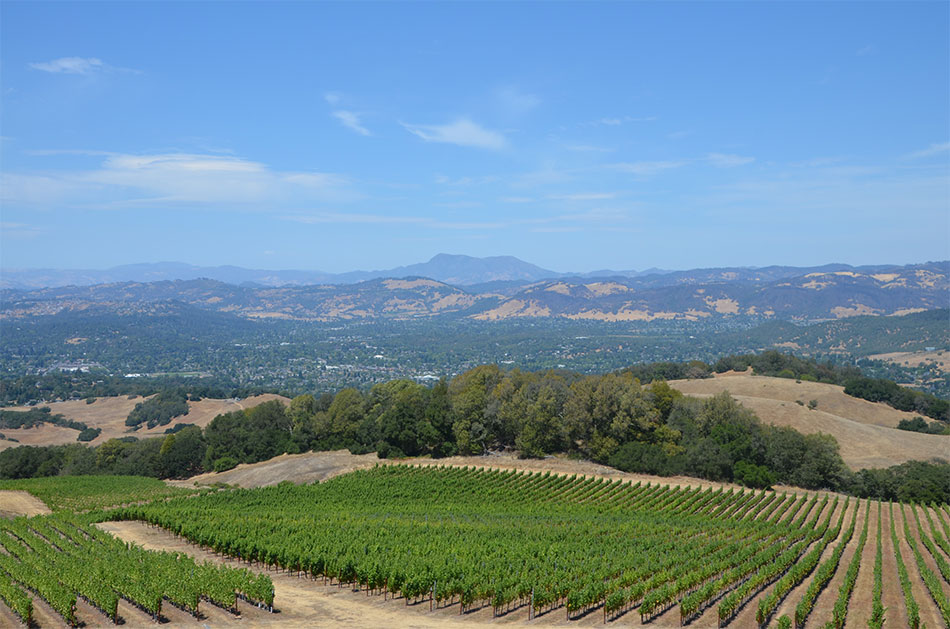 The North Coast is a beautiful region of California to explore, hugging the scenic northern California coastline. Its inland valleys and towering redwood forests provide a delightful contrast to the beautiful beaches and charming coastal towns.

Because of its scenic beauty, the area offers a wide range of recreational opportunities, including bird watching, hiking, and horseback riding. You can boat, fish, and watch whales along the coast. The breathtaking Redwood National Park stands out among its many awe-inspiring natural landscapes; its majestic trees are certainly unmatched by anything you've ever seen.

And there are also many beautiful wineries on the North Coast, which can be found in Sonoma County. In addition, the laid-back city of Santa Rosa and the artsy, trendy town of Mendocino are both worth a visit. 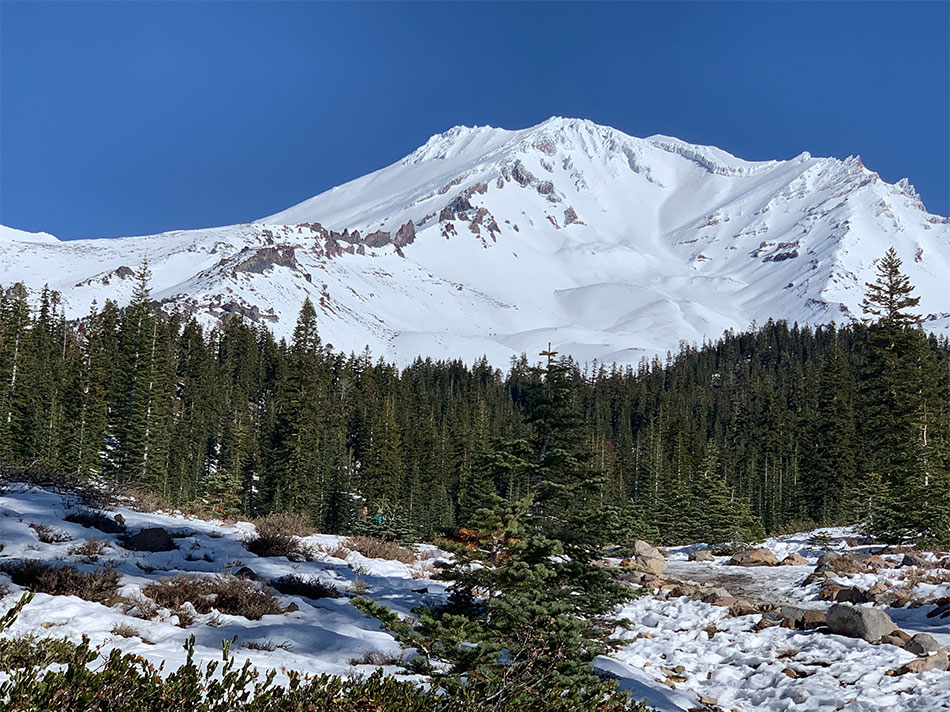 The sparsely populated Shasta Mountains cover the northeastern corner of the state and are home to a spectacular array of mountains, hills and forests, and volcanoes and lakes.

Much of the region is made up of remote and scenic areas. Still, some of the most breathtaking landscapes are found in Lassen Volcanic National Park and Lava Beds National Monument, which have fascinating geography and terrain to explore.

Also, because of the small population, the towns and cities of the Shasta Mountains feel a world away from the bustling cities of Los Angeles, San Diego, and San Francisco, and you can stop in Redding and Weaverville to take in the beautiful natural beauty of the surrounding area.