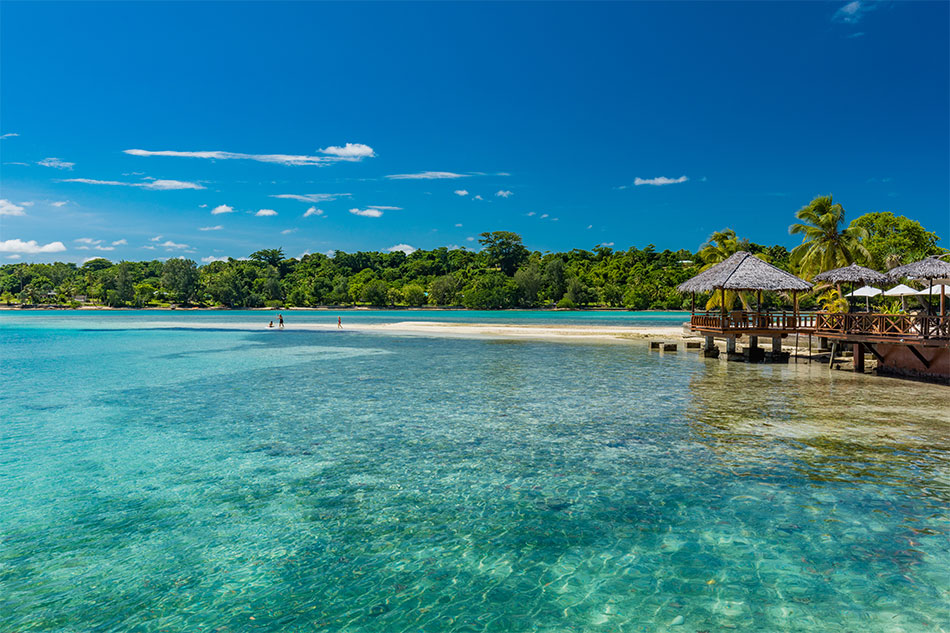 The Most Comprehensive Travel Guide to Tonga 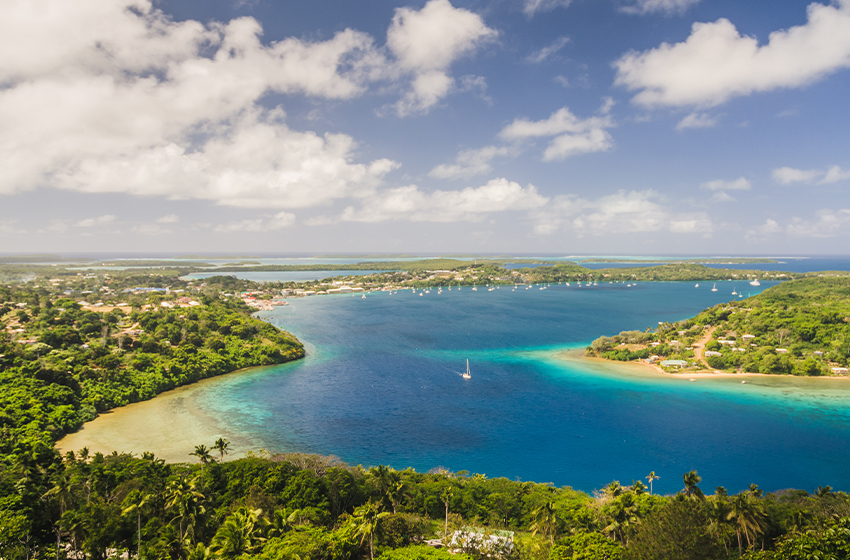 On January 14, an underwater volcano erupted in Tonga, an island country in the South Pacific. On the 15th, it erupted again, causing a tsunami that hit Tongatapu, the largest island in Tonga. New Zealand and Australia have sent planes to inspect, and no major casualties have been reported at this stage. New Zealand's leader said Tonga's main island was devastated by a volcanic eruption and tsunami and pledged swift aid to Tonga's Pacific Islands, a day after the the island nation of Pacific was hit by tsunami waves. Communication with the outside world has not been restored. Pray for this magnificent island in the South Pacific. 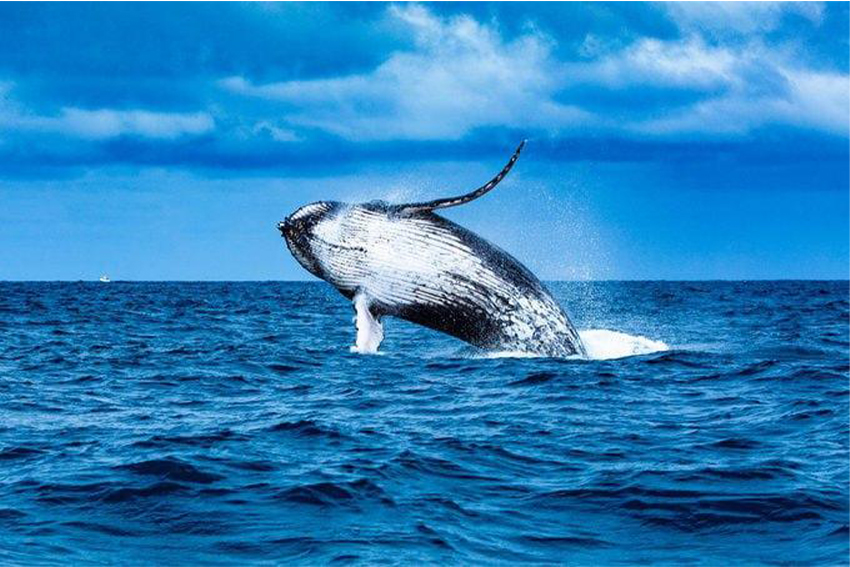 This article tells you the best 10 things you must experience when you come to Tonga.

Each year humpback whales migrate more than 5000km, from Antarctica to Tonga to give birth, nurse and mate. They can blow a heart-shaped blast of mist about 5m tall. Humpbacks often propel themselves above the water and then splash back down, which is called breaching. Swimming with humpback whales is the most unmissable Tonga experience. Experienced local guides assess the whales' willingness to make contact with humans before taking small groups of whales into the water at a time.

2. Mapu 'A Vaea Blowholes are a Must-see

The raw strength of the ocean can be felt in Houma. Clear blue surges crash against the shore, push a short distance beneath the granite shelf, then erupt with a whistling roar through natural blowholes all along the coast. This must-see Tonga natural phenomenon is at its most dramatic when the tide is in and the swells are large, creating water spouts up to 18 meters high. The blowholes are unquestionably one of the most spectacular sights on the island.

Swallows Cave is probably what you've seen in images of an underwater cave with thousands of fish and beams of light shining from the cave's entrance. Swallows Cave, carved into the cliffs of Kapa Island near Vava'u, is a popular stop for snorkeling and boating tours in the island group. The cave is notable for being home to rare Pacific swallows, although the cave is most known for its snorkeling.

4. Watch the Sunset at Ha'atafu Beach

Swim or snorkel in the crystal-clear lagoon of Ha'atafu, one of the nicest beaches on Tongatapu's main island. Book a table at one of the oceanfront restaurants for lunch, then stroll along the long coastline to watch the sunset below the horizon. Ha'atafu Beach is located in the Kanokupolu district on the northwest end of the island, about 30 minutes by vehicle from the capital Nuku'alofa.

You've probably never seen so many pigs in your life. They're now roaming the streets, basking on beaches, fishing in the sea, lounging in gardens, attempting to enter stores, and generally racing about on their feet whenever you leave the house.

Traditional favorites like suckling pig and 'ota'ika, raw fish marinated in lemon and coconut cream, are common. Steamed fish, poultry, octopus, beef, and a variety of fresh local veggies may also be given. A few accommodations, including the famed Vakaloa Beach Resort, host regular Tongan feasts and cultural nights. Passion, pride, and intensity are always present in cultural acts. The majority of the guests are usually locals, which is a solid sign of authenticity.

6. Take One of the Shortest Flights in the World

The flight from Tongatapu to Eua takes only six minutes, yet it was the longest six minutes of my life.

You must walk through the corridors at Talamahu, Tonga's main fresh-produce center if you want to discover the truth about Nuku'alofa. You'll find veggies and other things stacked into handcrafted baskets, piles of bananas, colorful piles of fruit, and numerous cooked-food kiosks, as well as superb (and reasonably priced) Tongan arts and crafts. The entire area is alive with conversation and trade. Monday through Saturday, 8:30 a.m. to 4:30 p.m., the market is open. Come early for the best selection. Saturday mornings are a great time to visit the market because it is at its busiest.

8. Visit the Only Royal Palace In the South Pacific

The Royal Palace is made of kauri wood and was built in 1864 for King George Tupou I. To this day, it is still the residence of the royal family. Although the Palace is not open to the public, it is easily visible from the ocean. Tonga's capital is the most well-known settlement name in the country for obvious reasons. The Royal Palace and the Talamahu Market are both renowned sites in Nuku'alofa, which is located on Tongatapu's northern coast. Despite being the capital of the only kingdom in the South Pacific, the town is relatively small.

One of Tonga's most famous historical sites is the stone trilithon, Ha'amonga 'a Maui. The monument is sometimes called the "Stonehenge of the Pacific". Tongatapu's coral limestone megalithic structures are said to have been built in 1200 AD by the early king Tui Tonga Tuitatui. It was constructed in honor of the king's two sons, who are symbolized by the two upright stones and their bond by the lintel stone at the top. Also on site is Maka Faakinanga, said to be a sloping stone that is said to have served as the king's throne.

10. Attend a Worship at a Tonga Church

Tonga is a Christian country. Churches are an important part of social and cultural life. Churches can be seen all over the country, and even in the most remote places, bells calling for people to attend morning church services can be heard every day.

Daily life and workweeks are organized around the Christian worship calendar. The rules regarding the use of Sunday as a day of rest in terms of the Sabbath are fairly strict, widely supported and consistently enforced across the country. Most stores are closed and only essential work (such as emergency facilities) is allowed. People are also not allowed to participate in outdoor activities such as swimming. It is generally expected that everyone will go to church on a Sunday, usually followed by an "umu" (earth oven) feast.

You can go to St.Joseph’s Cathedral on top of Neiafu for a church event.