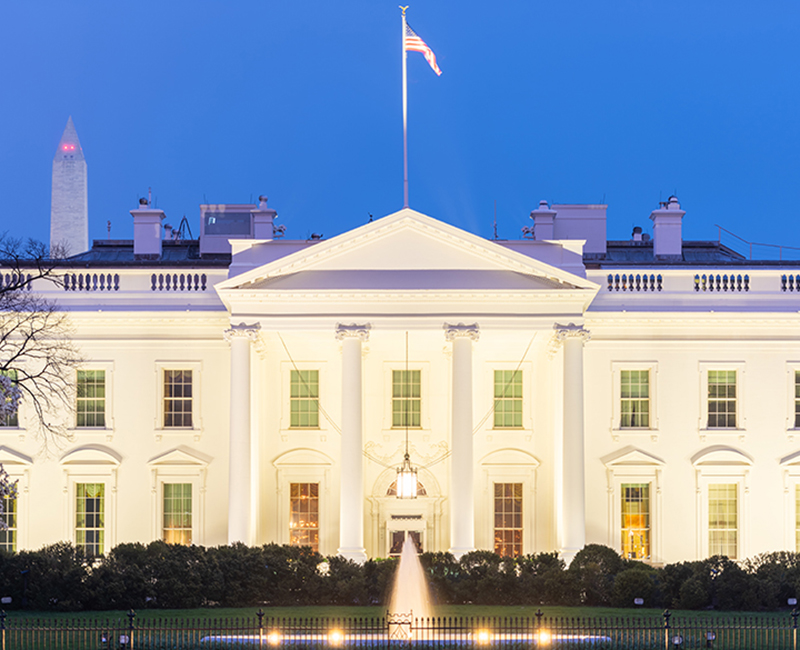 Washington, D.C., the capital of the United States, is jam-packed with wonderful things to see and do. Aside from housing the legislative, executive, and judicial departments of the government, the National Mall is home to scores of world-class museums and many marble-clad monuments and memorials.

The dynamic metropolis, which is its federal district, is located on the east bank of the Potomac River, wedged between Virginia and Maryland. While the remainder of the city is worth seeing owing to its vibrant food and nightlife scenes, most visitors stick to the National Mall, which houses practically all of Washington D.C.'s key tourist attractions.

This is because the beautiful, green parkland is surrounded not only by the White House and Capitol Building, but also by the Lincoln Memorial, Washington Monument, and other Smithsonian institutions. 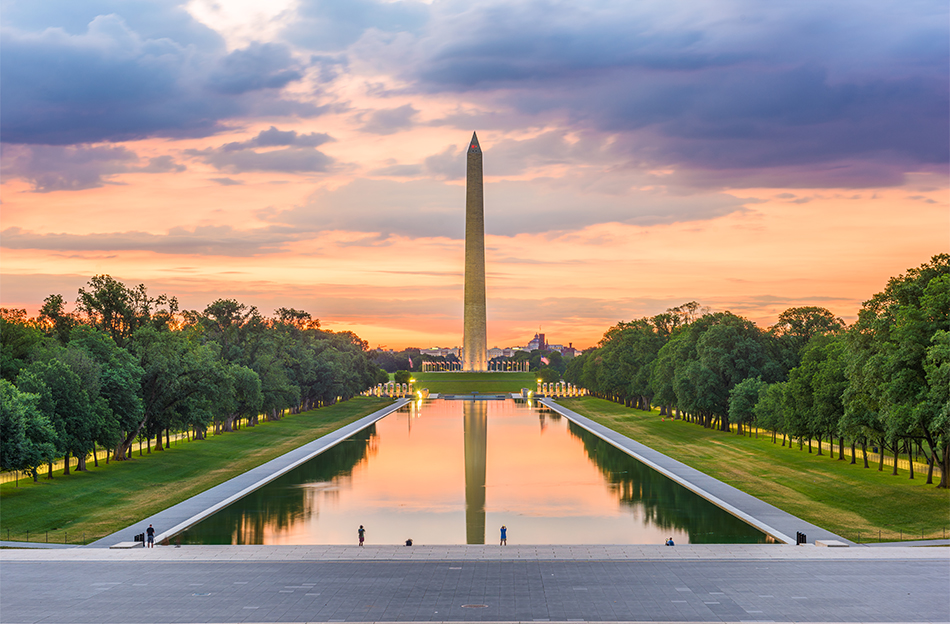 Visitors to Washington, D.C. should not miss a stroll along the National Mall, a greenway that passes by several of the city's most notable landmarks. The National Mall, located in the heart of the city, spans west from the US Capitol to the Potomac River and east from the Jefferson Memorial to Constitution Avenue.

Several Smithsonian institutions and the Vietnam Veterans Memorial are located across the street from the mall yet are nonetheless considered part of it. The Reflecting Pool, as well as memorials to Presidents Ulysses S. Grant and James Garfield, are located to the east. It is Washington's most popular tourist site, with over 24 million visits each year. 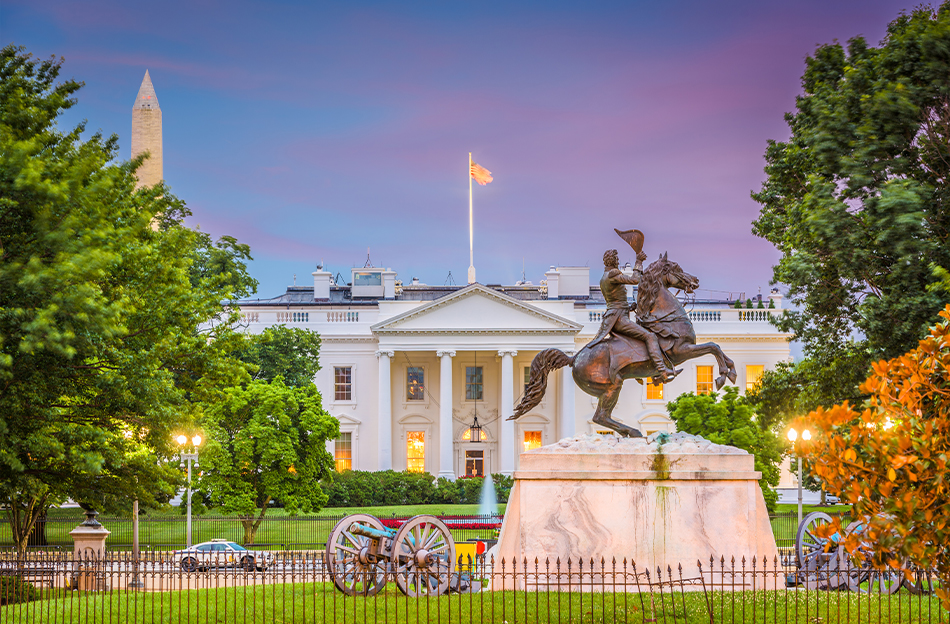 The site for the White House was chosen by George Washington, the nation's first president, but it was President John Adams who was the first to dwell there. During the War of 1812, the British set fire to it, although it was afterward rebuilt. For guests who plan, self-guided tours are offered. They must schedule a tour with their congressman's office 21 to six months ahead of time. 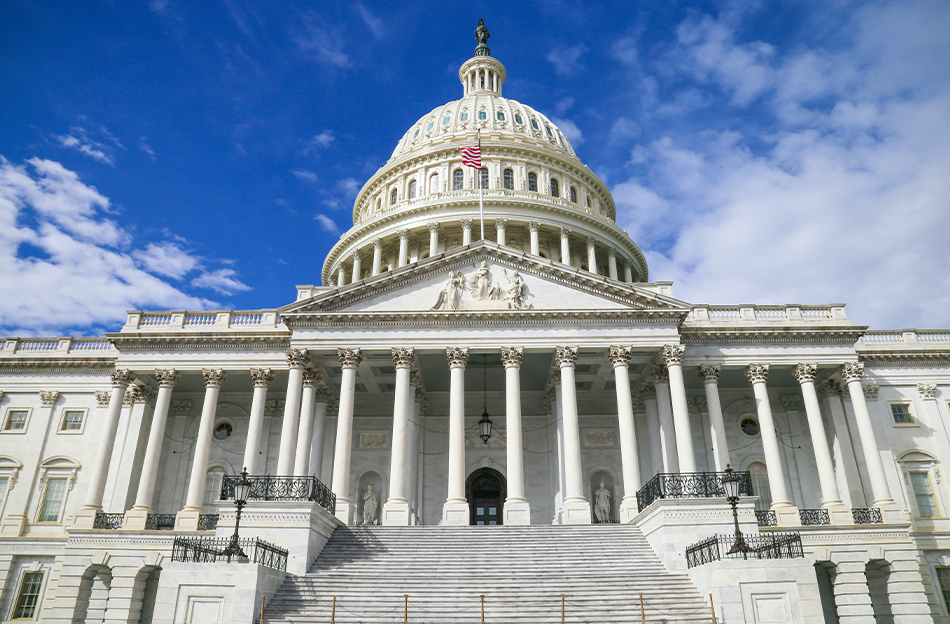 Congress meets at the United States Capitol. When the Senate and House of Representatives are in session, the chambers are available to the public. Free passes are required for visitors, which may be obtained through their congressman's office. They can also receive permits to tour the Capitol building at the same time, although guided tours do not allow them to see visiting politicians in action.

The Capitol was one of the first structures built by the new United States government after the Revolutionary War. Construction began in 1793, and the first legislative session was held there in 1800. The rotunda, which is located beneath the dome, is the heart of the Capitol building. This is where dignitaries, such as presidents, are laid to rest. 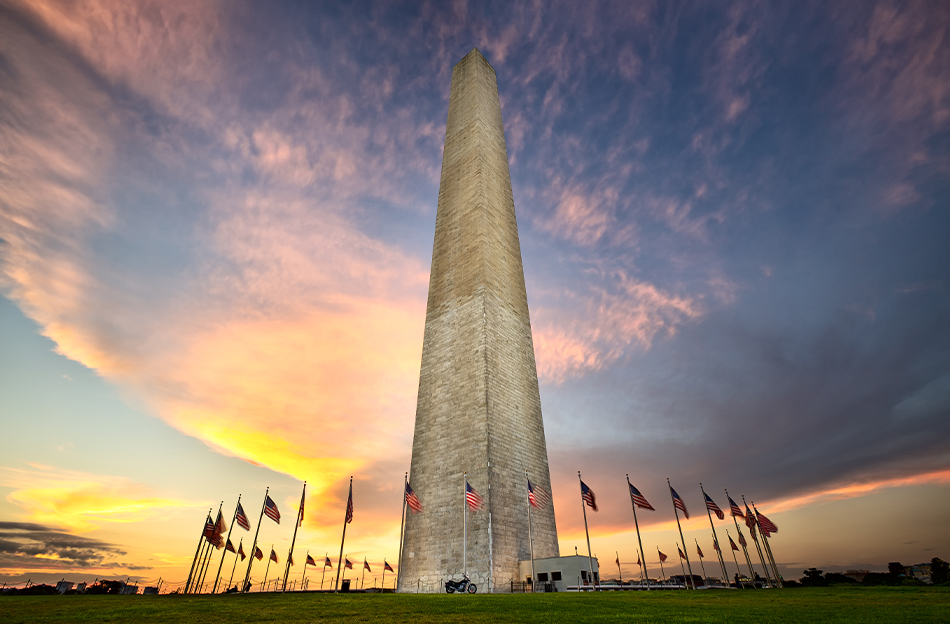 The stunningly bright white Washington Monument, one of DC's most iconic and distinguishing features, rises impressively over the National Mall below. The massive obelisk, which stands 555 feet tall, honors the First President of the United States and his major military accomplishments during the American Revolutionary War.

The world's largest monument column, it towers above the Reflecting Pool and the Lincoln Memorial, creating a magnificent spectacle. You may visit the spectacular marble structure's tall observation deck in addition to snapping images of it. Many of the city's most significant and magnificent landmarks, museums, and memorials can be seen from here, and the vistas are just breathtaking. 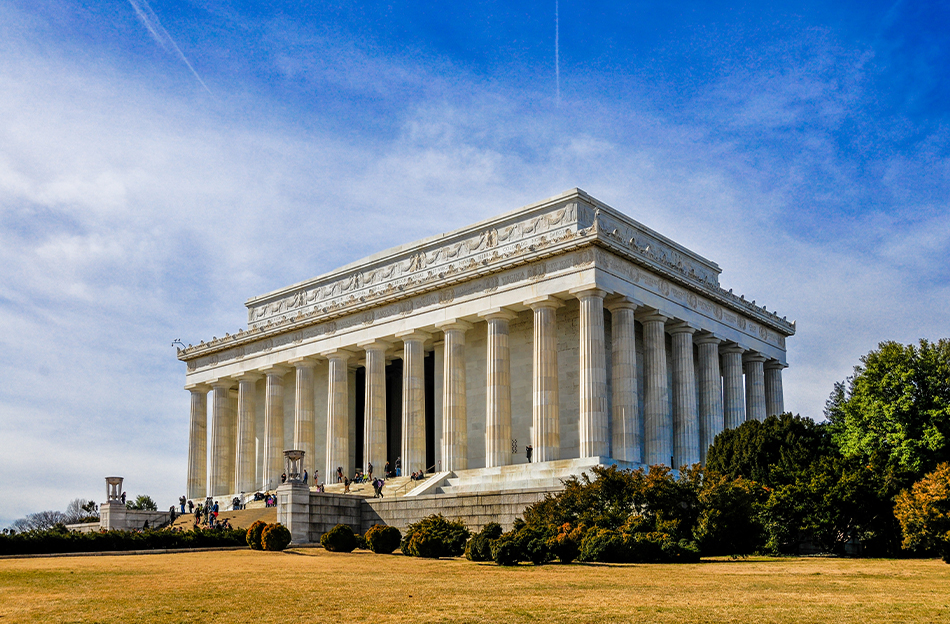 The Lincoln Memorial is a magnificent homage to Abraham Lincoln, the 16th president of the United States, who was killed while attending a theater play. A Greek Doric-style temple surrounds a colossal statue of the seated president. In 1922, the memorial was consecrated in the presence of Lincoln's last surviving son, Robert Todd.

Martin Luther King Jr. made his famous "I have a dream" speech in 1963 at the memorial, which is located on the west end of the National Mall. It has also appeared in several films, including Mr. Smith Goes to Washington (1939), Nixon, and a Simpsons episode. The monument is open 24 hours a day, with rangers on duty from 9:30 a.m. to 5:00 p.m. 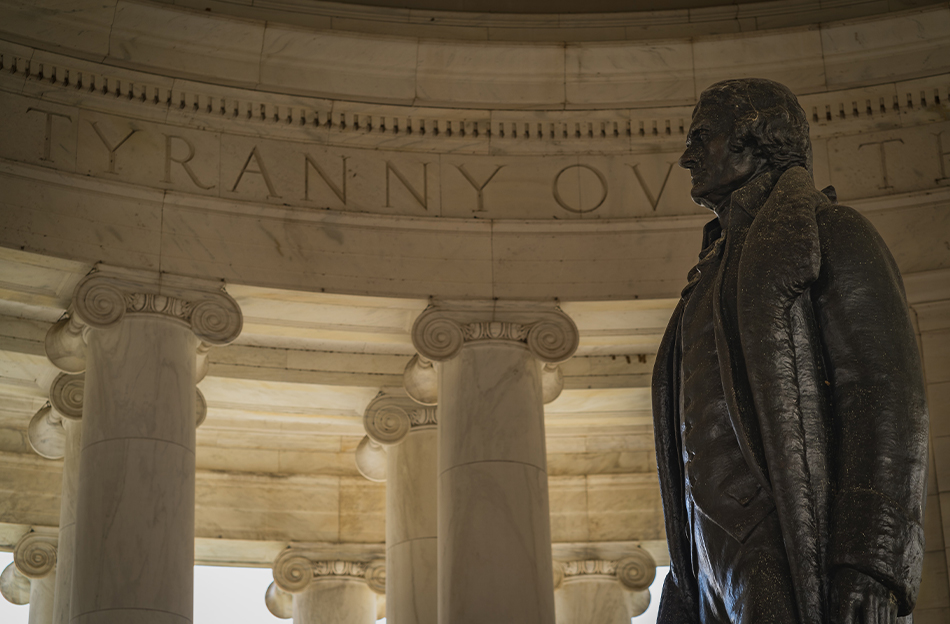 The Jefferson Memorial pays homage to the third president of the United States, Thomas Jefferson, and includes many of his architectural ideas. Its stately design is reminiscent of Rome's Pantheon. This design sparked debate since it appeared too similar to the Lincoln Memorial. President Franklin D. Roosevelt, who lay the cornerstone in 1939, ended the argument.

It is a tribute honoring Jefferson's beliefs as a politician and philosopher, and it is located on the National Mall. It contains a statue of Jefferson facing the White House. The memorial necessitated the removal of Japanese cherry trees, so it now hosts Washington's annual Cherry Blossom Festival. 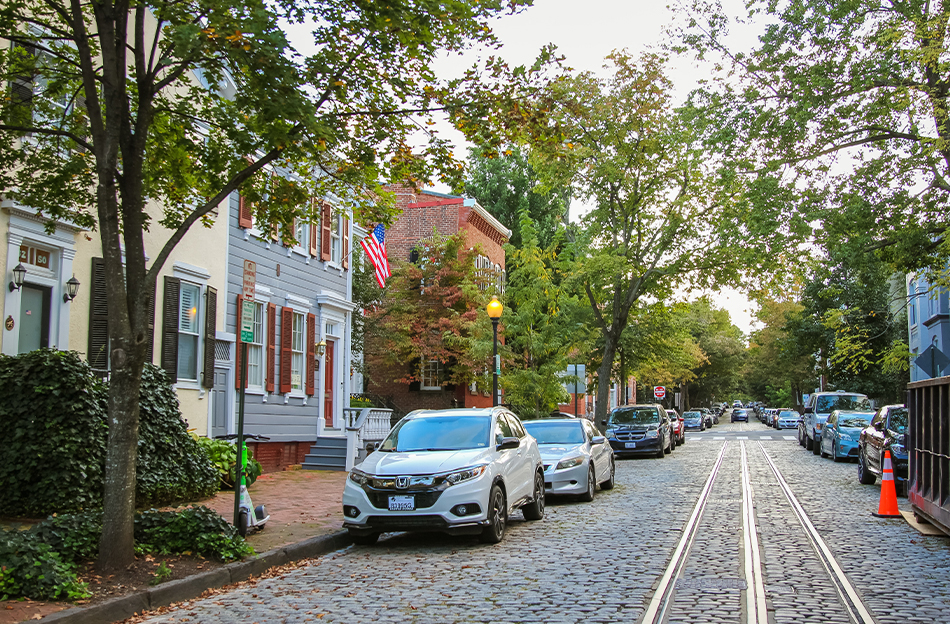 Georgetown is a historic area in Maryland that predates the establishment of the United States government in Washington, D.C. When Congress established the District of Columbia in 1871, it became a component of the nation's capital. Georgetown becomes a fashionable destination to live, work, and play. It is home to a prestigious university, many embassies, and the Old Stone House, the city's oldest standing structure.

The neighborhood, which is located in northwest Washington, D.C., has been home to notables such as Thomas Jefferson, who lived there while serving as vice president of the United States; Francis Scott Key, who wrote the Star-Spangled Banner after the War of 1812 battle; and John F. Kennedy, who left his home there to move into the White House.

The United States does not have an official national cathedral since it prefers to keep religion and state distinct, but if it did, it would have to be the Cathedral Church of Saint Peter and Saint Paul in the City and Diocese of Washington, which is regarded as the nation's spiritual home.

This Neo-Gothic building, also known as Washington National Cathedral, is the world's sixth-biggest cathedral. Presidents Eisenhower, Reagan, and Ford all had funerals here. The cathedral's worship services are free, but there is a fee to visit the remainder of the building. 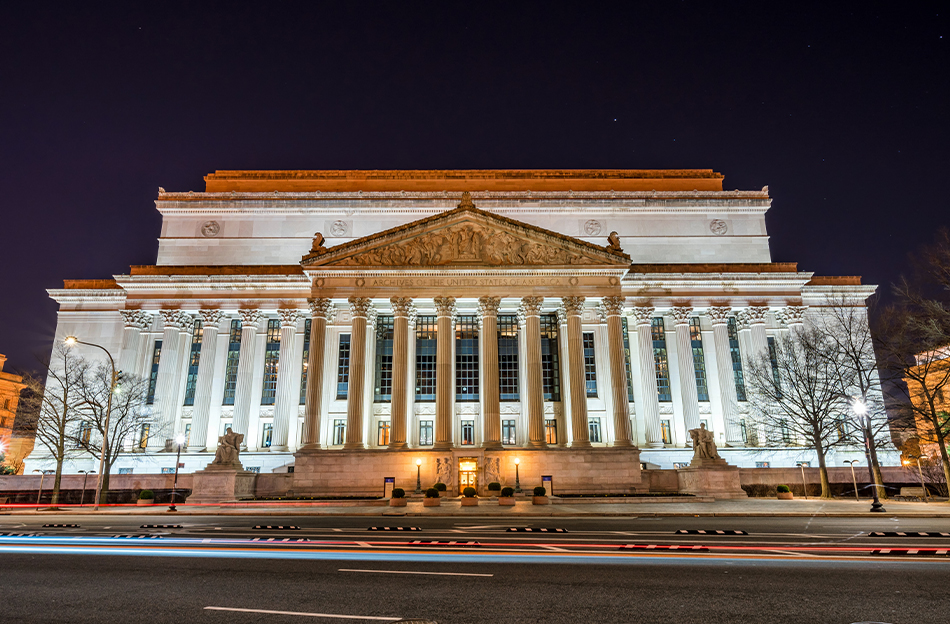 The National Archives Museum is located on the north side of the National Mall and houses some of the country's most important papers. It includes not just the Declaration of Independence and the Constitution, but also the Bill of Rights, which is sure to please history buffs.

The magnificent edifice, which was built in 1933, has excellent architecture and a spectacular exterior that faces the famed and dazzling rotunda within. Before proceeding on to other equally intriguing rooms that show the Emancipation Proclamation, Louisiana Purchase Treaty, and an authentic Magna Carta dating from 1297, you may explore the Charters of Freedom. 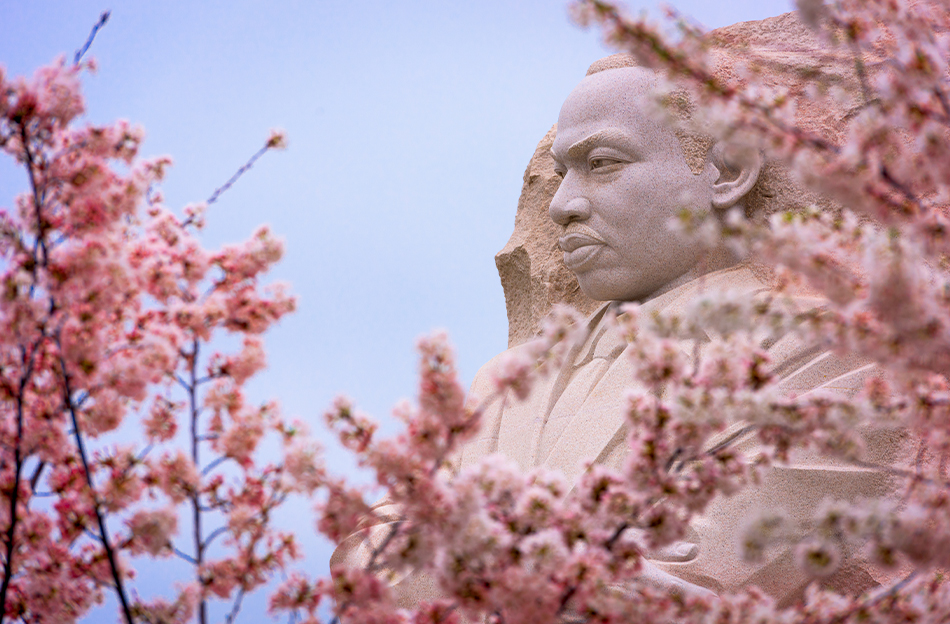 The magnificent statue that makes up the Martin Luther King Jr. Memorial is one of the many must-see landmarks in D.C. It is located in the northwest corner of the Tidal Basin, just off the National Mall, and is dedicated to the inspirational leader of the Civil Rights Movement.

The 30-foot memorial, which was just completed in 2011, is etched with inspiring and touching excerpts from King's lectures and sermons. The spectacular monument is now a popular location to visit and photograph, thanks to its tremendous symbolism, gorgeous design, and the enormous influence he had on the country, with many more memorials also resting nearby.