Visiting some of the centuries-old castles that dot the landscape around Ireland is, of course, one of the unique things to do in Ireland. The 13th century Dublin Castle amid the busy metropolis to the historic Trim Castle, one of the Emerald Isle's largest and most legendary forts and the location for the film Braveheart, are just a few of your castle options.

You may dress up like a Game of Thrones character, fire arrows in the castle ward's courtyard, or go around the ruins of Dunamase Castle, which stands guard over the countryside in eastern Ireland.

Local and regional rulers erected forts to secure their territory and possessions throughout the years, which is why Ireland has so many castles. Their castle homes were symbols of riches and power. 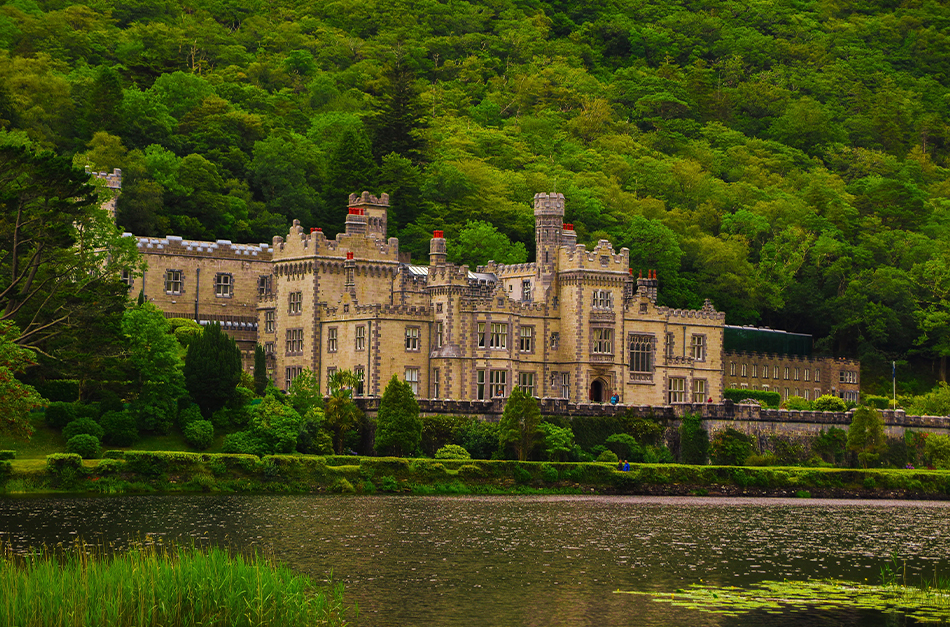 In the northwest of Ireland, Connemara has one of the most spectacular castles, overlooking Lough Pollacappul. The castle is over 15,000 acres of land and features gorgeous grounds and a traditional Victorian walled garden.

The castle was erected in 1871 as a present for an English doctor's wife. The land changed hands multiple times until being bought by the Irish Benedictine in 1920 and became an Abbey. Although tourists can explore the castle grounds on their own, first-time visitors should join a guided tour to learn more about its history and importance.

Going inside to witness the renovated chambers and relics from former owners, wandering through the six acres of walled gardens dotted with fruit trees, flower and herb gardens, and seeing the estate's Neo-Gothic chapel are just a few of the things to add to your Kylemore Castle must-do list. 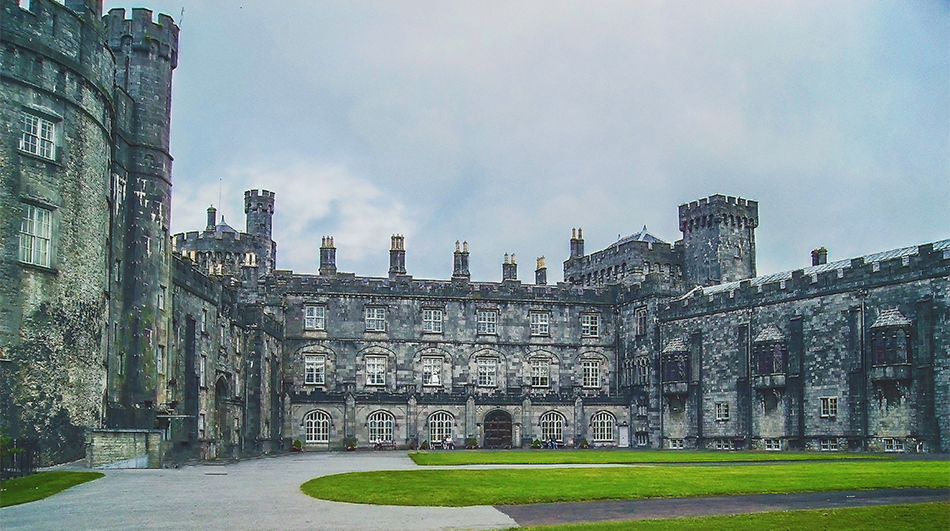 Kilkenny Fortress is a 12th-century castle in southeast Ireland that overlooks the River Nore. Following the Norman invasion, the court contains a significant element of Irish history. Kilkenny Castle was privately held for hundreds of years until it was transferred to the city of Kilkenny in the mid-1960s.

It is still one of the country's most outstanding examples of castle building today. You can observe how the castle's ancient foundation twists through the ground level by walking the steps beneath the Rose Garden Terrace. Keep an eye out for the circular chamber beneath the West Tower, which provides insight into the building processes utilized during the castle's construction in the 13th century. Compared to today's technology and machinery, it appears to be labor demanding.

A cantilevered staircase, a marble fireplace, and a spectacular grand entry corridor that connects the east and west wings can all be found inside the castle. The castle's tapestry collection from the 17th century is especially worth seeing. You'll want to set aside some time to wander about the grounds, including a park and gardens. 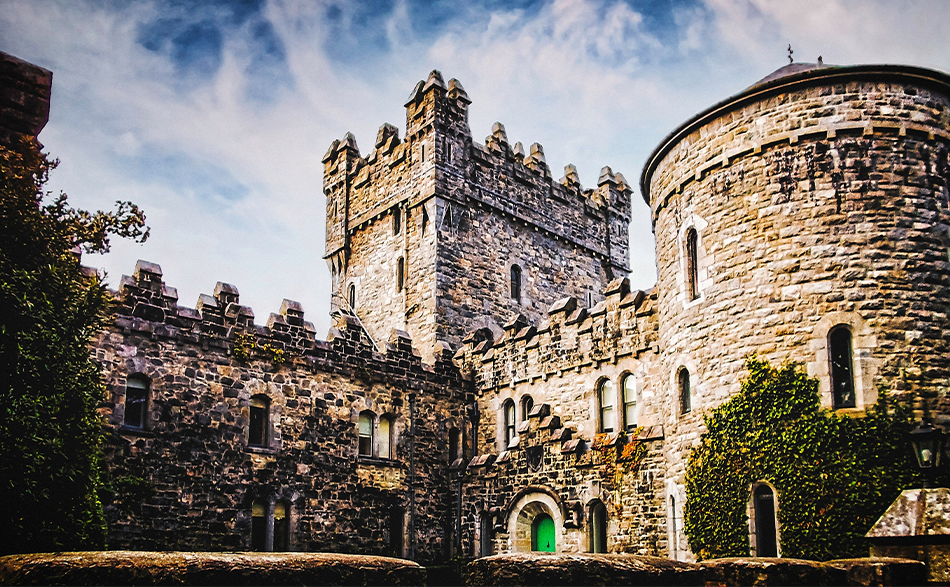 Glenveagh Castle is part of the Glenveagh National Park, which is an excellent place to visit if you want to do anything other than see the castle. This secluded 19th-century castle, located among the Derryveagh Mountains, served as an exquisite getaway for private owners since the 1800s.

Hollywood icons like Greta Garbo and Charlie Chaplin were known to visit the castle as personal friends of the proprietors.

The 40,000-acre grounds around the castle are ideal for exploring. Hiking the paths and strolling around the gardens are all options, taking a picturesque bus ride through the estate grounds from the tourist center.

The exquisite 16th-century Dromoland Castle has its roots in the Donough O'Brien family lineage, who controlled Dromoland in 1014 and is an Irish noble family name. The 450-acre estate is now a popular tourist attraction, with guests staying in luxurious chambers with canopied beds and ornate furnishings fit for a king.

The estate features a spa, an 18-hole championship golf course, and outdoor leisure, and it is a favorite wedding venue. While the Dromoland Castle is more of a destination than a day trip, even if you are not staying here, you may stop by for a look around.

Cahir Castle retains most of its original construction, one of Ireland's most giant castles. The castle was erected on solid rock on the banks of the River Suir, and it was one of the country's most formidable fortresses against invaders.

It is famous for its fantastic preservation, given that it was erected in 1142. Cahir Castle should be on your itinerary if you wish to view and experience authentic, original castle aspects. There are hour-long guided tours and an audio-visual display that tells the tale of the castle's long history. 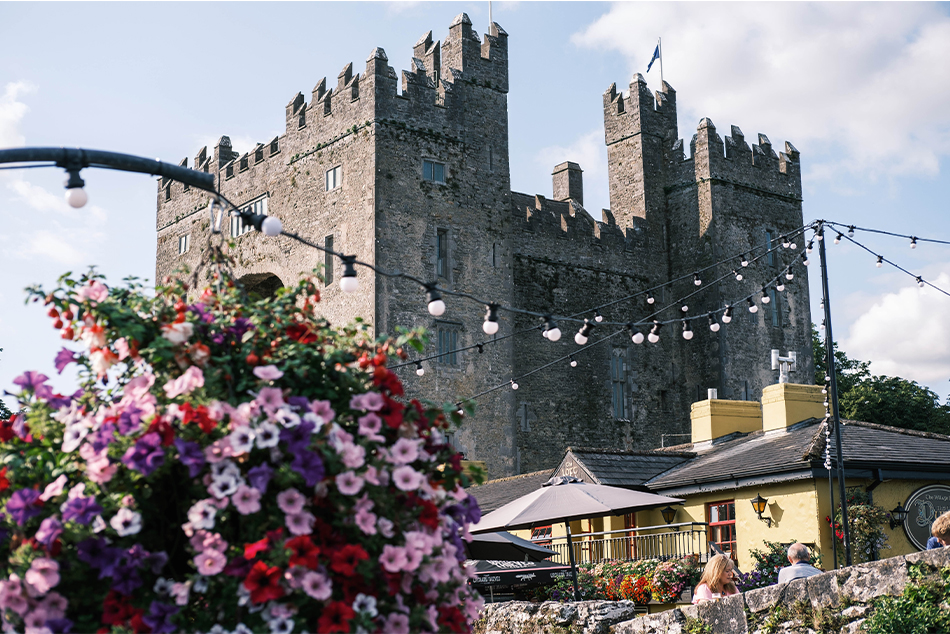 Bunratty Castle is one of the most impressive castles for immersing yourself in medieval times. In 970, the fortress was part of a Viking trade camp. It has been lovingly restored to its mainly original state and now houses one of Ireland's most extensive collections of medieval furniture.

On the grounds, there is a Folk Park, which is a 19th-century living village with 30 structures that depict life in Ireland in the 1800s. The town is fun for kids, who may roam through the reproduced farmhouses, village streets, and buildings while listening to Irish music.

The medieval feast, which takes place within the castle for an evening of decadent cuisine, dance, and music, is one of the most absorbing experiences at Bunratty Castle. If you wish to make a multi-day trip out of your visit to the region, you may stay at the Bunratty Castle Hotel. 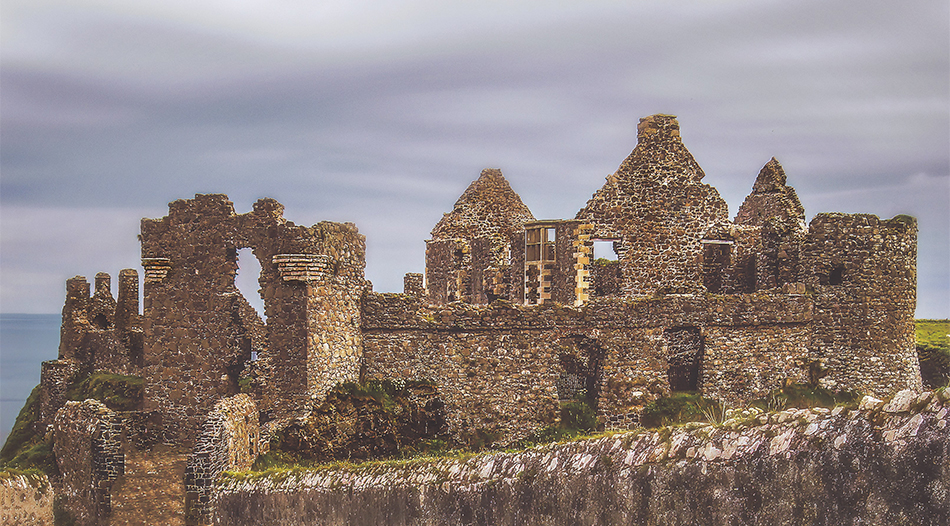 The Dunluce Castle was erected in the 1500s as a family house and inspired author C.S. Lewis's Cair Paravel castle in The Chronicles of Narnia.

The Northern Ireland Environment Agency is currently in charge of the site. These are fantastic ruins to explore; put a stop to the visitor center for some history and information that will aid your knowledge of the place.

Trim Castle is a must-see for a castle deserving of bragging rights after your holiday. You may remember the famous characteristics of this formidable Norman Irish fortification because it was where Mel Gibson filmed the movie Braveheart. Trim Castle began construction in 1176 and took 30 years to complete.

This gigantic building is characterized by a 20-sided tower, a magnificent curtain wall, and a moat. It is Ireland's most giant Anglo-Norman castle, and it has functioned as a jail, a private residence, and a prison over the years. 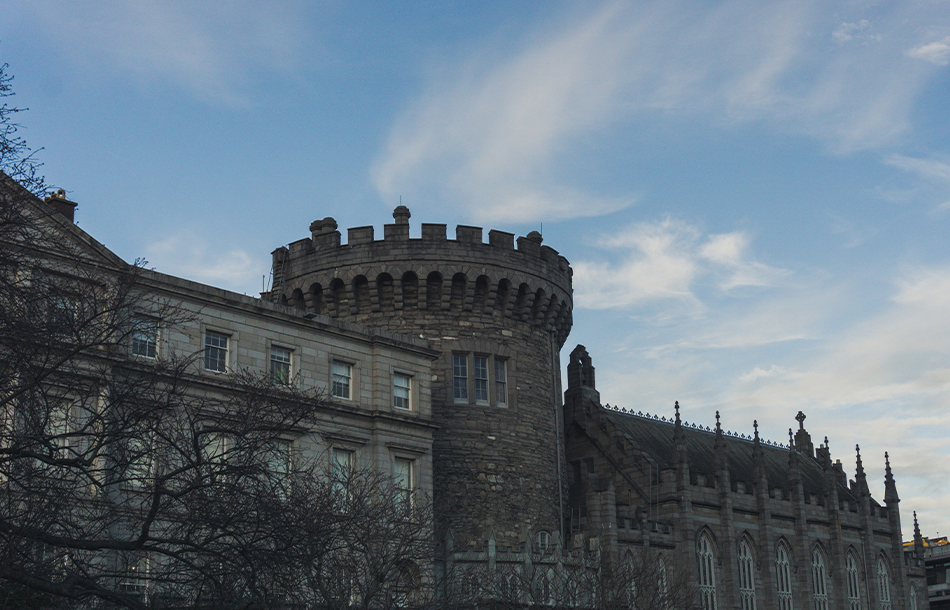 Dublin Castle is one of Ireland's most important emblems of authority. This multi-building complex, which dates from the 13th century, was erected on the site of a Viking settlement. For decades, the castle functioned as the administrative complex for the English and subsequently British rulers, and it is today a popular tourist site.

Decorative arts in the form of formal portraits of monarchs and royalty, as well as period furnishings, are among the castle's attractions. Visit The Church Royal, a Gothic Revival chapel that has existed at Dublin Castle since 1242, and the castle grounds, which date from the early 17th century and include the Dubh Linn Garden, which has sea serpent designs etched into the lawn.

Under the castle, continuing excavations of Viking defenses that have been maintained may be seen. You may even descend a flight of stairs to see the old moat.

The Enniskillen Castle, viewed from the River Erne, is magnificent. The enormous fortress walls and towers are said to have been built in the early 1400s to safeguard the territory in Northern Ireland.

The castle now contains two museums dedicated to preserving and promoting Fermanagh culture. The Fermanagh County Museum tells the county's heritage, while the Inniskillings Museum features weaponry, military equipment, and costumes from the 17th century. Take some time to see both museums and wander around the well-kept gardens.