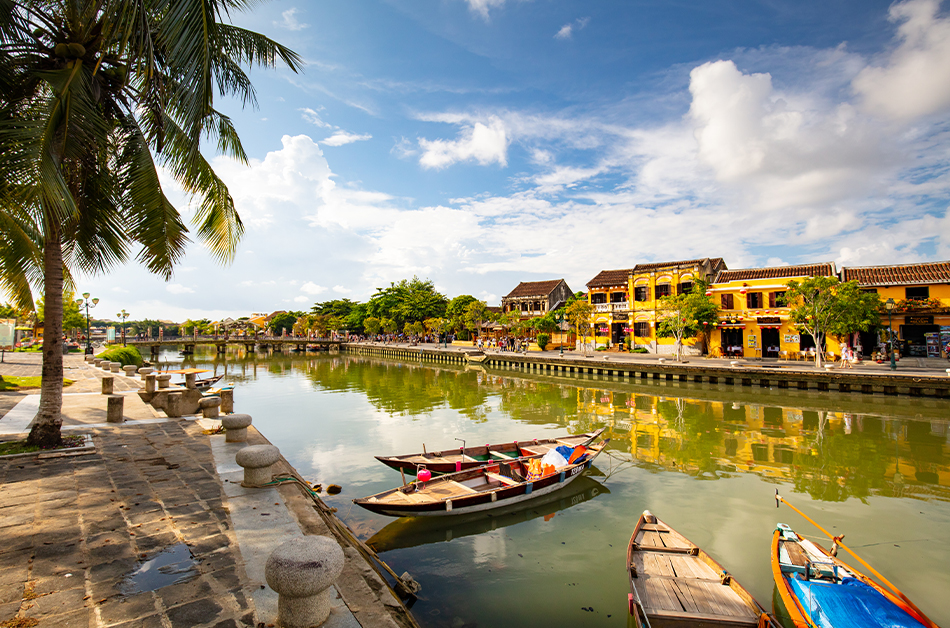 Most visitors to Vietnam are drawn by the country's stunning natural beauty, which ranges from the green rice fields of the north to the fascinating bustle of the Mekong Delta in the south. On the other hand, Vietnam has a long history and ancient traditions. It has a lot of historical sites and old temples—an overview of Vietnam's most fantastic tourist attractions. 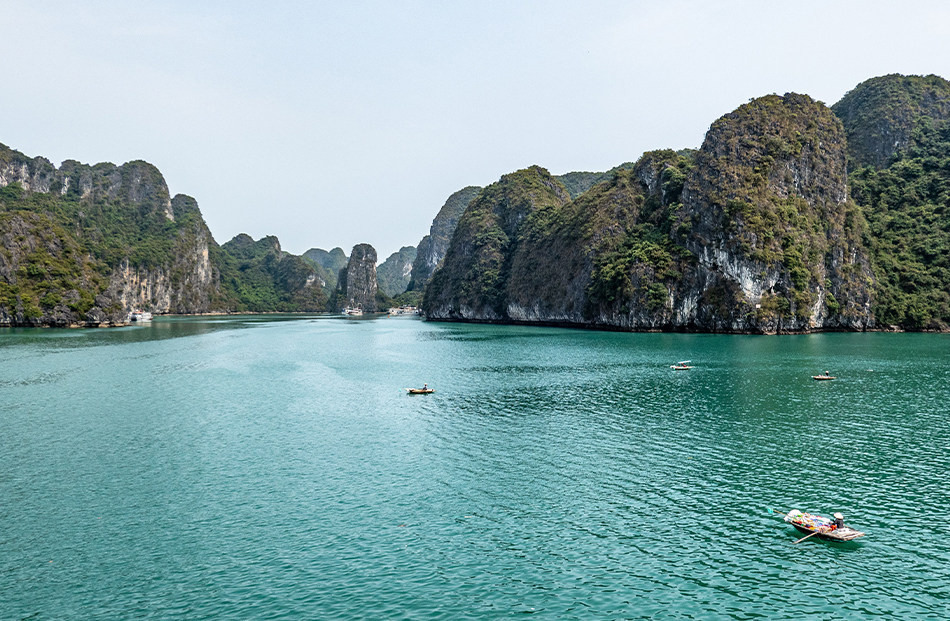 Halong Bay's karst seascape is a UNESCO World Heritage Site and one of the world's most mesmerizing seascapes. Thousands of limestone islands in the Gulf of Tonkin have been eroded into jagged pinnacles by wind and water action over millennia.

It is prime cruising territory, with the bay's scenery best seen by boat. A day trip will not suffice to visit Halong Bay's iconic views, so book at least an overnight tour.

Numerous caves in the bay can be visited, including the Hang Sung Sot, three massive caverns, and the Hang Dao Go, which has extremely strange stalagmites and stalactites. However, the highlight for most people is simply cruising through the karsts and taking in the changing scenery of pinnacles as they pass by. 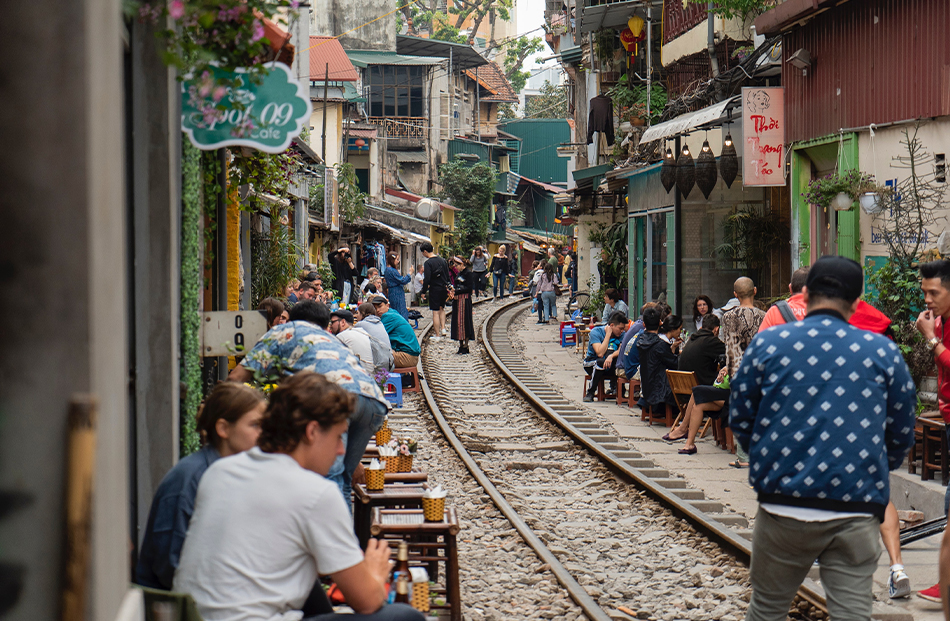 Vietnam's capital is the country's frantic beating heart, a location that both baffles and attracts visitors. For some people, the motorbike frenzy, smog, and continual clamor of street vendors can be overwhelming, but if you want to immerse yourself in Vietnamese city life, Hanoi is the place to go.

The old town section is full of decaying beauty, and history buffs should visit the plethora of good museums. 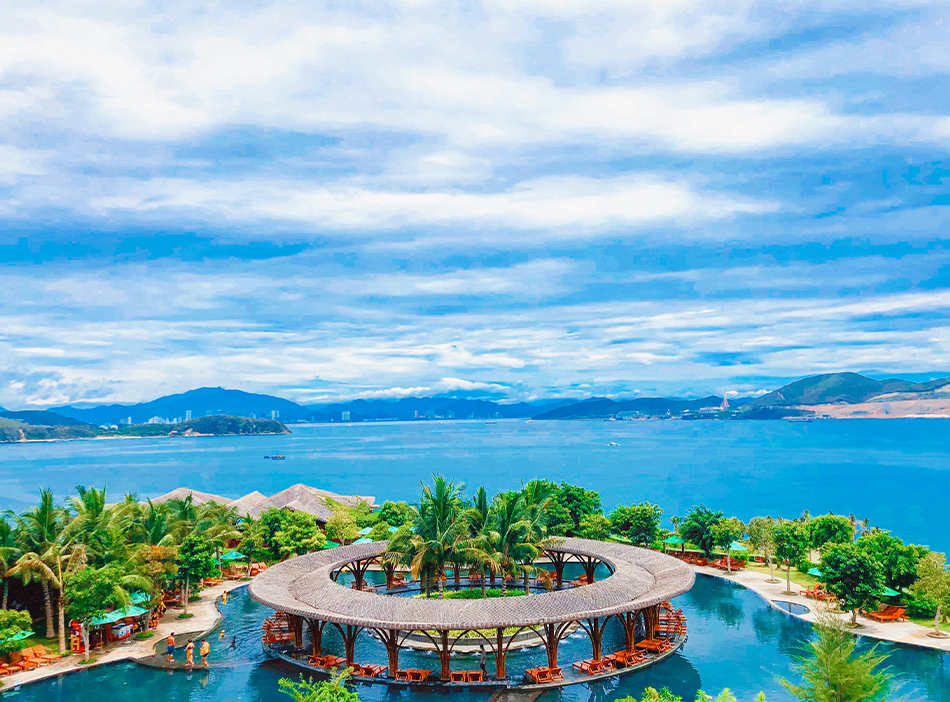 Nha Trang is the place to go in Vietnam if you want some sand fun. The well-kept beach stretches six kilometers along the central Nha Trang city waterfront. It is busy with local families on vacation and foreign visitors during the summer.

The swimming is superb, with designated swimming areas and manicured lounging areas, making this a terrific alternative for relaxed days in the sun and sand.

There is also an excellent museum dedicated to Alexandre Yersin's work, who discovered the cause of the bubonic plague and built the Pasteur Institute in Nha Trang (which still carries out vaccination programs in Vietnam today). 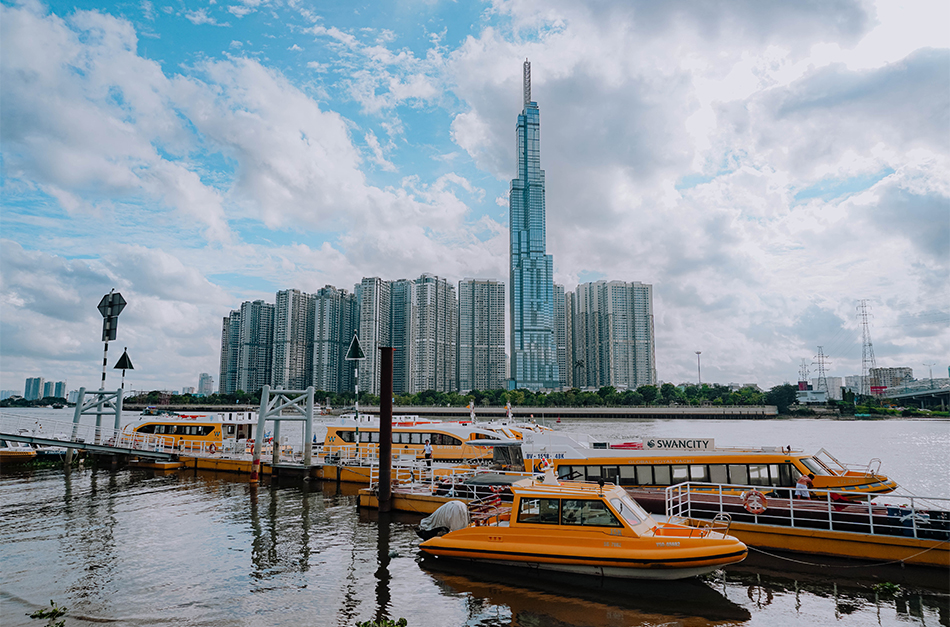 Ho Chi Minh has a diverse range of attractions, including temples, museums, parks, and tourist shopping. You'll find something to do here that suits your interests. Take a trip to the top of the Saigon Skydeck for a breathtaking 360-degree view of the city, which is especially striking at night when the city lights shine.

Cu Chi tunnels, the secret network that served as the headquarters for numerous military operations throughout the Vietnam War, should not be missed by history enthusiasts.

Reunification Palace, also known as the Independence Palace, has five levels and is a beautiful destination. It's a prominent place in Vietnamese history because it depicted when a tank crashed through the palace gates, bringing Saigon down. You can see a copy of this tank on the grass outside the palace. A visit to the War Remnants Museum or the Museum of Vietnamese History will satisfy your curiosity about the war. 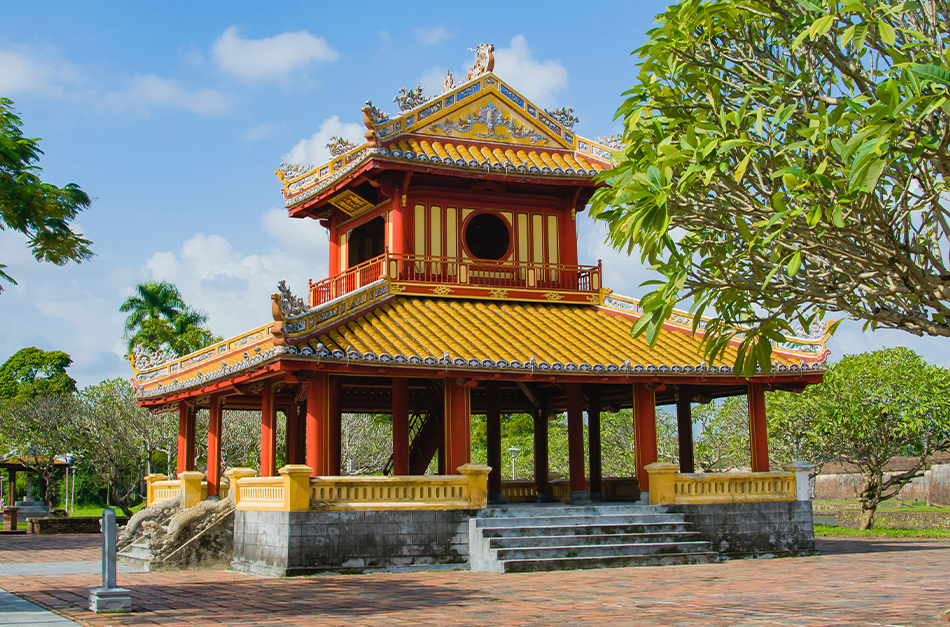 Hue, one of Vietnam's most historic cities, is brimming with treasures from the era of the Nguyen emperors in the nineteenth century. The Imperial Enclosure, which stretches for 2.5 kilometers along the banks of the beautiful Perfume River, is a massive complex surrounded by walls.

The beautiful Ngo Mon Gate, the Thai Hoa Palace with its exquisitely lacquered interior detailing, the Dien Tho Residence, where the Queen Mothers would live, and the Halls of Mandarins with its intact ceiling murals are all worth seeing when walking the grounds. Outside the Imperial Enclosure's boundaries, there are many historical sites.

Taking a riverboat tour on the Perfume River is one of the most pleasant methods to see a range of outlying locations. On a day cruise, you can see various royal tombs and pagodas. If you only have a limited amount of time, the Tomb of Tu Doc is the best tomb to visit, and the Thien Mu Pagoda, with its 21-meter-high tower, is the most important in the neighborhood.

Phong Nha-Ke Bang National Park, a stunning karst mountain formation honeycombed with large caves and home to superb stalactite and stalagmite displays, is one of the greatest sites to visit in Vietnam for caving. The Paradise Cave, which stretches for 31 kilometers beneath the ground, is the park's most popular attraction.

The vast caverns are incredibly breathtaking. Tu Lan Cave is a "wet cave," therefore swimming through the cave system's river is part of the experience. The Phong Nha Caves, where the interior is entered by boat, is the most famous adventure. Phong Nha-Ke Bang National Park is accessible from Son Trach.

7. The world cultural heritage My Son

The Chan people of Vietnam began building dozens of Hindu temples around Duy Ph more than 1,600 years ago. Several of these temples still survive in the shadow of Cat's Tooth Mountain, surrounded by a green valley. The majority of the temples, collectively known as My Son, are now in ruins. Because of its remote location and lack of tourism infrastructure, visiting My Son is like stepping back in time.

The enormous Mekong River ultimately finds its way to the sea in the deep south of Vietnam through a tangle of channels that crisscross the floodplain. The delta is one of the most attractive locations for travelers to discover, with rice field vistas and mangroves, and full of local life, with chaotic floating markets to explore by boat.

Can Tho is the most famous town to utilize as a base since it is adjacent to the Phong Dien and Cai Rang floating markets, and boat rides from Ca Mau allow you to see the U Minh Mangrove Forest and Cau Mau Nature Reserve? 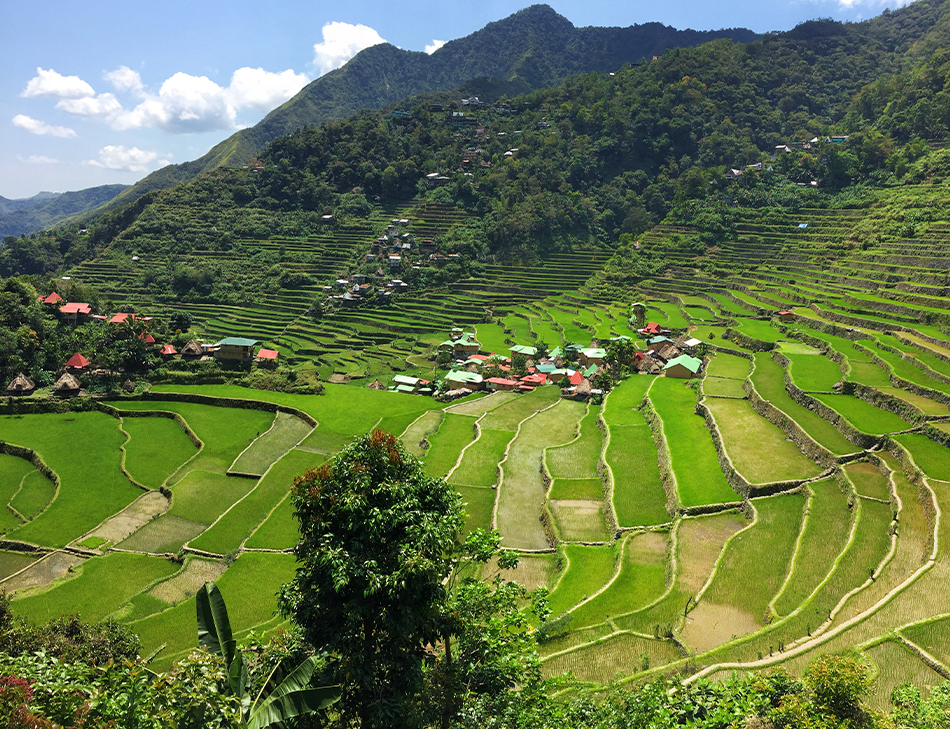 The verdant rice field region surrounding Sapa, flanked by the rugged peaks of the Hoang Lien Mountains (sometimes still referred to as the Tonkinese Alps by French colonial era residents), is home to some of Vietnam's most magnificent rural panoramas.

The Hmong, Giay, and Red Dzao people live in the deep valleys, while the undulating hills are planted with rice crops and overlooked by the country's tallest peak, Fansipan Mountain.

Here provide many possibilities for trekking or day hiking through tiny villages while taking in the breathtaking mountain scenery. Sapa is the significant base here. It is a historic French hill station transformed into a bustling and ever-expanding tourist destination that stands in stark contrast to the lush, quiet landscape immediately on its doorstep. 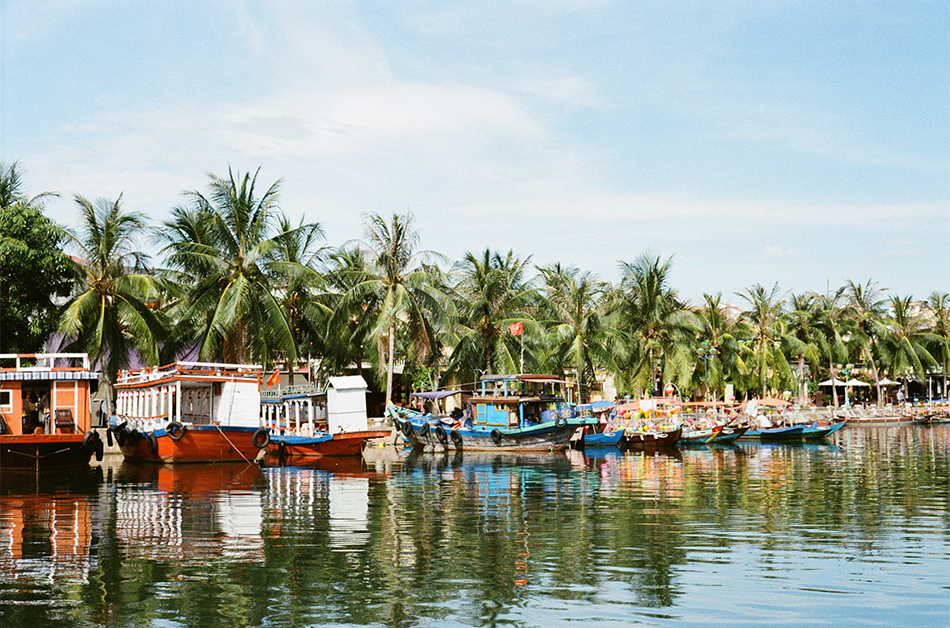 Hoi An is the most atmospheric city in Vietnam, with many antique buildings. The old town area is a delight to explore, with well-preserved merchant buildings dating back to Hoi An's 15th-century trading center heyday, when the town was a significant meeting point for Japanese and Chinese merchants who flocked here for the native silks.

Many of the old merchant houses have been opened to the public, allowing you to get a sense of what life was like back then. Tan Ky House, built in the 17th century and featuring outstanding architectural and ornamental characteristics, is the best.

The charming Japanese Bridge at the western end of Tran Phu Street is Hoi An's most well-known emblem, while the Assembly Hall of the Fujian Chinese Congregation is the old town's most ornate temple. The city is littered with little pagodas and museums, but the main pleasure of Hoi An lies in simply strolling through the ancient town streets and admiring the well-preserved buildings.