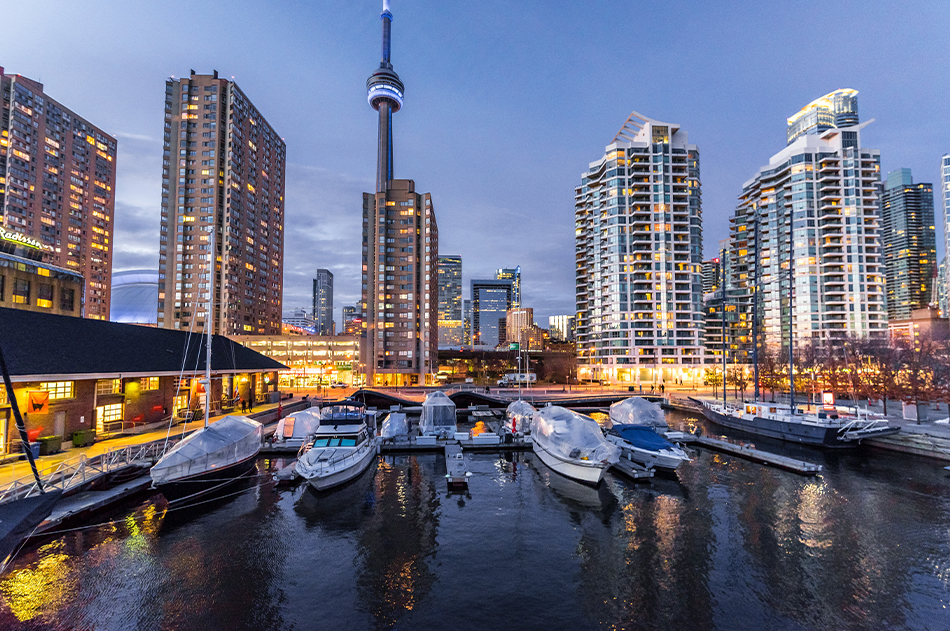 6  Most Popular Tourist Attractions in Canada

This Commonwealth country is indeed the second largest country in the world. The vastness of nature is entirely immersive. Its national parks are truly vast and offer breathtaking scenery. Climbing, hiking, boating, swimming, and biking are all options for outdoor enthusiasts. See grizzly bears in Banff National Park, ski the powder slopes of Whistler, or enjoy some of Vancouver's best wild salmon. In Canada, there's something for everyone.

The Rocky Mountains, Okanagan Valley, and cities like Vancouver, Victoria, and Calgary are some of the most visited attractions in Western Canada and usually dominate the itinerary. Central Canada's Niagara Falls, Toronto, Ottawa, Montreal, and Quebec City are also worth visiting.

In addition to their spectacular natural beauty, you can also learn about their culture and history while you are there. With Quebec's French-speaking region, Vancouver's glittering skyscrapers and East Asian cultural district, Toronto's magnificent Victorian architecture, Canada's "castle-like" Grand Railway Hotel, and Ottawa's neo-Gothic public buildings all worth exploring, here's a list of Canadian attractions to look forward to during your visit. 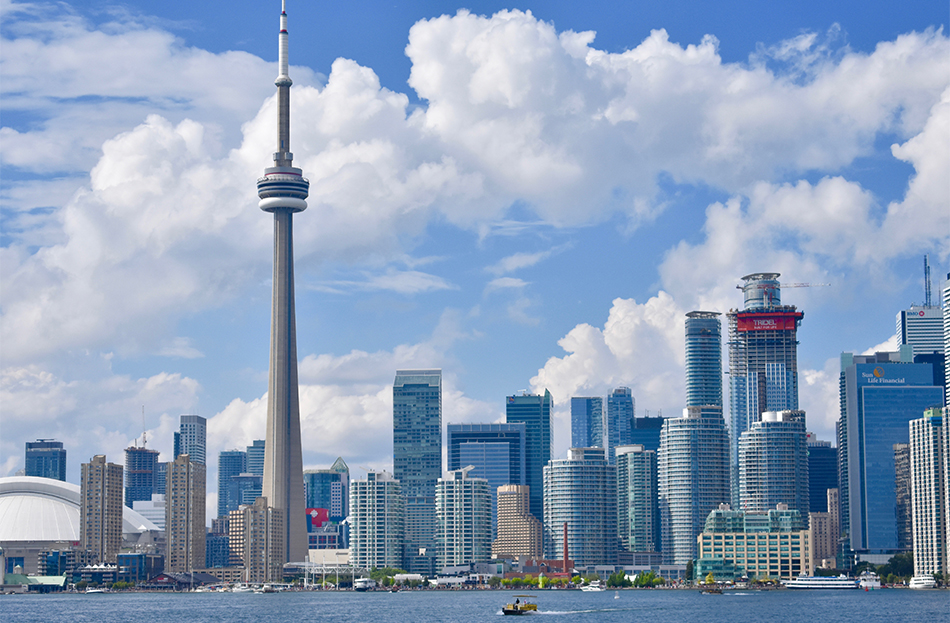 The majestic CN Tower, one of Canada's most recognizable structures, stands on the banks of Lake Ontario in Toronto, Canada's largest metropolis. The tower, which stands 553 meters tall, dominates the whole skyline.

If you wish to enjoy a gourmet meal, you can find a 360-degree rotating restaurant at the top of the building here, where you may want your meal while seeing the entire city and lake. The observation deck and glass floor provide stunning views of the surrounding area. Consider exiting the enclosed room and walking up the metal walkway of the CN Tower edge access for more thrill. You'll be strapped in and allowed to stroll about the 116-story skyscraper, which is 356 meters (1,168 feet) above the earth. 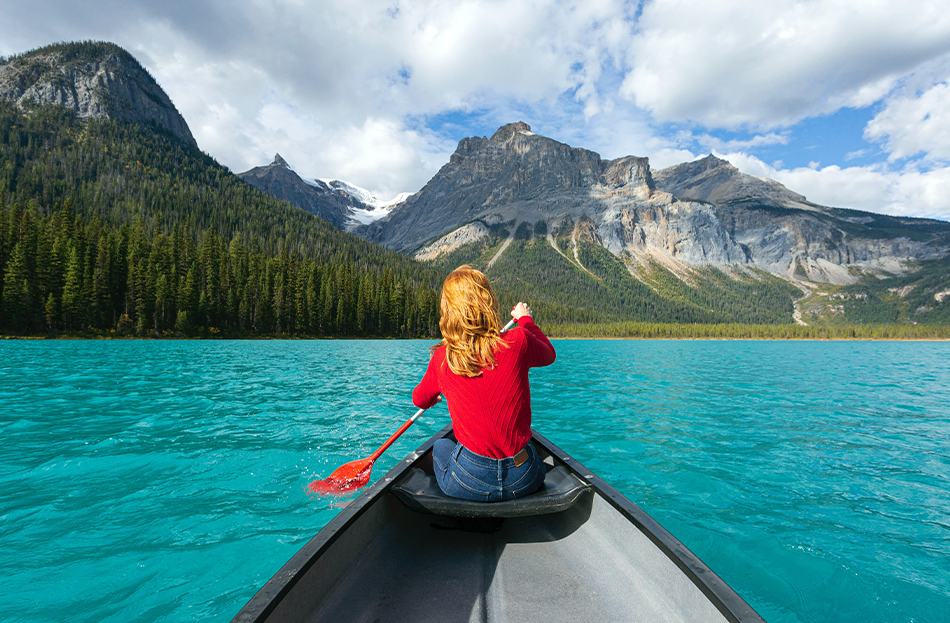 Banff National Park is Canada's oldest and biggest national park in the Canadian Rockies. Because of its vast size and distant position, many people are drawn to this untamed territory for the solitude it provides – outside of Banff and Lake Louise (the park's two civilized settlements).

There are two popular routes through the park, with jaw-dropping beauty such as sparkling multi-colored lakes, towering gorges, and breathtaking waterfalls.

If you enjoy skiing and boating, this is a terrific spot to unwind, and if you want nature, you may create your adventure here. Banff National Park is home to various wildlife, the most anticipated is the lovely grizzly bears.

The town of Banff is the park's primary residential region and has the most diversified choice of housing, retail, and dining options. Lake Louise, accessible through the Icefields Parkway, provides luxurious lodgings in a stunning environment of turquoise lakes and beautiful mountains. Other minor communities include Lake Minnewanka and Sunny Meadows.

Niagara Falls is a spectacular set of three waterfalls located on the boundary of Ontario, Canada, and New York State, USA. The Horseshoe Falls on the Ontario side of the falls have the finest vistas and the most attractions. The immediate vicinity of the falls is a popular tourist destination, with observation towers, restaurants, souvenir shops, casinos, and high-rise hotels.

Its sister city, New York, is recognized as the "Honeymoon Capital of the World" and is one of the few cities where you can receive a marriage license without waiting. Those seeking romance and adventure will find it here and many intriguing things to see and do.

Queen Victoria Park, where the Falls are lighted and nightly fireworks displays throughout the summer, is one of the most incredible spots to watch Niagara Falls from the Ontario side. There are helicopter flights, jet boat trips, an observation deck next to Skylon Tower, and an elevator that takes you to the bottom of the falls. 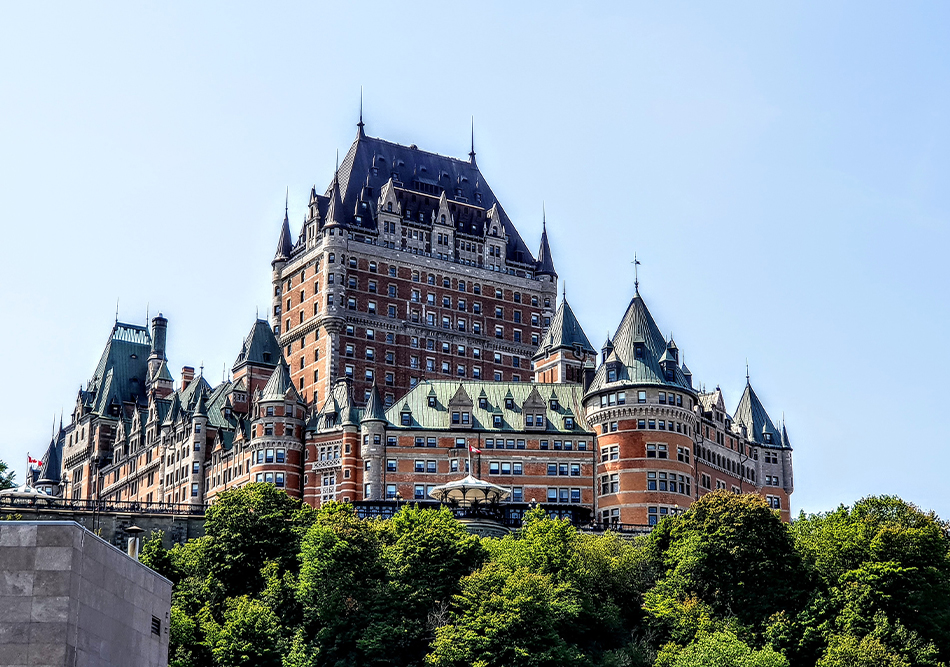 Sibling hotels to the Château Frontenac include the Hotel Rissie in Quebec, the Banff Springs Hotel, and the Chateau Lake Louise in Alberta. It was here that the legendary Quebec Conference was held during World War II. Here, Roosevelt, Churchill, and the then Prime Minister of Canada collaborated on a post-war strategy for Europe. This castle has 17 rooms named the homes of Roosevelt, Elizabeth II, film actress Grace Kelly, and other famous guests. Now a World Heritage Site, it attracts countless tourists for sightseeing tours. 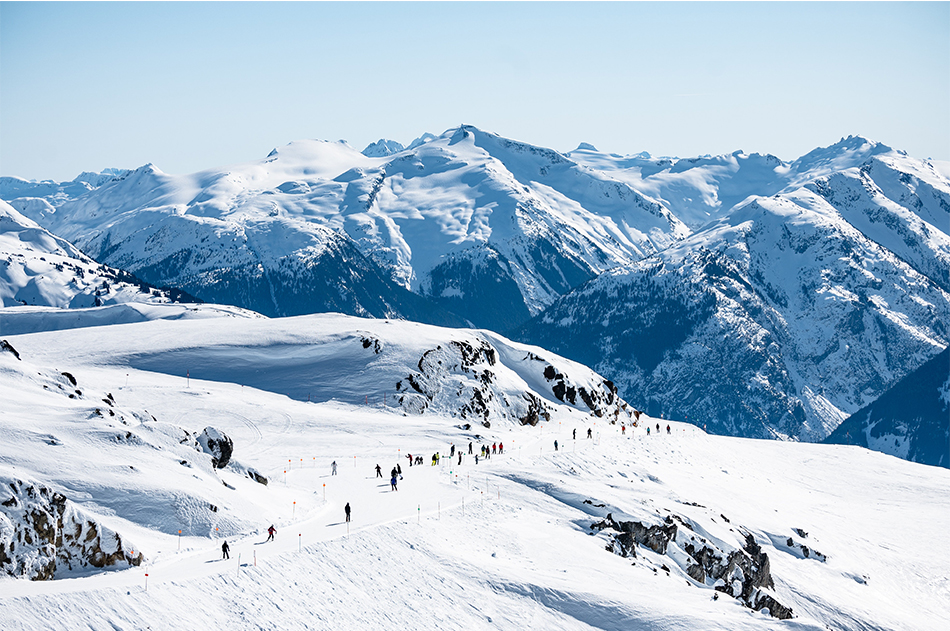 The iconic ski resort of Whistler Blackcomb and the year-round resort of Whistler is only a two-hour drive from Vancouver. Whistler has traditionally been a famous winter sports destination, but it is also popular in the summer, with a bustling town environment for golfers and mountain bikers all year.

Whistler Village received widespread worldwide notice in 2010 when it was chosen as one of the venues for the 2010 Winter Olympics. The region has world-class skiing, hotels, eating options, outdoor recreational experiences, and stunning natural alpine scenery. 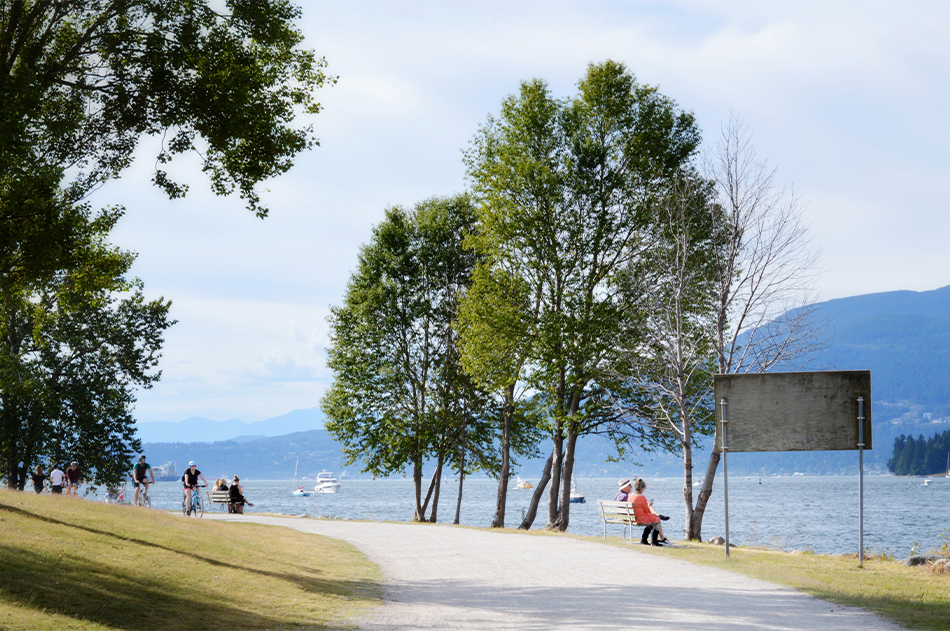 Stanley Park is Vancouver's most well-known park, including three major beaches, a zoo, an aquarium, a miniature golf course, a rose garden, a small railway, and many enormous circular tent poles.

The Vancouver Aquarium, located at the entrance to Stanley Park on Gorgia Street, is the third biggest aquarium in North America, housing over 8,000 species of marine life and noted for its killer whales. A bronze monument of former Governor Stanley and a Queen Victoria Fountain, created by children from all around Vancouver who contributed sweets to the park, stands at the park's entrance. Standing on a slope in the park,

The breathtaking vista of the Lions Gate Bridge across the Pacific Ocean and the fishing boats cruising on the water are also visible. The squirrels bouncing in the woods, the swans swimming on the lake, and the singing of unfamiliar birds in the park create a natural symphony.

The park provides a wide range of exciting activities for visitors of all ages and interests. The Seawall seawall walk is among them, and other programs, lagoons, parks, beaches, and aquariums are all worth seeing.