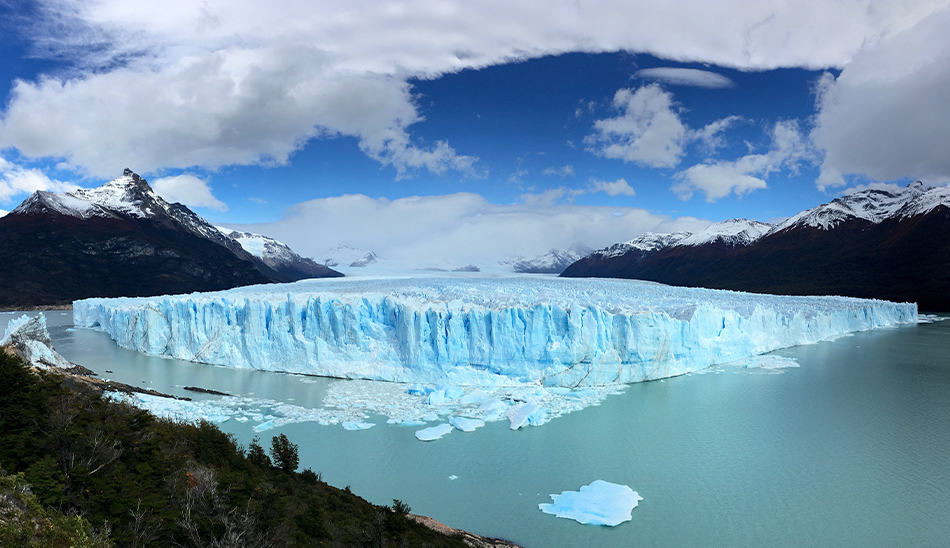 In the Valles Calchaques region, the Quebrada de Cafayate is a magnificent canyon. Sandstone, interesting rock formations, and vibrant colors make this a must-see for visitors. Hiking or driving along the Rio de las Conchas, into the gorge and the canyon's center, is possible on organized tours. The Sierras de Carahuasi provide a striking contrast in the background, offering picture-perfect vistas. Look for landmarks such as El Obelisco, the renowned monolith, Los Castillos, the colorful rock formation castles, and the chalk quarry, which is home to a strange rock formation known as El Fraile, or the monk.

The city of Tigre, located just north of Buenos Aires, serves as a hub for the surrounding delta. While the city has a large museum, fantastic stores, and a bustling outdoor market, the true draw is fleeing Tigre and taking a boat tour of the river delta. Book a guided tour or simply ride on one of the area's water taxis to see the local residences along the canals, the many floating modes of transportation in use, and even buy things from floating vendors who ply their trade directly in the river. 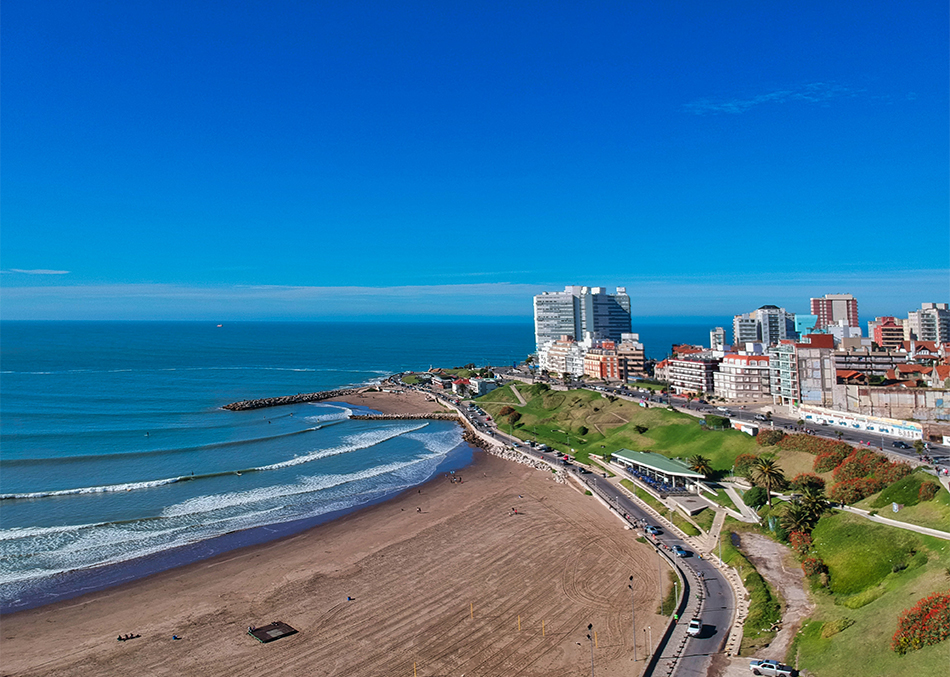 Mar del Plata, formerly a hideaway for Argentina's aristocracy, is now the country's most popular beach resort city. Mar del Plata, on the Atlantic coast of Argentina's province of Buenos Aires, attracts millions of tourists each year with its beautiful beaches and vibrant culture. Warmer weekends can be fairly crowded here, but the city takes on a much more easygoing feel outside of the summer months.

From lovely Spanish chalets and Victorian residences to high-rise hotels and casinos, Mar del Plata is a magnificent city with both old and modern architecture. The city also has an aquarium, zoo, five golf courses, and a large sports stadium, in addition to a diverse choice of restaurants.

The Ibera Wetlands are a protected natural reserve with moss-covered bogs, marshy wetlands, and shallow lagoons. It's also one of the world's largest wetlands, second only to the Pantanal in Brazil in terms of area. The Ibera Wetlands have been practically undisturbed by mass tourism due to its remote position, offering tourists the opportunity to see nature at its most beautiful.

In Argentina, the wetlands are the best site to witness a wide variety of unusual wildlife. In the marshes, alligators, huge otters, capybaras, monkeys, and anacondas can be found. Over 350 different bird species can be found in the marshes, including herons, eagles, magpies, and even the massive, ostrich-like great rheas. 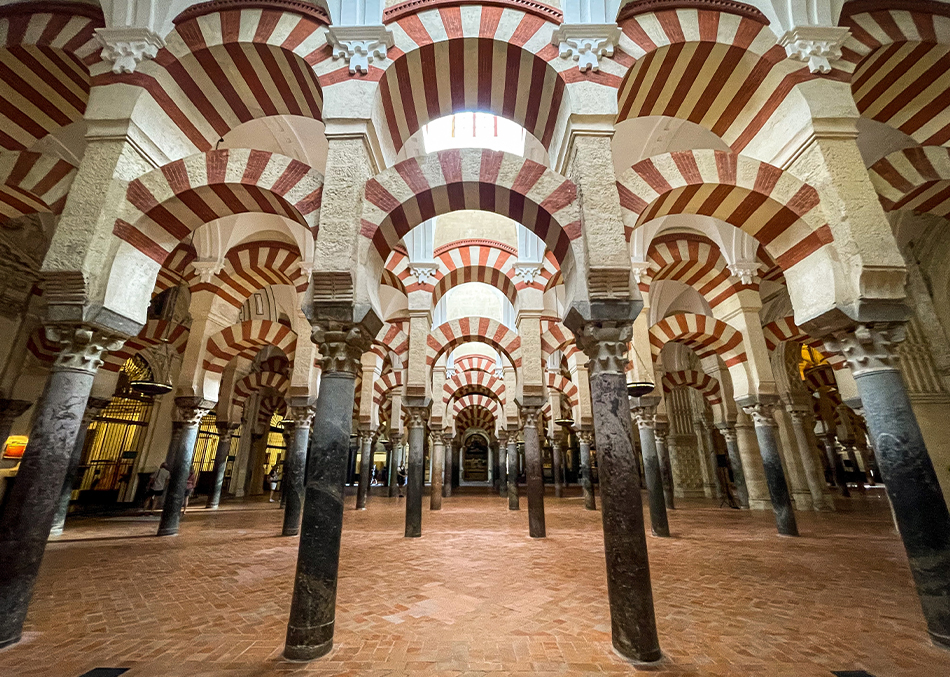 Cordoba, Argentina's second-largest city, is located in the country's geographic center. Because of its numerous colleges and universities, the city is known as La Docta (the Learned).

Cordoba, which is surrounded by three mountain ranges and lies along the banks of the Primero River, has a lovely mix of old colonial architecture and much more modern structures. Its Jesuit churches from the 17th century are a must-see. Cordoba has a surprisingly good nightlife culture and a social calendar jam-packed with cuarteto music and rallies car racing, thanks to its over 200,000 students. Deep diving into Cordoba's culture is one of the best ways to absorb the city's essence. 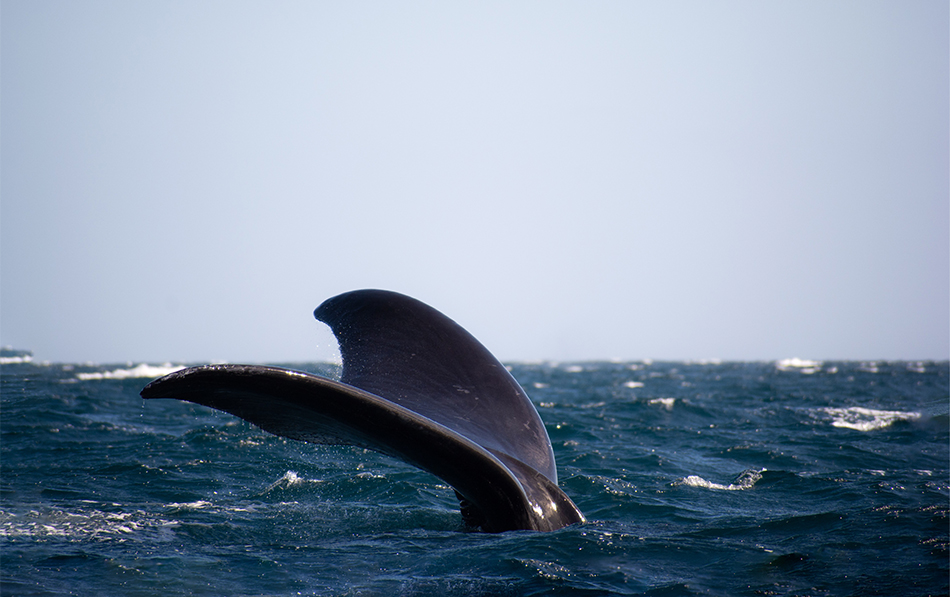 The city of Puerto Madryn is well known as the gateway to Peninsula Valdes, located on the shores of Gulfo Nuevo. It is also a popular summer destination due to its magnificent beaches, despite the fact that the water can be rather chilly. Peninsula Valdes is a mushroom-shaped peninsula that juts out into the South Atlantic and is connected to the mainland by a small strip of land. Seals, penguins, orcas, and sea lions are among the remarkable aquatic species that call the peninsula home.

The small community of Puerto Piramides and a few ranches are the only settlements on the peninsula. A market, souvenir shops, and numerous nice restaurants selling fresh seafood can be found along the village's two major roadways. 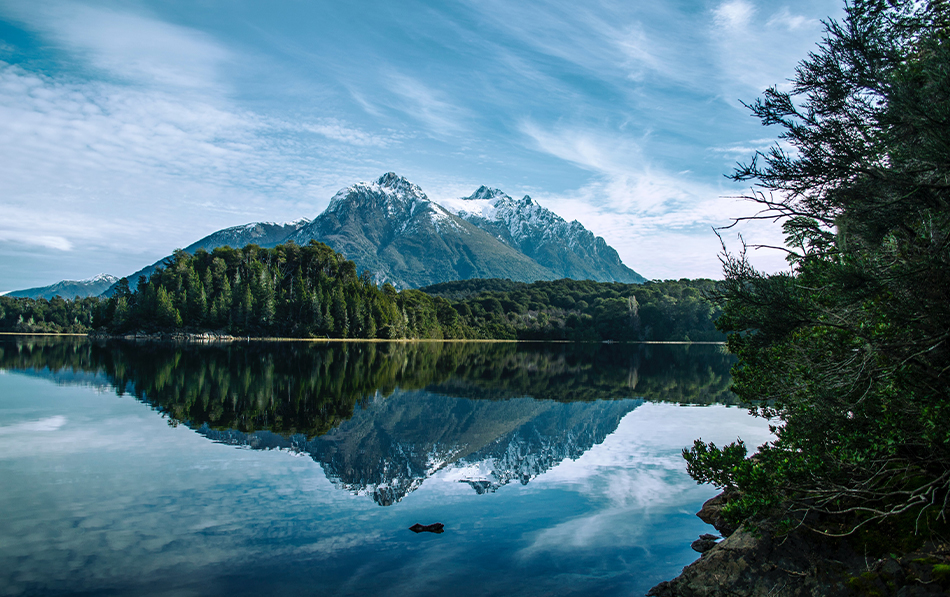 The town has its own beach, but it is small and not the main attraction. It is located on valuable real estate along the lake's banks. Visitors flock to the lakeside town of Bariloche to enjoy skiing, trekking, rock climbing, and water sports, making it one of the country's most popular sporting destinations. In the winter, the town takes on the appearance of a Swiss ski resort, with plenty of activities to entice skiers and snowboarders.

Beautiful waterfalls and glaciers may be found near Pampa Lenda, west of Bariloche, while the Seven Lakes Road, north of the city, offers stunning views of the mountains and lakes. In the summer, the lakes are ideal for fishing, while the beaches are ideal for swimming and sunbathing. 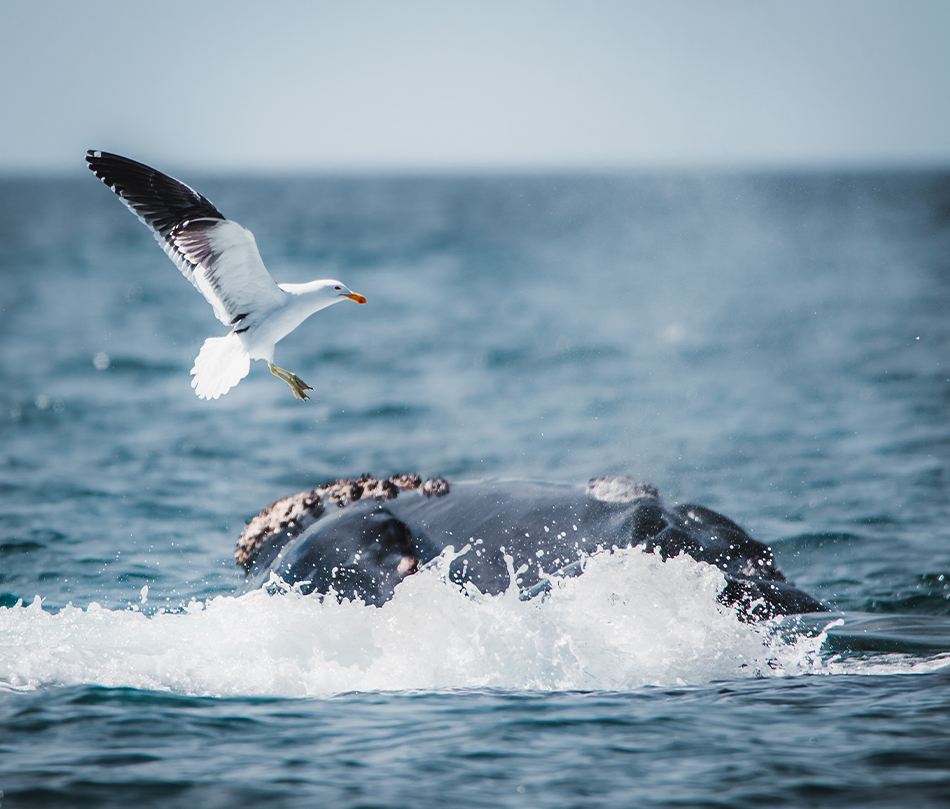 This secluded Patagonian peninsula is a fantastic sight to witness a diverse range of marine creatures. The peninsula attracts a large number of penguins, sea lions, seals, and orcas depending on the season. Between May and December, whales can be found in the waters between the Valdes Peninsula and the Patagonian mainland. On the thinly populated landmass, visitors may see foxes, guanacos, rheas, maras, shorebirds, and other indigenous species. The peninsula's diverse topography supports numerous protected animal communities. Because of its diversity, it is one of the best places in South America to see indigenous wildlife. 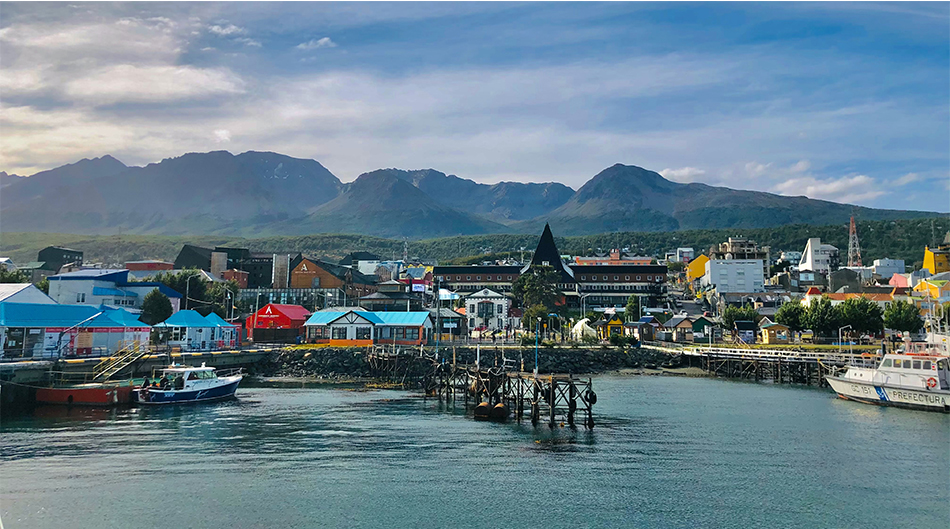 Ushuaia is today a popular resort town, with contemporary casinos and expensive hotels, and you'd never realize the city's historically bleak history. However, if you delve a little further, you'll discover that the city served as an exile prison and an Argentinian naval base in the past. The End of the World Train and Tierra del Fuego National Park are to the west, while Fagnano Lake and other scenic hiking routes are to the east. During a cruise to the Beagle Channel, you can witness sea lions and penguins.

The Maritime and Old Prison Museum, with its spooky prison cells, is a must-see, as is a trek to the delightfully snow-capped Martial Glacier for a bird's eye view over the city. 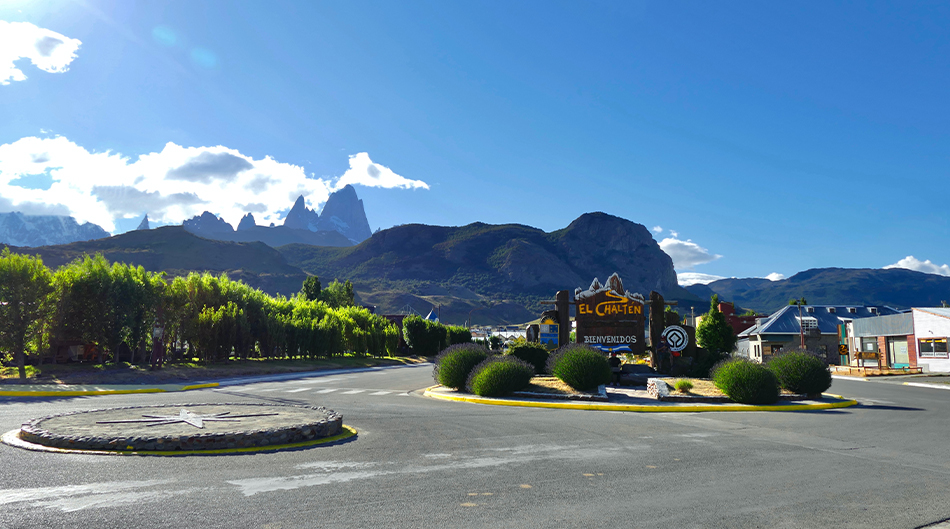 El Chaltén is a charming frontier hamlet that began as an outpost in the Patagonian region of southern Argentina in the late 1970s. Mount Fitz Roy and Cerro Torres, two of Patagonia's most spectacular peaks, have put this picturesque tiny community on the map for hiking, mountain biking, and trekking excursions. During the summer, the town is expected to be packed with visitors.

El Chaltén, which overlooks the northern part of Los Glaciares National Park, is the starting point for a variety of hiking trails. Your decision is based on your personal tastes. Popular hikes include the comparatively easy Lago del Desierto, the dawn site at Laguna Capri, and the lengthier, more strenuous hikes to Laguna de Los Tres or Laguna Torre.