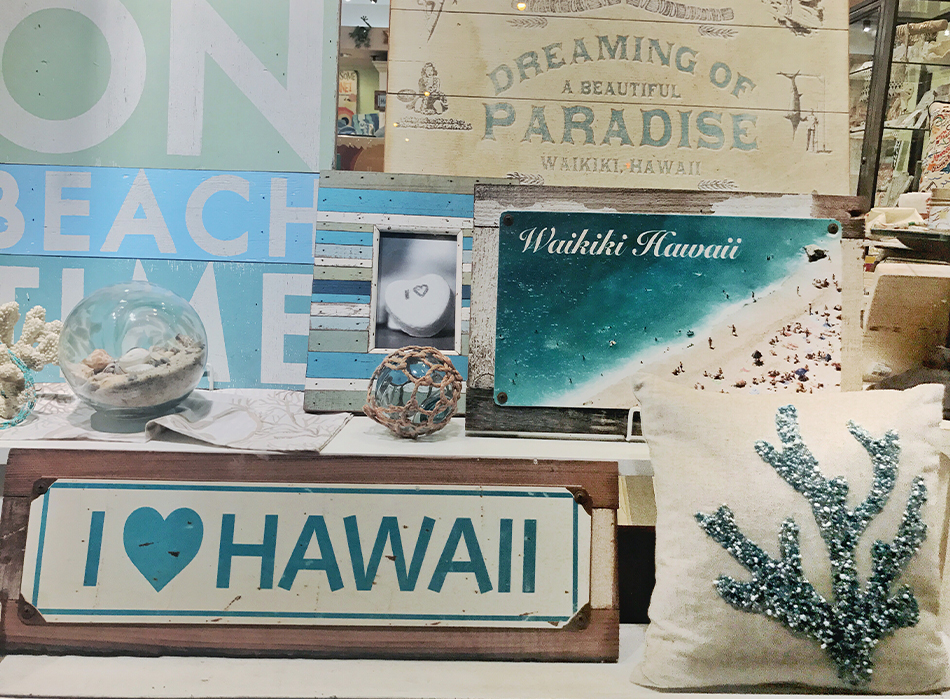 The Top 10 Places to Visit in Hawaii

Hawaii, America's 50th state, is made up of eight islands in the middle of the Pacific Ocean. Hawaii, famous for its white-sand beaches and hula dancing, has a diverse range of attractions and cultural highlights. On Oahu, you can see World War II warships or relax on the iconic white sands of Waikiki Beach. 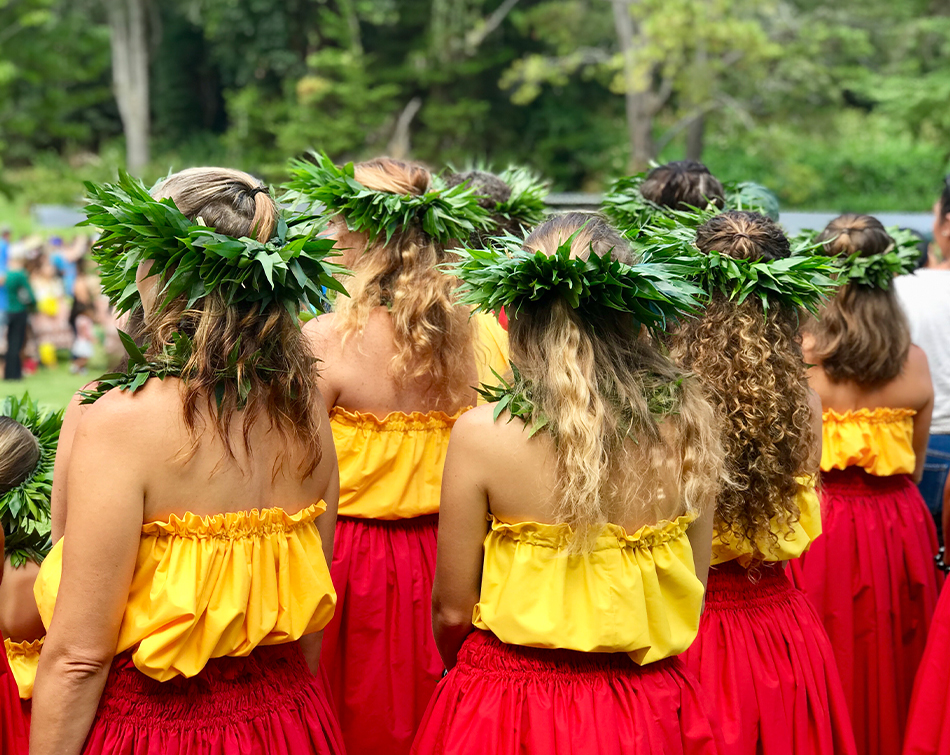 Check out the black or even green sand beaches on the Big Island. A trip to Hawaii should include at least two islands, preferably more. Let’s find some of the best places to visit in Hawaii.

​​The Hawaii Volcanoes are one of the most important attractions on the Big Island. The park includes two active volcanoes: Kīlauea, one of the most active volcanoes in the world; and Mauna Loa, the world's most massive shield volcano. The site has a lot of historic significance to the Hawaiian people as the home of the Goddess Pele, and the region has been settled for at least 700 years. 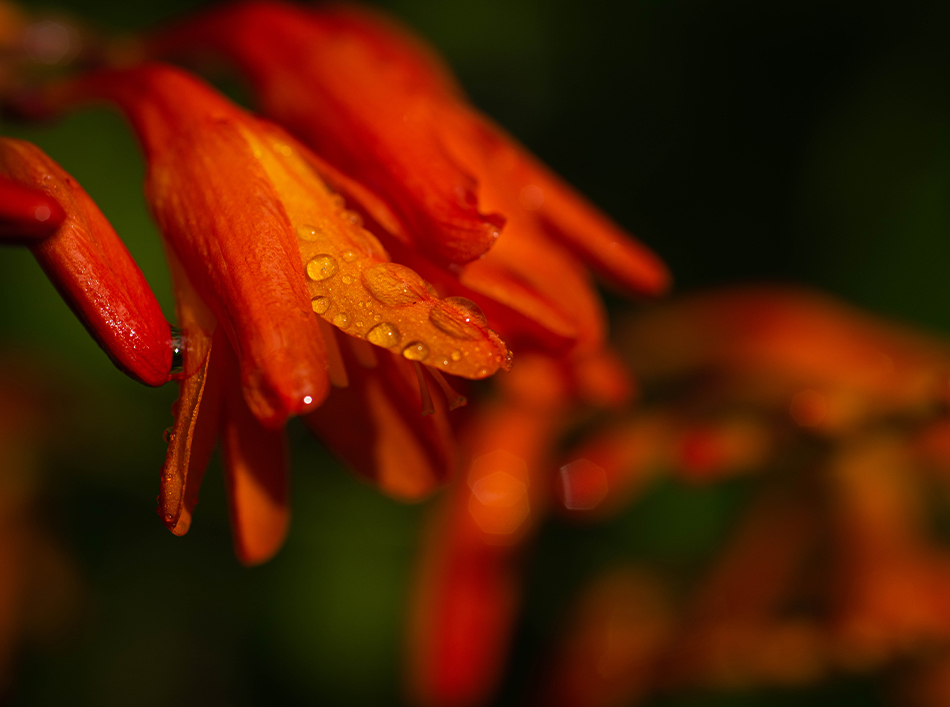 Learn about the volcano by visiting the Kilauea Visitor Center, which has a viewing platform that allows for spectacular photos of a large crater. Hopefully, you'll be able to witness the primal power of molten earth boiling into the sea. Hike or drive along Crater Rim Road for otherworldly views before exploring the Thurston Lava Tube's heart. 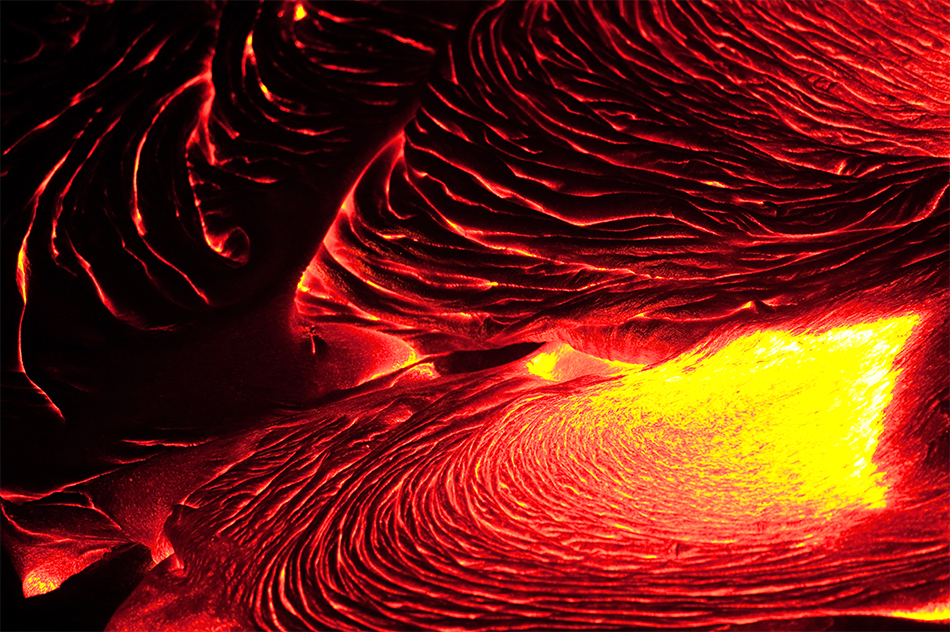 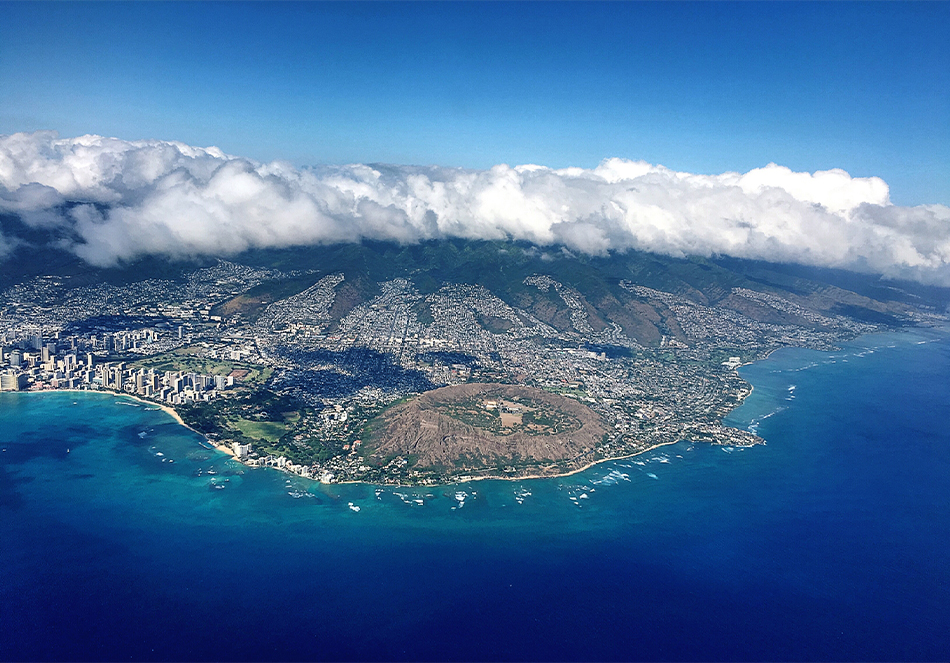 trip to Hawaii would not be complete unless you spent time in Honolulu. This is by far the largest city on the island chain, as well as the state capital and a bustling, exciting place to visit. 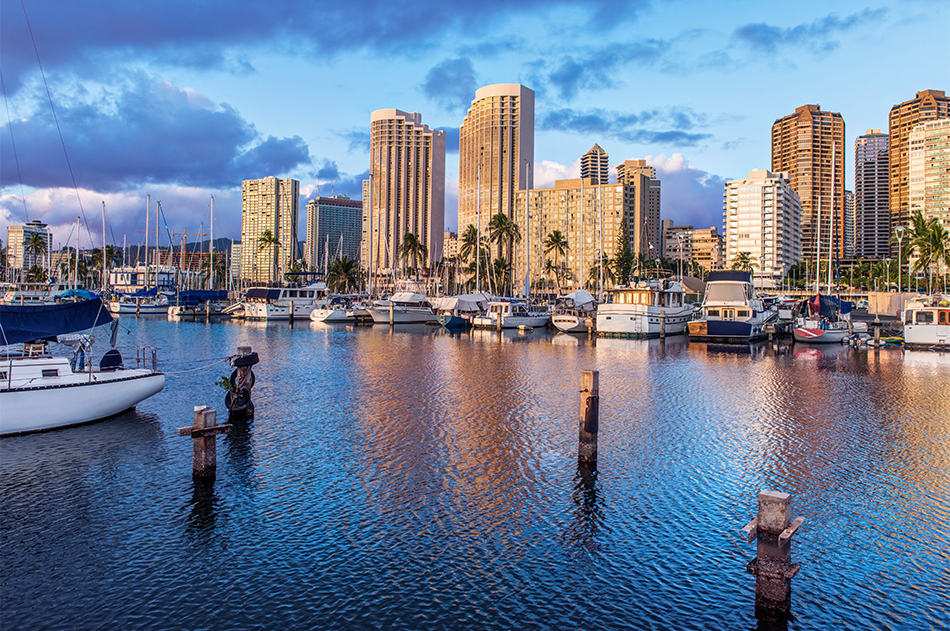 There is never a shortage of things to do in Hawaii, but Waikiki is always a highlight. Waikiki Beach is actually a series of connected beaches, with Duke Kahanamoku Beach being a popular destination for both tourists and local surfers. Climb to the summit of Diamond Head Crater in Honolulu for breathtaking views of Waikiki. 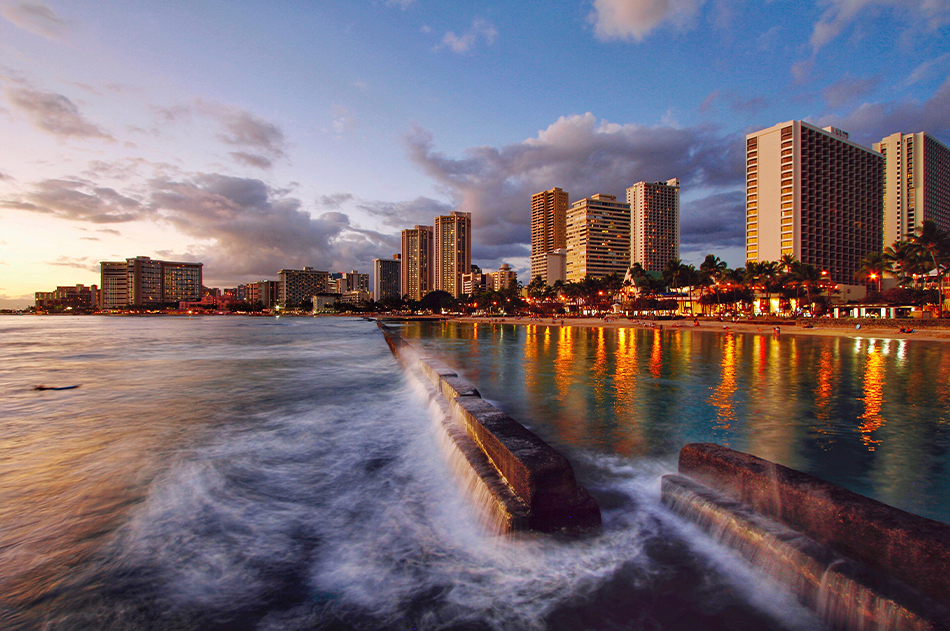 Don't forget to pay a visit to Pearl Harbor, where the poignant USS Arizona Memorial is the focal point. 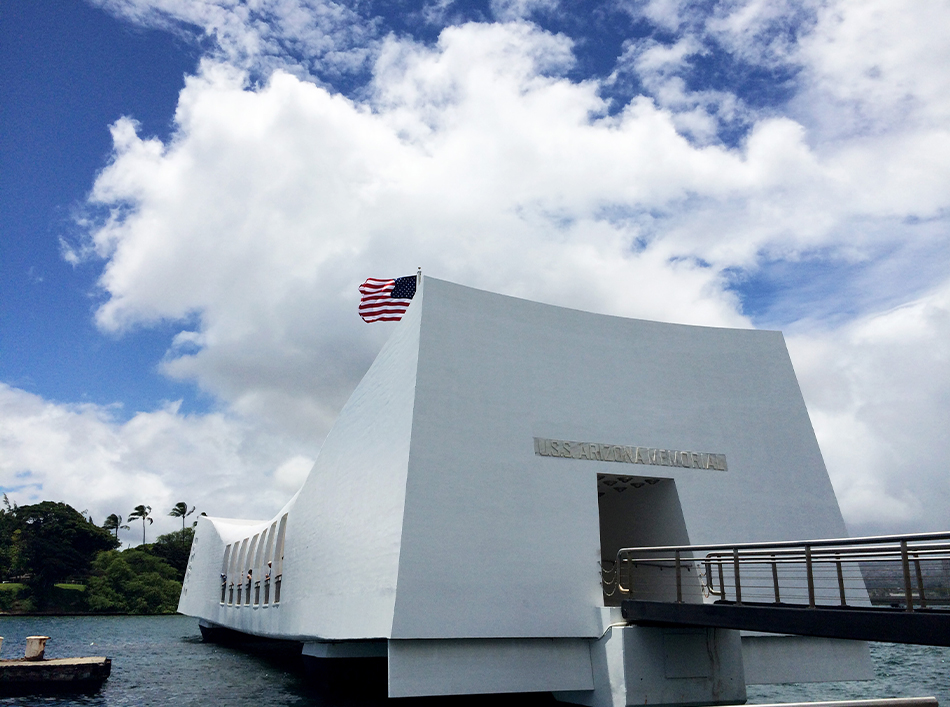 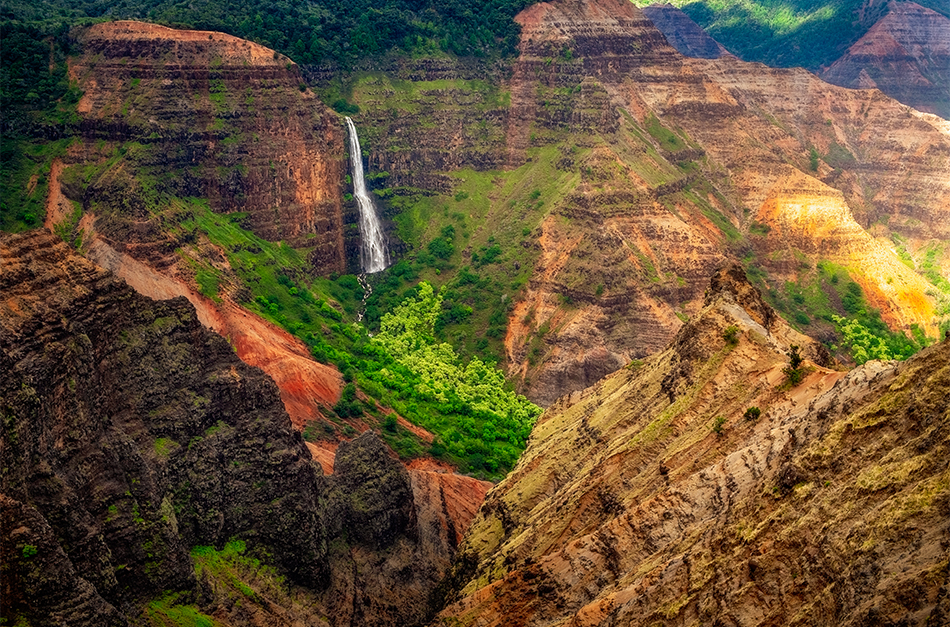 Because clouds frequently roll in during the afternoon, clear mornings are the best time to hike through Koke's State Park and explore the canyon. Camping is also an option for the adventurous traveler, allowing you to witness the magnificent sunrise in the morning. 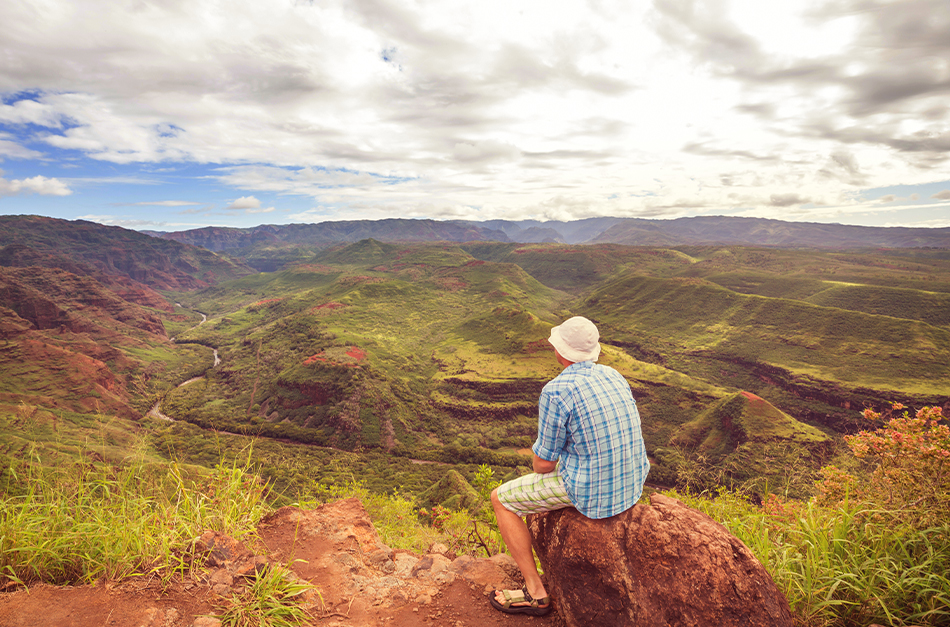 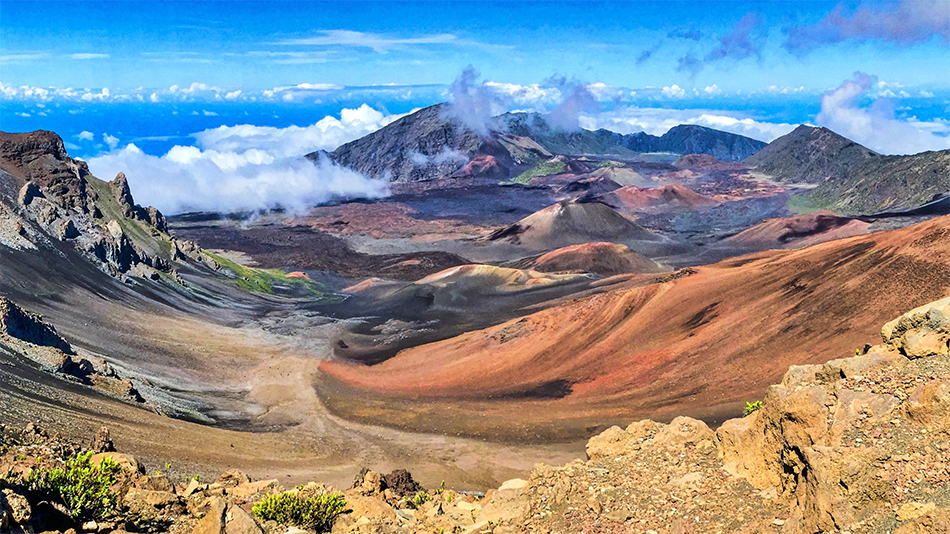 Haleakala is a shield volcano that covers more than half of Maui. This summit, also known as the East Maui Volcano, rises more than 10,000 feet (3,000 meters) to its peak. Haleakala National Park encompasses the area surrounding the volcano.

Much of the park revolves around the massive crater, which resembles a lunar landscape. The most popular way to explore the park is by hiking, and the best views can be found along the trail leading to the Ka Luu o Ka Oo cinder cone. There are several pools along the Pipiwai Trail where you can cool off with a refreshing swim. Waimoku Falls, at 400 feet (120 meters), is located at the end of the Pipiwai Trail. 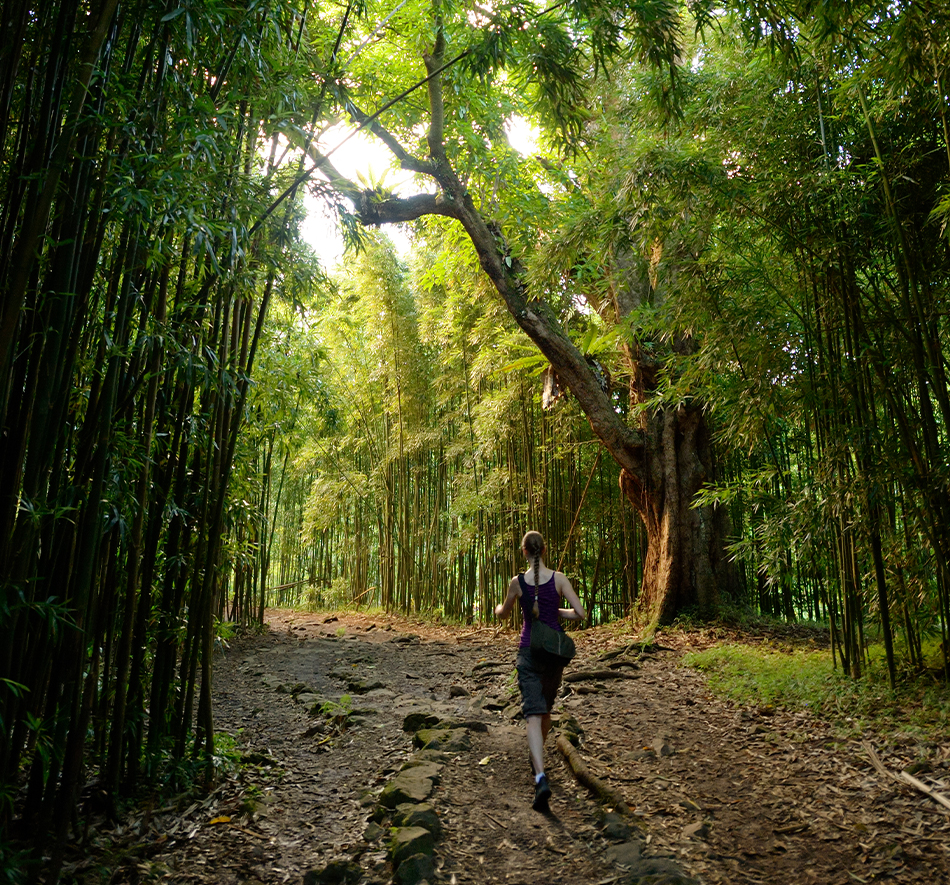 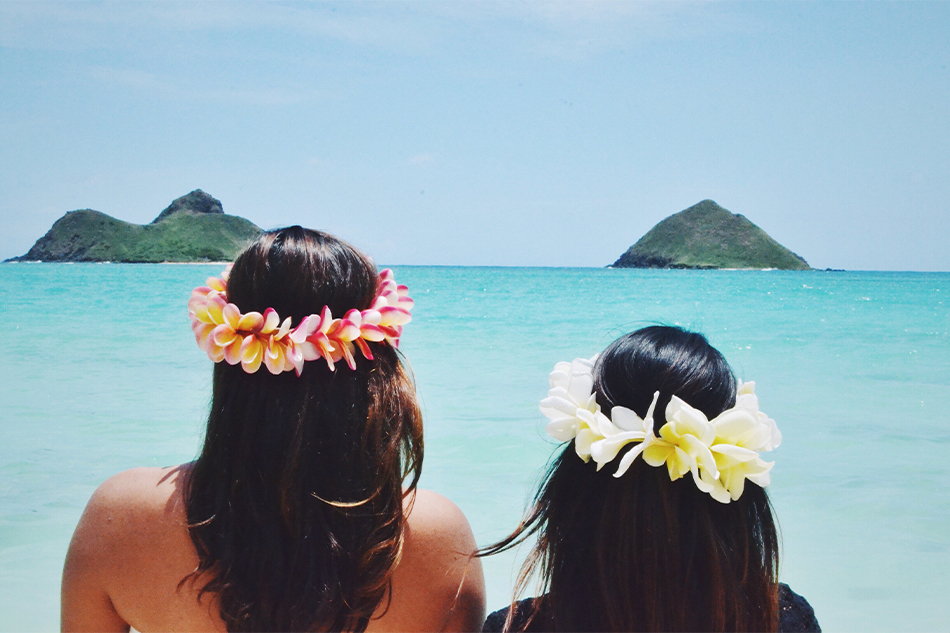 Lanikai Beach is the place to go if you're looking for a slice of heaven on Earth. Lanikai Beach, on Oahu's eastern coast, is only a 30-minute drive from downtown Honolulu. It does, however, feel like a completely different world.

Lanikai is Hawaiian for Heavenly Sea, and it perfectly describes this half-mile stretch of pristine coastline. This is a beautiful place to explore, with white sand, blue water, and the occasional palm tree for shade. The Mokuluas, two offshore islands called Moku Nia and Moku Iki can even be seen from this tropical setting. 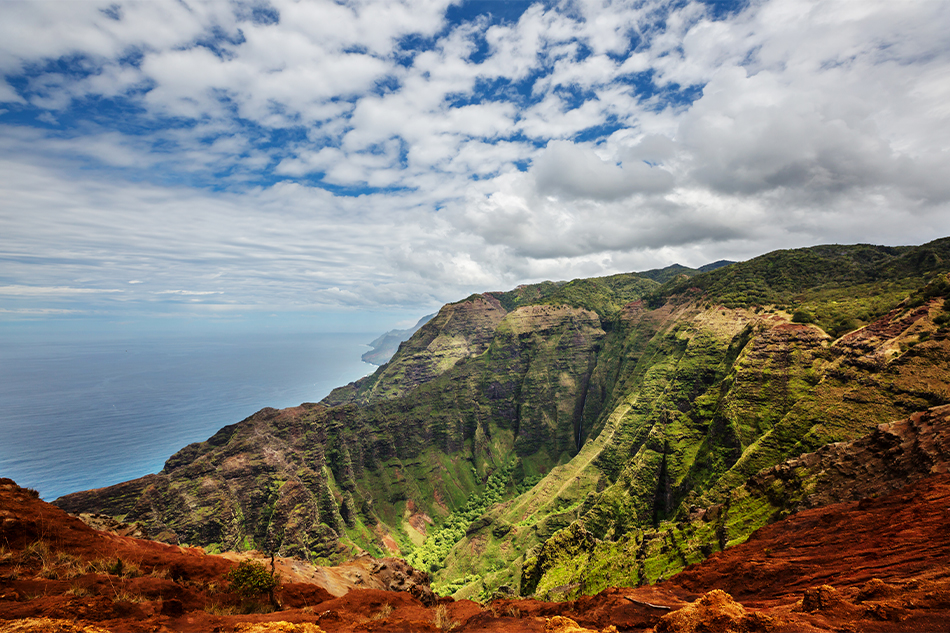 On the island of Kauai, also known as the Garden Isle, you can explore the famed Na Pali Coast. Along the coast, sheer cliffs covered in lush, green vegetation drop off rapidly, meeting the sands of private, secluded beaches. The scenery is unlike anything else on the planet. 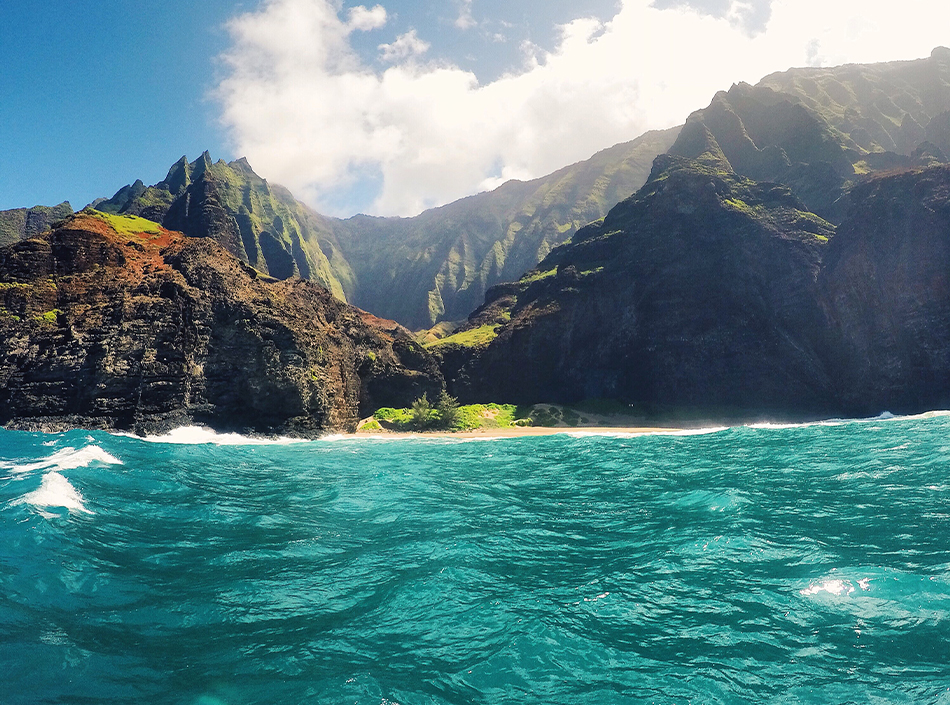 Many visitors recognize the landscape because the Na Pali Coast served as a primary filming location for Jurassic Park and several other movies. You can hike among the cliffs if you head for the trails in the Na Pali Coast State Park. If adventure calls, there are some cliffs where locals can show you how to safely jump into the water below. 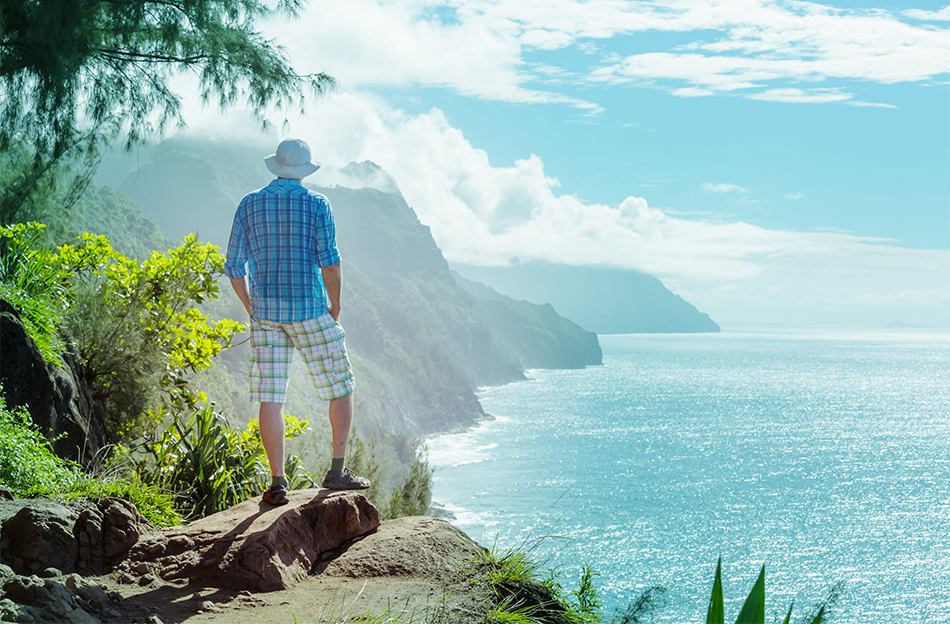 Kaanapali Beach is located on Maui's western coast, just outside of the tourist town of Lahaina. Kaanapali Beach runs from Black Rock to Canoe Beach and is flanked by several resorts and numerous fine shops and restaurants.

The gorgeous, white sand beach boasts a number of rock monuments, many of which had historic or religious significance to local Hawaiians. It is one of the top things to see in Hawaii. The most well-known of these is Pu'u Keka'a, also known as Black Rock. The beach also has a beautiful two-mile-long boardwalk where you can stroll and admire the views of the Pacific Ocean.

The Big Island of Hawaii has many beautiful beaches, but one of the best is Hapuna Beach. The beach is part of a state park on the Kohala Coast, making it a short drive from popular hotel destinations like Kona and Waikoloa.

Hapuna Beach has a long stretch of fine, white sand, and it is easy to find a quiet spot away from the crowds. Hapuna is a popular family destination, and you can make the most of a beach day by bodyboarding or swimming. There are some reefs on one side of the beach where you can try snorkeling. 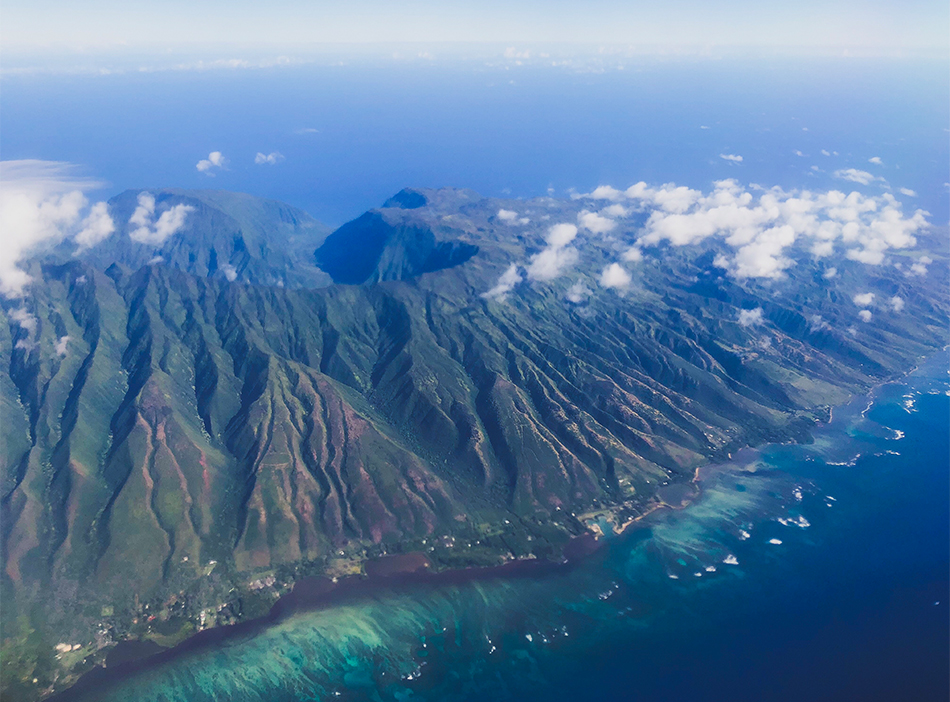 The Hawaiian Islands have not all developed at the same rate. Molokai is one of the state's least developed, but most beautiful, islands. Molokai, also known as the Friendly Isle, has a fascinating history. The Kalaupapa National Historical Park, which was once a leper colony, is the island's most well-known attraction.

The majority of visitors to Molokai today come for the history as well as the pristine, undeveloped beauty. You can go hiking in Pala'au State Park or spend the day at Papohaku, a beach that rarely has more than a few families on it at any given time. 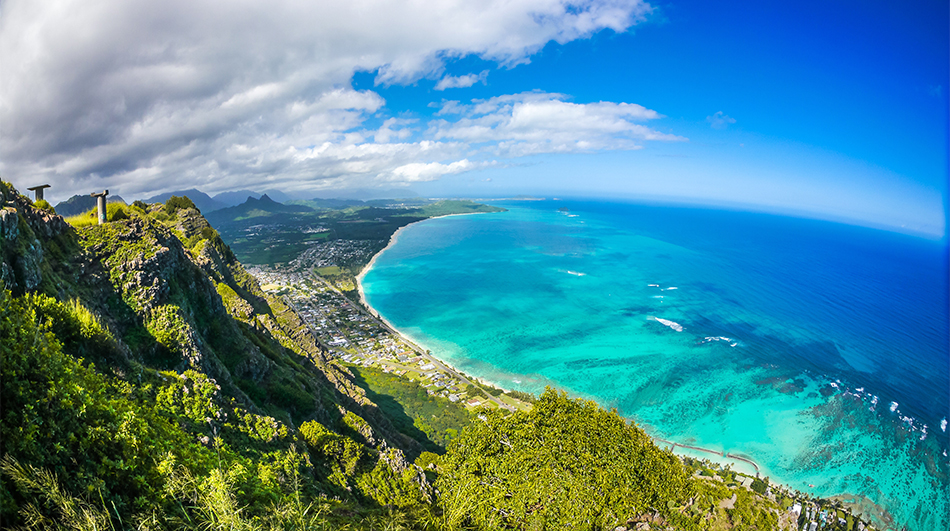 Although the island of Oahu is the most visited of the Hawaiian Islands, most visitors head straight for the capital city of Honolulu. The island’s North Shore is a little less touristy, and it offers some truly fantastic beaches.

If you’re into surfing, then you might already know that the North Shore boasts some of the best winter waves in the world. Head to Banzai Pipeline to watch world-class surfers and even championship contests. The vibe is very laid back, and it is a great contrast to the busier parts of the island. 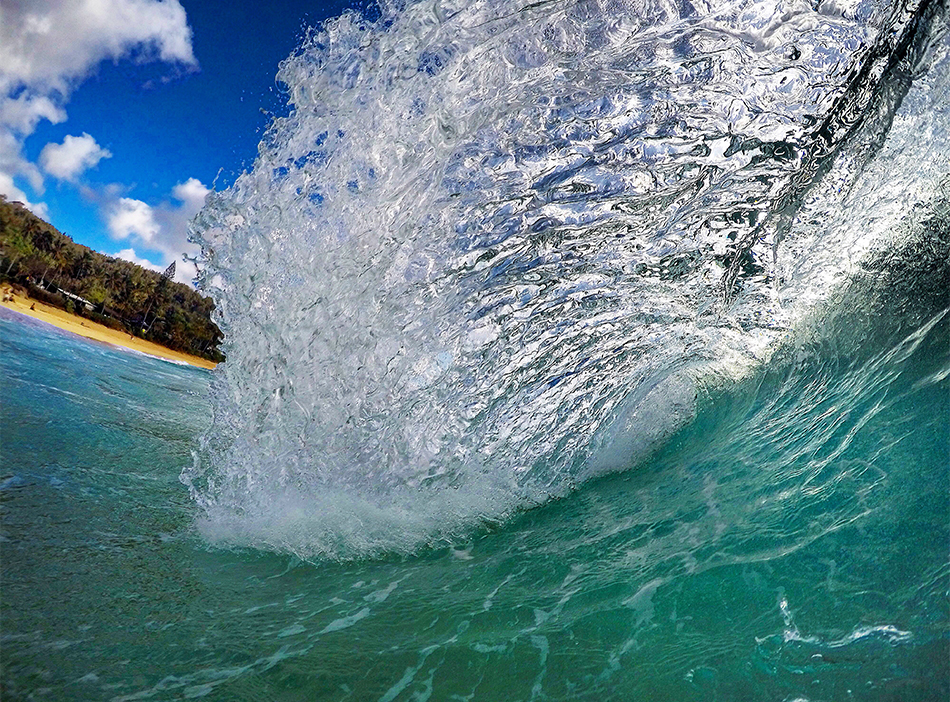