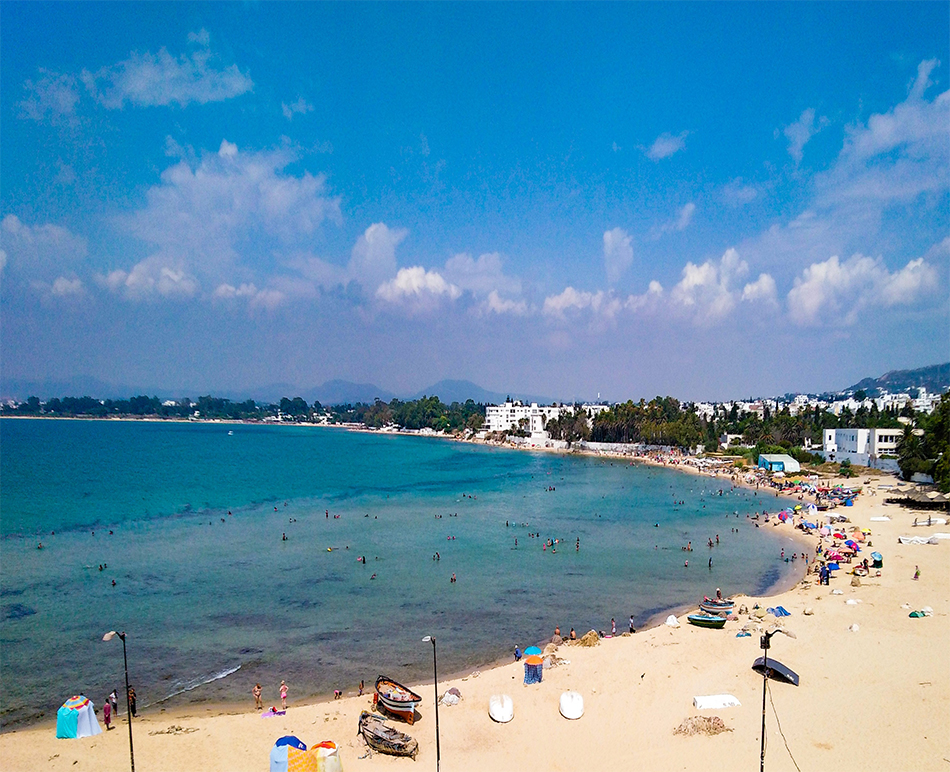 Tunisia, in North Africa, is the breadbasket of Rome and possesses the cultural treasure bequeathed by the Romans to attract visitors. There's also the Arab Empire's history and culture to consider.

In Tunisia, as you walk through the city, you will see the whitewashed houses and crowded Suk Street alleys come into view; if you like a quiet and idyllic style, you can come to the countryside here and see the ancient ruins for you, and if you like adventure, in the south you can go to the vast desert of Sahara where you will see endless sand dunes, cliffs, and palm-lined oases where you can experience a variety of different activities, an unforgettable and awe-inspiring travel experience for everyone. 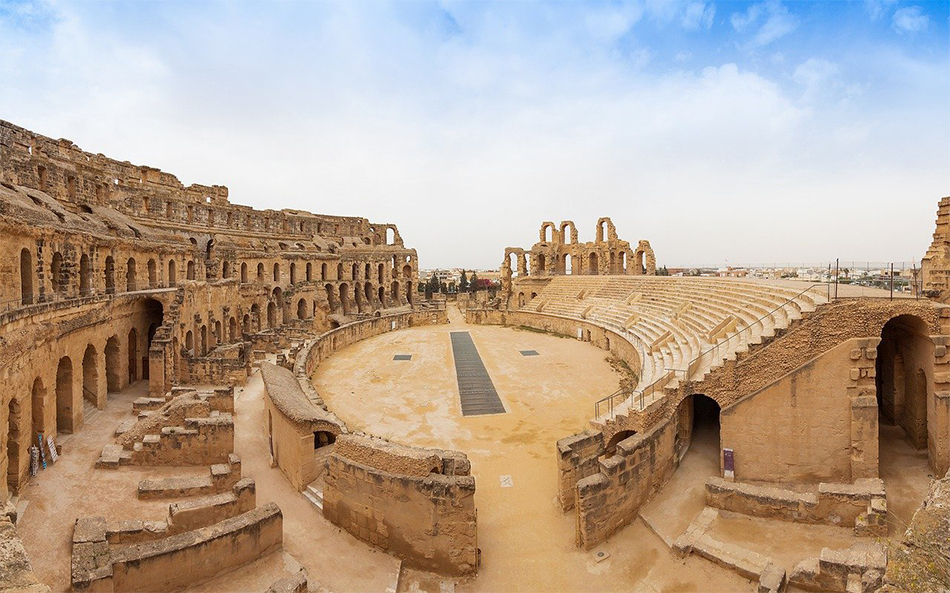 The rather distinctive and precious Roman ruins of El Jem's huge Roman theater, with its massive walls, have made it Tunisia's most popular tourist attraction, one of the most popular activities of day trips to coastal resorts, and one of the best surviving examples of amphitheater architecture in the world.

The stunning Roman remains are one of Tunisia's most recognized views, a significant attraction of the seaside resorts, and one of the world's remaining amphitheater buildings. The entire structure is evocative, thanks to its vast walls.

Visitors may go through the hallways beneath the stadium or attempt to climb to the top floor seats, where they can sit and stare out into the arena and envision the activity taking place below. 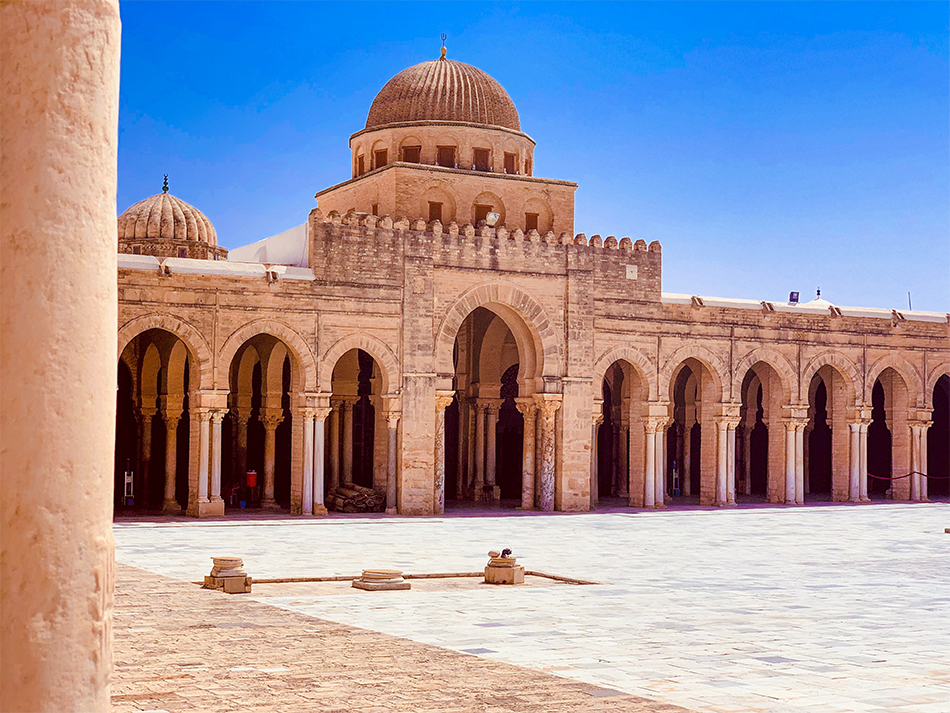 Originally the 19th-century royal palace of Bey on the outskirts of Tunis, the museum is one of the most important museums in the Mediterranean basin and the second to be established on the African continent after the Egyptian Museum. In addition to the famous collection of blue Korans excavated in the Grand Mosque of Kairouan, the museum's Islamic pavilion houses a large group of pottery from North Africa and Asia Minor. 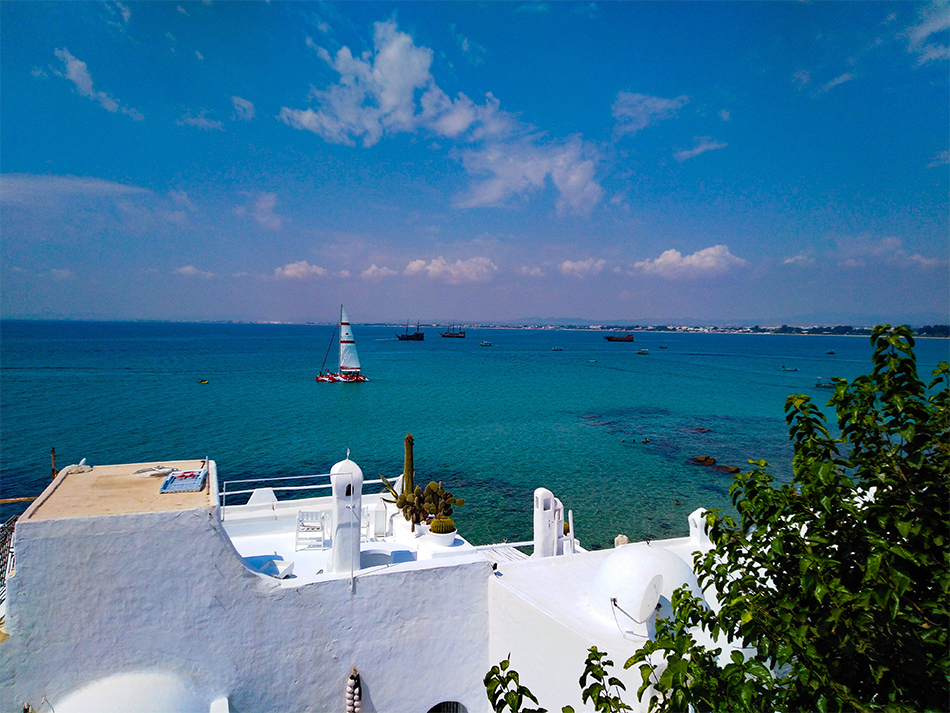 The Grand Mosque of Kairouan, also known as the Aqaba Mosque, is one of the largest and most culturally Islamic mosques in North Africa and is located in the World Heritage town of Kairouan Tunisia.

The mosque's incredibly towering façade also resembles a massive castle, with its high, thick walls and prominent buttress design. Visitors may view the valuable relics gathered in the interior of the Kairouan Mosque and learn about Muslim culture. 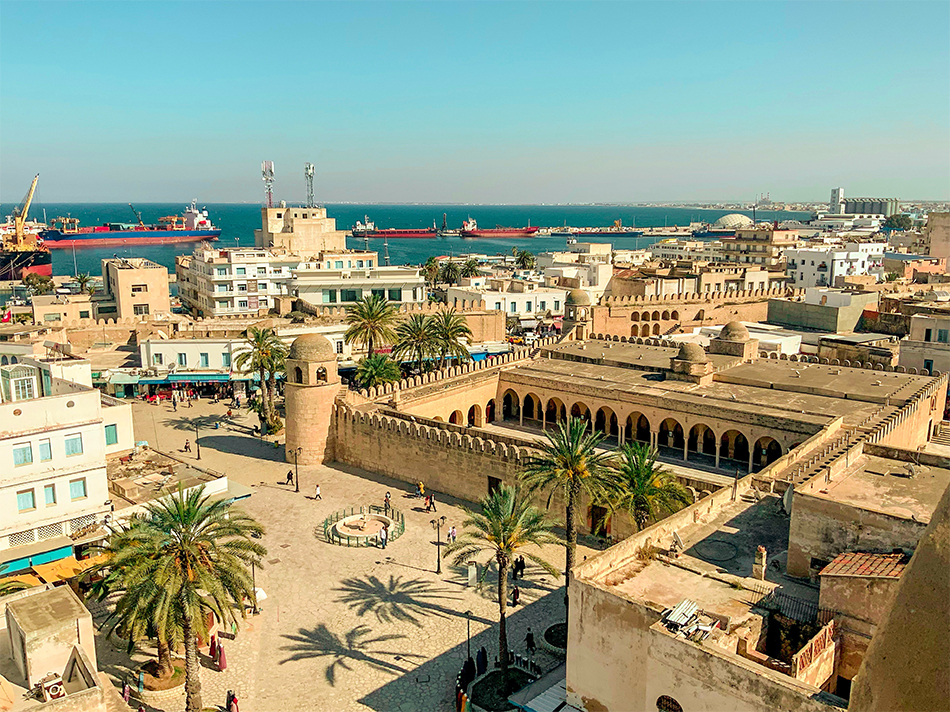 The beach is the focus of Hammamet. This laid-back village on Tunisia's Cap Bon peninsula is the country's leading sun and sea resort, committed to providing pleasant beach holidays.

The village has a Mediterranean style with lovely white buildings and is located close to a vivid blue sea, where tourists will feel healed and calm.

The Grand Mosque of Sousse Ribat, also known as one of the city's original mosques, has undergone various stages of enlargement and renovation and is now a prominent tourist destination.

There are active, regional bazaar stores where tourists may buy unique presents, but the prices of products here tend to be several times more than the standard price, and you may need to barter to guarantee that you obtain the gift at the proper price.

Today, the Cathedral of St. Louis, known as the Acropolium, is a Catholic cathedral in Carthage, Tunisia. It was erected atop the remnants of a temple dedicated to Eshmun, the ancient Punic deity of healing, on top of Byrsa Hill, near the ruins of the old Punic and Roman city. It is now utilized for public events such as concerts rather than ceremonies. The Cathedral of St. Vincent in Tunis is now Tunisia's only cathedral.

If you like religious culture, visiting this place is a good choice. The church has many sacred sites just; you need to check in advance if the church is open to help you travel better.