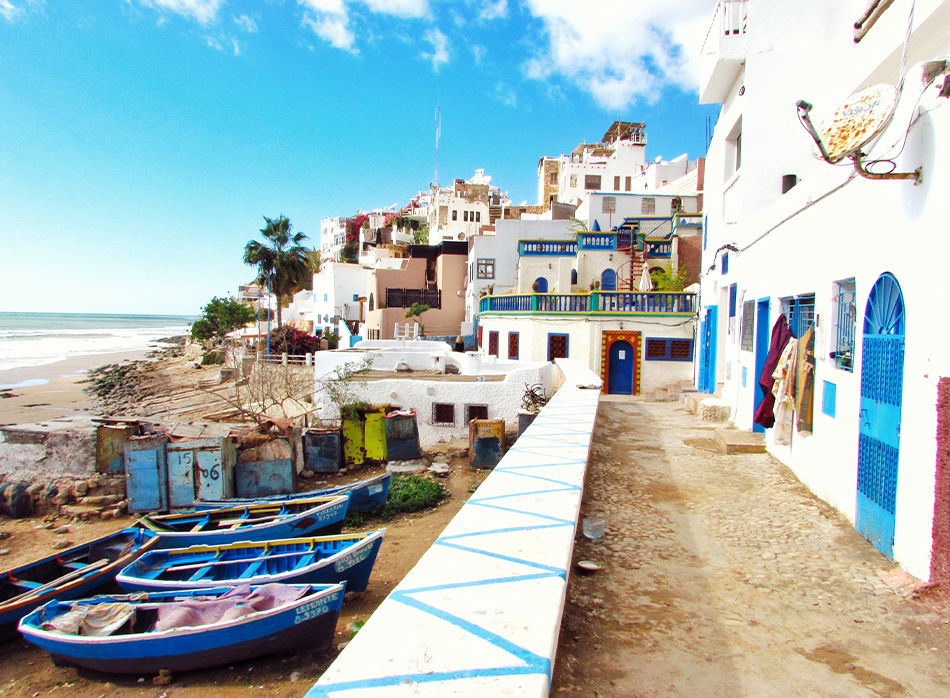 Morocco's coast and scenery entice visitors with long beaches, guarded fishing ports, beautiful oases, and the high Atlas Mountains. When you add outstanding examples of imperial towns like Fez, Meknes, and Marrakech and their early Islamic architecture, it's easy to understand why Morocco is such a popular tourist destination.

The top tourist attractions in Morocco are listed below. 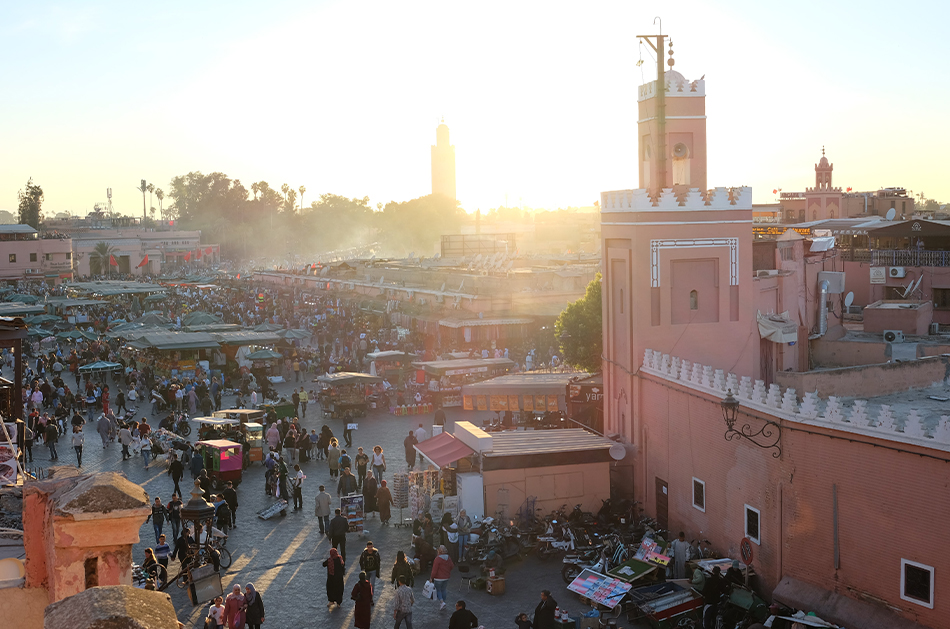 Djemaa El-Fna is the centerpiece of each trip to Marrakech and one of Morocco's most popular tourist destinations. By day, snake charmers and persons with monkeys and some of the more typical booths populate this area in the center of the medina. The entertainments on offer vary during the day: the snake charmers go, and the plaza fills up with storytellers, magicians, and traditional medicine peddlers in the afternoon and evening. Djemaa El-Fna fills with dozens of food vendors as night falls, and the crowds are at their peak. 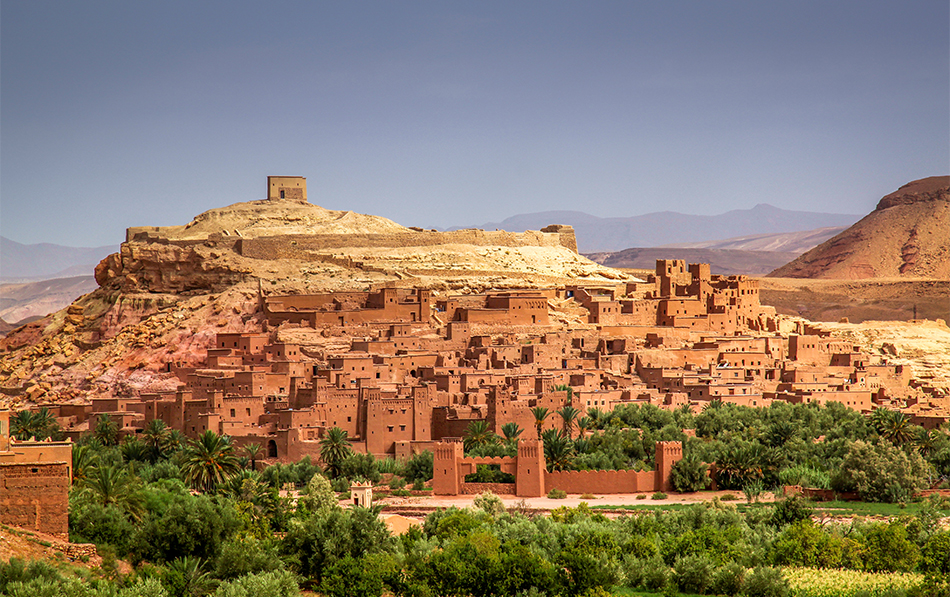 Along the old caravan route between the Sahara and Marrakech, At Benhaddou, is Ouarzazate's walled settlements. Six kasbahs and a modest number of dwellings are located within the high mud walls. Although a few families still live within the city walls, most of the town's residents now live in a more modern village on the other side of the river. Lawrence of Arabia and Gladiator are two films where At Benhaddou has appeared. 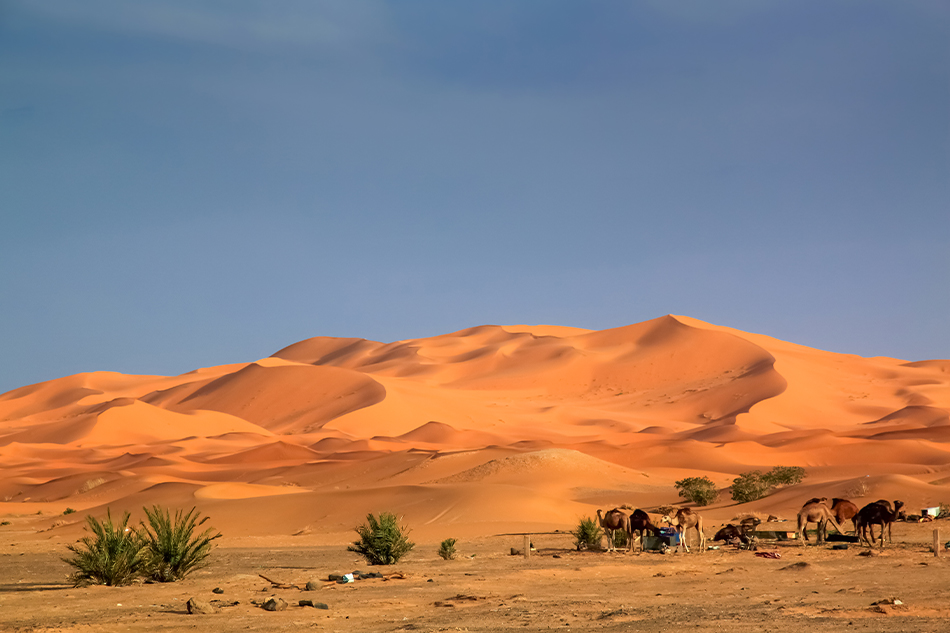 In the Sahara Desert, the Erg Chebbi dunes may be found. The awe-inspiring dunes reach heights of up to 150 meters, making one feel tiny in their shadows. Erg Chebbi is distinguished for its stunning orange-colored sand. Excursions to the dunes are usually started from Merzouga, located on the erg's edge. Although it is not the most pleasant mode of transportation, camel trekking is the most popular alternative. 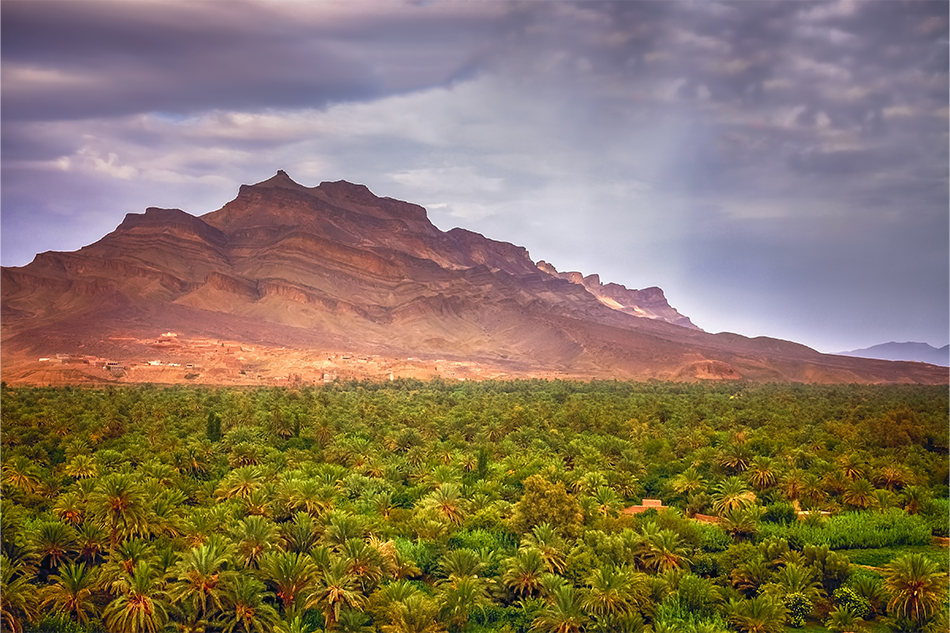 The magnificent Draa Valley, located south of the High Atlas mountains, stretches from Ouarzazate in the west to Zagora in the east, bordered with historic Kasbahs, Berber communities, and palm groves. A trip across the valley is probably one of Morocco's most beautiful adventures. The Draa River runs through the Draa Valley, starting in the High Atlas and ending at the Atlantic Ocean; however, it usually dries out before reaching the sea. 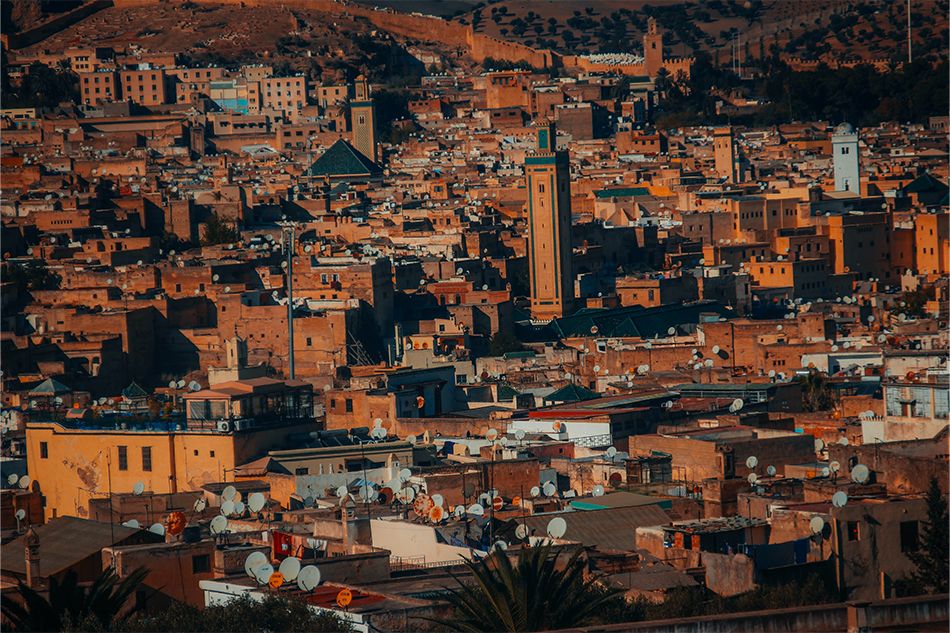 The largest of Fes' two medinas, Fes-al-Bali, is a substantially preserved medieval city. It is the world's largest car-free metropolitan region by population, with a population of over 150,000 people. Donkeys, carriages, and motorcycles are used to transport products. The medina is encircled by high walls, punctuated by several old city gates. A rooftop patio is available at several businesses and restaurants, and it's a terrific place to get away from the busy streets. The vistas are stunning around sunset and after dark. 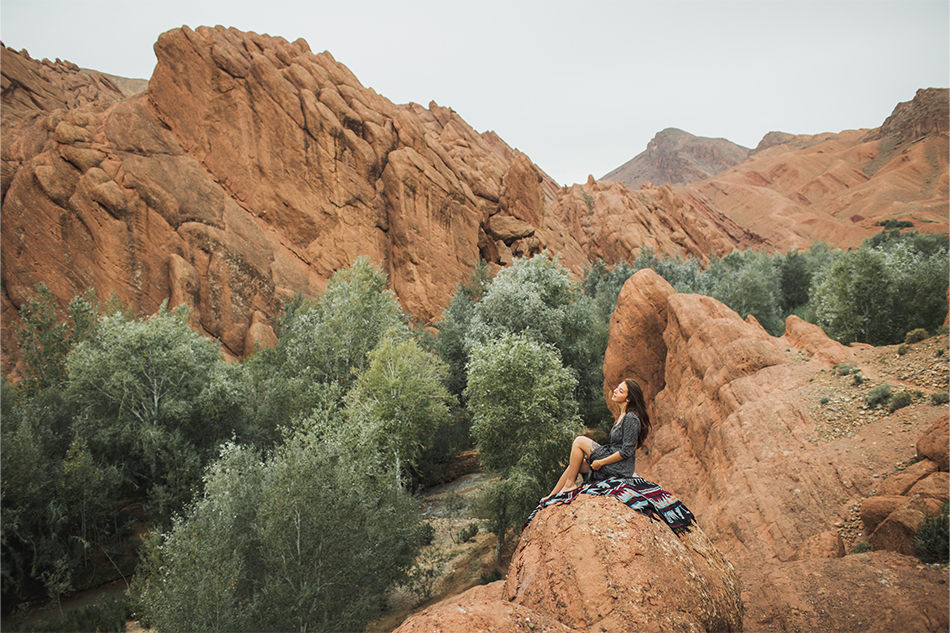 Todra Gorge is located on the High Atlas Mountains' isolated east side. The Todra and Dades Rivers have formed cliff-sided gorges across the mountains. The canyon narrows to a flat stone pathway as narrow as 10 meters (33 feet) wide in parts, with steep and smooth rock walls up to 160 meters (525 feet) high on either side, making the final 600 meters of the Todra Gorge the most beautiful. 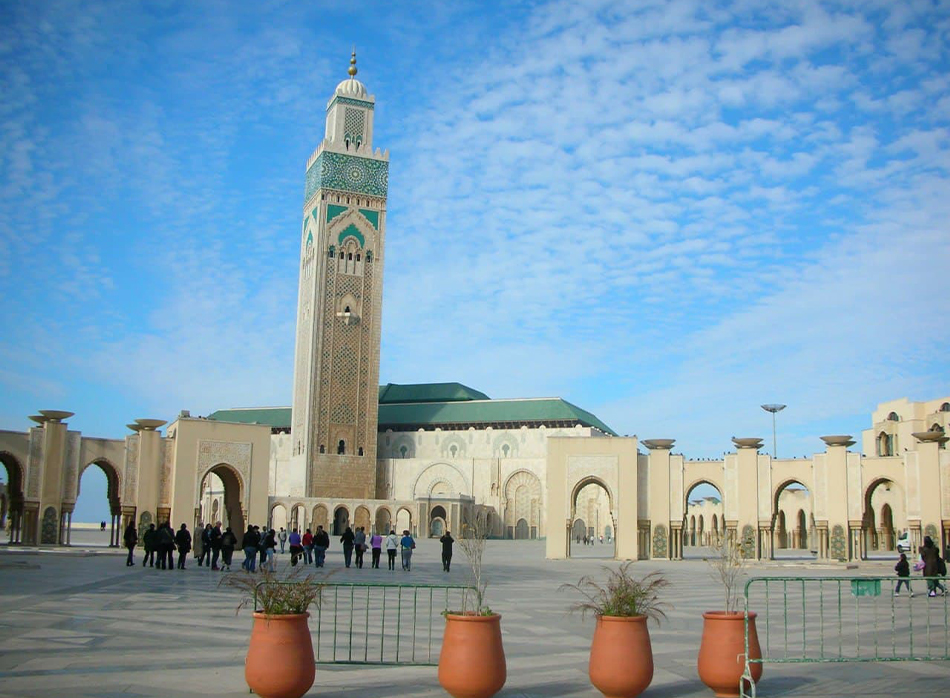 Casablanca is most known for being the colonial setting for the romantic 1942 film "Casablanca," yet it no longer has that dreamy, intoxicating ambiance. Instead, modern Casablanca is a worldwide economic powerhouse, with the port city's significance making it Morocco's economic core.

You may still learn more about Casablanca's past by wandering through the city's interesting historic core. The beautiful Moorish architecture incorporates European style and culture. Have a drink at Rick's Cafe, the movie's renowned bar (it's been renovated, but there's a chance we'll have a flashback to the black-and-white film). 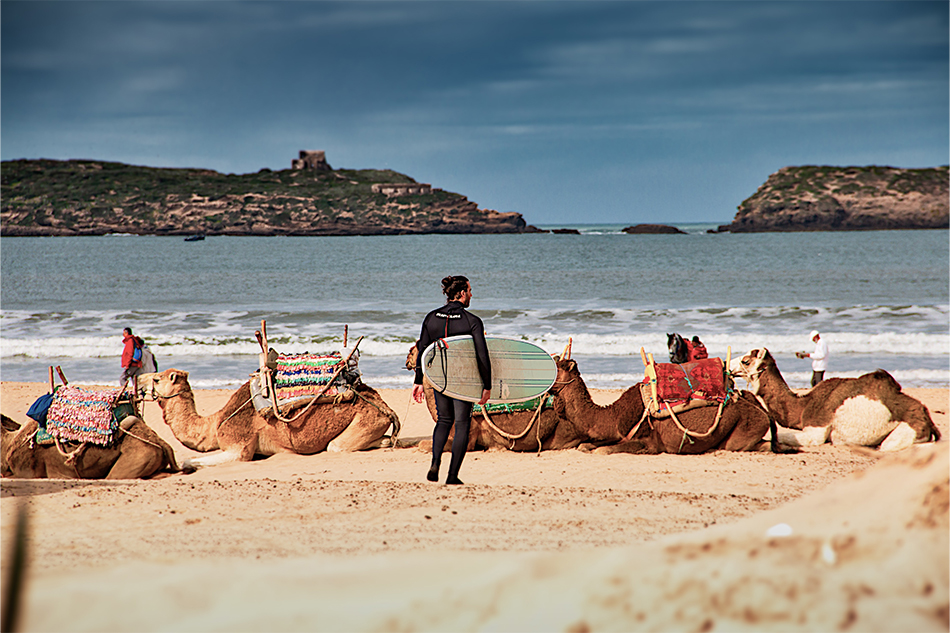 Essaouira is a laid-back fishing port with a natural bay to defend it. It was previously known as Mogador by the Portuguese in the 16th century. The current city of Essaouira was only constructed in the 18th century to enhance commerce with European powers. With the tremendous trade wind blowing nearly continually onto the sheltered harbor, Essaouira is today known for its kitesurfing and windsurfing. On the beach, parasols are commonly shielded from the wind and blowing sand. Many modest arts and crafts shops, particularly cabinet manufacturing and wood carving, can be found in Essaouira's medina. 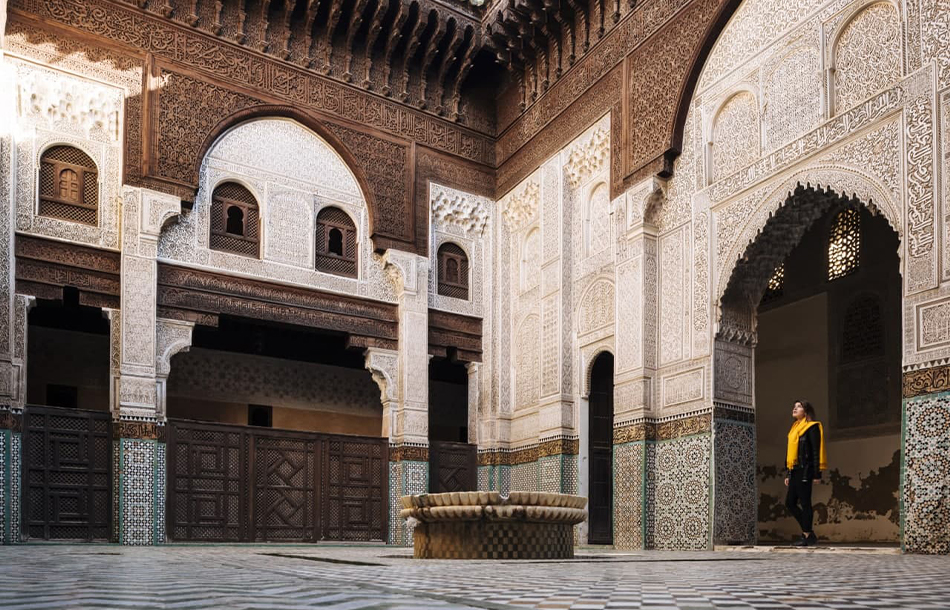 Meknes is one of Morocco's four imperial towns, and its name and renown are inextricably tied to Sultan Moulay Ismail. The sultan transformed Meknes into a magnificent metropolis in Spanish-Moorish architecture, complete with towering walls and massive gates. Meknes is an imperial city with many historical monuments and natural wonders, and it is also the closest city to the Volubilis Roman ruins. 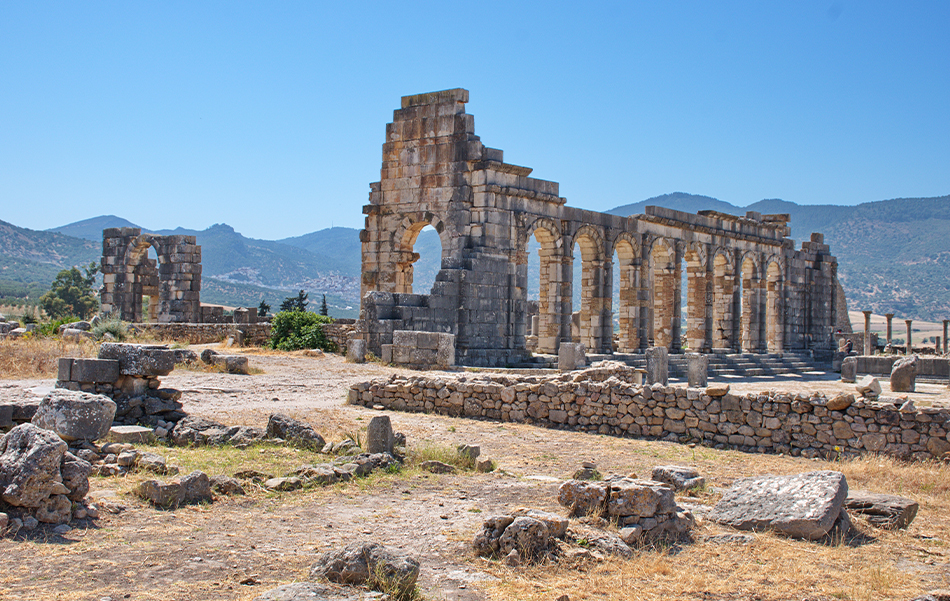 In antiquity, Volubilis was a significant Roman town located at the westernmost boundary of Roman conquests in modern-day Morocco. It served as the administrative center of Mauretania Tingitana province. The province's lush plains generated a variety of goods, including grain and olive oil, which were sent to Rome, boosting the province's wealth and prosperity. Although the Romans fled much of Morocco at the end of the third century AD, Volubilis remained inhabited for decades.