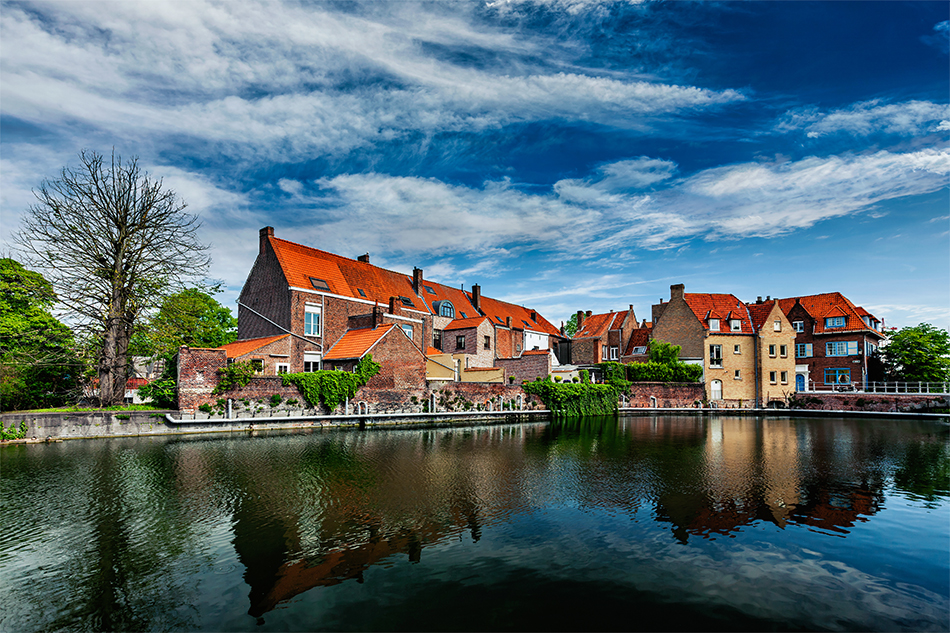 Belgium may be a small nation in Western Europe, but it is densely packed with history: crusader knights, the site of Napoleon's Waterloo, and a country that has suffered the brunt of World Wars I and II. Because Belgium is so tiny, travelers may get to practically every tourist spot in the country in three or four hours by rail. Belgium is famous for its art, architecture, beer, food and chocolate. If you need any more reason to visit Belgium, it is also the birthplace of Belgian waffles. 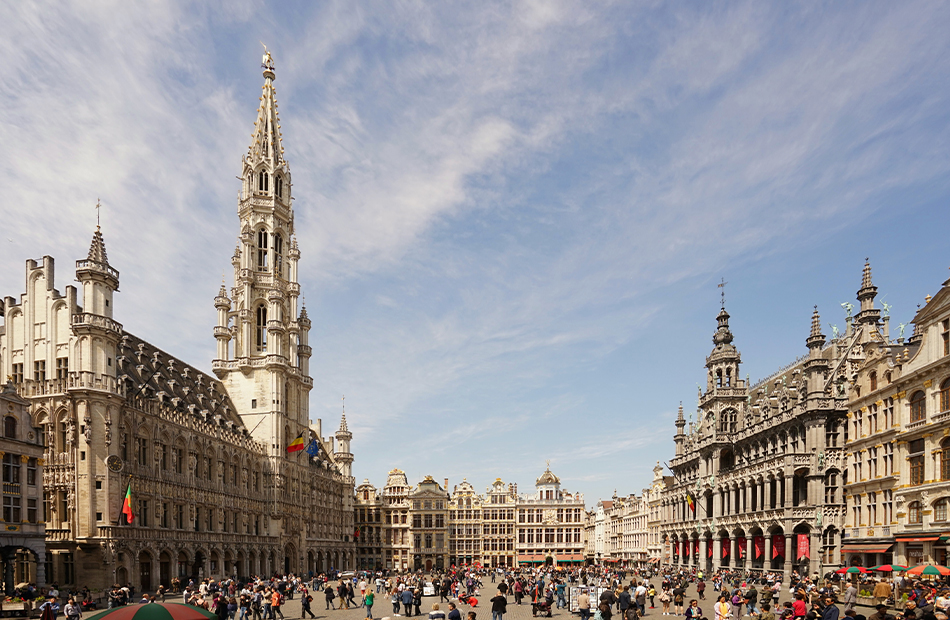 The Grand Place (or Grote Markt) is a must-see for tourists to Brussels. Indeed, the city's principal landmark is its center square. The square, surrounded by the town hall and guildhalls, isn't huge compared to other courts worldwide, but the historic structures that line its sides make it unique. The Grand Place was formerly a marketplace in the 11th century. Every two years in August, a gigantic "flower carpet" is laid up for a few days in the Grand Place. A million bright begonias are arranged in designs covering a substantial portion of the square. 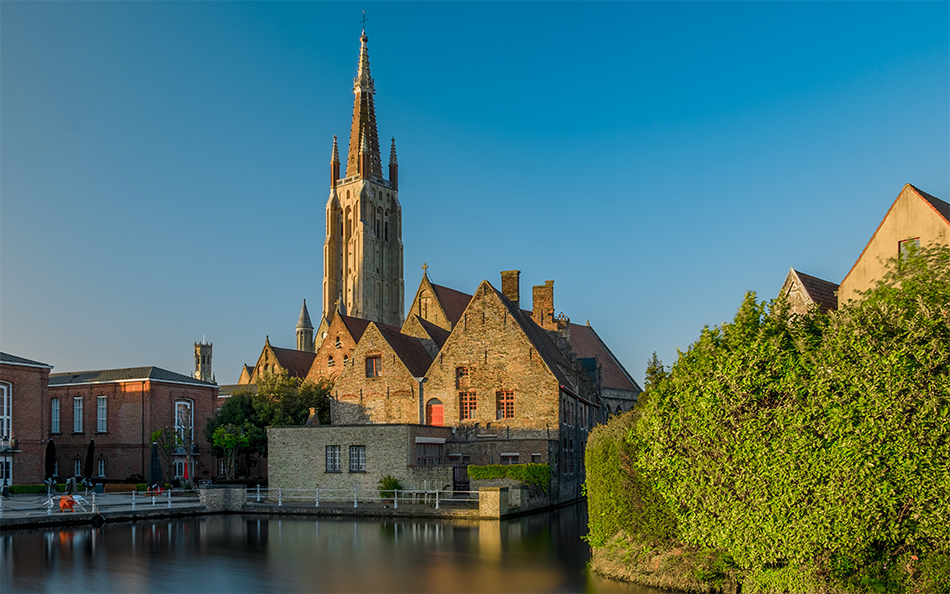 If you wish to climb the Belfry of Bruges, you'll need to be in good physical form because there are 366 steep, narrow steps to the summit. Climbers who accomplish this key Bruges emblem will be rewarded with spectacular city vistas. The medieval bell tower was completed around 1240 when Bruges was a significant fabric producer. After being destroyed by fire 40 years later, it was rebuilt, with more fires occurring over the ages. The tower's bells are still ringing today. 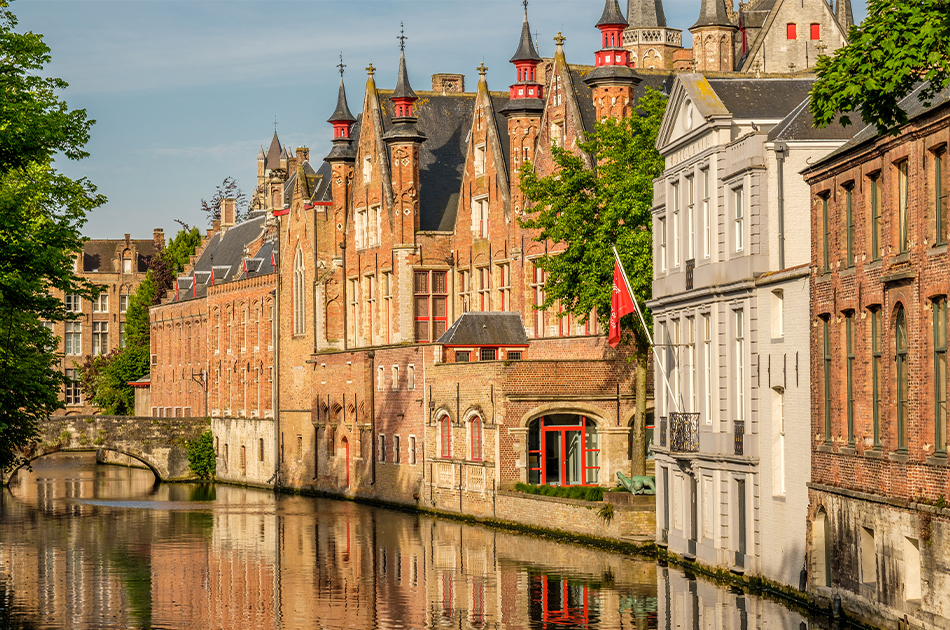 Bruges is known as the "Venice of the North" because of its canals. The 'Reenie' river was transformed into a network of channels in the Middle Ages, allowing traders to transport their wares to the Market's massive Water Halls. A boat trip around these famous canals is now a popular method to explore some of Bruges' most attractive sights. 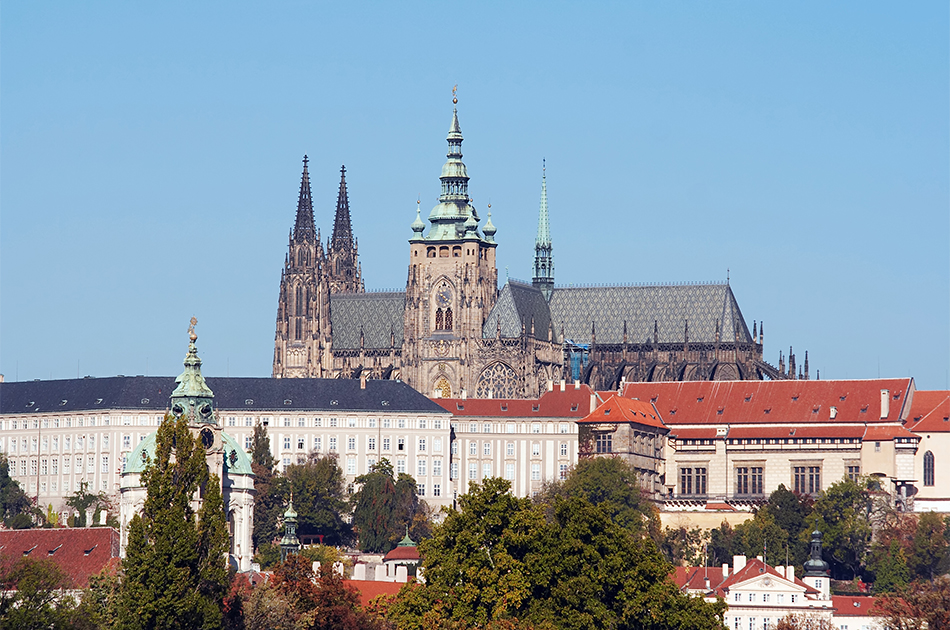 Although the Cathedral of Our Lady (Notre-Dame de Tournai) building did not begin until the 12th century, Catholicism has been an important religion in the Walloon city of Tournai since the 6th century. Three architectural styles are represented: Romanesque, Transitional, and Gothic. The cathedral contains five bell towers, each with a 157-foot-high roof. The Issue of Souls in Purgatory, a picture by the famed Flemish artist Peter Paul Rubens, may also be found in the house of worship. The cathedral is undergoing renovations after being severely damaged by a storm in 1999. 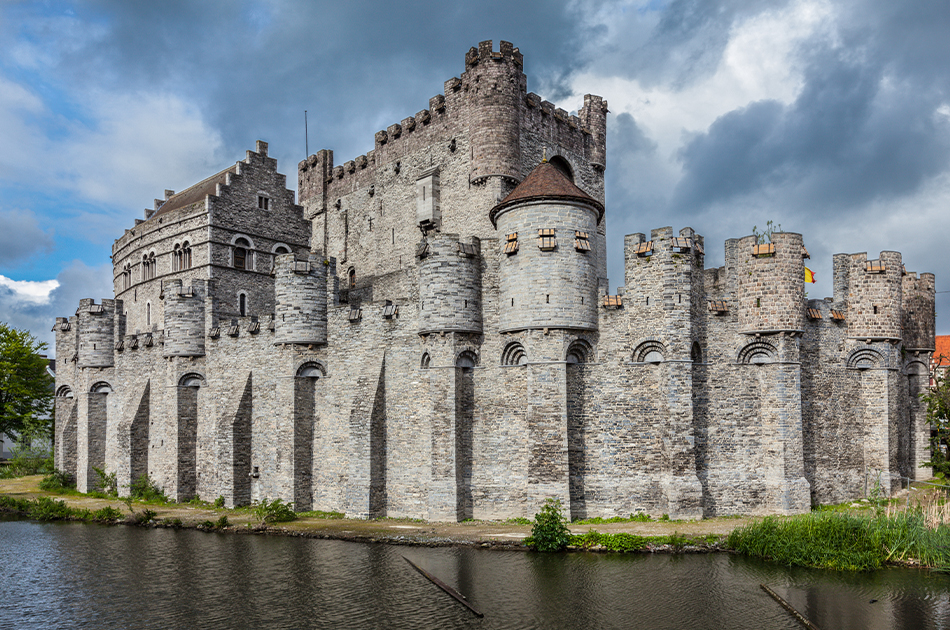 One can almost see knights in glittering armor riding white horses through the gates of Gravensteen Castle, which dates from the 12th century, which wouldn't be too far off, given that the fortress was modeled after those seen by knights during the Middle Ages' Second Crusade. It was a jail, and a factory and dwellings were erected in the courtyard. The city of Ghent rescued it from demolition in 1885 and rebuilt it. It is currently one of Belgium's most popular tourist destinations. Inside is a museum dedicated to the many torture devices employed in Ghent throughout the centuries. 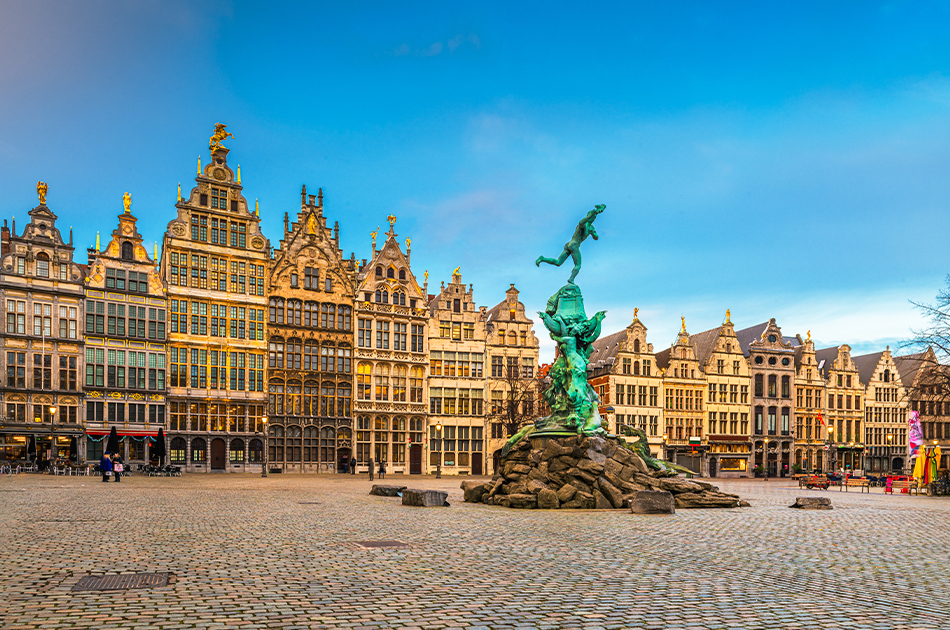 Mechelen's Grote Markt is a big square in the city's core; it is its central plaza. St. Rumbold's Cathedral, the city's main church, is on one end of the pedestrian cobblestone plaza, while the town hall is on the other. The other two sides are filled with restaurants and stores that were formerly private residences. In 2004, as the area was being prepared for underground parking, relics of a 13th-century road were discovered. On Saturday mornings, the square holds a market. 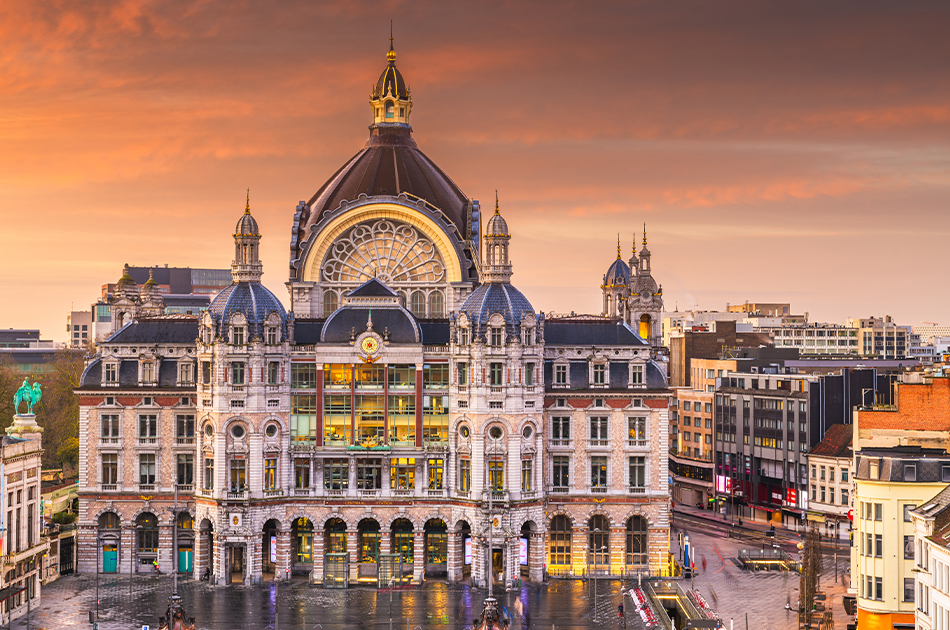 The Centraal Station in Antwerp, Flanders, is the city's central train station. The stone structure, which first opened its doors in 1905, has a commanding presence. It is crowned by a colossal dome that is 44 meters (144 feet) tall. The station is regarded as an outstanding example of railway architecture in Belgium. It is also considered one of the most beautiful train stations in the world. On 14 tracks on four floors, trains depart and arrive. Centraal Station can also accommodate high-speed trains. 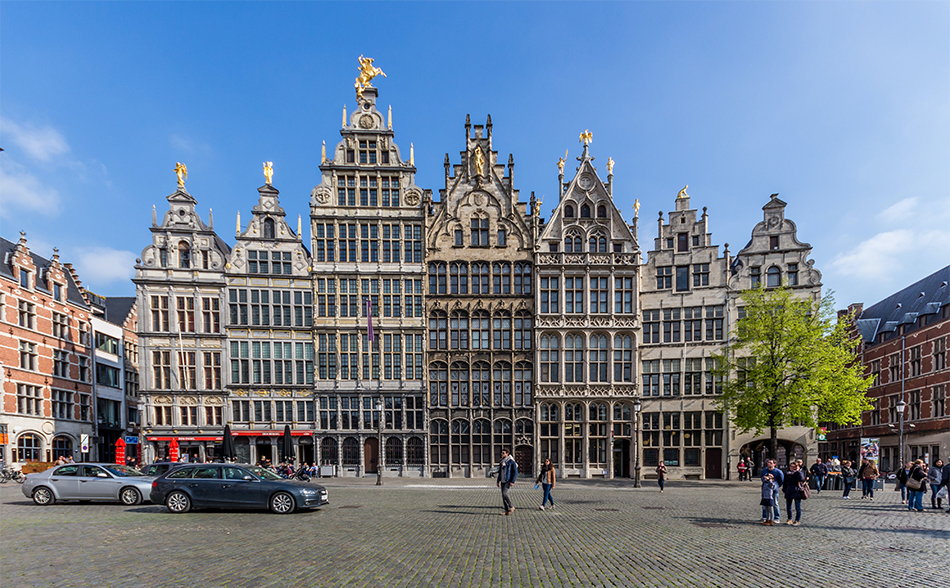 Perhaps because the 236 sculptures adorned it is placed in religious situations, the Leuven Town Hall seems more like a cathedral than a seat of government. These sculptures may be found on all three floors of the hall, each depicting a different figure from the city's history. The Gothic-style town hall, built in the mid-15th century, is exceedingly elaborate, almost lace-like. It is located across from St. Peter's Church and anchors Grote Markt or central plaza.

Bouillon Castle is perched on a ridge above the city of Bouillon. Though it was first documented in the late 10th century, it is thought to date back to the Romans. One of its early owners sold it to fund his participation in the First Crusade. Visitors will view three drawbridges, dungeons, and a torture room as they descend from the top of the castle. The castle, which is regarded as one of Belgium's best, is protected from intruders by a multi-layered fortification system. 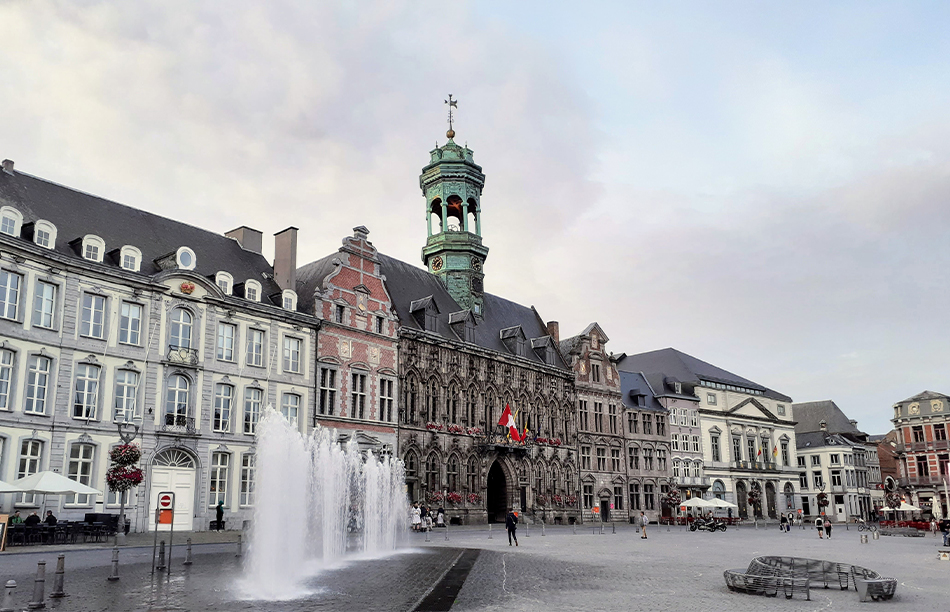 Mons is a medieval city that is now the capital of the province of Hainaut. It is home to Belgium's only Baroque belfry. The belfry is atop Mons' highest point, a square that initially contained a castle, the ruins of which may still be seen today. This bell tower stands 87 meters (285 feet) tall and has a 49-bell carillon, the biggest of which weighs five tons. An onion-shaped dome crowns the belfry, built in the 17th century.