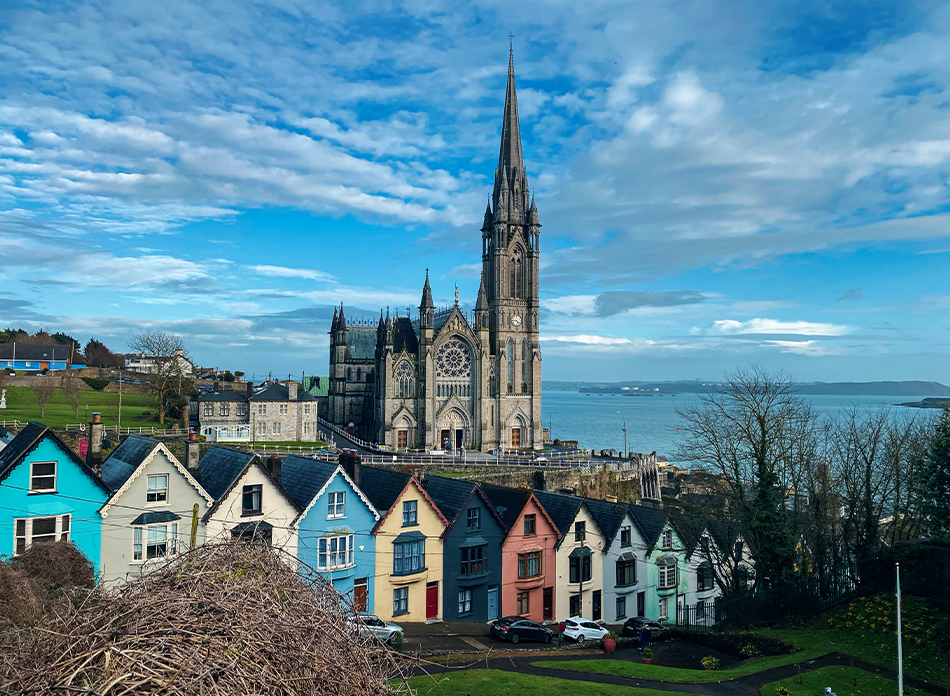 10 Best Places to Visit in Ireland

Ireland is a tourism destination that lives up to its virtually mythological reputation, from its rich Celtic culture to the spectacular beauty of its various landscapes. The Emerald Isle is actually green, the landscapes are breathtaking, and the people are warm and welcoming. Ireland, despite its tiny size, crowded towns, and extensive suburbs, has stretches of roads and trails where tourists might feel as if they had the entire island to themselves.

Those looking for a more social vacation experience merely need to go into a local bar to feel at ease. Whether you spend the night in a historic castle, cycle along a seaside headland, or visit a world-class museum to see Celtic antiquities, Ireland will enthrall you.

Ireland is divided politically into two parts: the Republic of Ireland and Northern Ireland, which is part of the United Kingdom. Our list of the greatest locations to visit in Ireland encompasses the entirety of the country. 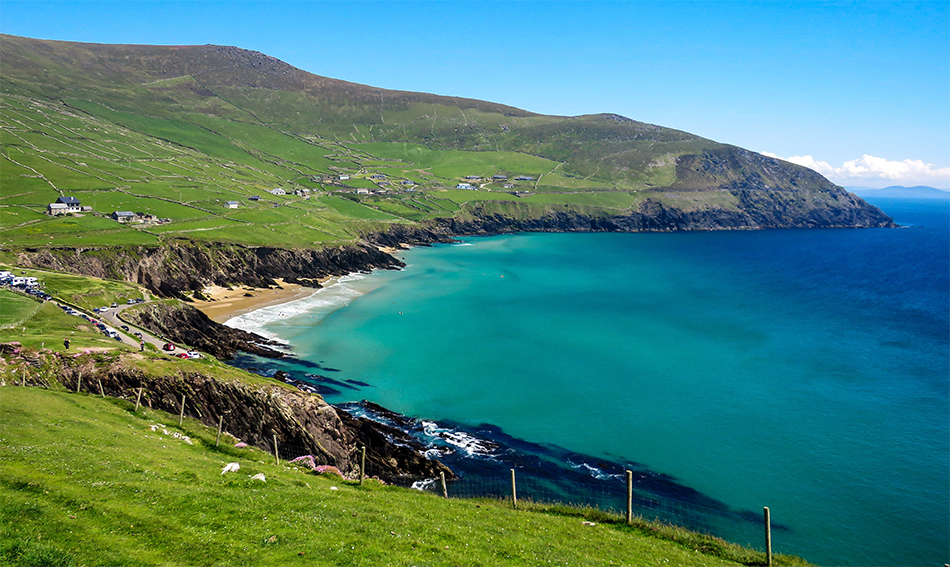 During the Dark Ages, the monks who lived in the so-called beehive huts, or clocháns, helped to keep learning alive. On the beaches of the peninsula, surfing and windsurfing are popular pastimes. Dingle Town provides pleasure and leisure at the end of the day with superb restaurants, nice hotels, and a vibrant bar scene. 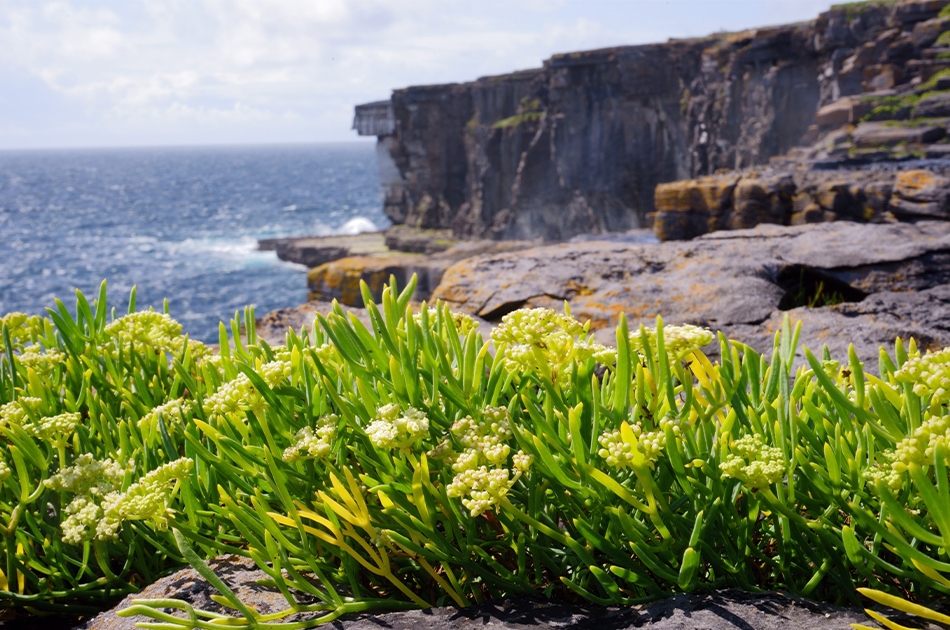 The Aran Islands of Inishmore, Inishmaan, and Inisheer, located off the west coast of Ireland near the mouth of Galway Bay, have drawn travelers for generations. Isolated from the rest of Ireland, residents on the islands have preserved a more traditional way of life than in other regions of the nation, providing tourists with a look into the country's rich history.

Horse-drawn buggies transport tourists via stone farm houses to enjoy stunning views from limestone cliff tops on Inishmore, the largest of the three islands, where just 100 cars are permitted. A 2,000-year-old stone fortification located atop a 90-meter (300-foot) cliff near Inishmore is well worth visiting. 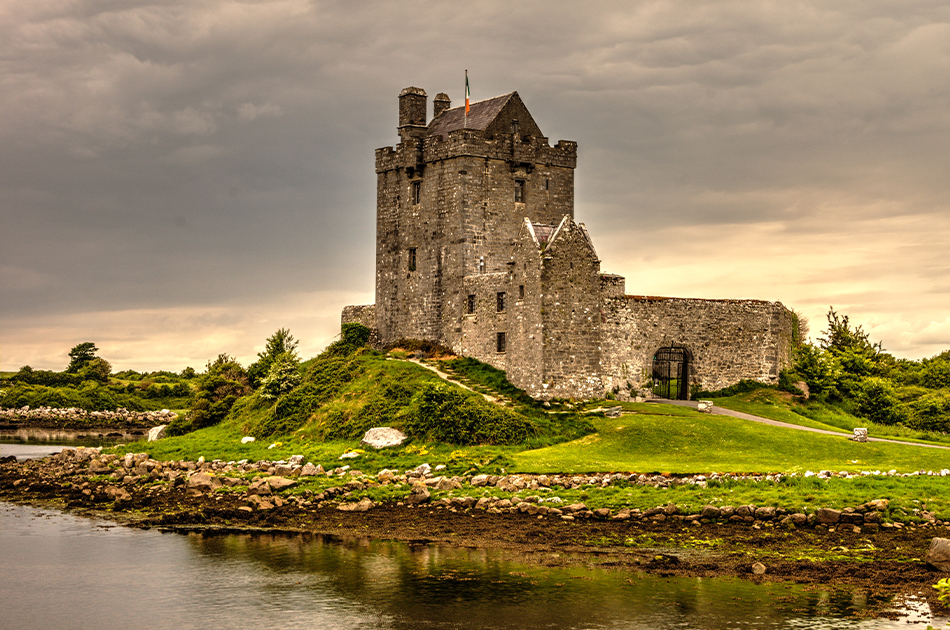 Galway, the biggest city in West Ireland, is best renowned for its art galleries and stores, the majority of which are located in the city's picturesque medieval quarter's winding alleyways and cobblestone streets. Galway is also a prominent hub for traditional Irish music, with many live music venues and a bustling bar culture.

The harbor city is also recognized for being one of the few areas in Ireland where the Irish language is still used in public. Galway is a fantastic location for anybody looking for an authentic Irish travel experience, since it is full of fun, history, and culture. 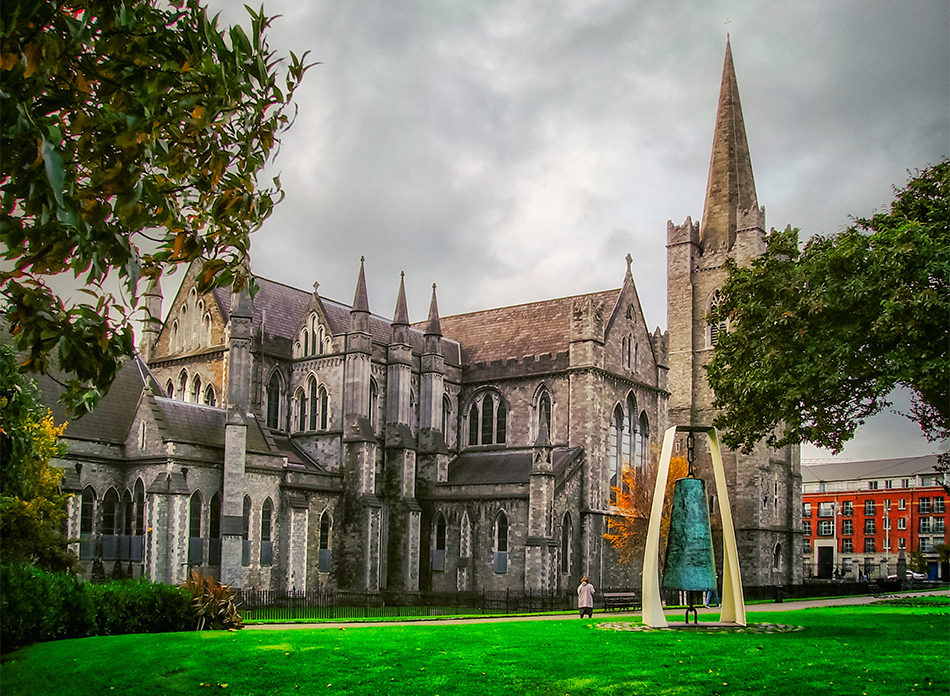 Dublin, the Republic of Ireland's capital, is unusually vast for a country with a population of only over five million people. The majority of Dublin's residents, however, live in the city's outskirts, while the city's primary tourist attractions are in the heart of the city.

Dublin is both a historical city and a vibrant modern-day port, with a thousand-year-old heritage. The city is proud of its history while remaining mindful of the need of living in the present.

Other European towns may be famed for their arts or music, but Dublin is known for its literature. Dublin is home to literary geniuses such as Oscar Wilde, James Joyce, and George Bernard Shaw, so it's no wonder that a 1200-year-old book is one of the city's most popular attractions. The Book of Kells is a rare, ornate manuscript of the four gospels of the New Testament housed in Trinity College, the alma mater of writers such as Bram Stoker and Samuel Becket.

Dublin Castle, a Norman fortification erected in 1204, and St. Patrick's Church, finished in 1260 and now the country's greatest cathedral, are both historical attractions. The National Museum of Ireland is well worth a visit for its collection of ancient gold, Celtic art, and Viking relics.

Locals are a friendly bunch who are recognized for their humor, charm, and love of fine food and drink. The latter may explain why the Guinness Storehouse, the birthplace of Ireland's most famous beer, is Ireland's most visited destination. Pub crawls are also popular in the city, with literary pub crawls being annual favorites. Visitors are led from pub to pub through literary monuments by actors who entertain them with passages from some of Dublin's most famous authors.

A trip to Dublin is a once-in-a-lifetime event, whether it's visiting the James Joyce Museum or trading anecdotes with locals over a pint of Guinness. Visitors leave with a compelling story that they'll want to share with others for years. 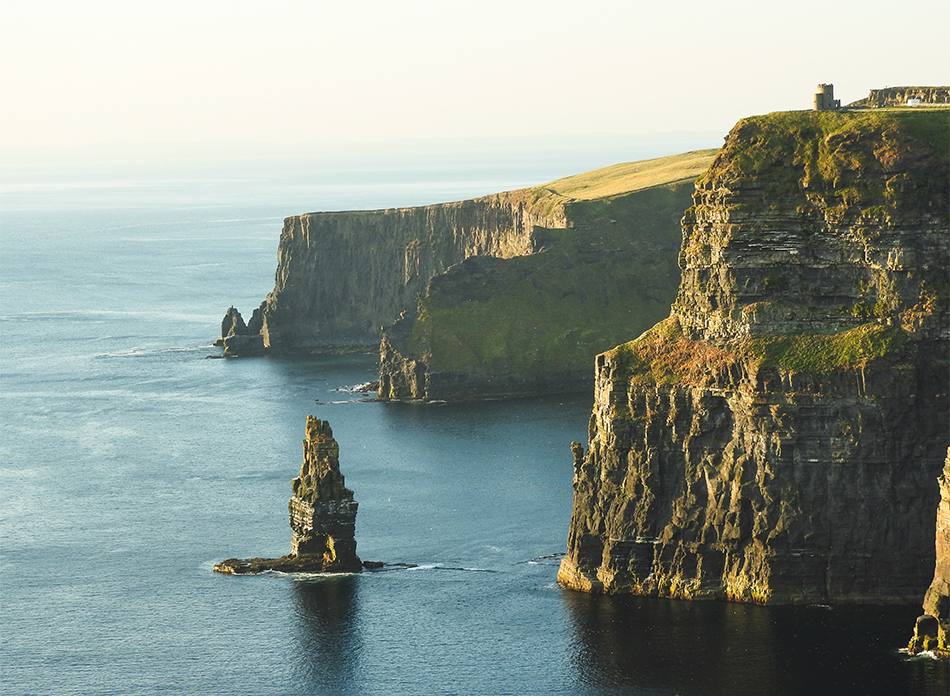 A trip to Ireland isn't complete without taking in the view from atop a high cliff overlooking the Atlantic, and the Cliffs of Moher elevate this experience to new heights. The section of cliffs, which rise about 210 meters (700 feet) above the beach, receives nearly one million tourists each year, making it one of Ireland's most popular tourist destinations.

In stormy weather, it's understandable that access to the cliffs is limited. Visitors may admire the cliffs from a different perspective by taking a boat excursion from the pier in Doolin.

The Boyne Palace mounds in Boyne Valley are not to be missed if you're looking for relics from Ireland's ancient past. Newgrange, Knowth, and Dowth are three of the 5,000-year-old burial mounds that have been entirely excavated and are available to tourists.

Newgrange is the most stunning, with its carved granite boulders and white quartz façade. Cremated bones and burial items from at least five persons were discovered in vaulted chambers connected by a central tunnel. The painted stones atop the mound of Knowth, some of which appear to be local maps, are its most famous feature. Inside Dowth, there is no public access, however tourists can climb the hill to get a better perspective. 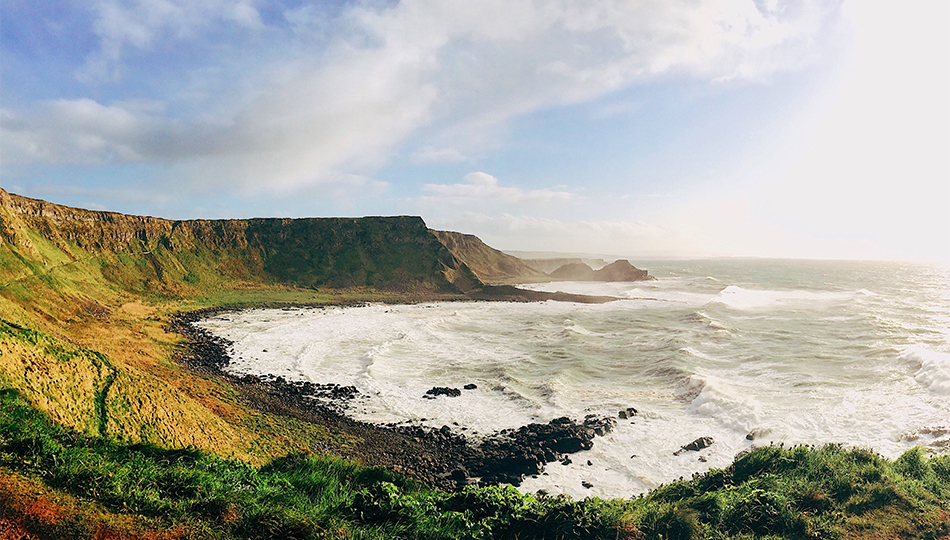 Tectonic plate movement, lava flows, and erosion shaped the stepping-stone columns into their current configuration over 60 million years. Cliff-top pathways provide spectacular views of the rocks, and a flight of stairs leads down to the water's edge. Walking tours and vehicle trips to the monument are also available from a local tourist center. 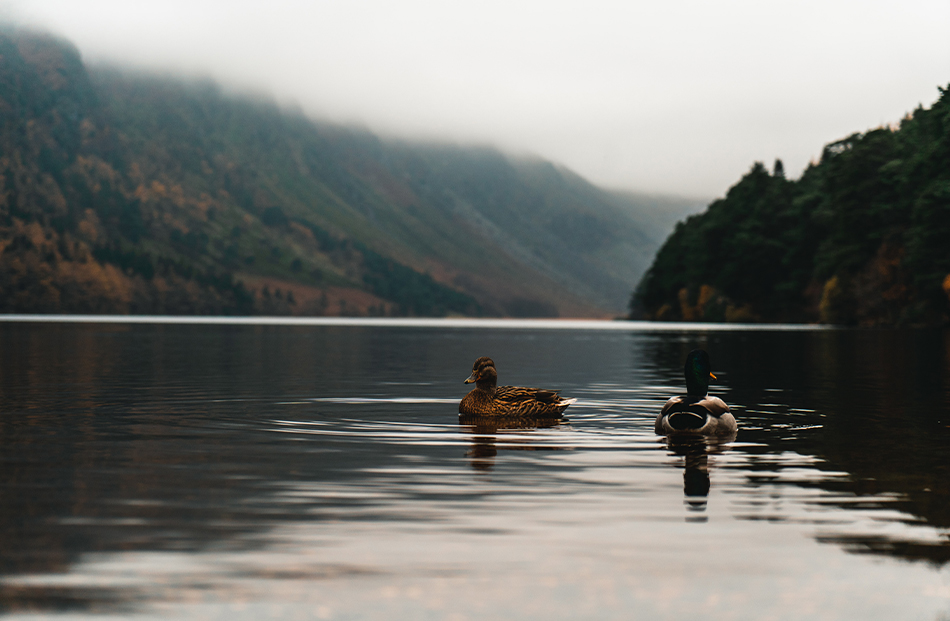 The Killarney National Park, in County Kerry, Ireland, was founded in 1932 after the Muckross Estate was ceded to the country. The Victorian Muckross House currently serves as the park's visitor center, and the estate's large gardens are one of the park's most popular attractions.

The park's three lakes, on the other hand, are the main attraction for many tourists. Boat cruises on the lake, which is home to swans and otters and is bordered by woodlands home to Ireland's sole native population of red deer, provide wildlife interactions as well as stunning vistas. Exploration by foot, bicycle, or horse-drawn carriage is possible because to a large network of paved routes. 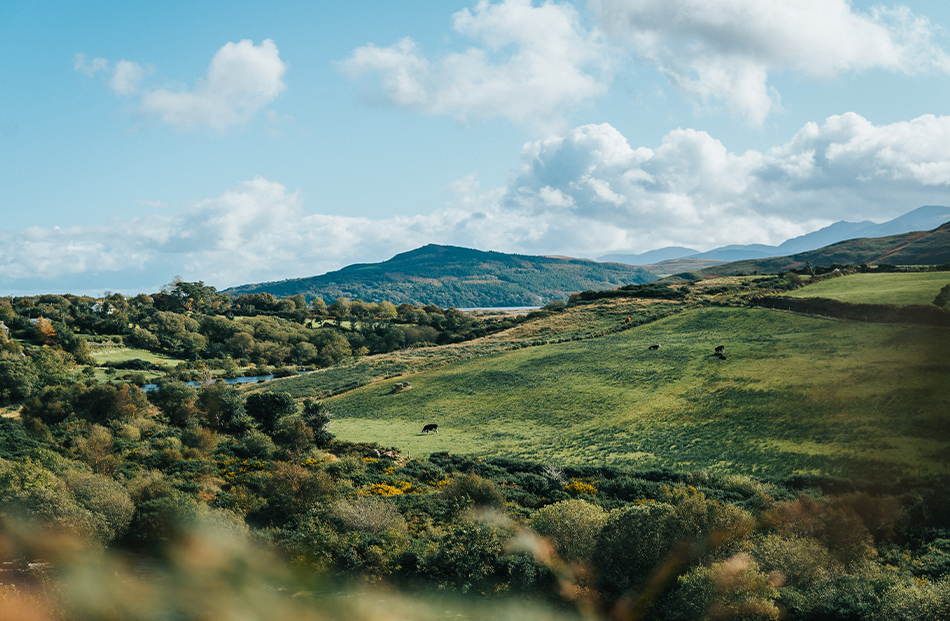 The Ring of Kerry, Ireland's most popular scenic drive, is a more than 160 km (100 mile) motorway that travels along the coast of the island's stunning Iveragh Peninsula. The majority of visitors begin and complete their vacation in Killarney; however, sensible travelers opt for the less-crowded charming village of Kenmare as a base.

The Ring of Kerry passes through Ireland's highest mountain, Carrantuohill, as well as many beautiful lakes, a medieval monastery, and the prehistoric Staigue Fort, which has solid stone walls built without mortar. When the weather is favorable, some seaside villages and resorts along the route have sandy beaches, making them lovely side trips. 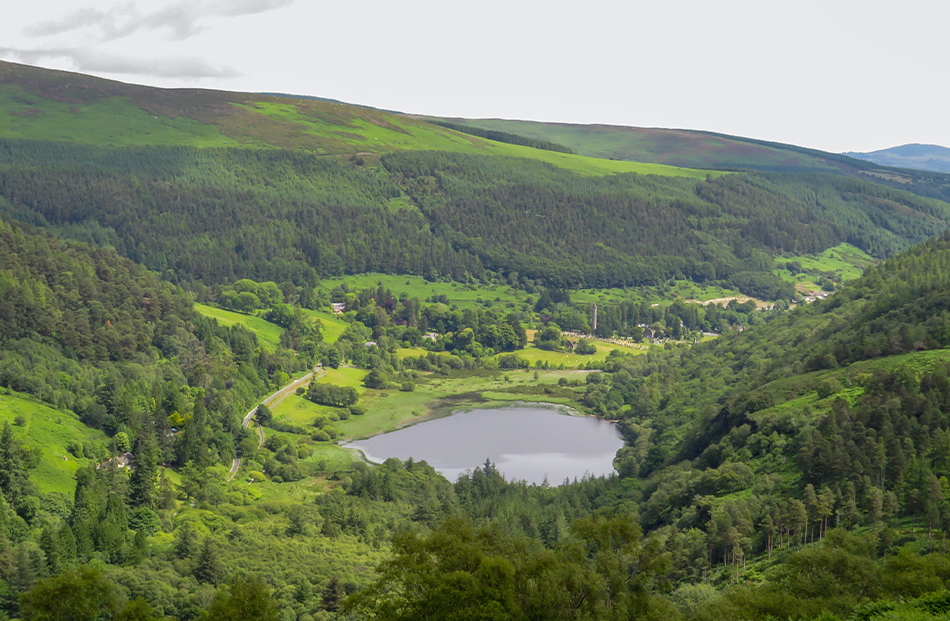 Glendalough, a monastery built in the 6th century by St. Kevin, a solitary monk who appears prominently in traditional Irish folklore, located just a few kilometers south of Dublin. Glendalough, formerly a major pilgrimage site in Ireland, continues to draw people from all over the world.

Visitors are drawn to the location by its beautiful beauty as well as its rich history, which is situated near two lakes in a valley surrounded by trees. The monastery's greatest feature is an incomplete 9th-century church, although many tourists are most impressed with the Round Tower. The 30-meter (110-foot) tower, which was equipped with a pull-up ladder, functioned as a last-resort sanctuary during Viking attacks.