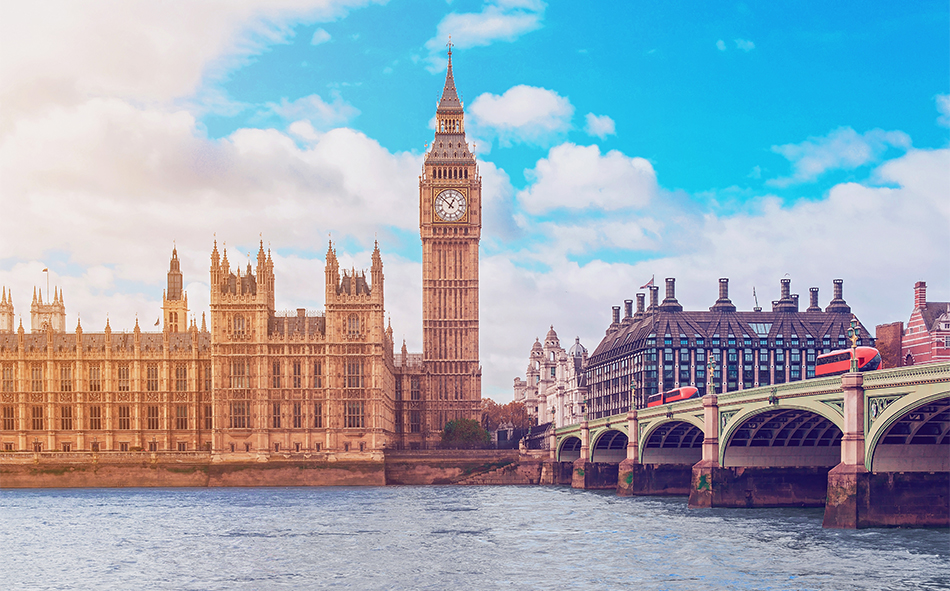 8 Best Places to Visit in the UK

The United Kingdom, which is made up of England, Wales, Scotland, and Northern Ireland, has long been a popular European tourist destination due to its gorgeous scenery, ancient towns, world-class museums, and world-class theaters.

There is a wide variety of locations to visit in the UK, from ancient castles to stately houses and the awe-inspiring landscapes of the Lake District and the Scottish Highlands. 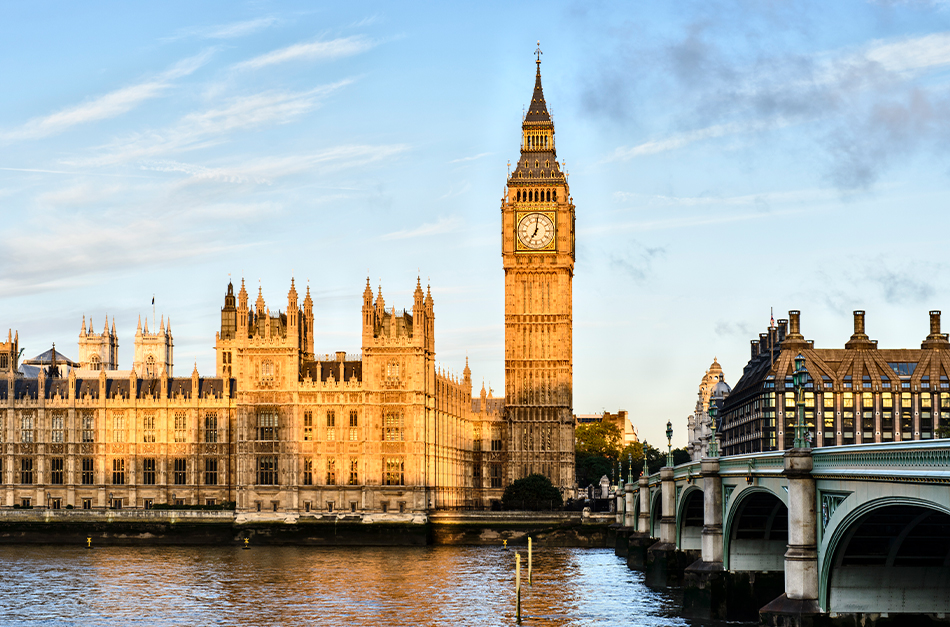 London is a fascinating city steeped in history, with museums and art galleries, lovely green parks, excellent shopping and eating, a thriving theatrical scene, and, of course, monarchy. London is a city with everything.

From its museums and palaces to ancient monuments like Westminster Abbey, the final resting place for many of the country's most acceptable figures, from poets to politicians to monarchy, the English capital is rich in history. The British Museum, the Natural History Museum, and the Tate Gallery are just a few of the world's most famous museums, all of which are free to visit. The changing of the guard at Buckingham Palace and observing the minutes are not to be missed.

London's vibrant theatrical culture produces some of the top performances in the world. There will be concerts galore, starting with an evensong service at St. Paul's Cathedral, which is as well known for Lady Diana Spencer's wedding to Prince Charles as it is for being an excellent example of Christopher Wren's architecture. Visitors interested in other royal spouses should visit the Tower of London, where Anne Boleyn, Henry VIII's second wife, was executed. Another must-do in London is to take a double-decker bus across the Thames River on Tower Bridge.

Shoppers will appreciate Oxford Street and Knightsbridge, home to one of the world's most famous department shops, Harrods. When you need a break, stop by a classic English pub and have a pint while considering what ethnic food to eat that night. 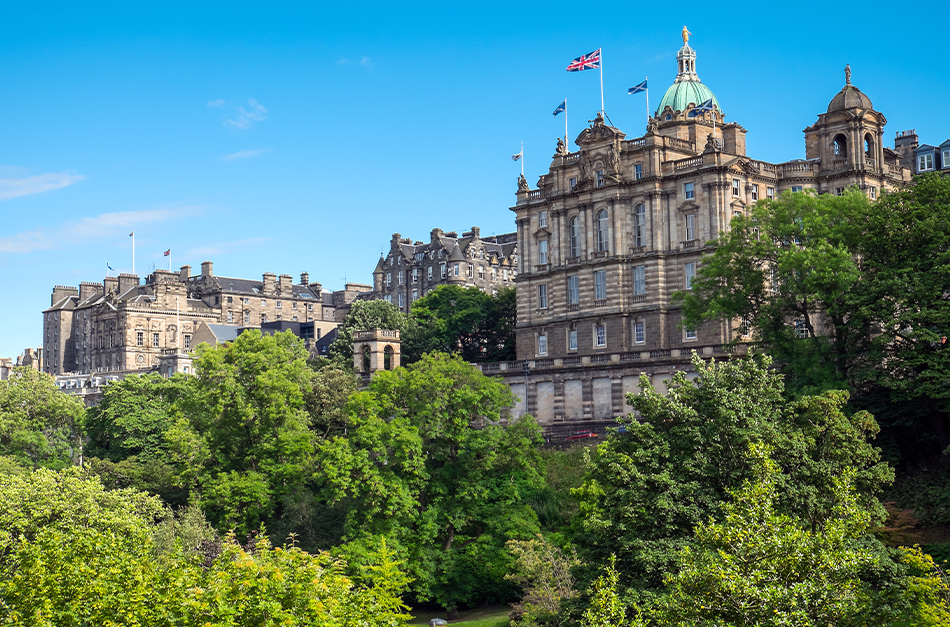 From the cobblestone alleys to Edinburgh Castle, Scotland's capital, visitors visiting Edinburgh should expect to be immersed in history. Edinburgh is rich in history, starting with the Old and New Towns, containing over 4,500 ancient buildings and places.

The Old Town and its rich history are symbolized by Edinburgh Castle, which lies high on a hill overlooking the city. The Royal Mile, which connects Edinburgh Castle with the Palace of Holyroodhouse, is located in Edinburgh's Old Town. Many people start their trip to Edinburgh by walking the Royal Mile. After this hike, visitors may choose to visit Grassmarket, a medieval market where public executions were formerly held. Robert Frost used to visit the White Hart Inn.

New Town, which originates from the 18th century and is noted for its neoclassical design, isn't new. The top echelons of the city lived in New Town. The Scottish National Portrait Gallery is located here, and it houses portraits of everyone from Mary, Queen of Scots, to Sean Connery.

Every August, more than 200,000 people go to Edinburgh for the Royal Edinburgh Military Tattoo, an event that exhibits the greatest military bands from across the world. The Edinburgh International Festival, the city's hallmark summer festival; the Leith Festival, a traditional arts festival; and the Festival Fringe, the world's largest arts festival, are among the city's numerous cultural events. 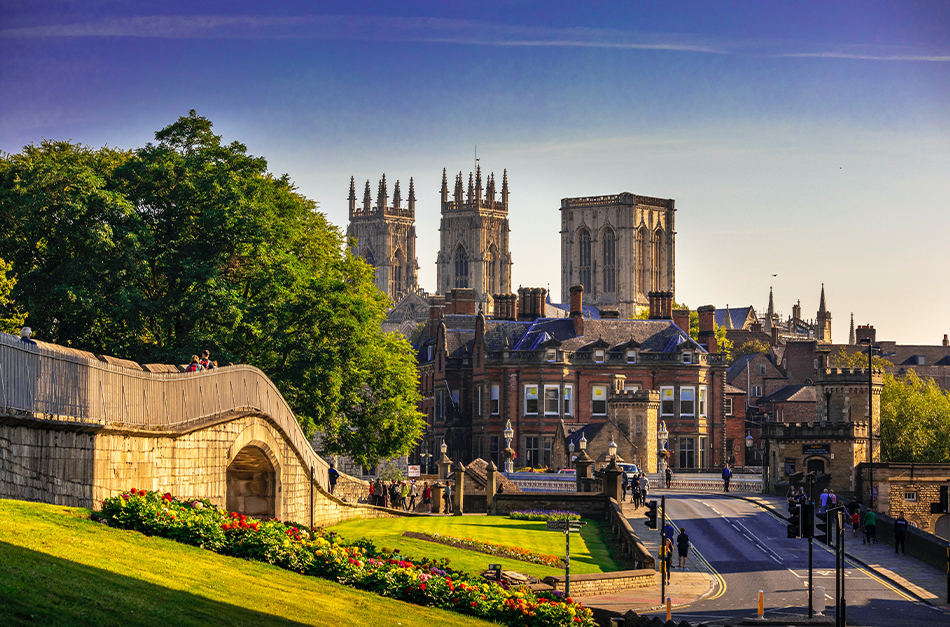 York, located where the River Foss meets the River Ouse, is a fortified city with a rich history. This historical city has a staggering amount of attractions crammed into its tiny territory. From London, York is only a two-hour train trip away.

As visitors meander through the city's cobblestone streets, a plethora of exciting attractions vie for their attention. York Minster is a well-known landmark in the city. This imposing stone church is brimming with magnificent pieces of art. The cathedral's "explorer baskets" and other activities oriented at young people ensure that children will not be bored.

The JORVIK Viking Center is one of York's most unusual attractions. The sights, sounds, and scents of a thousand years ago are captured in this replica of a Viking city. Clifford's Tower, erected by William the Conqueror in the 11th century and renovated by Henry III in the 13th, is a beautiful vantage point for panoramic views of the city.

The archaeology and geology collections of Yorkshire Museum are remarkable. One of the Castle Museum's features is a replica of a Victorian street. The Railway Museum is a free attraction examining 300 years of rail history with interactive exhibits that appeal to young and old visitors. 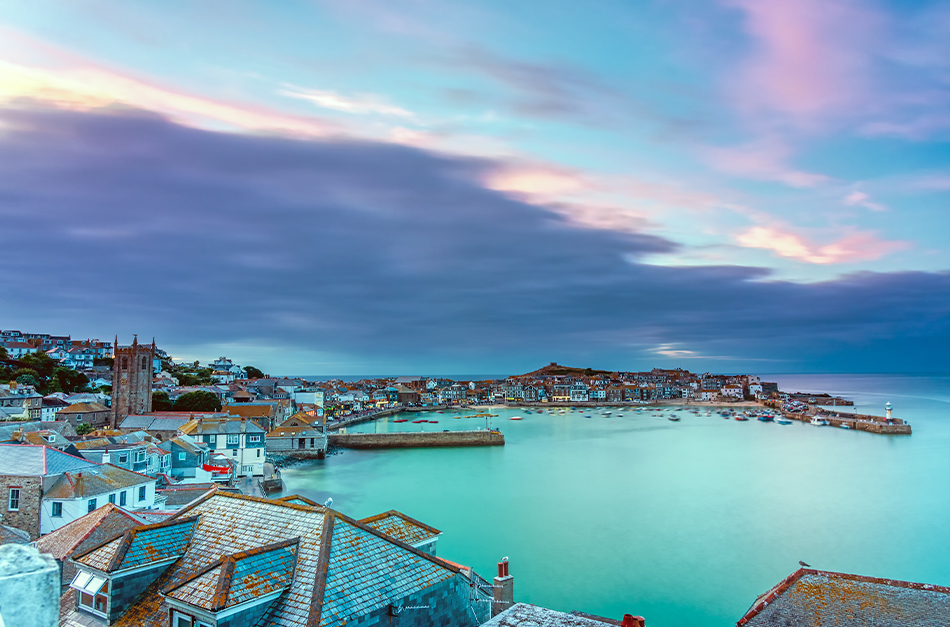 Cornwall is a peninsula with rocky cliffs overlooking the sea to the north and golden sandy beaches popular with visitors to the south, located near the westernmost tip of England.

In the past, pirates and smugglers called Cornwall home. Except for the boundary with Devon, Cornwall's beaches, surrounded by water, were ideal for such activities, leading to their romanticization in Gilbert and Sullivan's opera The Pirates of Penzance.

Cornwall has a fairy-tale feel about it as well. This is where the children's classic "Jack and the Beanstalk" is set. Tintagel Castle is claimed to be the birthplace of King Arthur of Camelot. Fairies or fairies are still famous among Connecticut residents today.

St. Ives, formerly a small fishing hamlet north of Penzance, is now a popular tourist destination and a haven for artists. St. Ives is an excellent day excursion from Penzance for those who are short on time. The town is lined with artist studios and small cobblestone walkways. 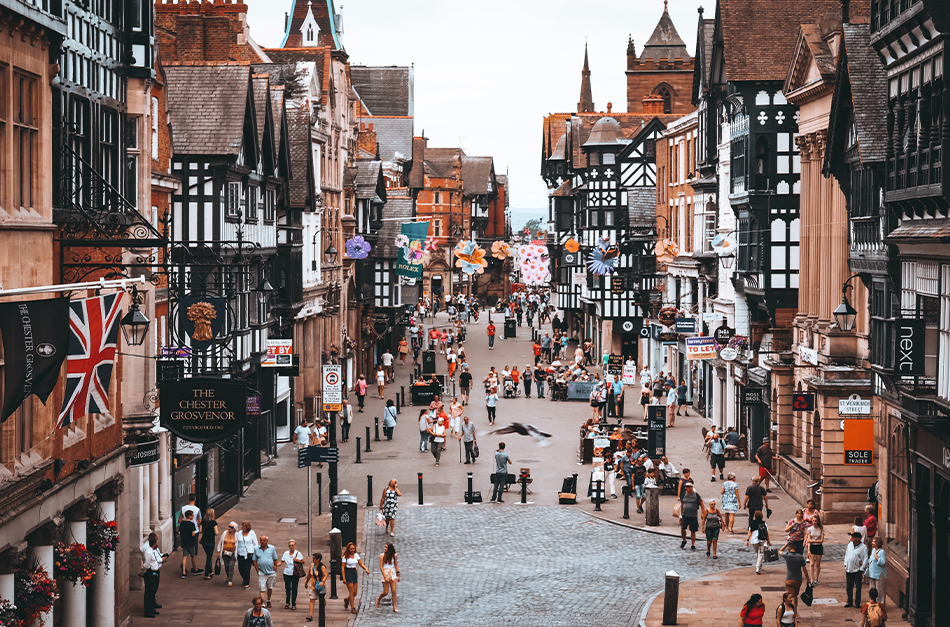 Chester is located on the River Dee in Cheshire, England, not far from the Welsh border. Because the city is almost 2,000 years old, there is a wealth of history, culture, and architecture from many periods. Throughout the town, distinctive 19th-century black-and-white revival architecture may be found.

The Chester Rows are walkways with a construction unlike anything else on the planet. These covered walkways, which originate from the thirteenth century, connect two floors of commercial premises. The walkways run in front of the first-floor stores and restaurants, leading down to the street-level businesses.

River cruises are a great way to take in the city's distinct ambiance and spectacular scenery. Walking tours of the old town are also available. The city's illustrious past gives ample material for ghost tours. 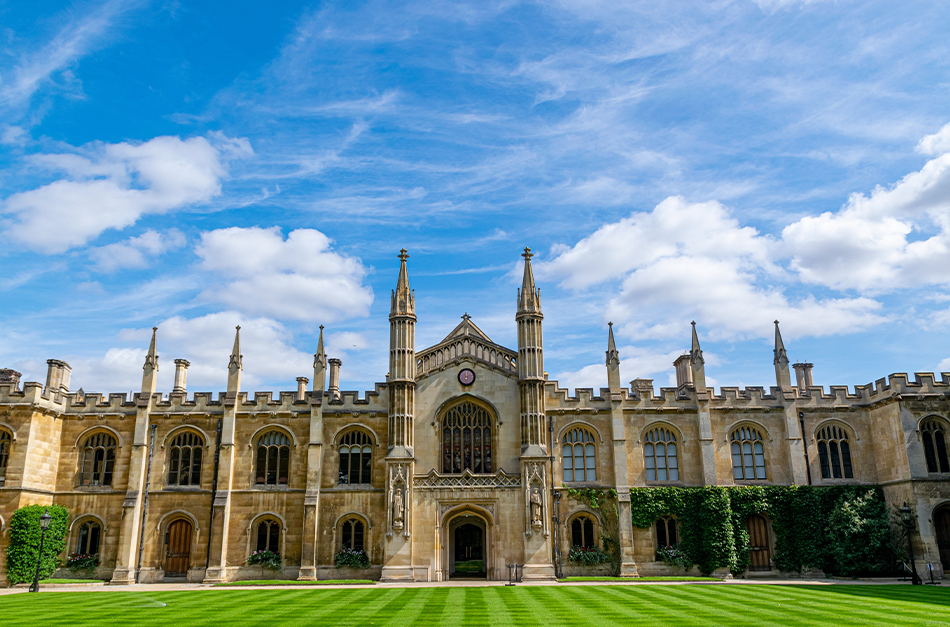 Cambridge is a lovely English city located just north of London on the River Cam. It boasts all of the cultural and entertainment offerings you'd expect from a college town, as it is home to one of the world's best colleges, the University of Cambridge.

Cambridge bills itself as a "four-season city." There is no shortage of things to do even on the coldest winter days, and when the weather warms up, the possibilities seem limitless.

The King's College Chapel, located beside the River Cam, is a superb example of Perpendicular Gothic architecture and one of the city's most popular tourist attractions. 8,000 plant and flower species, a winter garden, mature trees, and glasshouses may be found in the Cambridge University Botanic Garden. It has been attracting tourists for almost 150 years.

Cambridge's lush environs make it ideal for a variety of outdoor sports. The Cam River is an excellent site to attempt punting, which includes maneuvering a flat-bottomed boat with a stick, in addition to perennial favorites like walking and cycling. 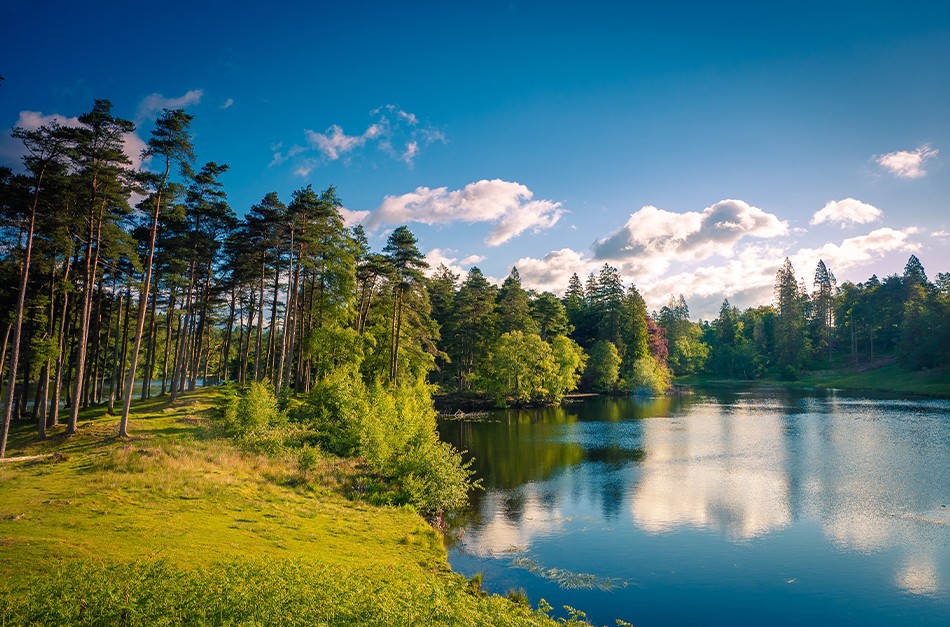 The Lake District is the UK's second-biggest National Park, located in the county of Cumbria in northwestern England. The primary attractions are the glacial-carved lakes, mountains, and hills that provide stunning and inspirational landscapes. It is the most popular hiking and climbing destination in England. The park is one of the most popular tourist destinations in the United Kingdom, with over 14 million visitors each year. 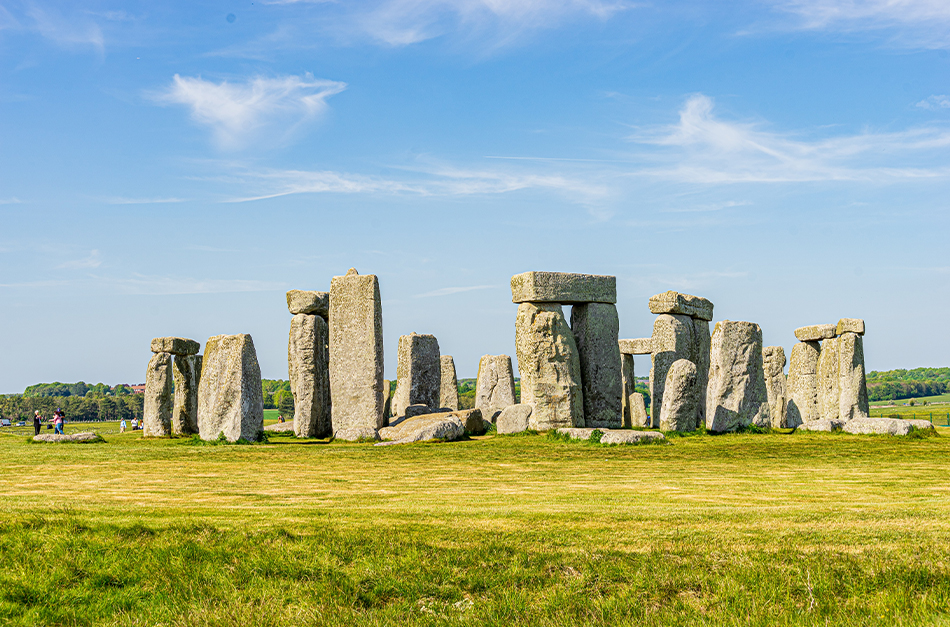 Stonehenge, one of the world's most iconic landmarks, is made up of earthworks surrounding a circular setting of enormous standing stones in southwest England. It also contains over 200 scheduled monuments, and some of the most important Neolithic and Bronze Age finds and structures in the UK.

Stonehenge was constructed in three phases. The first Henge, erected in 3100 B.C., was the first stage. A circular ditch, an earthen bank, and Aubrey holes made up the structure. Aubrey holes are approximately one-meter-wide circular excavations in the earth's chalk layer. The holes were thought to have been used for religious events or funerals, according to experts. The site was abandoned shortly after the first stage was completed, and it was not utilized for almost 1000 years.