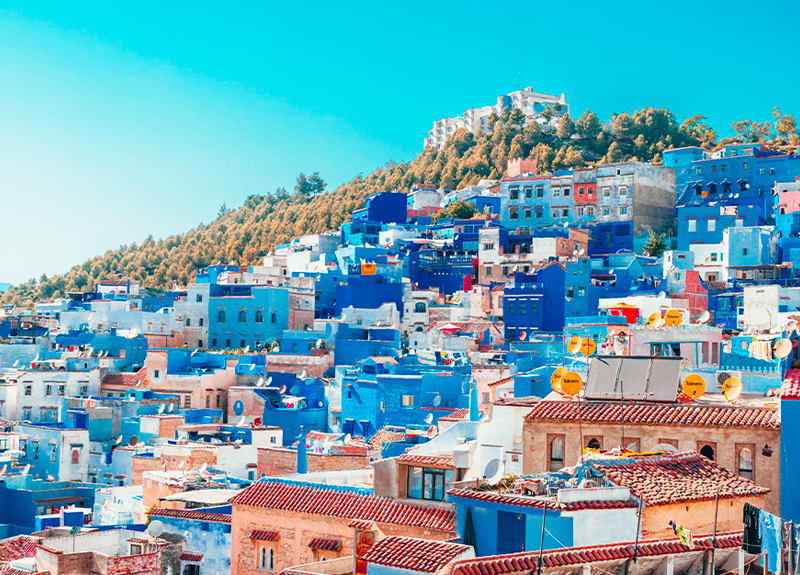 Chefchaouen may be blue, maybe the bluest city on the planet, but that does not imply it is unspoken. It's because everything in this Moroccan city is painted blue, from the houses to the lampposts and garbage cans.

The city's blueness is a tradition that stretches back to the 15th century when Jews were forced to flee Spain due to religious unrest. They moved to Chefchaouen, Morocco, and began painting the city blue, starting with their structures. They thought that blue was the hue of paradise and reminded them of God. The custom is still alive and well today. 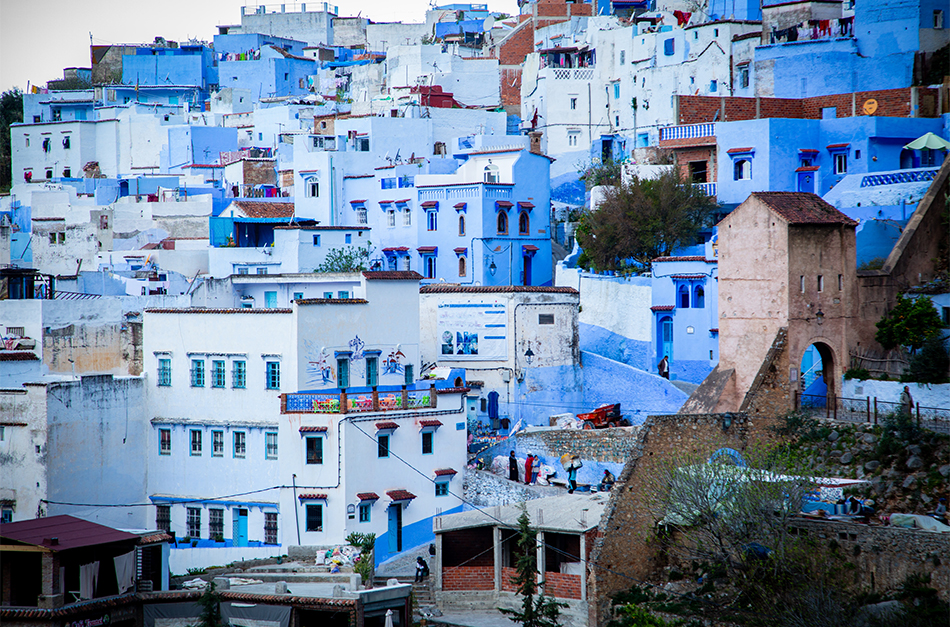 After World War II, most of the city's Jewish inhabitants emigrated to Israel, but they left behind a legacy of blue buildings. The local government provides special paintbrushes to maintain painting the town blue, so the custom is unlikely to alter. 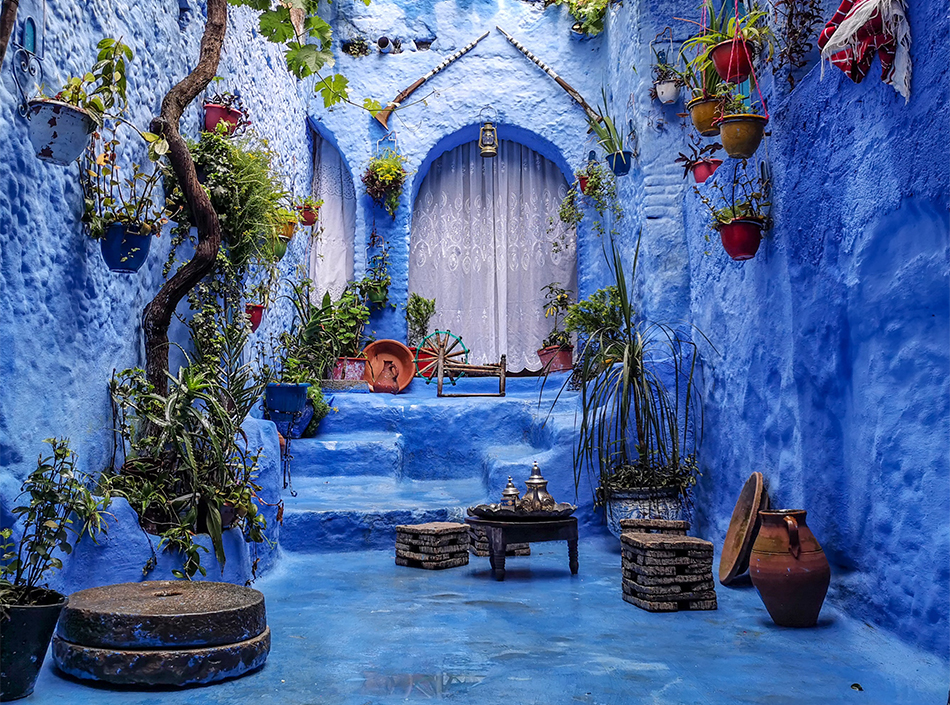 Chefchaouen is one of Morocco's most popular tourist destinations, thanks to its all-blue theme. Indeed, the city's monochromatic color pattern makes it so appealing to visitors. Chefchaouen or Chaouen was known in Morocco, is more than just blue buildings, streets, and mosques. There's the historic stronghold in the heart of town, for starters. The fortification was built to safeguard Morocco against Portuguese invasions immediately after the city of 43,000 inhabitants was created in 1471. 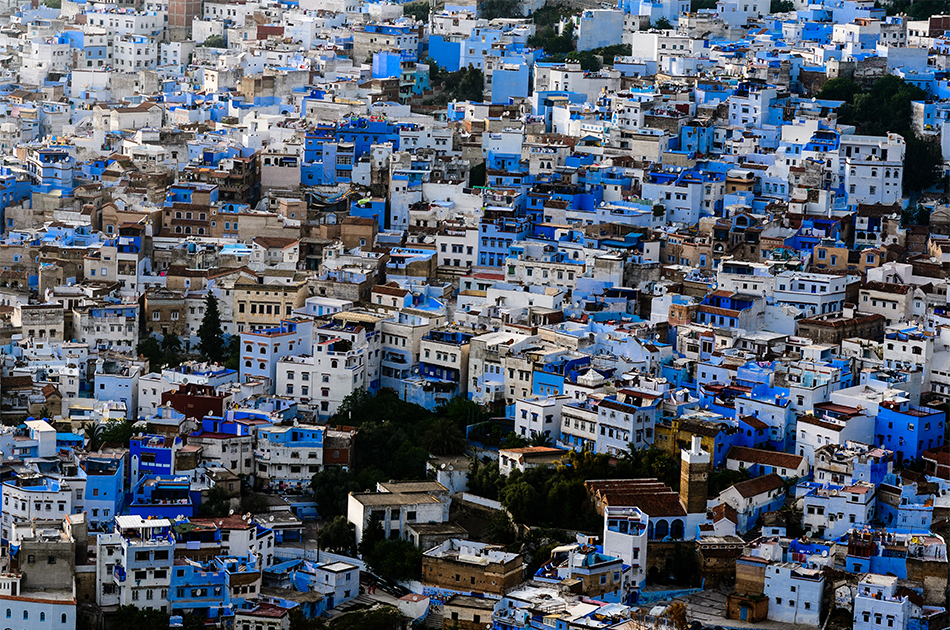 It is possible to spend a day simply roaming through the old town, although this may not be as simple as you think. Chefchaouen is located on a hill, and visitors report that trudging up and down the mountain in the blazing Moroccan heat is exhausting; yet, they'd all do it again. 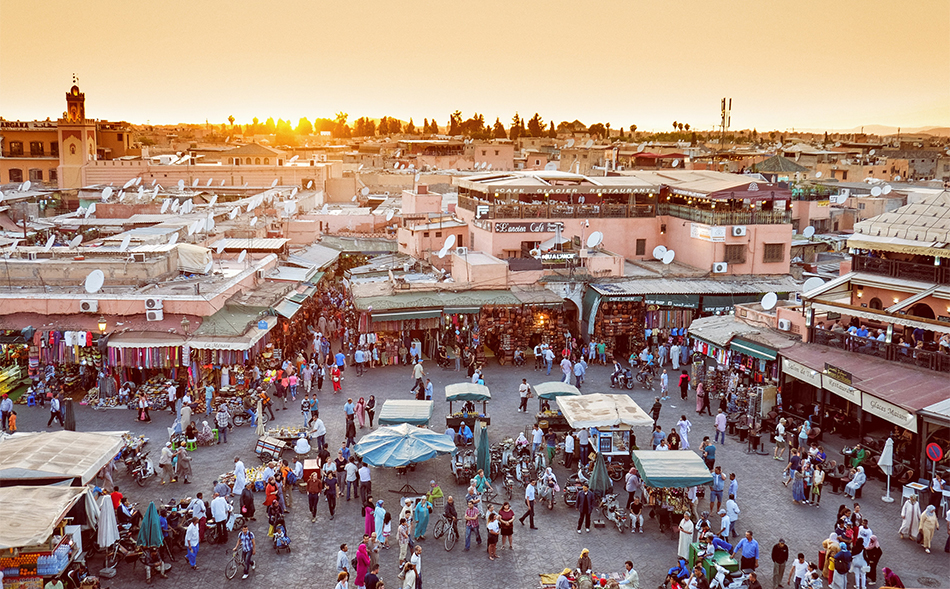 Chefchaouen, a Muslim city, contains several mosques worth seeing. The mosques are less crowded than those seen elsewhere in Morocco, and their blue hues add to the tranquility. Place Uta Hammam, the medina's main square is dominated by the Grand Mosque, while another is devoted to the patron saint of the Jebalah area in northern Morocco. 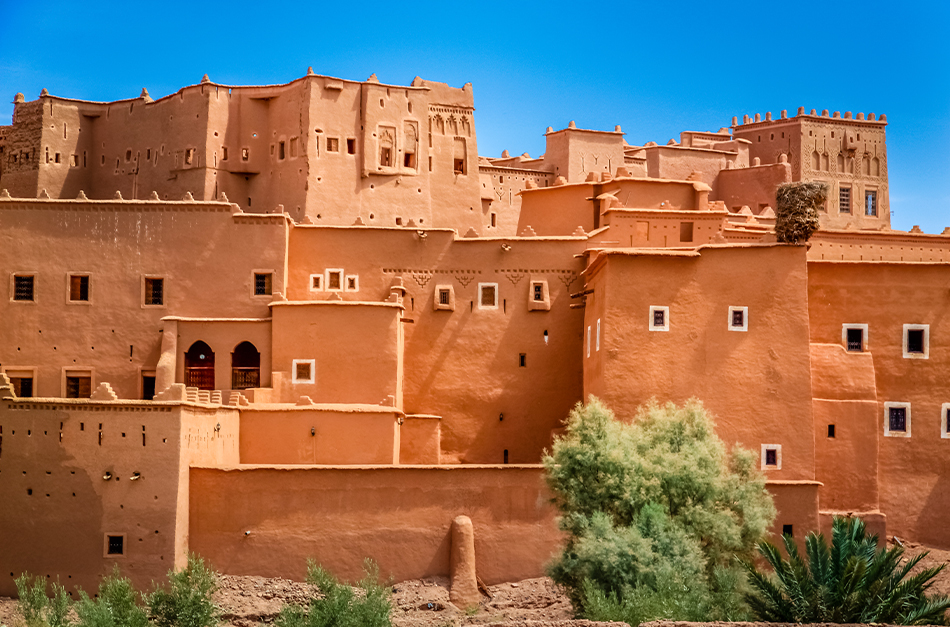 After seeing the mosques, follow in the footsteps of the late French actor Charles Boyer and visit the Kasbah, which is also located in the town square. The Kasbah was previously a jail, but it has been fully rebuilt, replete with an Andalusian-style garden. It presently contains a museum dedicated to Chefchaouen's history and culture. You may either ascend to the summit for panoramic views of the city or descend to the dungeon that was utilized when the Kasbah was a jail.

Chefchaouen's medina is a shopper's dream, with unique handicrafts unavailable anywhere in Morocco. Be on the lookout for jewelry, silver plates, Moroccan slippers, and finely decorated ceramics, in addition to wool apparel and handmade camel-hair blankets. It's part of the game to haggle over the price.

If all of the sightseeing and shopping has made you hungry, a supper in the medina is necessary. Chefchaouen is known for its fish tagine, or stew, prepared with vegetables and spices and served over couscous. Serve it with some wood-fired bread and a cup of traditional mint tea to round out the meal.

When you need a bit more green in your life, head to the Rif Mountains, which encircle Chefchaouen. The city and district of Chefchaouen take their names from the neighboring mountains, which are formed like two horns. The Berber term Ichaouen means "horns." Hiking through the mountains and gorgeous valleys contrasts sharply with the desert just a short distance away. Whether you're on a one-day or multi-day hike, you'll be rewarded with breathtaking vistas that will soothe your spirit.