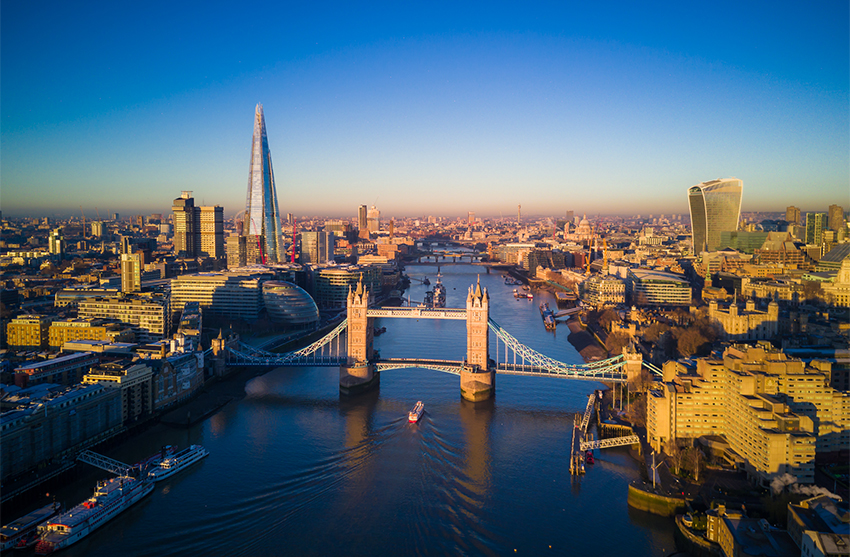 When we speak of England, the mists and bells often associated with London, the prestigious Oxford, Cambridge, or polite but cold English gentlemen, are typical of England. In fact, the British territory includes three parts of Britain and Northern Ireland, officially called the United Kingdom of Great Britain and Northern Ireland, which is the English reason of U.K. (the United Kingdom) or G.B. (Great Britain).

In Europe, it is also G.B, and the consulate mark is also G.B. The license plate mark is also G.B represents cars from the UK. The word Britain comes from the ancient Celtic language, meaning "colorful". Indeed, the desolate wasteland of Scotland, the clear blue waters of Cornwall, the quiet countryside of Wales, and the noisy nightlife of Manchester all coexist in the island country, creating a colorful picture. 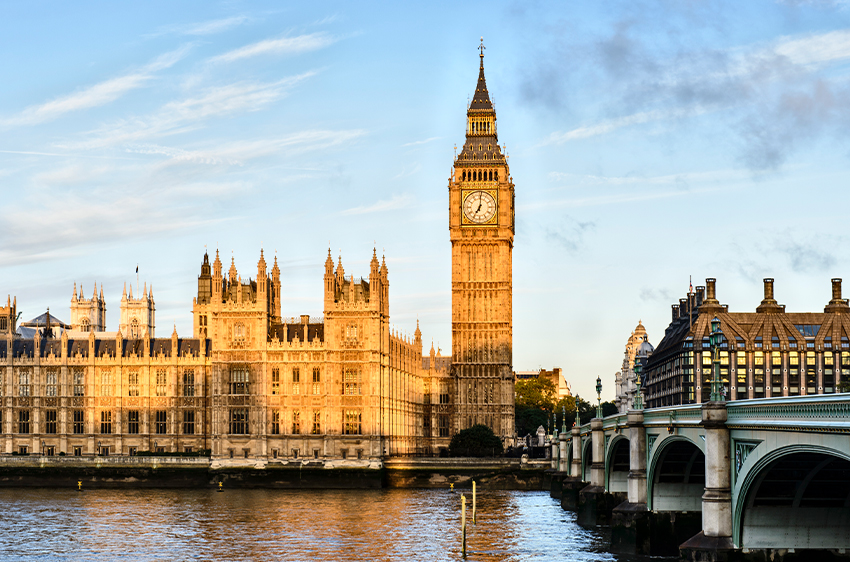 Across the Thames, the mighty Parliament meets the shining London eye, the dome of St Paul's Cathedral, and the British Museum collection of human civilization... to visit the Tower of London or Westminster Abbey for hundreds of years.

More than 300 museums and galleries, more than 400 music live in the maze, 6,000 restaurants, and bars, shoppers wander in more than 30,000 shops and countless markets. The fog city has long gone with various environmental measures, even if rainy, the street fashionable men and women will make London look dazzling, and BA London Eye, London Town Hall, and other unique buildings, more show a new face of modern London. 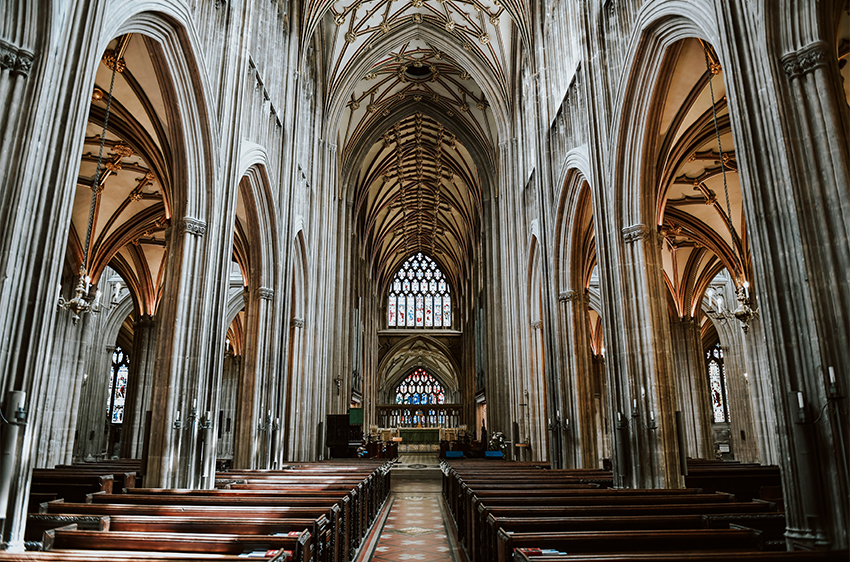 Bristol was founded in 1155 and has amassed a sizable collection of architectural landmarks, attractions, and museums over the centuries. Begin your tour in the Old City, where some of the medieval city walls can still be seen.

St Nicholas Market is particularly noteworthy, where you can shop for fresh local produce as well as delectable international fare in a glass-encased historic market. If you enjoy culture, don't miss a performance at the historic Old Vic, which is arguably one of England's most well-known theaters. 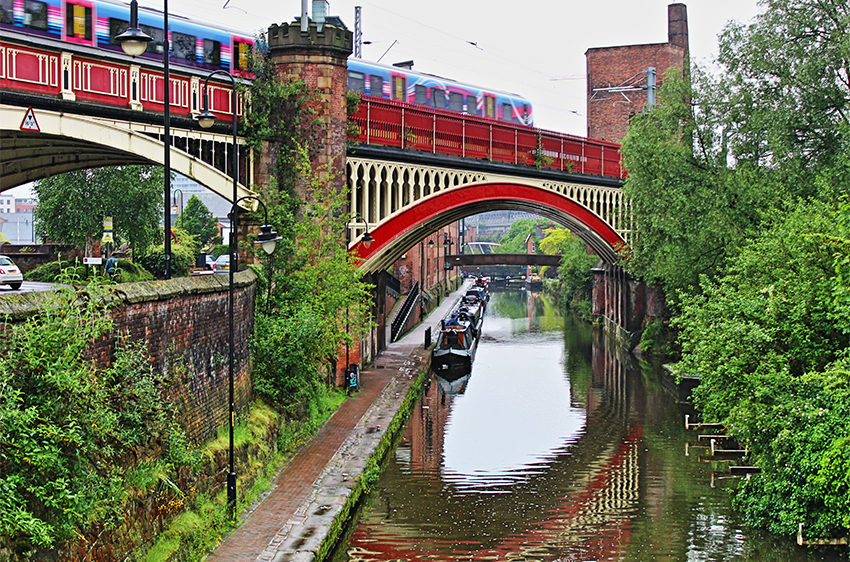 Manchester is one of England's largest cities and is sometimes referred to as the "Capital of the North." Manchester, while not as large or as busy as London, gives the capital city a run for its money. Architecture enthusiasts should visit Manchester Cathedral, which is located in the Millennium Quarter and has a visitor's center as well as guided tours. Head to Manchester's Chinatown for some international fare, such as Cantonese and Mandarin cuisine.

Located in West Yorkshire, England, Leeds is an international metropolis, the largest industrial city in West Yorkshire, and the capital of the Yorkshire-Humberside region. The garment industry ranks second in the country after London. Leeds is one of the best green cities in Europe. Parks, golf courses, and green belts account for about two-thirds of the city's total area. It is a good place for holiday travel. The famous Leeds Castle has a history of thousands of years and is well-known in the history of British history and architecture, so it is also known as the "queen of the castle". Visitors here can fully experience the luxury and style of the Royal Villa. 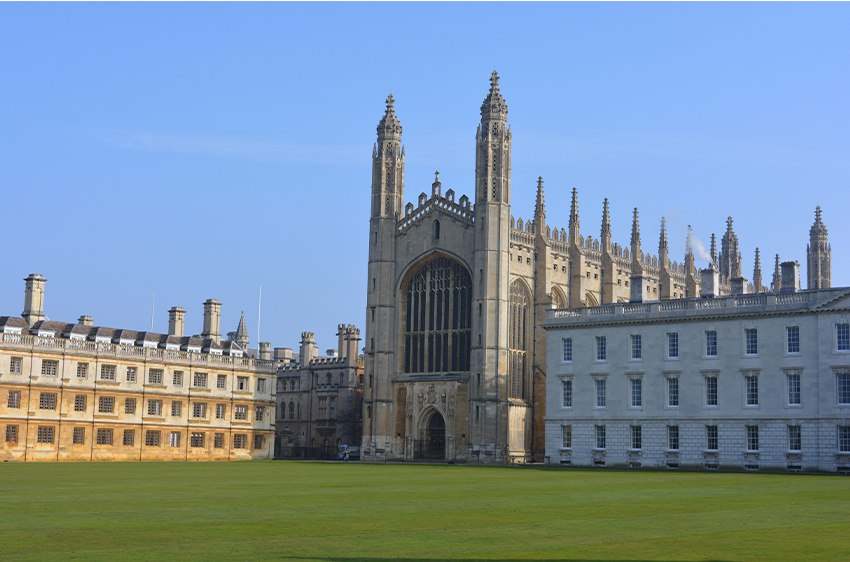 The University of Cambridge, a campus with hundreds of years of history, is without a doubt the main attraction in the city of Cambridge. The university is comprised of several colleges, the most well-known of which are King's College, Queen's College, and Trinity College.

The best way to see Cambridge is to simply stroll through the campus architecture, peering into halls and admiring the Backs, a park on the river's banks. 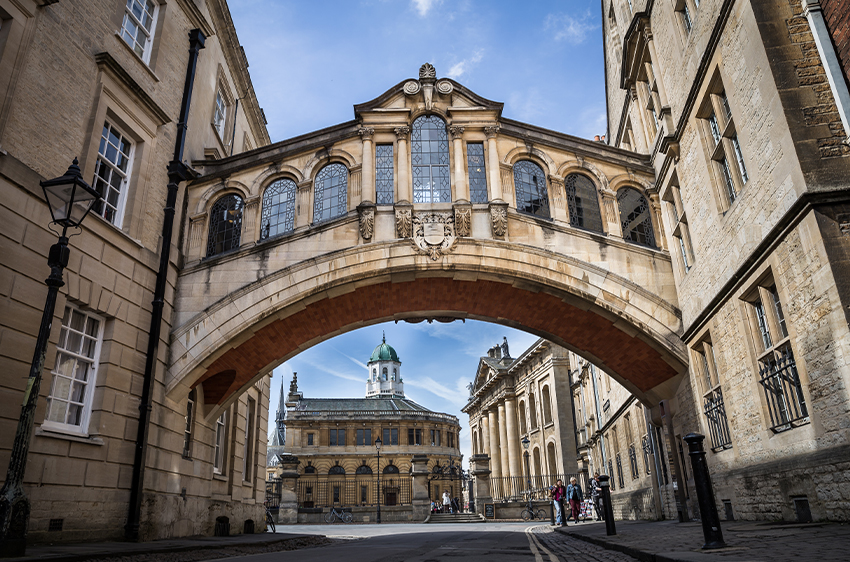 Oxford, like Cambridge, is well-known for its university. Although Oxford University was founded in the 12th century, its history goes back even further, making it the world's oldest English-speaking campus.

If you only have time to see one building in Oxford, make it the magnificent Bodleian Library. The library, which was founded in 1601, houses over 11 million volumes. Film buffs will enjoy the fact that it has served as the setting for numerous films, including several from the Harry Potter series. 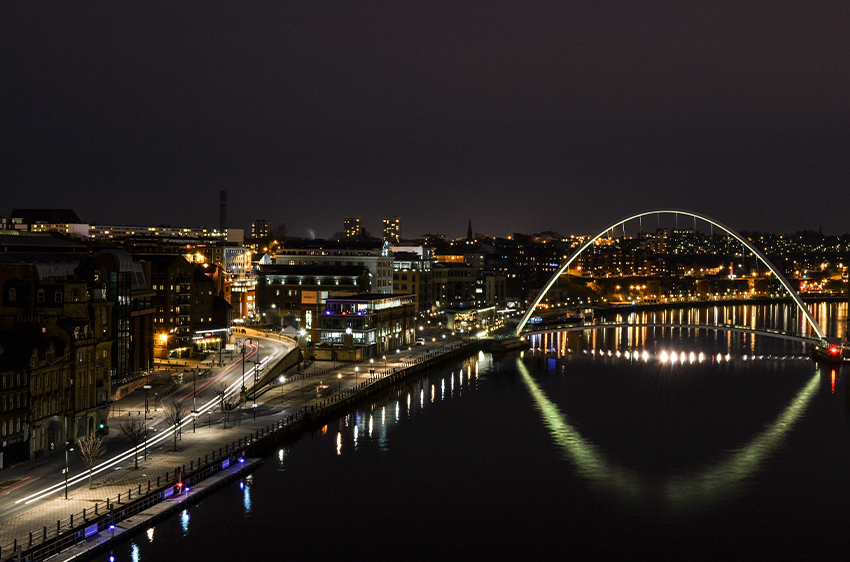 Newcastle, a port city on the banks of the Tyne River, is best known for the strong accents of its residents, known as Geordies. Newcastle, founded as a Roman fort more than 2,000 years ago, is another in England's long line of historic cities.

The impressive Gateshead Millennium Bridge, a city landmark, spans the river. If the weather isn't cooperating for a stroll along the river's banks, head inside to the Victorian Central Arcade to peruse the quaint shops and the local tourism center. 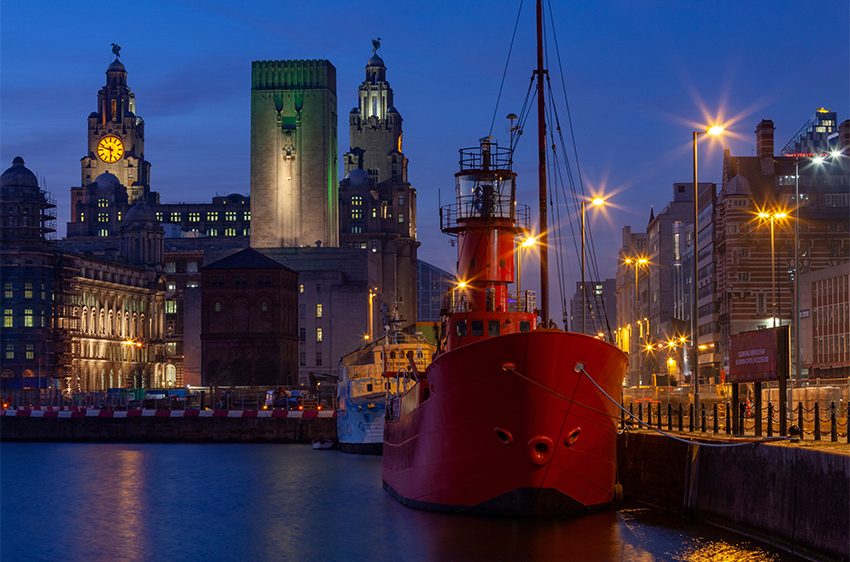 Many visitors associate Liverpool with the Beatles, but the thriving, vibrant city has much more to offer than its musical heritage. Everton FC and Liverpool FC are two of the city's major soccer teams.

Even if you are unable to attend a home game for either team, you can tour both stadiums and immerse yourself in Liverpool's "football" culture. You can also socialize with the locals at one of the many pubs and bars on Wood Street, which is very popular at night. 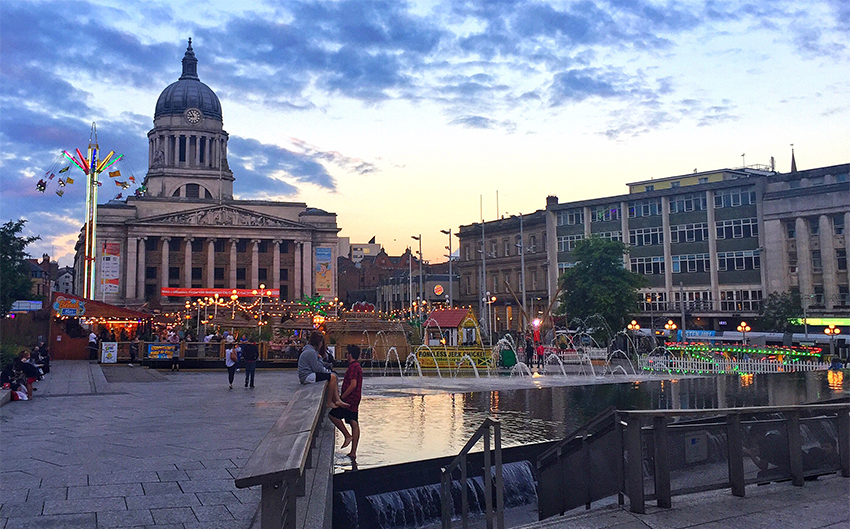 Nottingham dubbed the "Queen of the Midlands," is an underappreciated and scenic city in the heart of England. Whether you're a history buff or an architect, the 11th century Nottingham Castle is well worth a visit. The well-known Robin Hood statue can be found just outside the castle walls. Whet your appetite at Ye Olde Trip to Jerusalem Inn, a more than 800-year-old pub that claims to be one of the oldest in all of Britain. 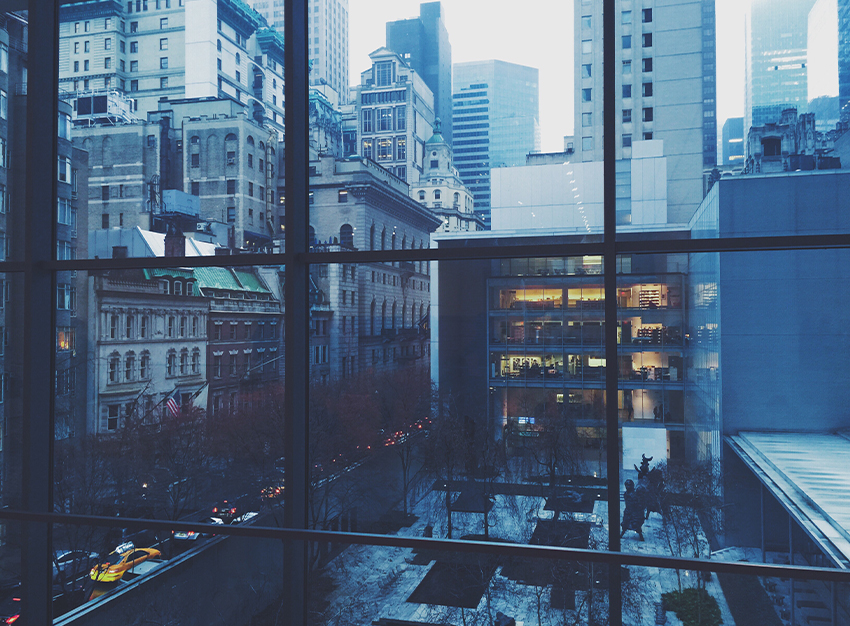 York is a truly ancient destination with an impressive collection of architectural remains dating back to Roman, medieval, and even Viking times. A tour of the many ruins is a great way to learn about York's history, and one of the most popular tourist attractions is the York Minster, a cathedral that dates back to the eighth century.

Check out the incredible collection at the JORVIK Viking Centre, where you can see recreations of Viking life in the area if you want to bring some of the cultures of the past to life.