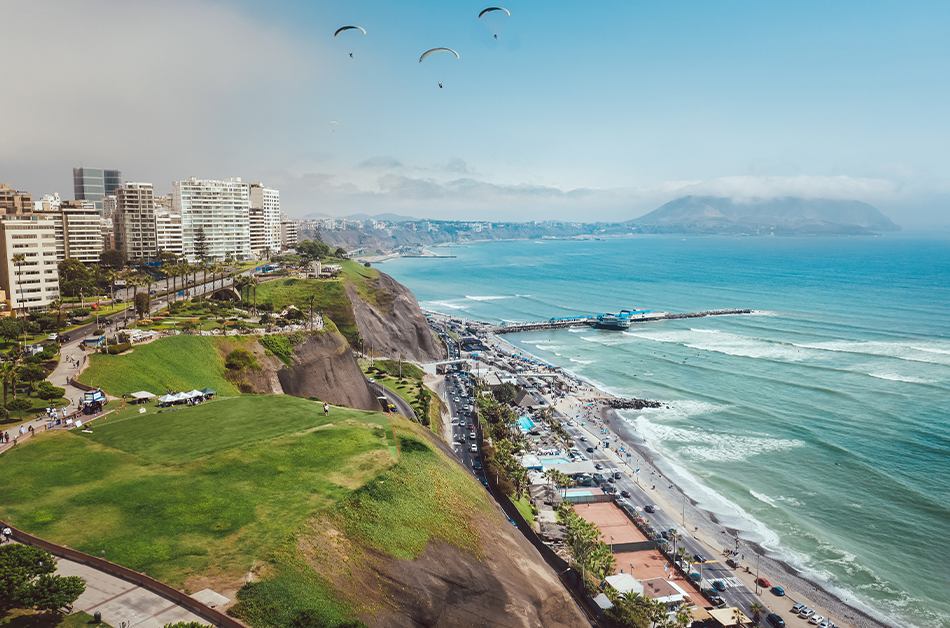 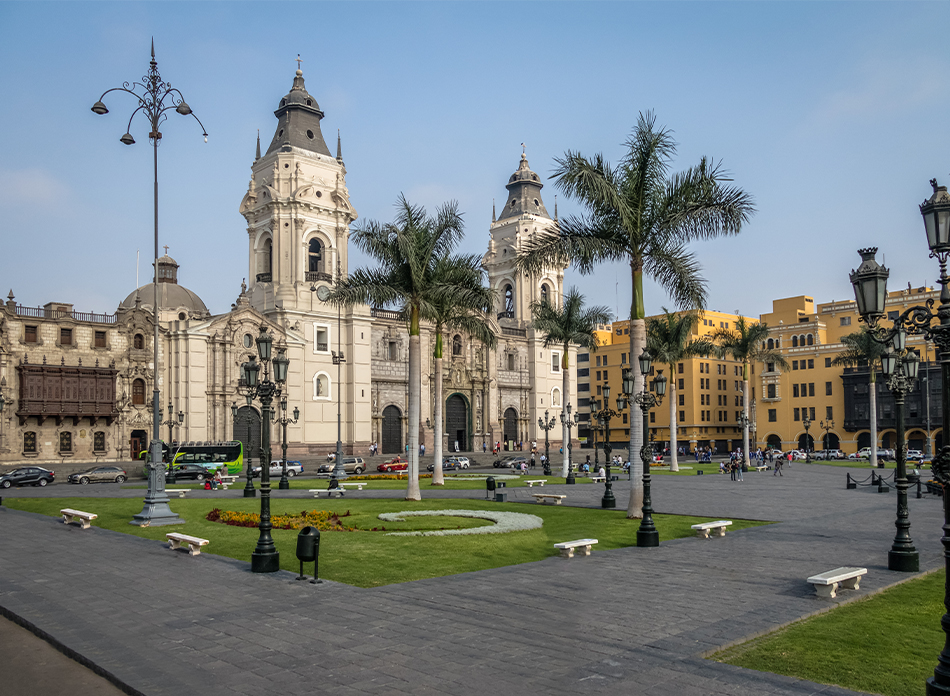 Spend some time in Lima's historic quarter, Peru's capital city. The old center, which is a UNESCO World Heritage Site, is a lovely and exciting place to explore as you discover its many secrets. Admire architectural marvels, inviting plazas, and incredible interior design. The city, which was founded in the 1500s, has seen natural calamities that have harmed the buildings, but fortunately, many of them have been restored or rebuilt. Explore the cathedral's interior, which features a vaulted ceiling, baroque furnishings, and checkerboard flooring. The Casa del Oidor, Archbishop's Palace, and Government Palace are also worth seeing. 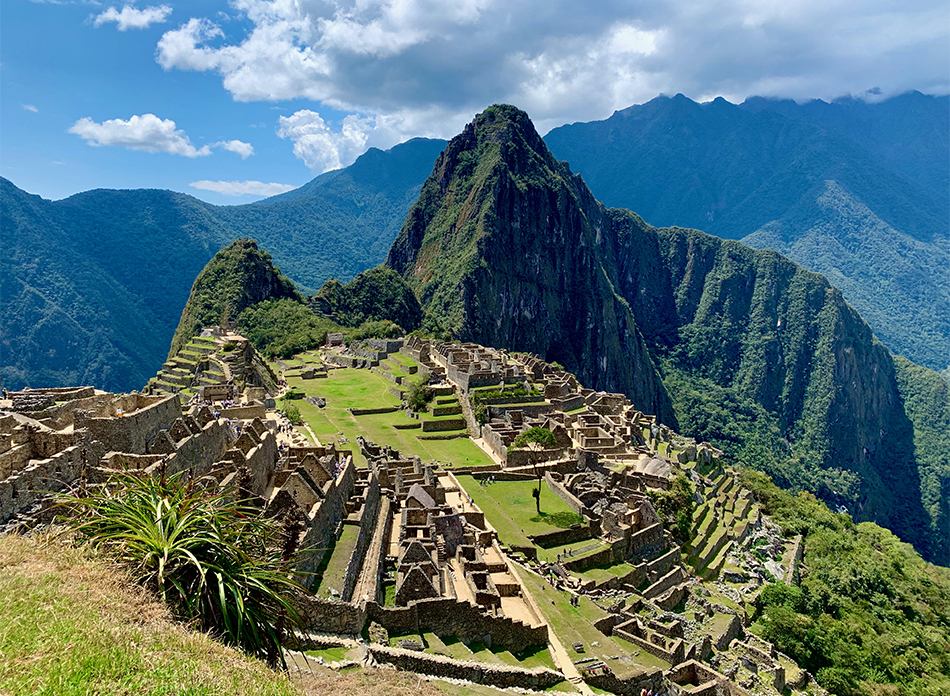 Machu Picchu is perhaps the most well-known of Peru's tourist attractions. Machu Picchu is the Incas' ancient ceremonial center and is one of the new seven wonders of the world. The intricate group of ruins, which are located high above the Urubamba River, present a striking set against the lush mountainsides. Starting with rail travel from Cusco, Urubamba, or Ollantaytambo to the little community of Aguas Calientes, getting here will take time and planning. You will then take a bus up to the ruins. A one to four-day journey on the Inca Trail, which leads you into Machu Picchu for a once-in-a-lifetime adventure, is also an option. 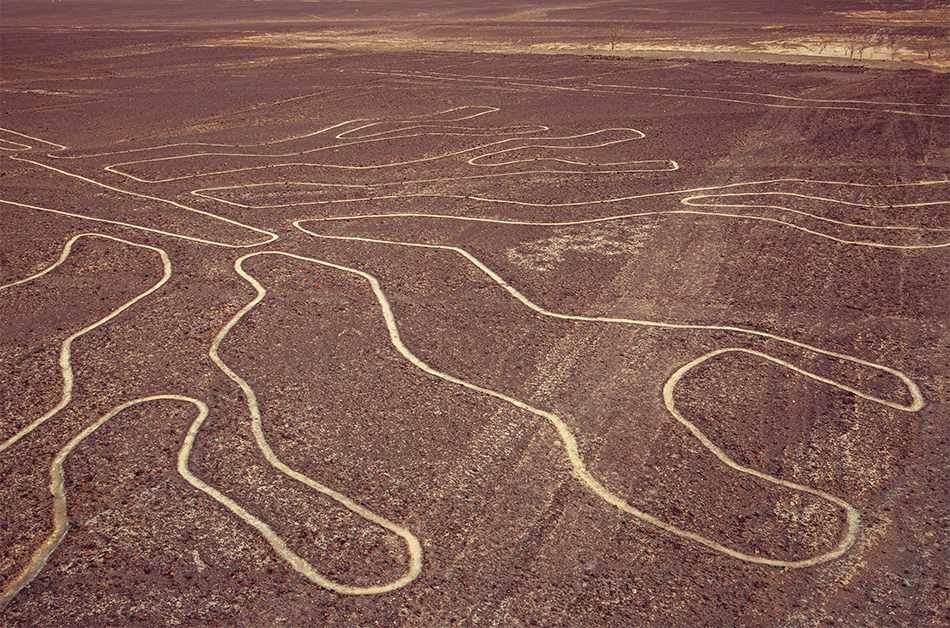 The Nazca desert is located south of Lima, Peru's capital city. The enigmatic Nazca Lines are well-known in this region. These lines and drawings, which include the Monkey, the Spider, the Condor, the Dog, the Hummingbird, the Small Lizard, and the Astronaut, can only be seen from the air throughout the desert. The desert has over 70 animal and plant designs, as well as mathematical forms and other lines. The origin and purpose of their creation are still debated. They are thought to have been created between 900 BC and AD 600. Book your tour flight ahead of time, or take a chance on one of the first-come, first-served options. 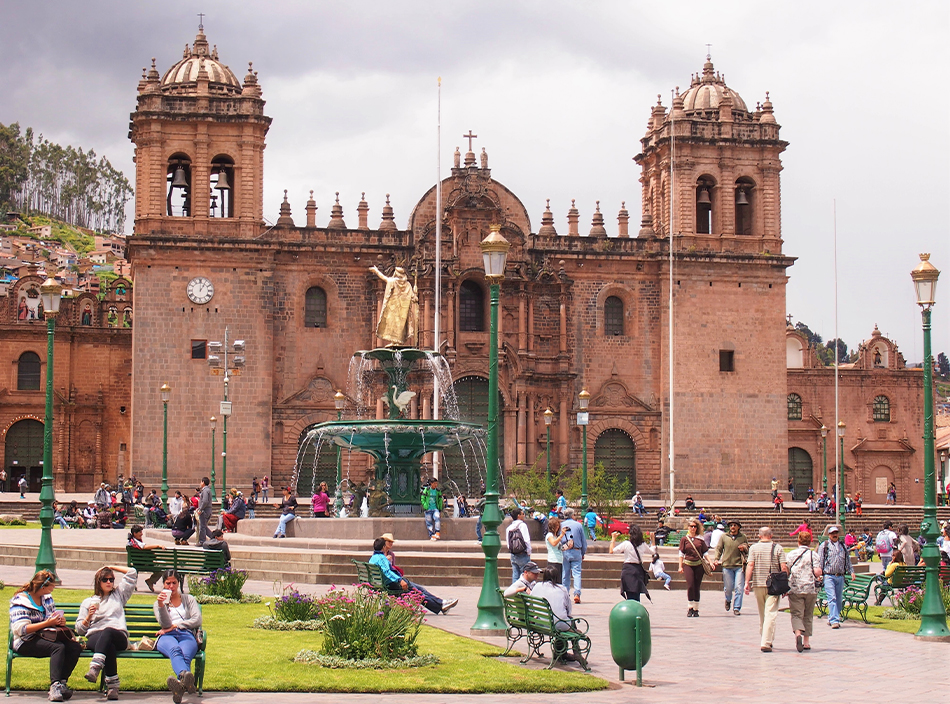 Cusco's streets are like walking through a museum, with history piled on top of history in this UNESCO World Heritage Site. Many of the wonderful old colonial houses along the narrow streets were built atop Inca ruins, illustrating the city's lengthy past.

The Cathedral and La Compania, two equally outstanding landmarks, are located in the city center's principal square, Plaza de Armas. During the day, the square is an excellent site to start a walking tour, have a bite to eat, or people watch. While there are other monuments and museums to see in Cusco, the church of Santo Domingo, which sits atop the ruins of the Inca city of Coricancha, is a must-see.

The sparkling blue water of Lake Titicaca is surrounded by rolling hills and traditional small villages. The lake area is a mix of beautiful scenery and culture that sets it apart from other regions of the country. Sitting at 3,820 meters above sea level, Lake Titicaca is known for being the highest navigable lake in the world. A boat trip to the islands and surrounding villages is the best way to appreciate the lake. One of the main tourist attractions is the Uros Floating Islands (Islas Flotantes), which sustain small communities of Uros Indians. These are man-made islands constructed of reeds that have sustained a traditional way of life since the time of the Incas. 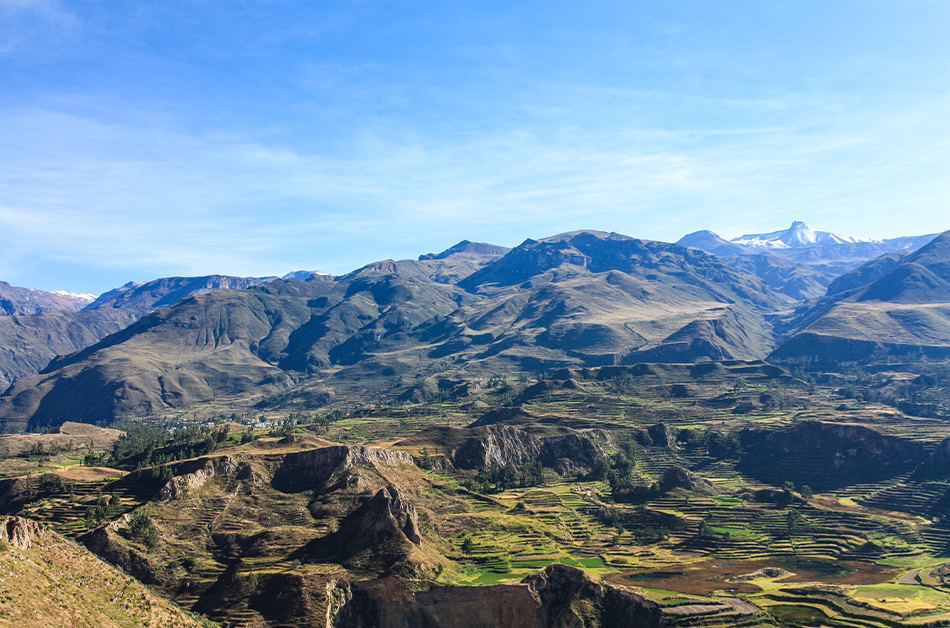 The Collagua, Cabana, and eventually the Inca peoples lived in the Colca Canyon area for thousands of years. The stone terracing that runs along the canyon walls dates back to AD 800 and is still in use today.

Arequipa is about a four-hour drive from the canyon. Day tours to the canyon are possible from Arequipa, but due to the length of time required to reach the canyon, two or more days are suggested. There are hot springs, chapels, villages, and Inca ruins to see in addition to the canyon. Condors, which soar beyond the rock faces, are another popular attraction in Colca Canyon. 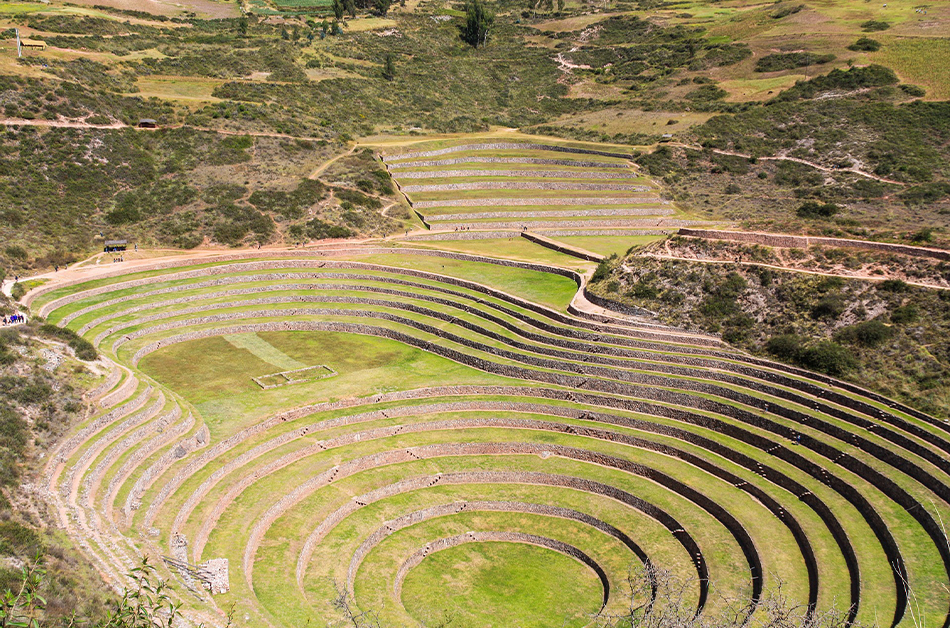 The Sacred Valley and the villages of Pisac, Urubamba, and Ollantaytambo are less than an hour's drive north of Cusco. This verdant valley not only has several Inca ruins worth exploring, but it's also a calm place to wander around marketplaces and take up the local culture.

The Pisac Ruins, the Pisac Sunday Market (minor market days are Tuesdays and Thursdays), and the ruins and fortress at Ollantaytambo are all must-sees in the region. The salt mines at Salinas, which have been in use since the Incas' time, and the settlement of Moray, with circular terracing used as an agricultural trial field by the Incas, are a little out of the way but well worth the trip.

Arequipa is often recognized as Peru's most beautiful city, with a height of almost 2,300 meters. The city core is a declared UNESCO World Heritage Site, set against a backdrop of snow-capped mountains. Arequipa's greatest claim to fame is its historic architecture, which is made of sillar stone, a volcanic rock with vivid color when exposed to the sun. This stone is used to construct the majority of the colonial buildings in the old city center, earning it the nickname "white city."

Arequipa is also a popular stopover for those planning to explore the Colca Canyon (Caon del Colca), which is about a four-hour journey away.

9. Puerto Maldonado and the Amazon

Puerto Maldonado, a half-hour flight from Cusco, is a popular starting point for Amazon tours. With steamy humid rainforest and the ability to witness all types of exotic species, this is an entirely different experience from what you'll find in other parts of Peru. In this section of the country, you can expect to see caimans, capybaras, monkeys, parrots, turtles, and piranhas.

10. Ica and the Sand Dunes at Huacachina 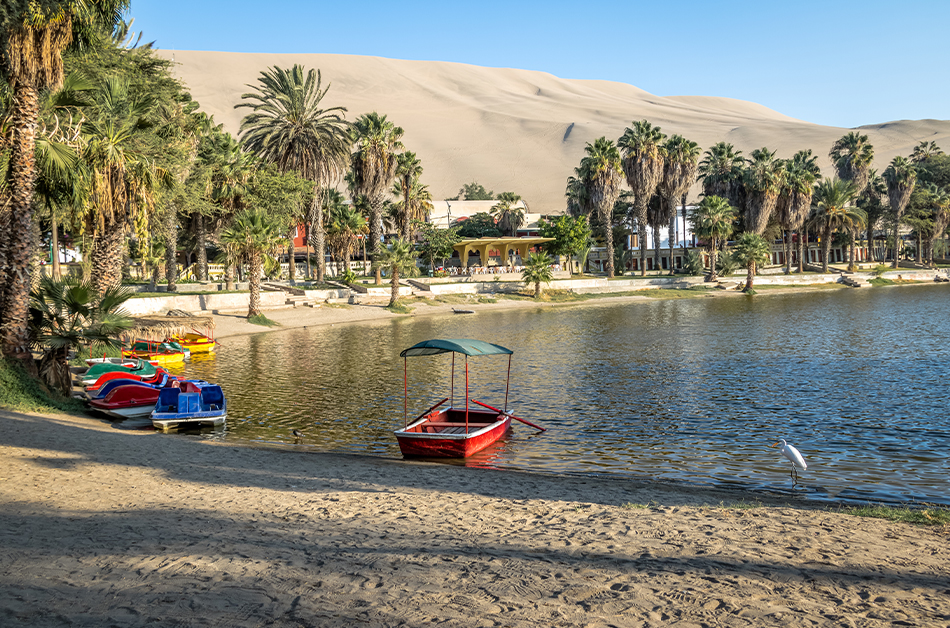 The oasis resort of Huacachina on the outskirts of Ica is just the thing for the sports enthusiast searching for something a little different. Just west of Ica, this picture-perfect, palm-fringed resort town is built around a lagoon encircled by massive sand dunes, some of which reach 1,000 meters in height.

Sandboarding is a popular sport among visitors who come to try it out. Sandboarding is similar to snowboarding in that it entails surfing down sand dunes on specially designed sand boards that may be leased in the area. Dune buggies are another fantastic option to get out and enjoy the scenery for those who are less coordinated.