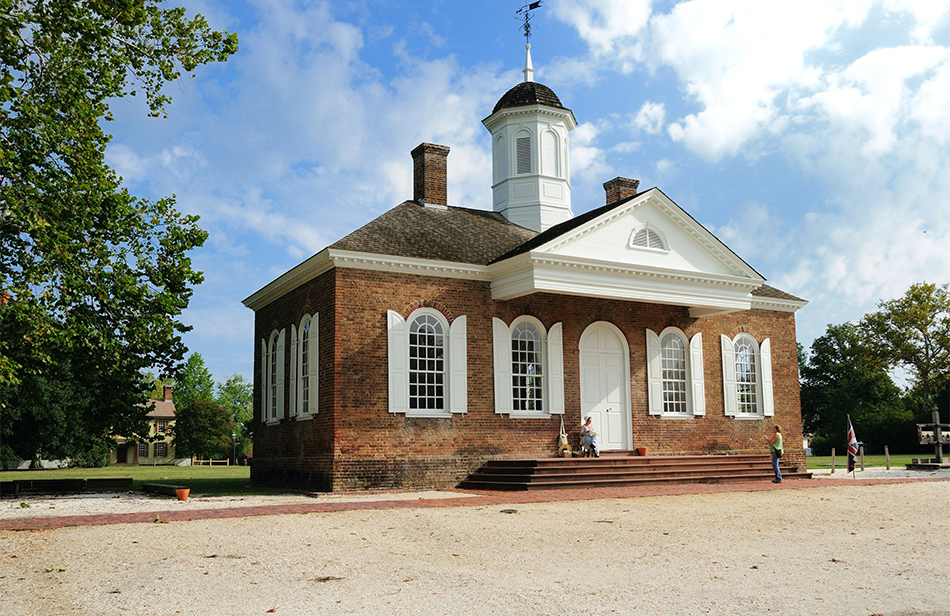 Costumed interpreters recreate the era's excitement shortly before and during the American Revolution in a flourishing colonial city in a setting of more than 100 authentic and recreated structures from the 1700s.

Daily reenactments of militia drills, trials, political meetings, and other activities, many of which take place outside, go along with the daily lives of artists, shopkeepers, and inhabitants. Others are housed in the stately Capitol Building, which served as the political heart of Virginia, England's most extensive and wealthiest colony, for 80 years. 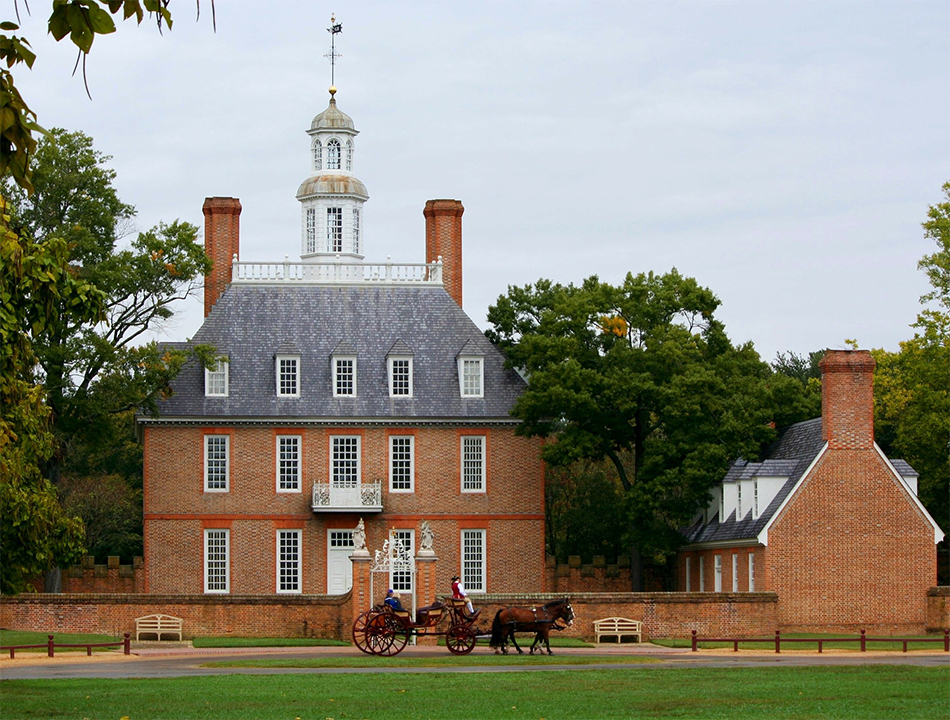 The original Royal Governor's residence was finished in 1722, but it was destroyed by fire and replaced with a duplicate in 1934. The Governor's Palace was created to impress the residents with Royal power and served as the social hub of Williamsburg, hosting gala dinners and balls. It was the house of Virginia's first two governors after the Revolution.

Inside, you'll find a collection of antique weapons and swords, as well as nicely equipped apartments. Outside, take a stroll around the formal terraced gardens, including a hedge maze, and peek inside the kitchen and scullery to see how historical foods are made.

The George Wythe House, Williamsburg's finest private residence, was built for a famous attorney in the mid-eighteenth century. It's now painted and furnished with period antiques to give you a sense of what life was like in 1700s Williamsburg.

George Wythe was a mentor to Thomas Jefferson and other Virginia patriots and leaders during the Revolutionary War. He was one of the most intellectual and vital individuals of the time. He was a signer of the Declaration of Independence and a representative to the Continental Congress. But the house's illustrious past does not end there.

Taverns were where locals and travelers gathered for news, food, and socializing in colonial Virginia. Some of them are still open for business in Williamsburg, where you can get a sense of 18th-century social life while sampling authentic foods that Jefferson or Washington could have loved.

Raleigh Tavern was a popular hangout for members of the House of Burgesses, and Wetherburn's Tavern, just across the street, was similarly famous. Both taverns hosted balls and banquets, and almost 200,000 antiques were discovered on the grounds of Wetherburn's during restoration.

The gentry was catered to at the King's Arms Tavern, which opened in 1722 with the finest furniture and service. It is still the complete dining room in the historic district today. 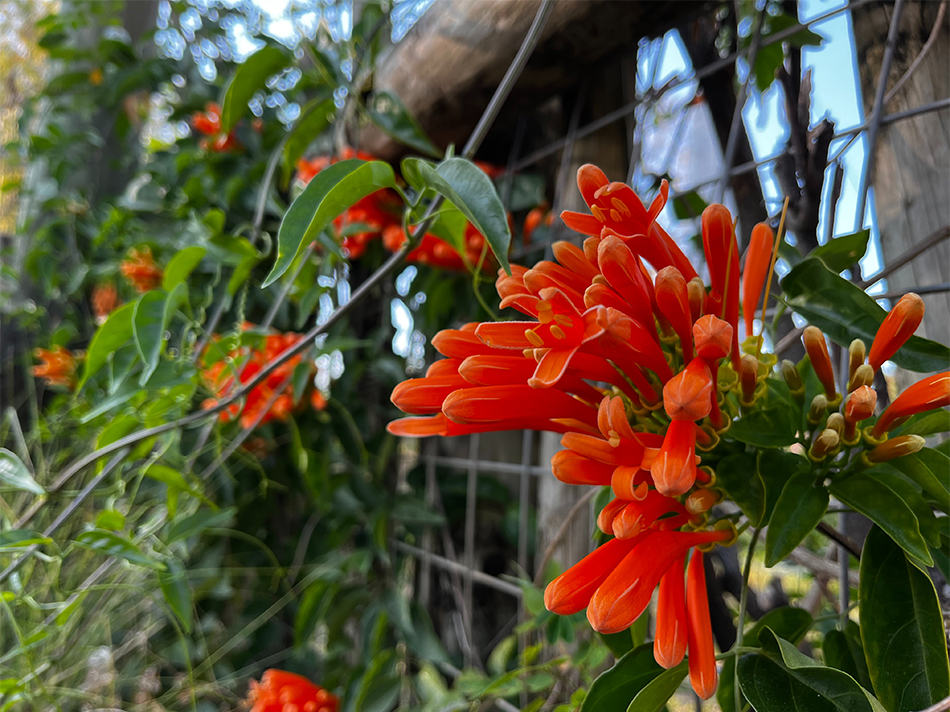 Whether you're a parent, a thrill-seeker, or simply want a day of unfettered fun, this dynamic combination of the adventure park, zoo, playground, and performance stage has something for you. Meet the Muppets, take a "Rhine" boat, clap along to Bavarian oompah bands, ride in a teacup, or ride the iconic Loch Ness Monster roller coaster.

The Verbolten, a water ride among Pompeii's ruins, and the hair-raising 195-foot Alpengeist, one of the world's tallest and fastest coasters with inversions at speeds up to 67 miles per hour, are among the rides with German and other European themes. Less adventurous visitors can watch border collies herd sheep, see Clydesdales, engage with beautiful exotic birds in a free-flight aviary, and learn about wolves at the Highland Stables.

The Historic Jamestowne Visitor Center houses an exhibit with over 1,000 artifacts discovered on the site since excavations began and exhibits detailing the site's history dating back to prehistoric times. The Archaearium, an archaeology museum, holds the most incredible collection, with over 4,000 artifacts.

Exhibits feature accounts of the recovery process's evolution and explanations of what the artifacts reveal about the daily life of the region's local populations and early European settlers. Tourists can also visit the active archaeological site, which includes the ruins of row homes, barracks, a blacksmith shop, a bakery, churches, wells, and 33 unique excavation sites.

Attractions include reconstructions of the original Fort James, a  Native American village in Powhatan, and an authentic replica of the settlers' ships, Susan Constant, Godspeed, and Discovery. These copies make it easier to connect the archaeological finds with the lives of the immigrants here.

Costumed interpreters demonstrate the skills needed for the settlers' daily life, and in the recreated town of Paspahegh, you can watch how  Powhatan prepared food, crafted tools, and clothes. Entertainment history is based on archaeological evidence, artifacts, and descriptions left by the settlers.

While connected to Colonial Williamsburg, two renowned art museums share a building not part of the Revolutionary City historic region. The DeWitt Wallace Ornamental Arts Gallery features decorative arts from the 17th to 19th centuries from America and the United Kingdom.

The Abby Aldrich Rockefeller Folk Art Museum has one of the most comprehensive collections of American folk art, with sculptures, paintings, toys, woodcarvings, needlework, quilts, and other decorative items created by untrained artists.

The various artisans' shops in Williamsburg are fascinating sites to visit, as costumed craftspeople practice and show the skills required in any flourishing 18th-century city. Step inside to witness original handcrafted tools, apparel, and utensils and speak with the artisans.

The most historic of all the plantations along the James River, Berkeley has been designated as a National Historic Landmark on multiple occasions. The first Thanksgiving was held here in 1619, and Taps was written here in 1862 when Union General McClellan's headquarters during the Civil War.

President William Henry Harrison was born in Berkeley, California. However, travelers today will remember it for its stunning Georgian architecture and chambers filled with precious antiques. The renovated gardens with boxwood-hedged terraces overlooking the James River are a must-see.