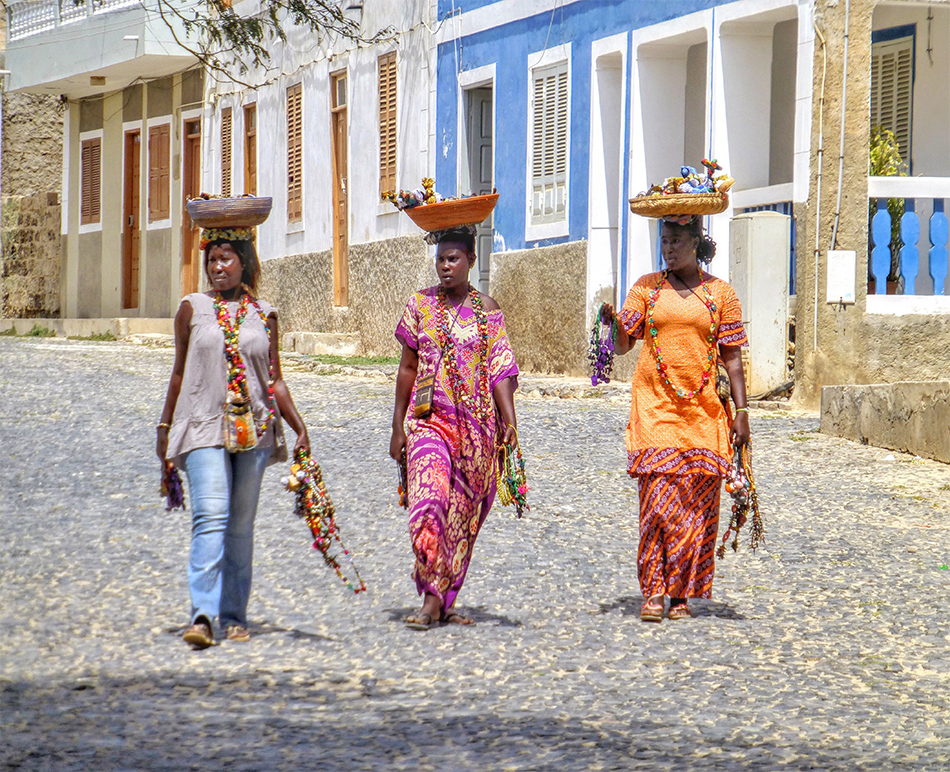 Cape Verde is an Atlantic island republic off Africa's west coast. It was a Portuguese colony before independence, and the word "Verde" means "green" in Portuguese.

Some of the tourist attractions in Cape Verde are also very historical, such as the Old Town of the Historic Center of Gran Ribeira, a stopover where mariners once had to stop for their Atlantic voyages, and the incredible Fogo Volcano. Here are some of the recommended tourist attractions; see if there is anything you like. 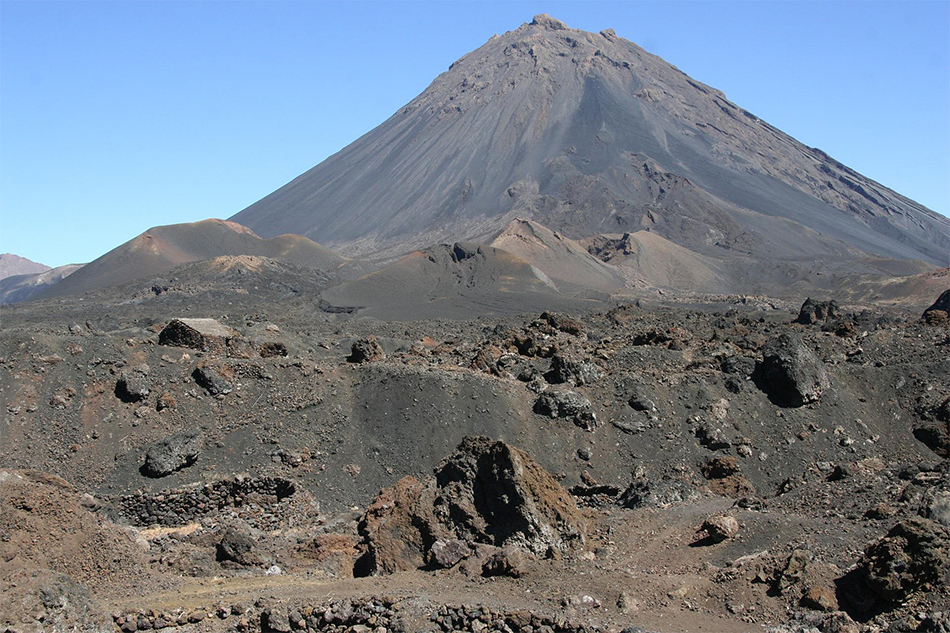 The Fogo volcano is in the West African island nation of Cape Verde, located on the island of Fogo at an elevation of 2,829 meters, making it the country's highest mountain, with the most recent eruption occurring in November 2014.

The cinder-covered Fogo volcano exudes its charm and continues to attract a large number of adventurers to travel and explore every year. Before coming here, you need to know about the weather and safety issues and find a good guide to help you get there. If you are walking to your destination, it is imperative to have good physical strength and fitness because the climb is uneven and long. The volcano also means that there will be uncertainty and the need to ensure personal safety and safe travel. But when you reach the top, you will not be disappointed. It is an excellent choice for adventure lovers, particularly geological researchers, with its breathtaking views.

Santa Maria Pier, the blue sea is one of the beautiful scenery on the pier, just wandering and walking here makes people relaxed and free. However, it is always crowded with people and is popular with tourists. The most lively time is after the fishers set up their stalls at 11:00 a.m. They clean and sell fish on the pier, and this image has become one of the major attractions. Many tourists will slow down and enjoy the life of the locals, and tourists can also take a walk on the beach and buy local specialty souvenirs at the market.

Tarrafal Beach is regarded as one of the most beautiful in Cape Verde. With Fogo Island as a backdrop, palm trees, white sandy beaches, turquoise water, fisherman, beach bars, and breathtaking sunsets. you can see it all here.

Visitors can do sports, play volleyball, surf, snorkel, and pedal boats, which are suitable for everyone, and you can also be at the beach, chasing the most beautiful sunsets. 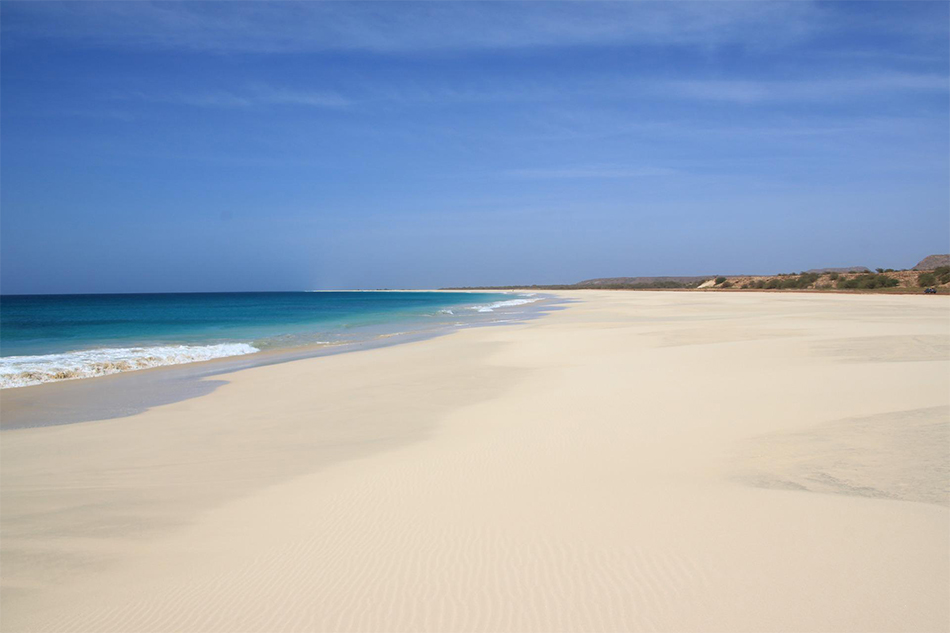 Chavez Beach is a beautiful beach on the island of Boa Vista, Cape Verde. It has beautiful natural scenery and historical sites to see palm trees standing along the coast and some ancient ruins. Walking on the beach and stepping on the sand with bare feet is also pleasant if you like peace. It's also great for taking pictures.

At first sight, you will be attracted by its beach and sand because they are so clean and surprisingly big. If you are a cycling enthusiast, you can form a group to ride on the sand of the beach, which is exciting and thrilling, and if you like the sea, you can hike on the beach, collect shells and feel the healing of the sea up close.

On Sal Island, there is a salt evaporation pond called Salinas de Pedra de Lume. It is a naturally formed salt lake, and only tourists may view it from the crater.

It is possible to have a salt bath here, which is a fantastic experience for anybody on an arid island. Floating on the highly concentrated salt flats is incredibly calming, and it is especially magnificent to do so at the base of an old volcano. It is a fascinating piece of history and displays nature's immense strength. 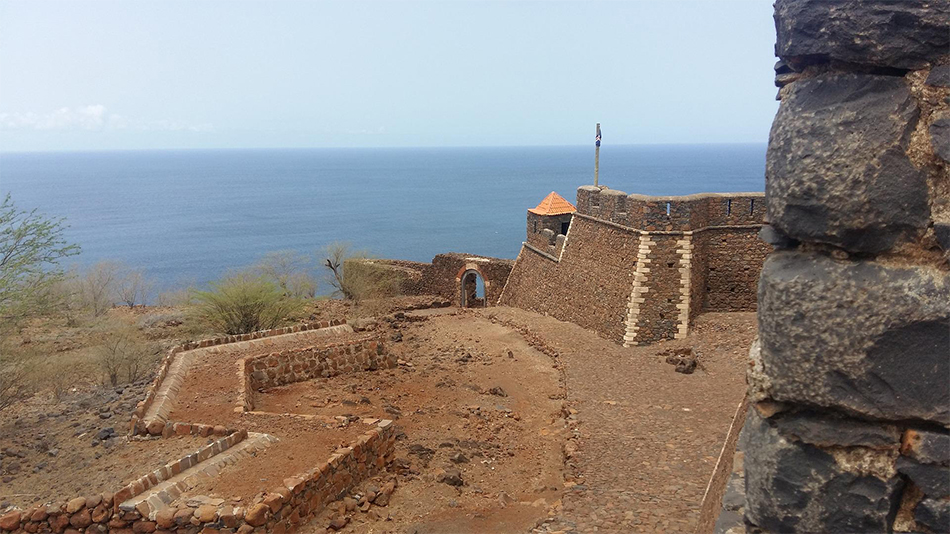 The stronghold is situated in the municipality of Cidade Velha, on Santiago Island, Cape Verde. It is a UNESCO World Heritage Site located on a plateau above the town center. The stronghold was previously part of the city's defensive fortifications, including six smaller forts on the shore and a wall along with the port.

It is helpful to have a guided tour of the entire history of the area since it is in ruins, and learning about the location and contents of the buildings becomes intriguing. On the other side of the fort, there is a stunning view of the sea and Citadel Velha.