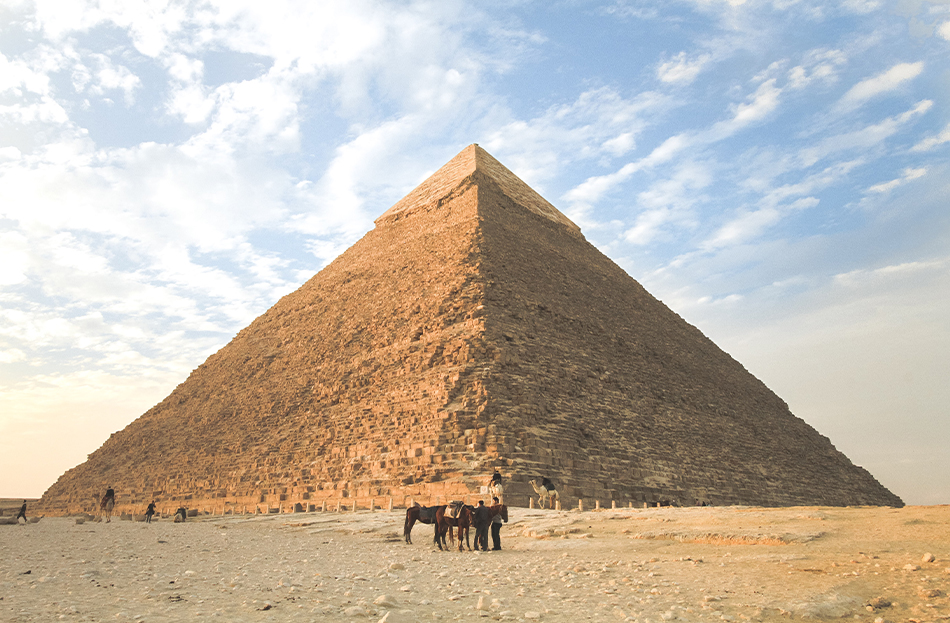 The Egyptian Pyramids are the first thing that comes to everyone's mind when they think of Egypt. And tourists to the area may witness the world's natural old treasures, which will leave everyone in amazement.

There are enormous stretches of desert to explore in four-wheel drive, world-class reefs and wrecks in the Red Sea for divers to dive and the famed Nile River cruise, beach lovers to soak up the sun on the Sinai Peninsula or the Red Sea coast, and archaeology buffs to feast their eyes on in Luxor. For all sorts of visitors, there is much to do.

There's also the bustling city of Cairo and slower-paced countrysides like the oasis of Siwa and the southern town of Aswan, so explore the spots that appeal to you the most.

Egypt provides visitors with a wide range of excursions, including historical sites, cultural architecture, natural beauty, adventure, and a plethora of activities that allow visitors to experience the culture, adventure, and relaxation in Egypt. Check out our list of recommended attractions and plan your trip to Egypt. 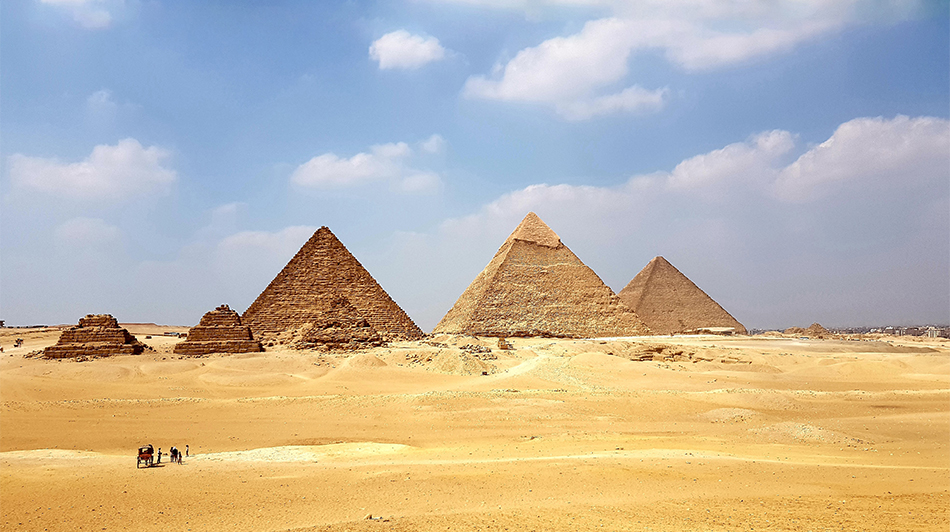 The Pyramids of Giza, located near Cairo's southwestern suburbs, are Egypt's unquestioned top attraction. The complex was built during Egypt's Fourth Dynasty. It consisted of three main pyramids: the Pyramid of Khufu, the oldest and only surviving structure of the Seven Wonders of the Ancient World, which now houses the Sun Ship Museum next to it; the Pyramid of Khafra, the second-largest; and the Pyramid of Menkara, the smallest. In addition to the three main pyramids, there is the well-known Sphinx and three tiny pyramids belonging to the Queen. They are Egypt's biggest pyramids. These monuments, once again, serve as a microcosm of a bygone age, attracting a large number of tourists. 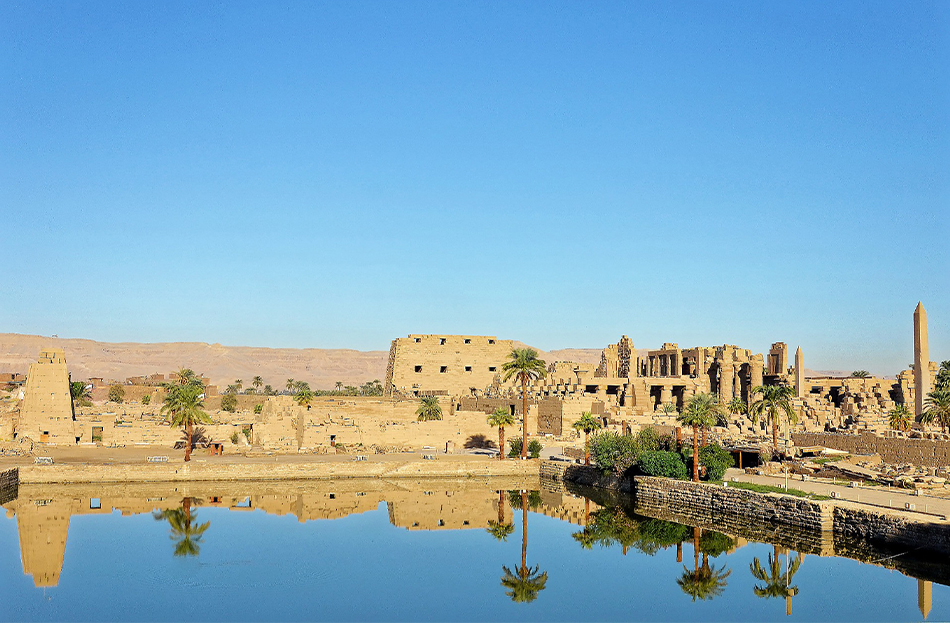 The Temple of Karnak, Thebes's oldest temple, is located on the east bank of the Nile, 4 kilometers north of Luxor, and was constructed one after the other over a lengthy period. The temple's central section is the most preserved and biggest.

The temple of Karnak is surrounded by the temple of Khons and other minor temples, and the ceremonies of each religious season begin at Karnak and conclude at Luxor.

There is a kilometer-long stone path in between, adorned with sculptures of sacred sheep and interspersed with glittering gold or silver leaf panels. The Karnak Temple is the world's biggest temple supported by pillars, and tourists may wander around it and examine the historical antiquities. 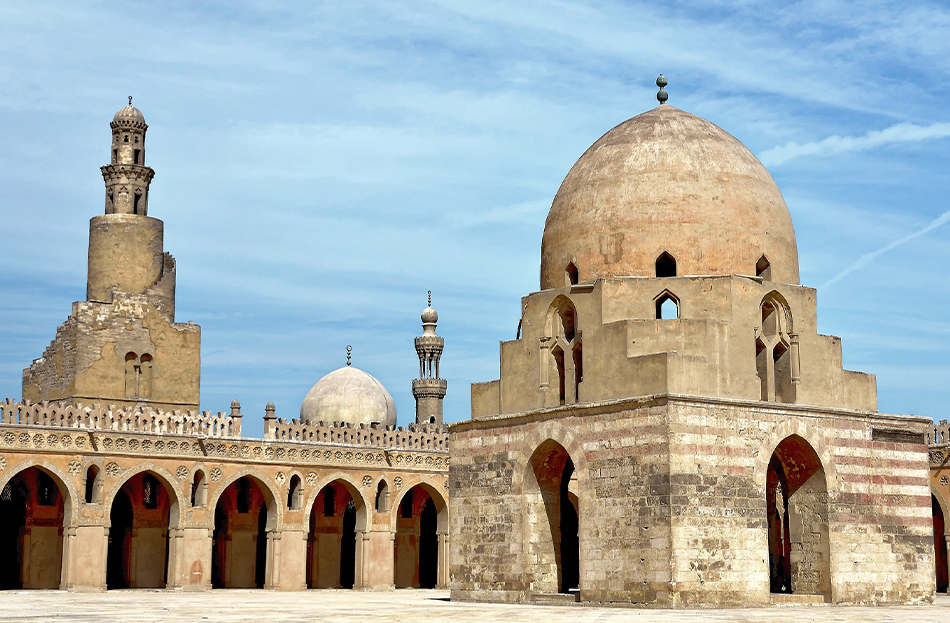 The Ibn Tulun Mosque was built between 876 and 879 AD and is one of the oldest mosques in Cairo. The date of its establishment alone gives a sense of its extensive history. The mosque is designed to be erected around a courtyard with a covered hall on each four sides. The tower has an external spiral staircase comparable to the famous Samarra minaret, which was probably erected decades later. The Ibn Tulun Mosque was used in the James Bond movie "The Spy Who Loved Me" scenes. You can fully immerse yourself in the unusual culture of the place, and guests who appreciate photography will enjoy documenting it with photos. 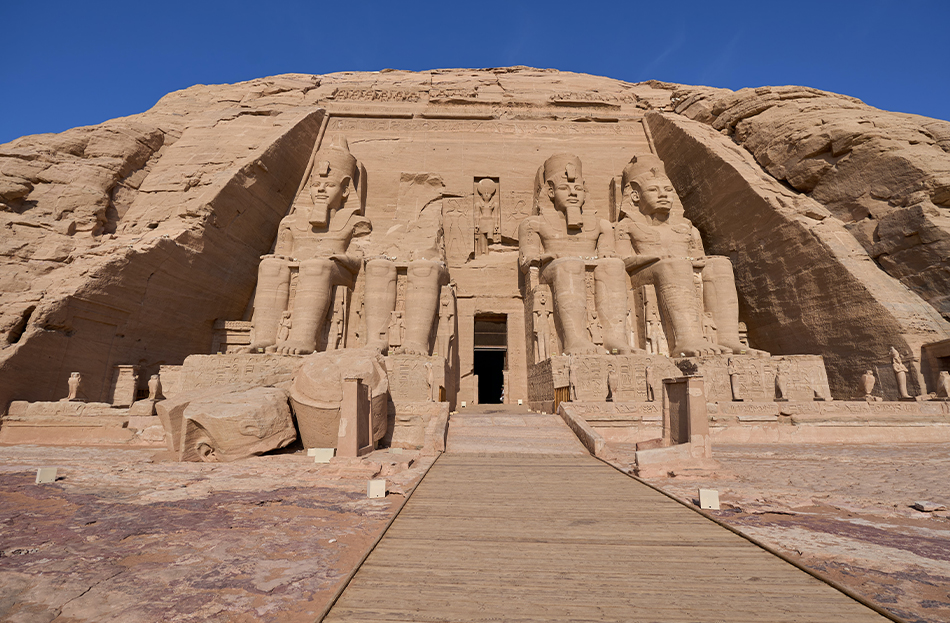 Abu Simbel is an archaeological site in southern Egypt that consists of two huge rock-cut temples on the western coast of Lake Nasser. The two temples were initially carved into the hillside during Pharaoh Ramses the Great's reign in the 13th century B.C. as a tribute to himself and his queen, Nefertari. Abu Simbel is still one of Egypt's most popular tourist destinations for these historical reasons. 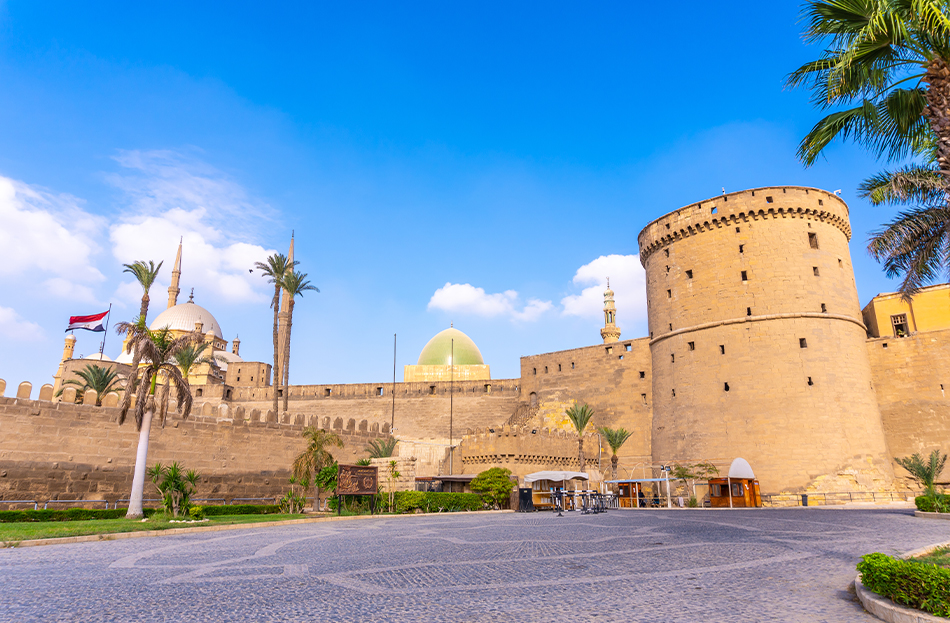 It served as the Egyptian government's headquarters until the nineteenth century, demonstrating the castle's prime location. The layout and structure of the citadel underwent repeated changes and adjustments during this long period, and the defense in its current form has experienced three significant periods of construction: the Ayub dynasty in the 12th century, the Mamluk in the 14th century, and Mohammed Ali's reign in the 19th century. Visitors may explore the historical landmarks and enjoy the unique culture. 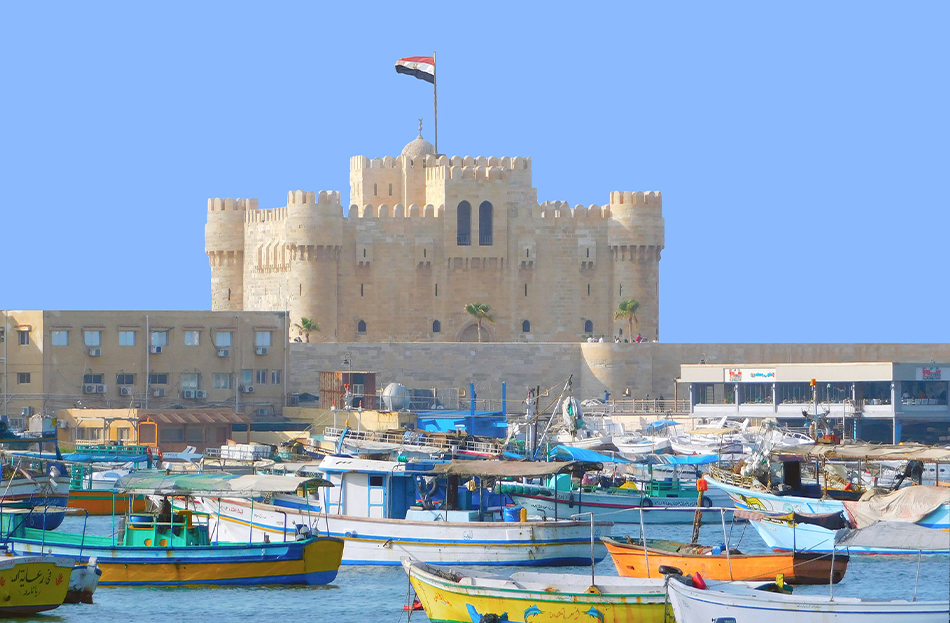 Founded by Alexander the Great, the Mediterranean city of Alexandria, home to Cleopatra, has a history unmatched by any other city.

Visitors can stroll along Alexandria's long waterfront Corniche Road, which leads to its fortifications (built on its famous old lighthouse) and is a popular summer destination for Egyptians and international visitors to enjoy the refreshing sea breeze.

The museum here displays many interesting historical items, and the remains of one of the town's catacombs are worth a trip to explore.