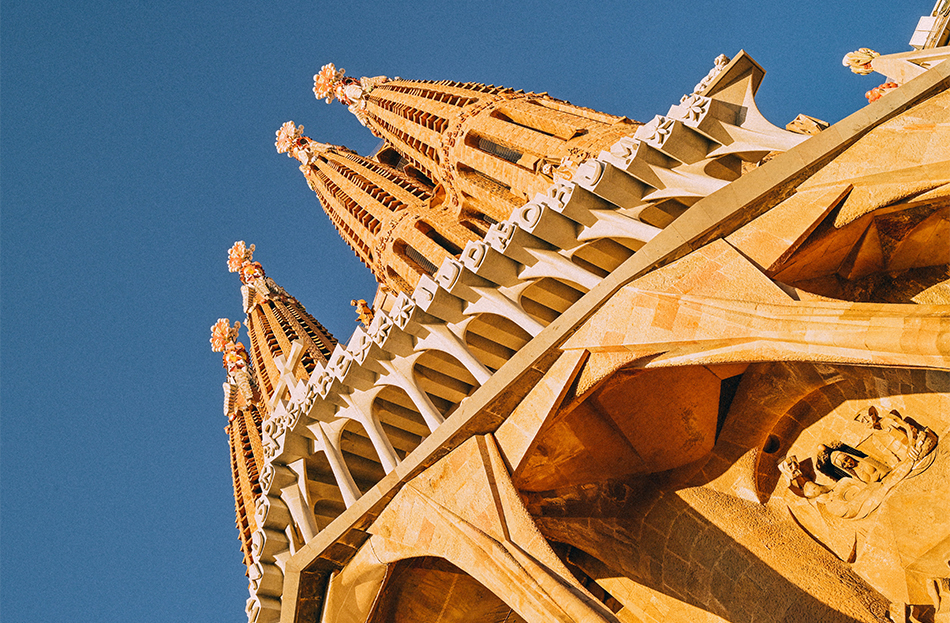 Barcelona is one of the most famous tourist attractions globally, attracting millions of people every year. So, what's the big deal about it? It contains practically everything that a vacationer might want. It has easy access, pleasant weather, beautiful beaches and mountains in the surrounding area, a thriving nightlife, delectable local food, and culture and history.

It's also a sight-seeing paradise, with several well-known landmarks. Barcelona is known for its diversity, and the city has something to offer everyone, including families, couples, and singletons. If you ever decide to visit Catalan city, several tourist sites in Barcelona should not miss. 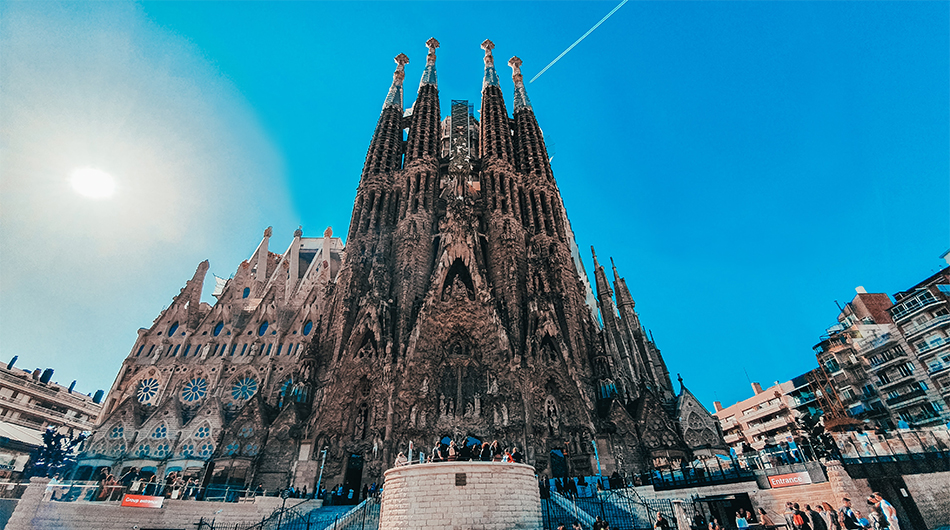 La Sagrada Familia is one of Barcelona's most visited sights, with about 2.8 million tourists each year. It is a massive and ornate basilica created by Catalan architect Antoni Gaudi. Construction began in 1882 and is still ongoing. The structure is expected to be finished during the next 30 years. It's worth noting that, as Gaudi planned, this lovely church was entirely supported by donations.

Francisco de Pala del Villar, the diocesan architect, began work on La Sagrada Familia in March of 1882. At the end of 1883, Gaudi was commissioned to take over the project. He worked on the design and construction of this one-of-a-kind structure until his death on June 7, 1926, at 74.

This building is intriguing to examine for anybody interested in architecture. According to the blueprints, eighteen spires depict Jesus Christ, the Virgin Mary, the four Evangelists, and the Twelve Apostles. Some of these spires are currently under construction, while others are available.

The elaborate design features and religious symbolism weaved into the church's areas will attract visitors. The finished part of the church and the completed towers are available to the public. In addition, there is a small museum within the building containing scale models and drawings depicting the building's construction designs.

Since 2010, La Sagrada Familia has provided worship options for individuals who choose to participate. In November 2010, Pope Benedict XVI dedicated the church and declared it a basilica during his visit to the city. 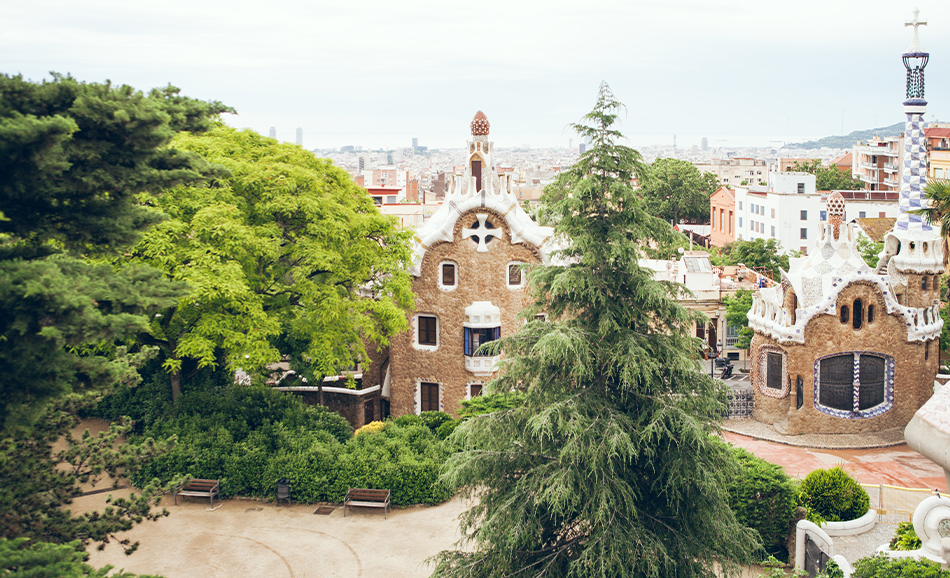 With other notable works in the city like La Casa Batlló and La Pedrera, this has to be one of Antoni Gaud's most well-known, and it is undoubtedly one of Barcelona's most iconic.

Gaudi did most of the planning and landscape design for the region, which was initially intended to be a residential housing development. The area was eventually sold to the city of Barcelona and transformed into a park after just two residences were erected. It houses the well-known Salamander sculpture and other structures and buildings constructed by the architect. This is a fantastic experience with beautiful views of the city. 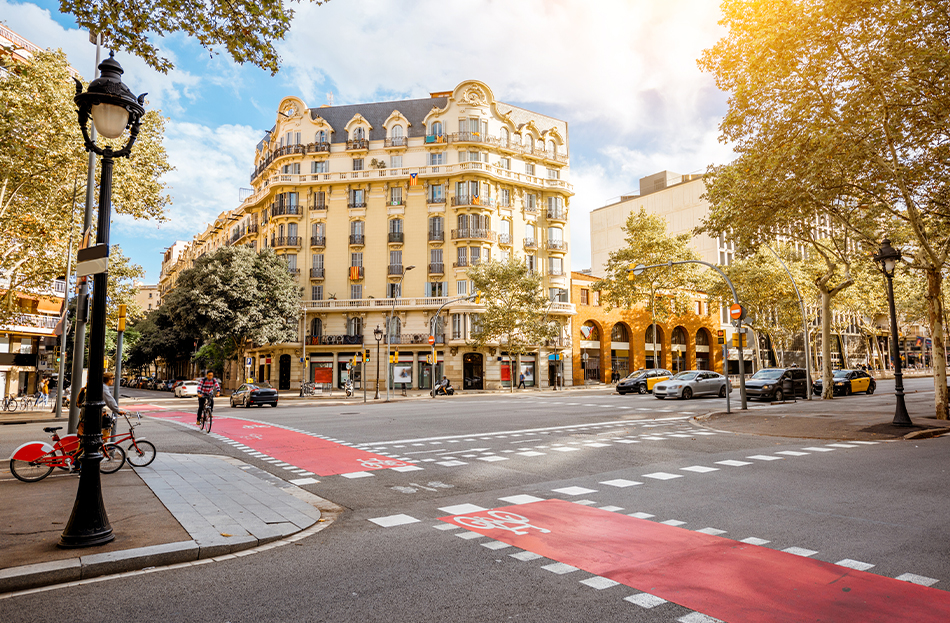 This is the city's most well-known street, and it's a swarm of activity. It's commonly referred to as Las Ramblas, although it's a collection of streets with unique personalities.

Visitors will discover street entertainers, dozens of pubs and restaurants, and the wonderful Boqueria Market, which is a veritable feast for the eyes, just off Plaza Catalunya and running right down to the harbor and shore. 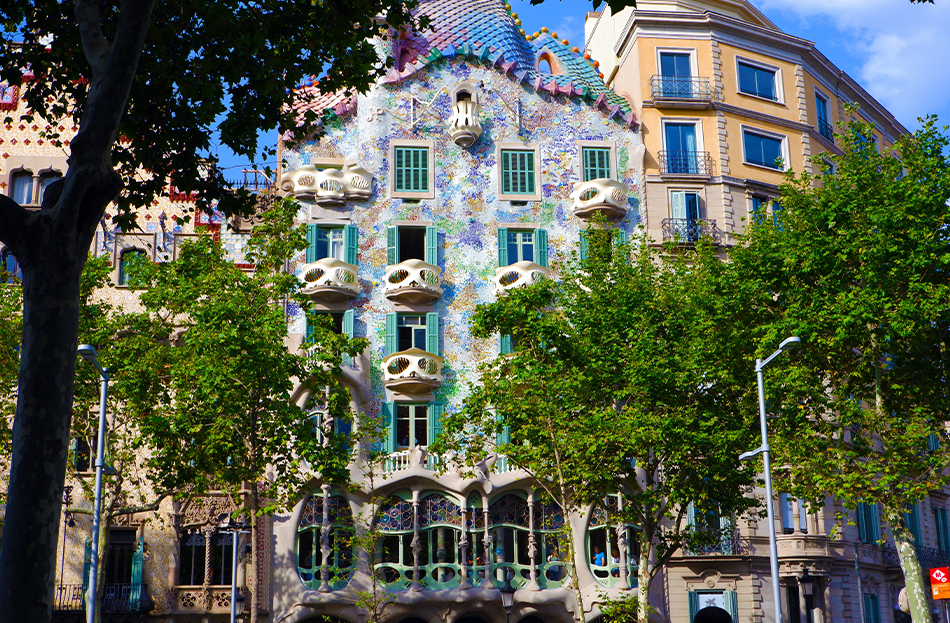 Casa Batllo is difficult to explain, maybe because it resembles a carnival gone crazy. One of architect Antoni Gaudi's most well-known structures, Casa Batllo, is a jumble of colors, materials, and styles.

There's a gigantic onion-shaped dome that seems like it belongs in a mosque, as well as a colorful, wavy tiled roofline and several sculptures. Because of the multiple jaws on one sculpture, Gaudi transformed a nineteenth-century structure into Casa Batllo, sometimes known as the "house of bones." It was a home unlike any other, but not one where most people would feel at ease. 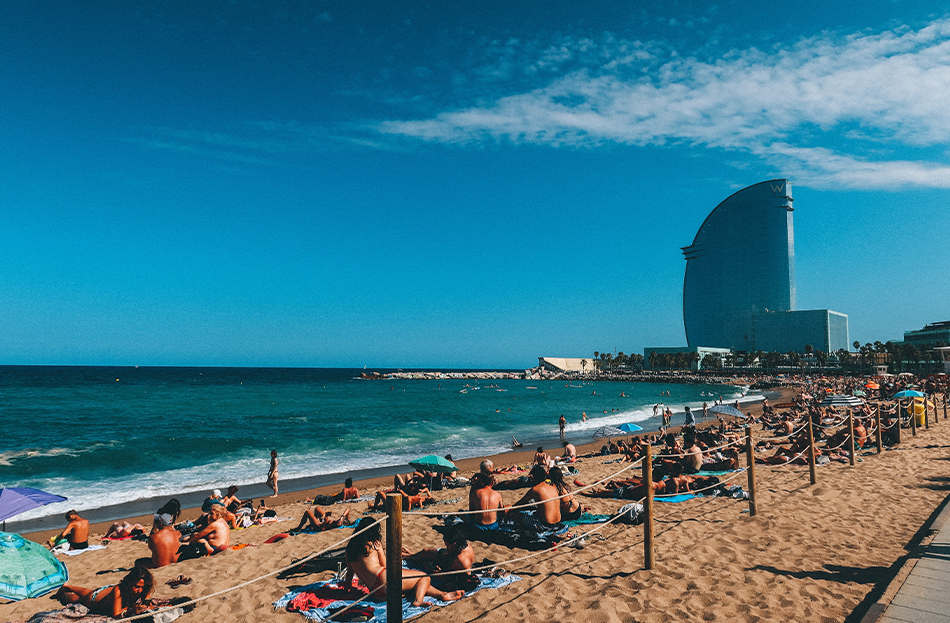 Barceloneta is undoubtedly the best of Barcelona's seven beaches, which run across 4.5 kilometers (2.8 miles) of shoreline. It is one of the most popular and is located in the city's heart. A popular jogging and cycling path goes along the 1,100 meters (3,600 foot) sandy beach. 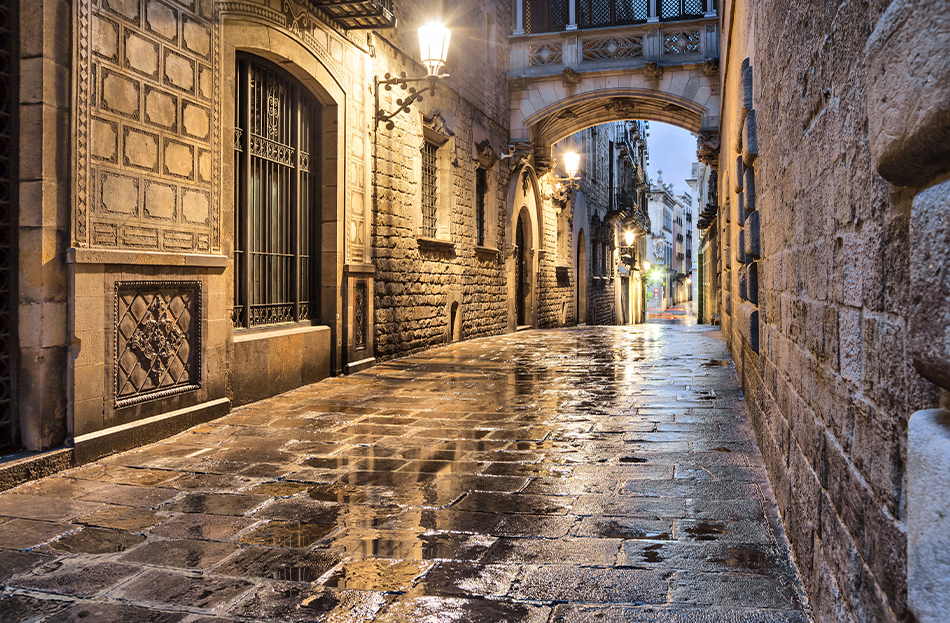 When it comes to the Gothic Quarter, which is located in the oldest area of Old Town Barcelona, old is excellent. Some believe the district is 2,000 years old, but what visitors will see today isn't: a tangle of small alleyways lined by buildings dating from the Middle Ages to the nineteenth century.

Travelers will visit the Jewish Quarter, which is regarded the most beautiful area of the Gothic Quarter; stroll the walkways where a young Picasso went to school; eat at Can Culleretes, Barcelona's oldest restaurant, which dates back to 1796; and buy at the colorful Boqueria market.

Casa Milà (La Pedrera) was Catalan architect Antoni Gaudi's final civil construction, completed between 1906 and 1910. With no straight edges on the exterior, the multicolored structure is regarded as one of the artist's most bizarre and fascinating architectural designs.

There are tours of the interior as well as the spectacular roof constructions. It also has a significant Gaudi exhibition, including the Sagrada Familia, Casa Batllo, and La Pedrera. 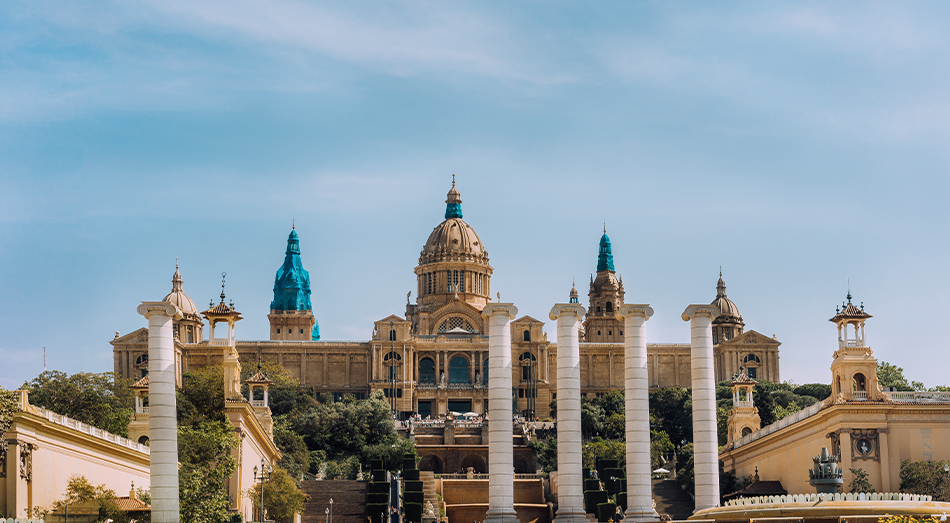 Montjuic is a large, shallow hill to the southwest of the city center with a relatively level top. The hill's eastern slope is practically steep rock, providing a stunning view of the city's port just below. Several defenses were built on top of the mountain, the most recent of which still stands today.

The Palau Nacional (National Palace), which was created as the main pavilion for the International Exhibition, is another excellent site. The Museu Nacional d'Art de Catalunya is housed in a magnificent neo-Baroque structure (MNAC). A variety of sporting facilities developed for the 1992 Olympics may also be found on Montjuic. 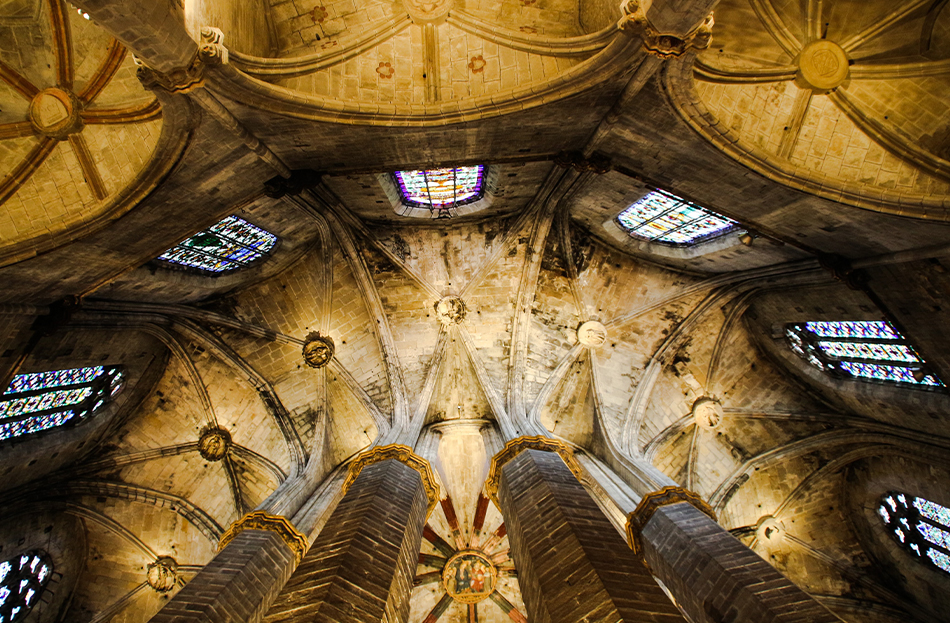 For Catalan Catholics, the magnificent Santa Maria del Mar (Saint Mary of the Sea) is a symbol. The foundation cornerstone for this large church was placed in 1329 by Aragon King Alfonso IV. It is a classic example of Catalan Gothic architecture, completed in 1384.

Though the outside appears harsh, the inside more than makes up for it. The stained glass windows, lofty slender columns, and simple design evoke the space and tranquility. The cathedral has been devastated by earthquakes and fire throughout the years, yet it always regains its splendor.

People visit the Palau de la Musica Catalana not simply to hear music but also to view the magnificent interior of the performance hall. The facade is stunning, but it pales in comparison to the main music hall, which features a glass-topped ceiling.

The Palau de la Música Catalana, with its stained glass windows and towering chandeliers, was built in the early 1900s and is a tourist attraction in and of itself. The historic hall's interior has been compared to a Faberge egg's inside. A smaller, more contemporary, and quieter entrance is nonetheless luxurious.