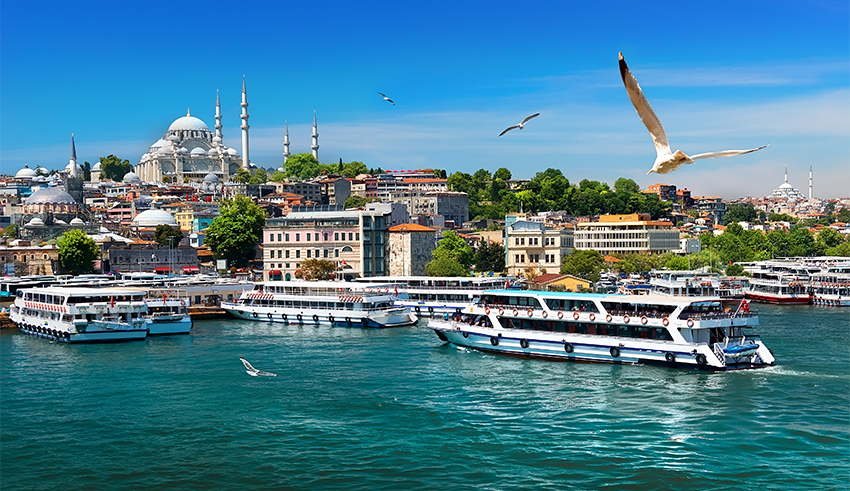 The 10 Best Cities in the Middle East to Travel

The FIFA World Cup - Qatar 2022 is the 22nd World Cup, which is the first time in history to be held in Qatar and a Middle East country. What are the best cities to travel to in the Middle East? 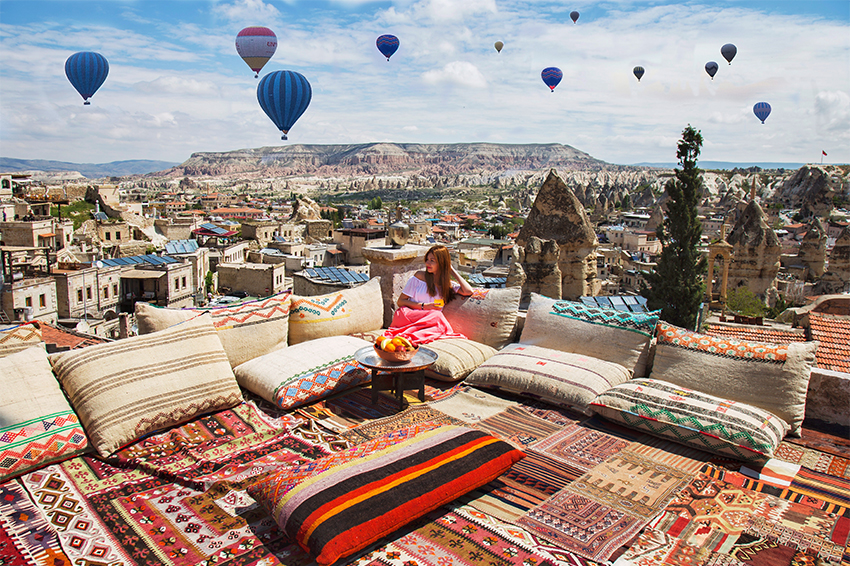 Lying in Turkey， this city features a cave stone house with ingenious workmanship. There are desolate and magnificent karst landforms and exciting hot air balloon rides. Walking through the city among the rocks, stay in a unique cave hotel in Goreme. Then fly in a hot air balloon at an altitude of one kilometer.360-degree field of view meets the change of light

Nature has compiled the most beautiful 3D postcard for you. 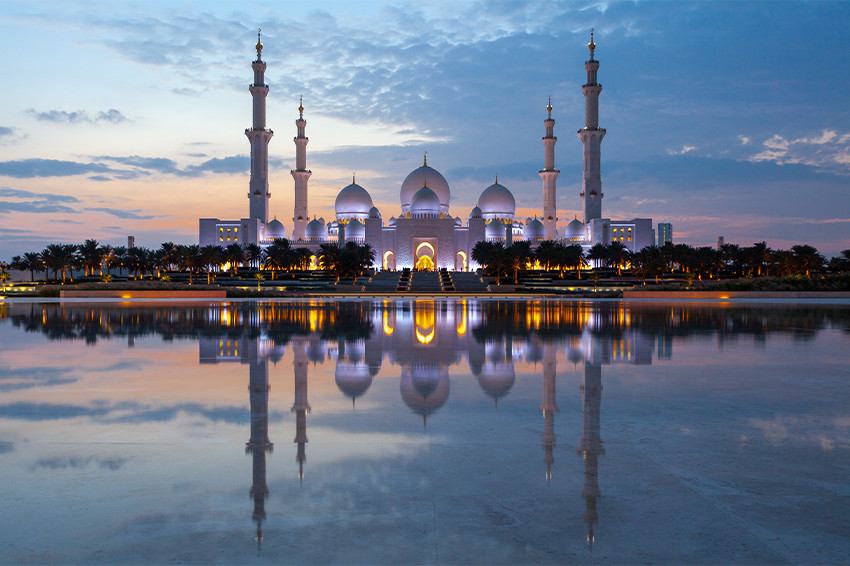 If you must find a city richer than Dubai, that is Abu Dhabi. There is the most luxurious mosque in the world, Sheik Zayed Grand Mosque, With 80 domes, around 1,000 pillars, and 24K Pure Gold Chandeliers. There is the only Ferrari theme park in the world. The green coastal promenade beside the blue Persian Gulf Mangrove National Park is thriving. There are also various desert expeditions. 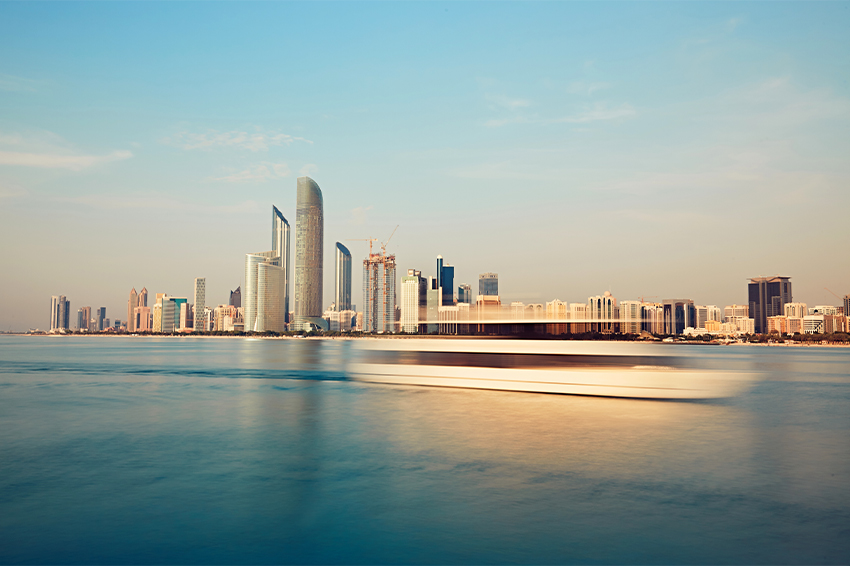 With the world’s first seven-star sailing hotel Burj Khalifa, the tallest building in the world, the world’s largest shopping mall, and the world’s largest musical fountain, this is the most luxurious city. Enjoy yourself on the golden coastline，go to the nearby desert for sand washing， take a hot air balloon for a bird's eye view， and have an adventure at Palm Island. 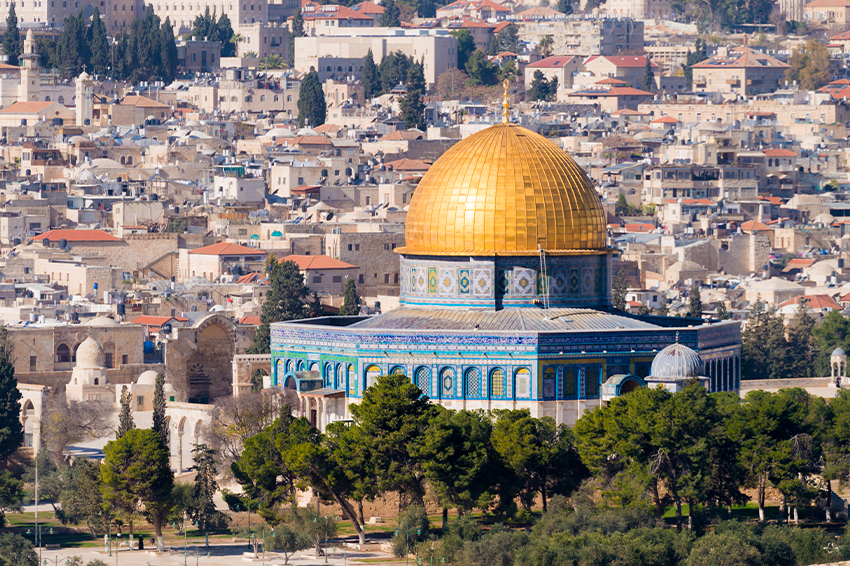 This old town that spans less than a quarter-mile contains the most sacred sites of Christians, Jews, and Muslims in the world This is Jerusalem. The Jewish Quarter has the famous Wailing Wall. The Jews come here to tell the suffering of thousands of years of separation. The Church of the Holy Sepulcher of the Ascension in the Christian Quarter is ancient and solemn. The Arab market in the Muslim quarter is full of life .

The Dome of the Rock on the Temple Mount is a holy place in Islam . The Tower of David in Armenia is the tallest landmark in the old city. To the east of the old city is the Mount of Olives. Jesus prayed here all night before being betrayed. The fresco in the Church of All Nations records the betrayal of Judas. The night in the Garden of Gethsemane is still solemn. The high platform here overlooks the entire old city. To the south of the old city is Mount Zion. There is the Catholic Dormition of the Virgin. Inside the Marco Building on the back, The last dinner room with Jesus and the Twelve Apostles. Come to start the sacred journey together. 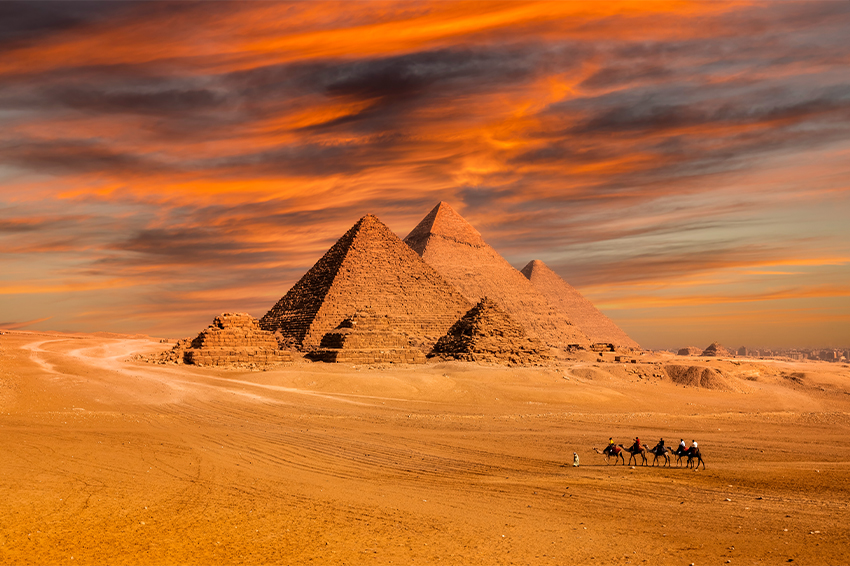 Cairo is a fascinating city, as one would expect from Egypt's capital. It has incredible raucous souks (markets) and a medieval Islamic city. After seeing a few sights here, it's time to move on to the real reason you're in Egypt: the famed Nile pyramids. Hello there, Cleopatra's land! If you get tired of the pyramids and other antiquities, visit a nature preserve, where scenery and wildlife reign supreme. A day trip from Cairo could be exactly what the pharaoh ordered. 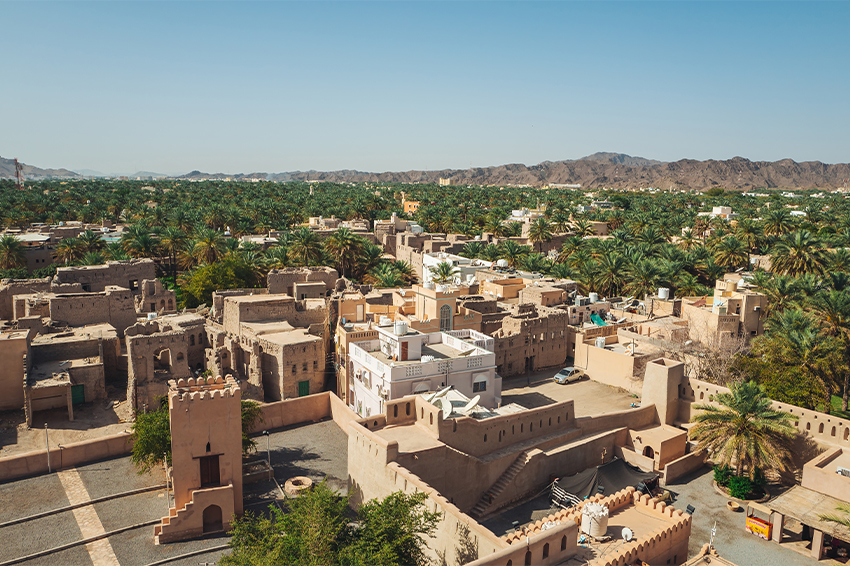 Salalah, in southern Oman, is sometimes referred to as the second city to Muscat. Salalah is especially significant today because it is the ancestral home of Sultan Qaboos, Oman's reigning sultan since 1970. When visiting Salalah, you can admire the magnificent Qaboos Palace as well as older architecture in the Old Town, known as the Haffa.

Visit the Al Baleed Archeological Site to travel even further back in time. Salalah is well-known for its frankincense trade, so bring some home as a souvenir from the Haffa souk. Monsoon clouds from India bring constant rain to the area from June to August, transforming the coastal region around Salalah into a green oasis with seasonal waterfalls and streams. 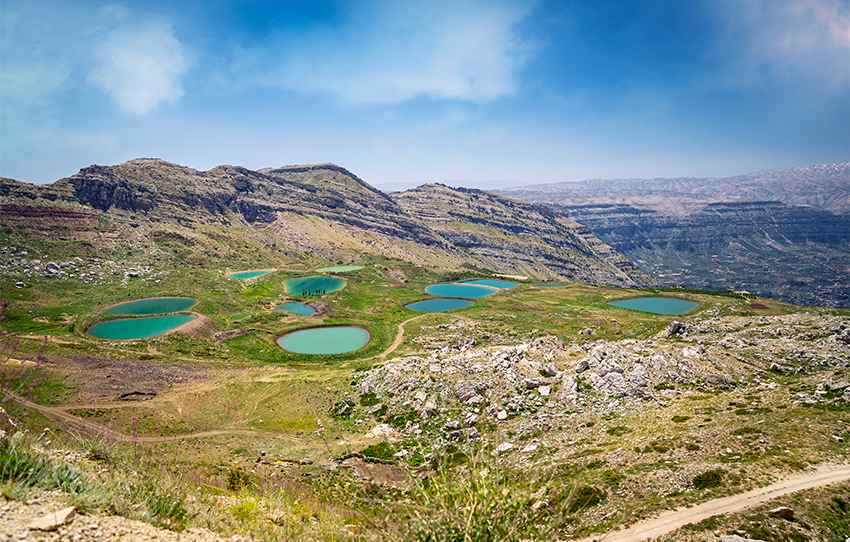 Byblos is located in Mt. Lebanon, known for its UNESCO World Heritage Site. The city is considered one of the oldest inhabited cities in the world, dating back to 5000 BC. Today, Byblos is a popular attraction due to its seaside ruins, offering amazing and unique views to those lucky enough to come here. In addition, the city has an old-fashioned open-air market with restaurants that keep the city alive to this day. 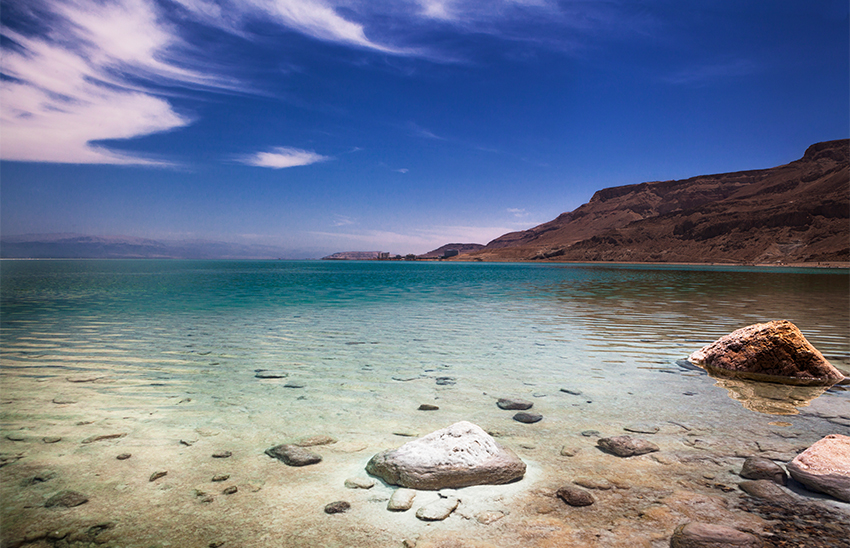 The Dead Sea is undoubtedly one of the most beautiful places in the Middle East and one of the most beautiful places in the world. Located more than 400 meters below sea level, this salt lake is one of the lowest points on Earth. Travelers can enter the Dead Sea via Jordan, Palestine, or Israel and bathe in its saltwater. The water of the Dead Sea is the saltiest in the world and is believed to have health and beauty benefits for those who soak it. 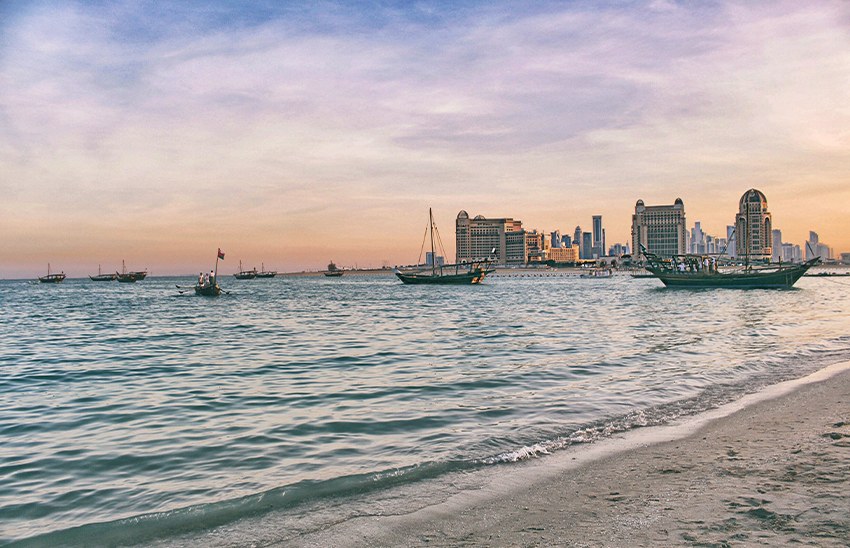 Doha is a famous port located on the Persian Gulf and is the capital of Qatar. Doha is a coastal city located in a desert with a hot summer climate. It used to be a small town mainly focused on salvaging fish and shrimp. With the development of Qatar's oil industry, it has become a prosperous and emerging modern city. Doha people love sports, and the government has transformed the coastal marshes into beautiful and clean coastal roads, which has become a good place for people to travel, relax and exercise. The local government is keener to hold various sports events and invite top stars to participate. 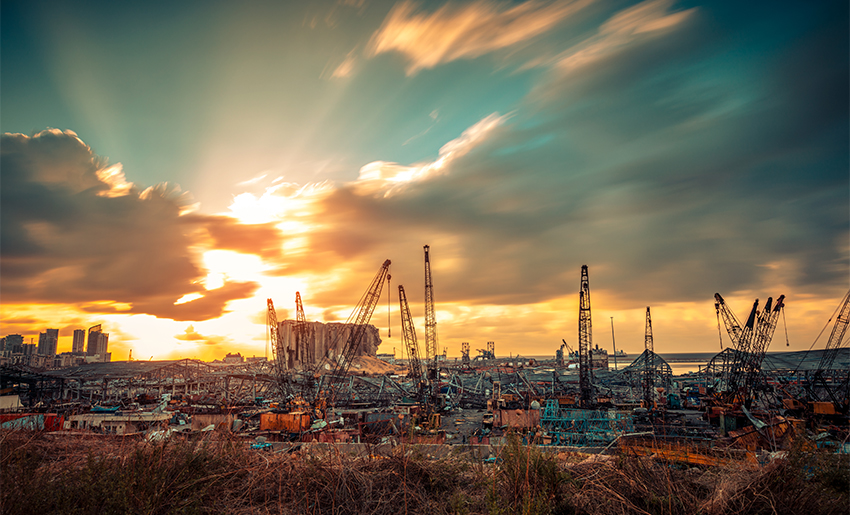 Beirut is located on a long and narrow plain on the side of the Mediterranean Sea, backed by the rolling mountains of Lebanon, and is the capital of Lebanon. Beirut is the largest fine seaport on the east coast of the Mediterranean Sea, and an important gateway and cargo distribution center for the Republic of Lebanon. It is a seaside city famous for its unique architectural style and beautiful climate environment. The world is one of the cradles of the revival of modern Arab civilization. Many famous historical sites in Beirut also attract tourists from all over the world. The Beirut National Museum preserves the hieroglyphs of the Phoenicians who first invented alphabetic writing in the world; the city has Roman-era walls, temples, remnants of bathhouses, and mosques built during the Ottoman Empire. Today's Beirut is a perfect fusion of history and modernity and is the cultural tourism center of the Middle East.