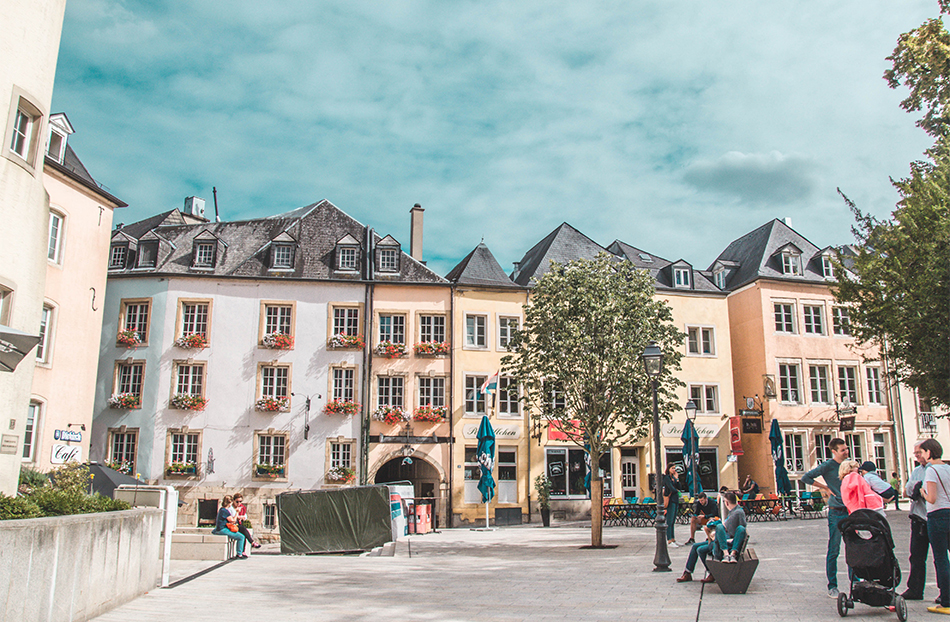 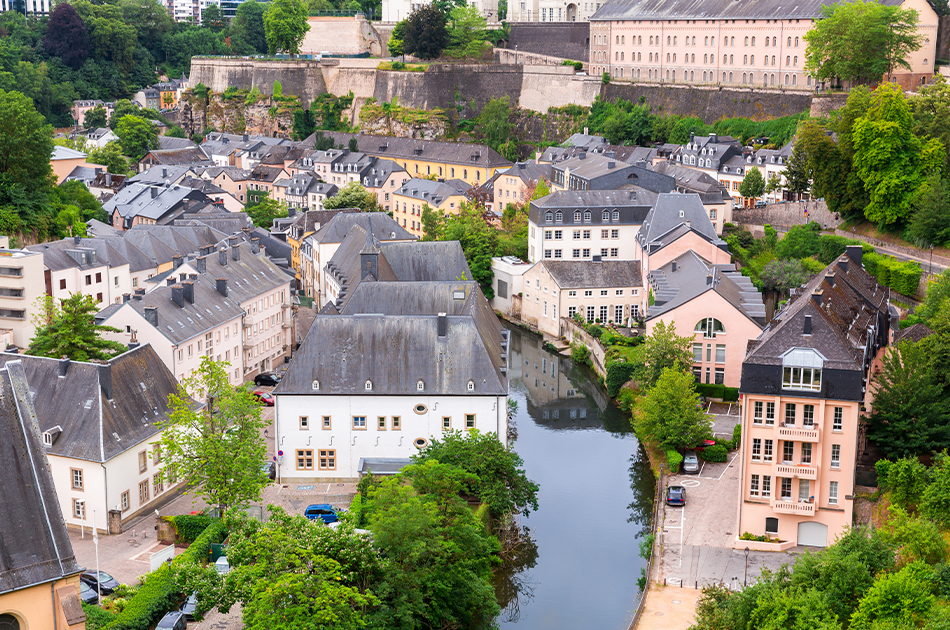 This charming tiny village near the German border is Luxembourg's oldest. Because of the laid-back "slow afternoon stroll" attitude, it's the ideal base camp for exploring the region. Plan to mention whether you'd like to go hiking in Mullertal or cycling along the Sure River. Every Whit Tuesday for the past 500 years, pilgrims have flocked to see the dancing parade in honor of the town's founder, St. Willibrord. Enjoy the International Music Festival in May and June, and see the Prehistory Museum, The Basilica, and the recently found Roman villa at any time of year. 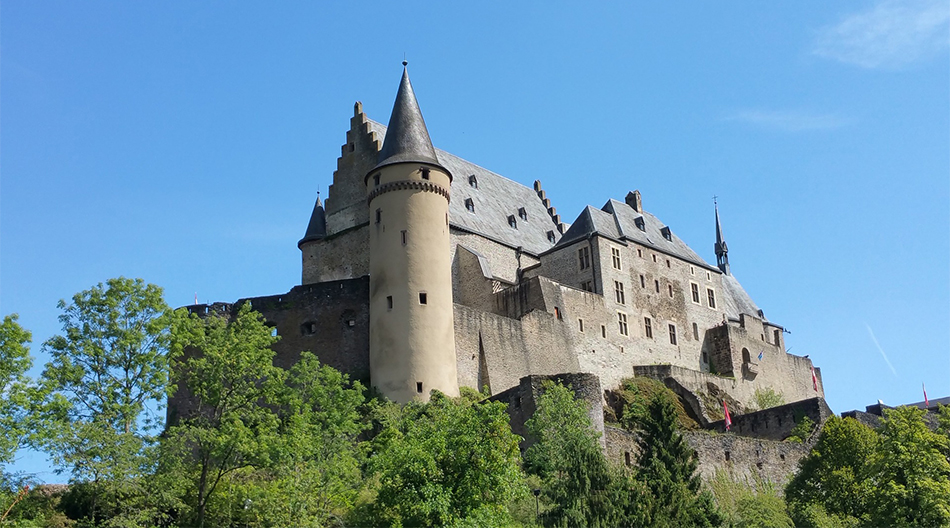 Vianden, a charming and steep town on the River Our, is also on the German border. The town's old-world beauty and Vianden Castle, which stands high above the river, are the town's two most outstanding features. The castle, which was built between the 11th and 14th centuries and served as a notable residence for the Luxembourg monarchy for hundreds of years before falling into ruin for nearly as long, was built between the 11th and 14th centuries. Since the 1970s, restoration has been continuing, and it is gradually returning to its former beauty, offering some of the most picturesque panoramas in the country. A wonderful restaurant, accessible only by chair lift, is located above the castle and offers the best views of Vianden and the surrounding Alps. Visit the Victor Hugo museum, which is housed in the house where he previously resided. 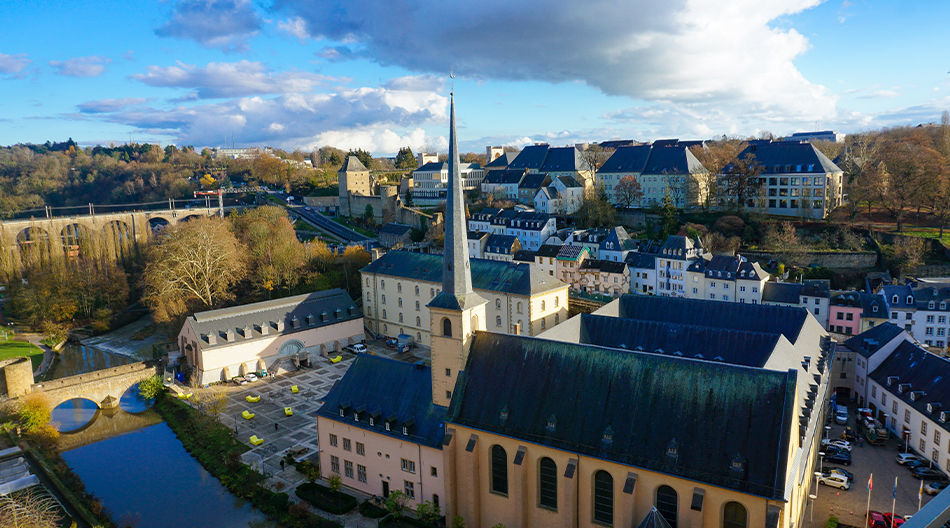 The capital of the country is also a UNESCO World Heritage Site and a key financial hub for most of Europe. You'll want to spend as much time as possible in the old town, seeing the Grand Ducal Palace, Notre Dame Cathedral, Place d'Armes, Adolphe Bridge, and the casemates, which are underground defenses. But Luxembourg City isn't only about historical beauty; it's also a totally modern and cosmopolitan city that's done an excellent job of fusing history and current growth. Take, for example, the stronghold of Luxembourg, which has undergone numerous transformations over the years and now represents the best of European culture.

The Moselle Valley and the river that runs through it are lined with small villages, vineyards, and wine cooperatives, stretching 42 kilometers from Wasserbillig to Schengen. For generations, wine lovers have been drawn to Schengen, which is known for the EU agreement that allows for easy cross-border travel. Each village in the valley has its own special appeal, with excellent dining restaurants and a laid-back atmosphere that will make you wish you lived there. Remerschen, Remich, Greiveldange, Ehen, and Machtum are notable villages. Locals refer to the valley as d'Musel, and it is home to beautiful fruit plantations, themed hikes (such as the wine path), water sports, and small boats, as well as a touch of medieval history. 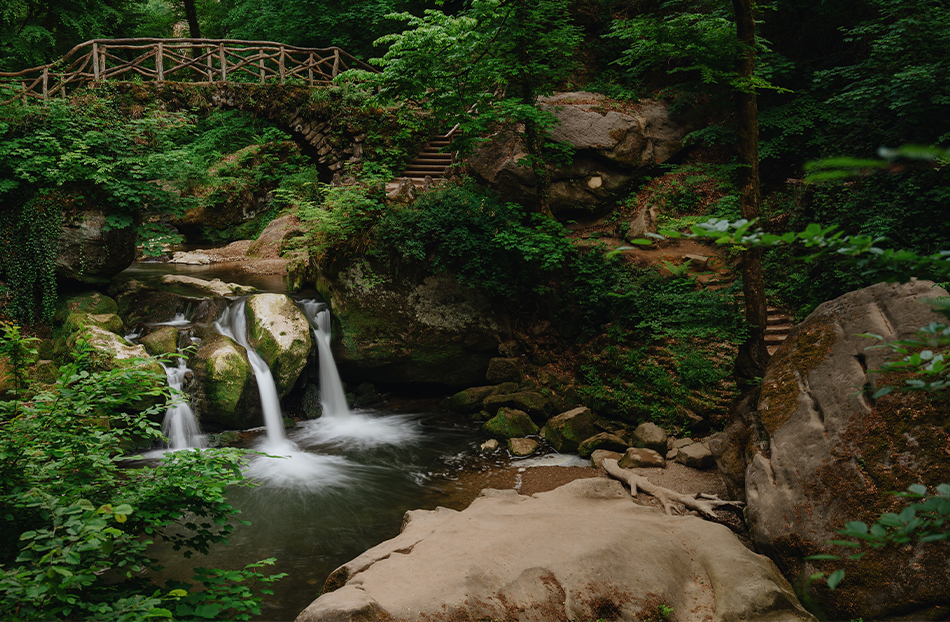 The steep green beauty of this region of Luxembourg has earned it the nickname "Little Switzerland." The distinctive rock formations are the first thing you'll notice. They're difficult to describe, but once you've seen them, you'll never forget them. Although Echternach is the region's principal city, there are other reasons to venture afield. The restaurants in Mullerthal provide very refined food – particularly in the Lower Sure valley – and are world-renowned for their superb cuisine based on honey, liqueurs, and cheese. The Mullerthal Trail has 112 kilometers of farms, forests, and rock formations for skilled hikers. There are plenty of easier treks that will take you to some breathtaking sights for those who are less experienced but no less enthusiastic. 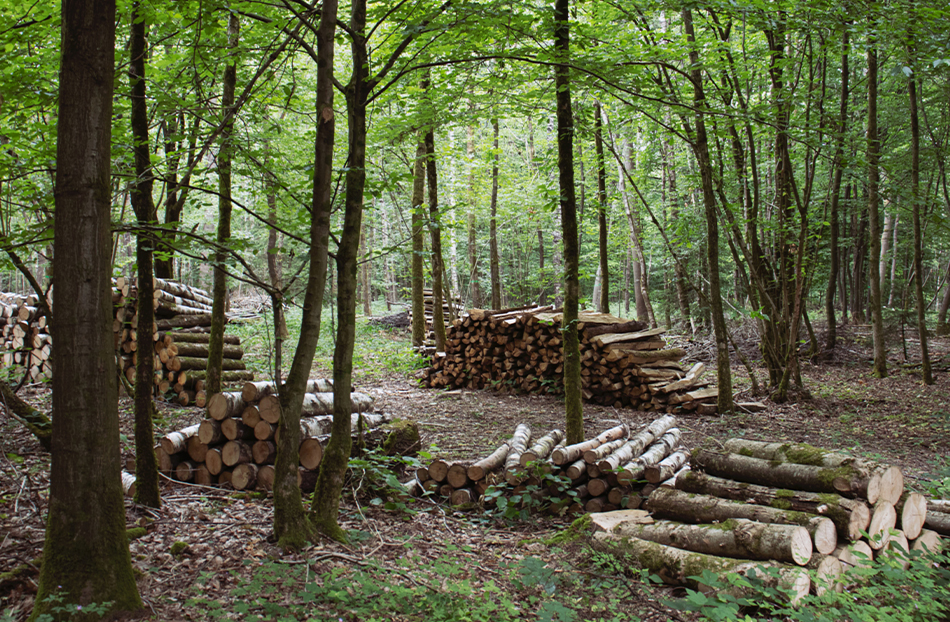 The Ardennes are a must-see for everyone looking for a really unique natural experience. You'll be able to explore the many forests and villages across the nature parks thanks to the winding valleys and gorgeous mountains, as well as the numerous hiking and cycling paths. Not unexpectedly, some of Luxemburg's best-preserved medieval ruins may be found here. Medieval reenactments, traditional markets, and outdoor performances and concerts are all available to take you to another era. Naturpark ewersauer and Naturpark Our, both distinct destinations in their own right, are located inside the Ardennes. Try Nordic walking along the Sûre or the Alzette if you're feeling daring.

7. The Nature Park Our 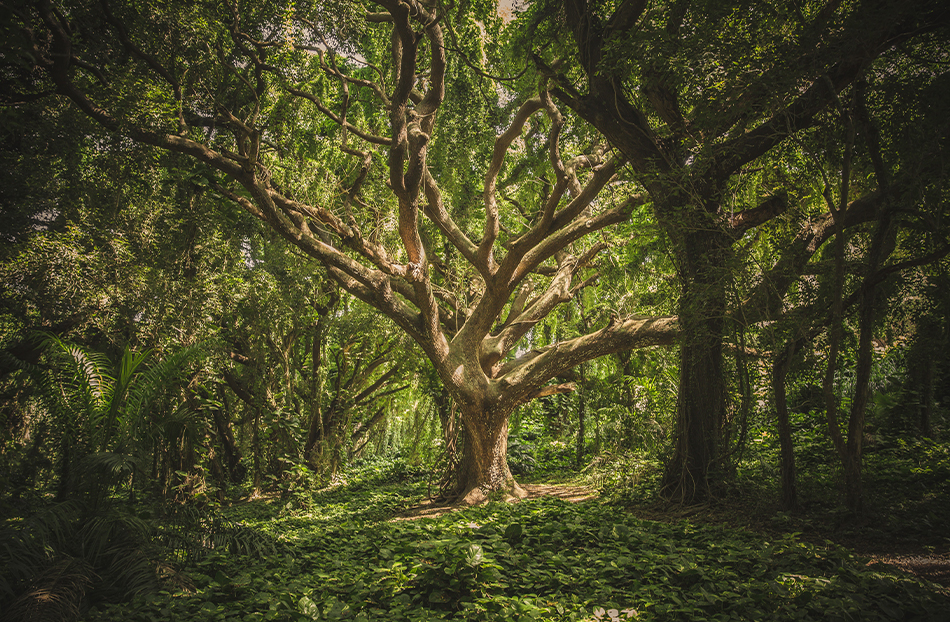 Nature Park Our, which opened in 2005 in the Ardennes region, is deserving of its own mention as a top tourist destination. The park, which is shaped by the Our River, spans 309 square kilometers and alternates between deep valleys and high plateaus. The nature park's designers' purpose is to concentrate on socio-cultural and economic development while preserving natural resources and protecting cultural heritage. The photo displays in Clervaux Castle, the mining museum in Stolzembourg, and the Festival "Jardins à suivre" are not to be missed. Tourists can buy agricultural produce directly from farmers, which benefits both the local economy and the ecology.

8. The Land of the Red Rocks 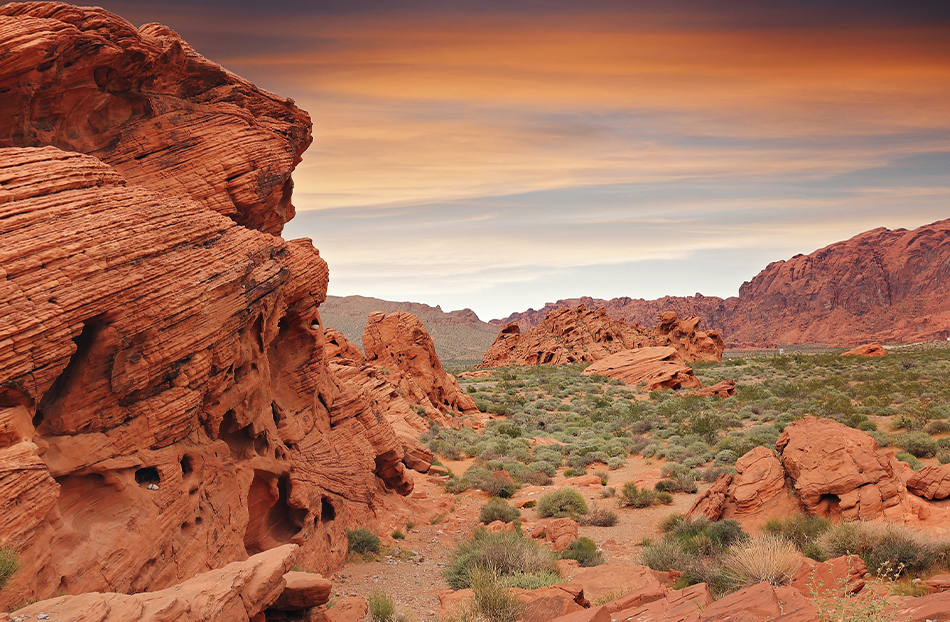 The red ore that fueled the development of the Luxembourg industrial era gave this region its name. Locals call the location Terres Rouges, and it now mixes contemporary technology with historic traditions to meet the country's present industrial needs. Terres Rouges is made up of three trendy and pleasant cities: Differdange, Esch-Sur-Alzette, and Dudelange. Each city has a diverse range of cultures, including rock festivals, street theater, and other concerts. You can go to Rockhal to study how Luxembourgers changed the country by giving this area a new face. Visit Parc Merveilleux in Bettembourg if you're traveling with your family. The park's monkeys, crocodiles, parrots, and other animals will delight your children. 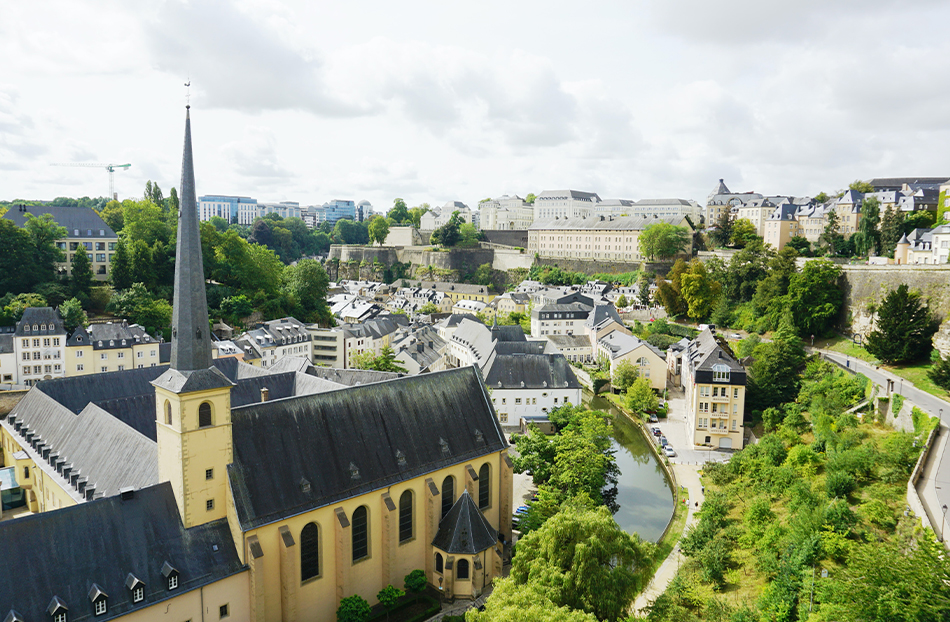 If you're planning a driving vacation in Luxembourg, the Eisch Valley in Western Luxembourg should be on your list. You'll experience the most serene drive of your life as you weave your way through a beautiful forest, with Arlon at one end and Ettelbrück at the other. You'll pass past several castles, some of which are grand ruins and others which are more mansion-like châteaux. You should make a pit break in Ansemborg to see the castle from the beautiful formal gardens. If you enjoy a decent moat, the medieval castle in Hollenfels is for you.

10. The Nature Park of the Upper Sûre

Because of the 380 ha lake, Naturpark Upper Sûre is known as Luxembourg's "water area." It is an example of sustainable tourism. In 2010, the park received the EDEN medal for its dedication to integrating tourism, culture, social and economic growth, and environmental conservation. If you're looking to unwind, this completely undeveloped acreage is ideal. You can participate in a themed itinerary or go at your own leisure. The majority of the recreational activities are geared toward showcasing the region's history, culture, and natural features.