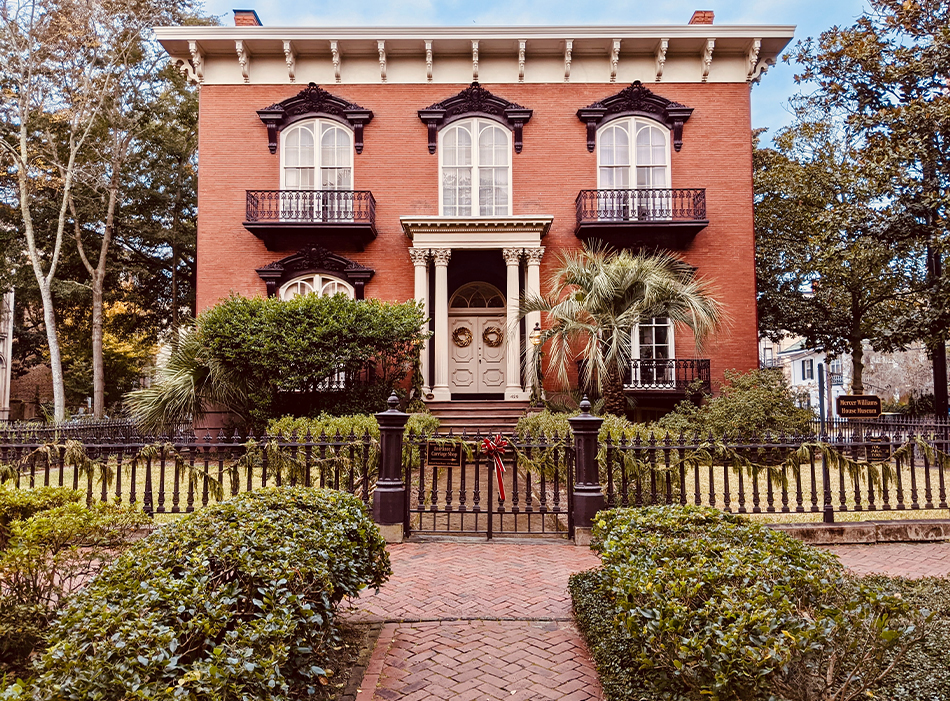 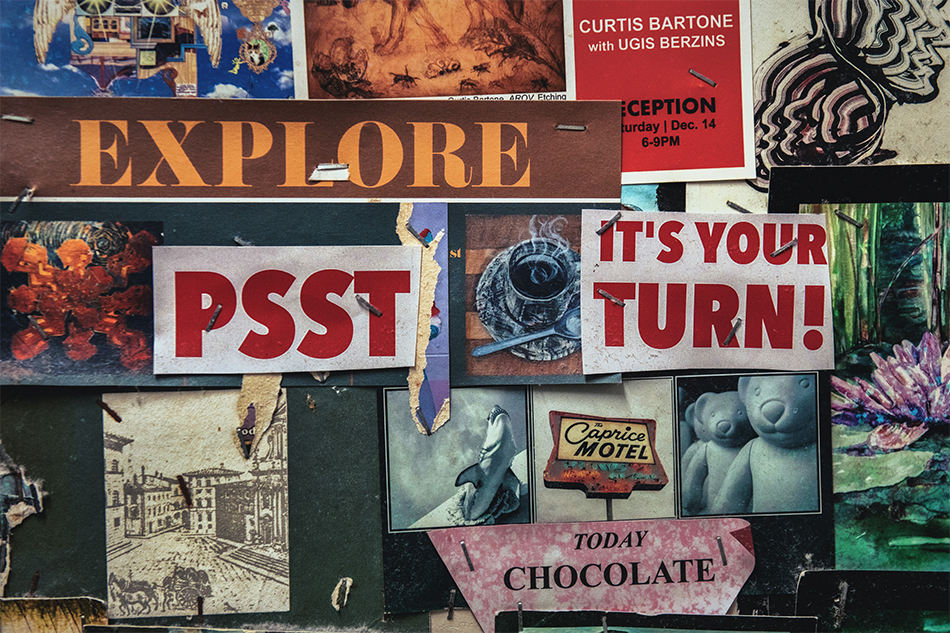 A stroll along Bull Street and the side streets that extend in either direction is the finest way to get to know Savannah's historic neighborhood. The starting point is City Hall (1905), which is just across from the United States. On the location of the colony's first public structure, the Customs House was built in 1852.

Johnson Square, the first square laid out in the new planned town, is to the south, with the Christ Episcopal Church (1838) on the site of the colony's first church, which was built in 1733. In this part of Savannah, there are numerous historic squares to visit. There are other coffee shops and eateries along this road, some with outdoor seats excellent for people-watching. 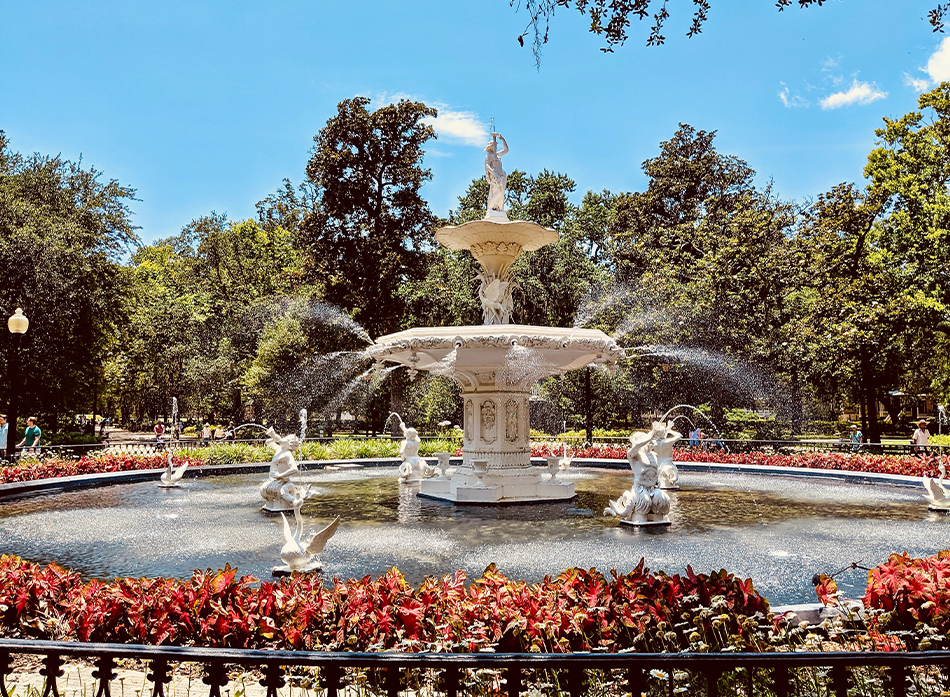 Forsyth Park is Savannah's largest and busiest park. It was built in the mid-nineteenth century when huge parks were popular in American cities.

The enormous cast-iron fountain was erected here in 1858 to serve as the park's focal point. Since then, it has remained the park's principal attraction, undergoing multiple restorations, the most recent of which took place in the late 1980s.

With enormous shady trees and concrete walks, Forsyth Park is also a beautiful place to wander. A variety of attractive ancient structures surround the area. When the azaleas are in full bloom in the spring, the park is ablaze with color. The tourist center and Band Shell are also located within the park, with amenities such as a café and snack bar.

3. Telfair Academy of Arts and Sciences

The Georgia Historical Society has run the Telfair Academy of Arts and Sciences, also known as the Telfair Museum of Art since it opened in 1886. It is the state's oldest art museum. European and American works in a range of mediums are included in the art collections, with a focus on 19th and 20th-century art.

Robert Henri, George Luks, and Childe Hassam are among the painters shown. A sculpture gallery and rotunda designed by architect Detlef Lienau have been added to the museum. The museum's home, a 200-year-old mansion fashioned in the Neoclassical Regency style, is just as spectacular.

There are 19th-century period rooms in the museum, as well as a self-guided audio tour focusing on the architecture. Free guided tours are also provided, which dive into the museum's history and specifics regarding its exhibits.

4. Cathedral of St. John the Baptist

Savannah's Cathedral of St. John the Baptist was built in the 1870s and then renovated after a fire in 1899. The redecorating of the new cathedral took more than a decade. Restoration work was done on the building again in the 1950s and 1960s, and more work was done in the 1980s and 1990s.

With marble railings and floors, as well as a marble altar, the interior is a joy. The 9,000-pound main altar was carved in Italy. The Cathedral of St. John the Baptist is especially recognized for its magnificent Renaissance-style paintings and 2,308-pipe pipe organ. The Great Rose Window is located above the organ, with panels spreading out from the central images of St. Cecilia.

Juliette Gordon Low, a founder of the Girl Scouts of the United States, was born in this house, which was erected in 1821. Her family house, Savannah's first National Historic Landmark, has been restored to its 1880s appearance and furnished with many original Gordon family furnishings.

Some of Gordon's original artworks, as well as the family's furnishings and memorabilia, are on display in the Gallery. Jewelry, pictures, and written material are among the things on show in the residence.

The house provides valuable insight into the family's and era's lifestyles. It also tells the story of Juliette Gordon Low's accomplishments and the Girl Scouts' history, and it's a favorite site for scout teams of all ages.

Because of its attention to looking at the lives of the slaves who worked and lived here, the Owens-Thomas House is Savannah's most important historic residence.

The Slave Quarters are only one of the exhibitions that look at the 14 enslaved servants who operated the home, tended the grounds, and nurtured the children daily.

The complex nature of connections between slave owners, children, and slaves themselves is discussed during tours of the home, and visitors are encouraged to ask questions after they leave. The Telfair Museums run the home, which is a National Historic Landmark.

The Ralph Mark Gilbert Civil Rights Museum is named after the man who is widely regarded as the founder of Savannah's civil rights movement. Dr. Ralph Mark Gilbert served as the head of the NAACP in Savannah for eight years and was a minister at the First African Baptist Church in Franklin Square.

The museum itself pays tribute to Dr. Gilbert and his significant contributions, as well as exploring the long and arduous journey that African Americans have taken from their beginnings as slaves in Georgia to the current day. Photographs, personal stories, little-known facts, a reading room, interactive displays, and a video are among the exhibits.

The museum is housed in the former headquarters of the Wage Earners Savings and Loan Bank, which was one of the first and largest African-American banks.

Head to Wormsloe Historic Site if you're seeking some peace outside of the city core. A large path and smaller trails make their way under huge live oaks coated in moss as you pass through the old gate.

The pathways lead past the "Tabby" and other structures of this former plantation, which once belonged to one of Georgia's founders. Families will enjoy a day excursion to the place. Costumed docents will interact with your family and inform you about their projects and Wormsloe's history.

The site is made up of a combination of forest, marsh, and old farmland and spans 822 acres. 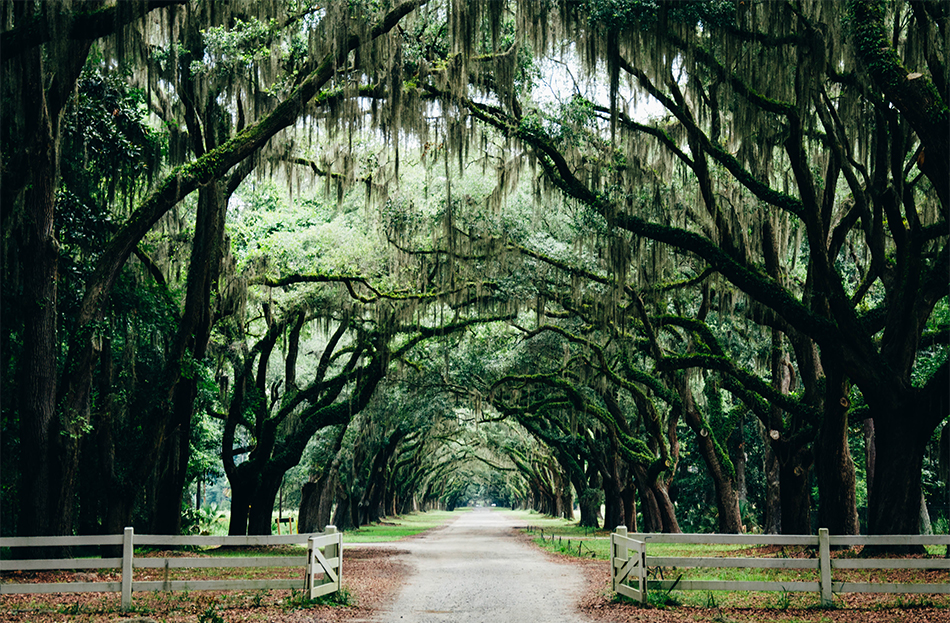 Skidaway Island State Park is conveniently located just minutes from downtown Savannah. The campground is ideal for individuals who choose to camp or travel in an RV rather than staying in Savannah's costly downtown hotels.

Wildlife such as deer, raccoons, and wading birds can be seen in the park. Scenic walking pathways lead to lookouts with views of the Skidaway Narrows, passing through characteristic coastal flora.

There are 87 RV and tent sites nestled softly under live oaks draped with Spanish moss. All of the sites have power, and a few of them also have sewer service. Three cabins with beds, kitchens, restrooms with showers, and air conditioning are also available.