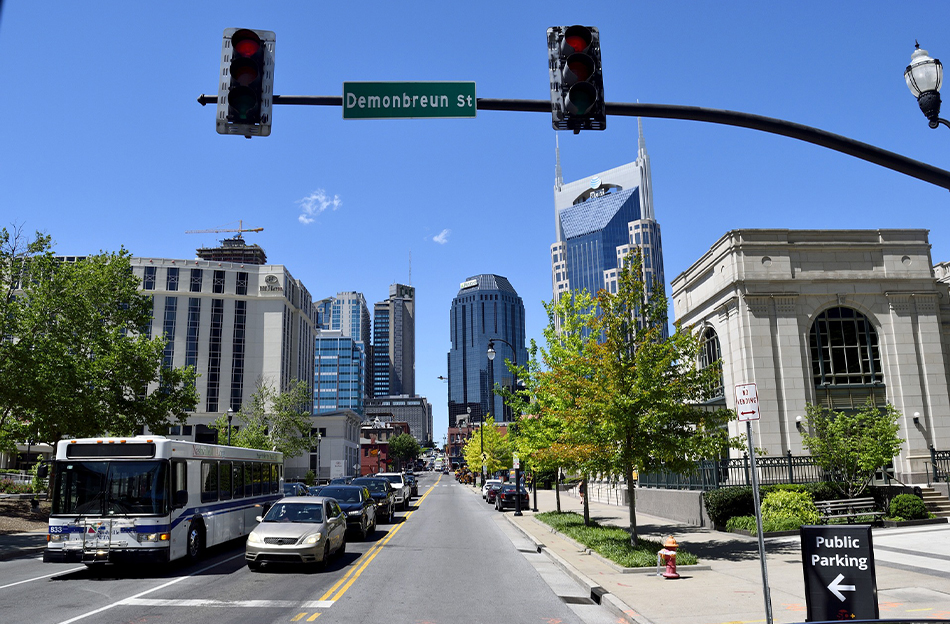 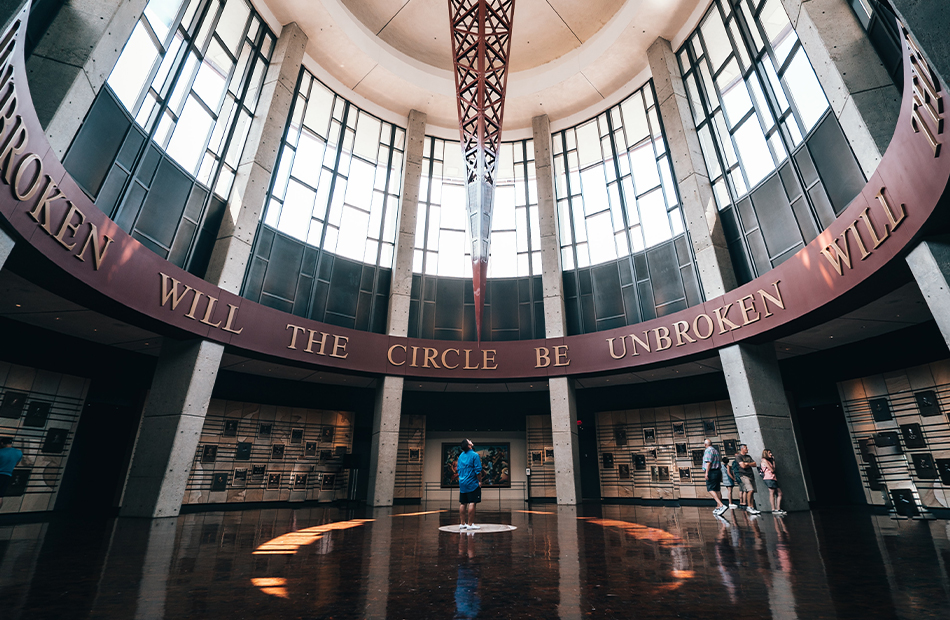 In the heart of downtown sits the Country Music Hall of Fame and Museum. The tall windows of this remarkable structure elegantly imitate piano keys.

A multi-media display featuring historical performances, costumes, instruments, gold records, and memorabilia may be found at the museum. A Cadillac once owned by Elvis Presley, a gigantic 40-foot guitar, a tour van, and a recording booth are among the other features. There are also guided tours of the neighboring historic RCA Studio B.

Take a self-guided tour of the museum with audio support from celebrities like Dolly Parton. To record your own country music song, go to a replica of a tour van.

The Grand Ole Opry's home from 1943 to 1974 was the Ryman Auditorium, which is still used to host broadcasts of the famed radio show. The Ryman, which first opened its doors in 1892 as the Union Gospel Tabernacle, now hosts regular performances of classical and bluegrass music, musical theater, and television events.

The Ryman is known as the "Carnegie Hall of the South," as it is located just off Honky Tonk Row and has a museum with displays about the city's rich musical history. There are both guided and self-directed tours available. In the Air Castle Studio, try your hand at making your own album. Backstage visits are offered, but they must be reserved in advance to avoid disappointment.

3. Make the Scene in Downtown Nashville 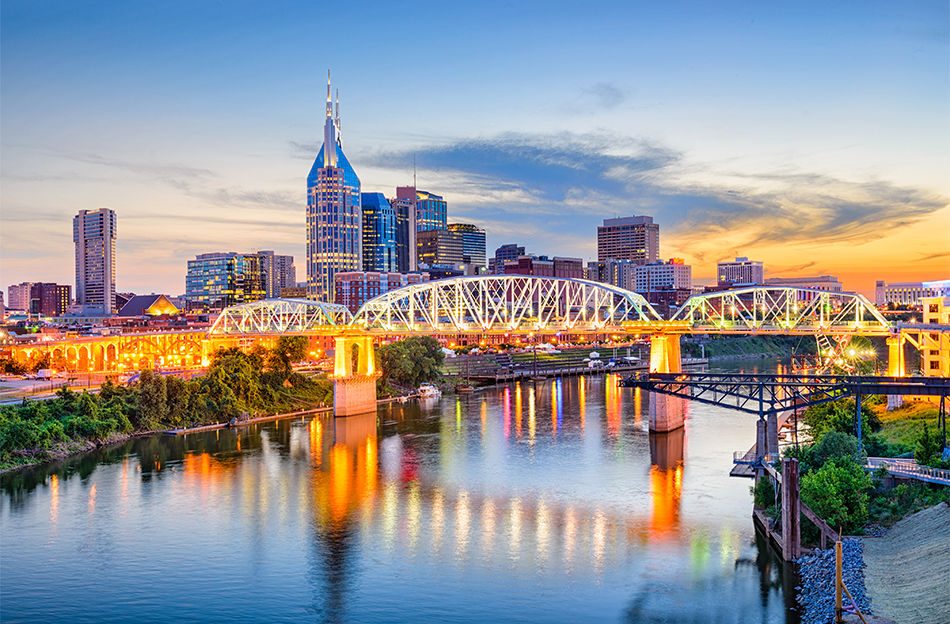 Every city has areas that have grown in popularity as tourist attractions. Manhattan's Midtown, Miami's Little Havana, and Nashville's Downtown are all located in the city of Nashville.

Downtown Nashville is home to the Ryman Auditorium, Honky Tonk Row, museums dedicated to well-known country music singers such as Johnny Cash and Patsy Cline, as well as the Country Music Hall of Fame and Museum. Broadway is the core of nightlife in this neon-lit zone, where live country music wafts out into the street.

While meandering around Downtown Nashville and viewing its modern tourist attractions, you are walking in the footsteps of the city's past. Evidence of the early settlers can be seen near the banks of the Cumberland River at Fort Nashborough. From the Pedestrian Bridge of John Seigenthaler, the views in Downtown Nashville include landmarks.

4. The Man in Black at Johnny Cash Museum

Johnny Cash, sometimes known as the "Man in Black," had a difficult existence that he overcame to win the Grammy Award 17 times and become one of country music's most beloved stars. In downtown Nashville, there is a museum dedicated to him.

The museum has handwritten lyrics for two of Cash's most famous songs, "Folsom Prison Blues" and "I Walk the Line," among other exhibits. Johnny Cash's clothes, instruments, letters, artwork, and songs are all on show. There's also a museum store where you can buy souvenirs, as well as a café next door where you can get everything you need to keep you going for another hour of museum viewing.

The Belle Meade Mansion was built in 1845 in the Greek-Revival style and is surrounded by the ruins of an antebellum plantation. Union and Confederate forces fought on the front lawn of the mansion during the two-day Civil War Battle of Nashville in 1864. The massive stone columns still bear the scars of gunfire.

There are guided tours available, including one that tells the history of the estate through the eyes of the slaves who were compelled to work and live here. At Belle Meade, you can participate in one of the culinary experiences or seasonal programs. The plantation's stables, gardens, and grounds are all worth seeing. If time permits, stop by the on-site Harding House Restaurant, which is a popular lunch and supper venue. The Belle Meade Historic Site is located nine kilometers from the city center.

Andrew Jackson, America's seventh president, lived at the Hermitage. The estate is one of Nashville's most beautiful sites. The Hermitage, which is 16 miles outside downtown, was erected in 1819 and restored 25 years later following a devastating fire.

Visitors to the Hermitage get a sense of what it was like for Jackson to reside here from 1837 until 1845. A museum with exhibits about Jackson's private and public lives is housed in the estate.

Take a tour of the property with a professional guide. Wagon rides and specialized events, such as ghost tours, are other entertaining pastimes. The grounds are well-kept and include Jackson's and his wife's gravesites. Visit the neighboring Tulip Grove Mansion, which was once the home of Emily and Andrew Jackson Donelson's family. 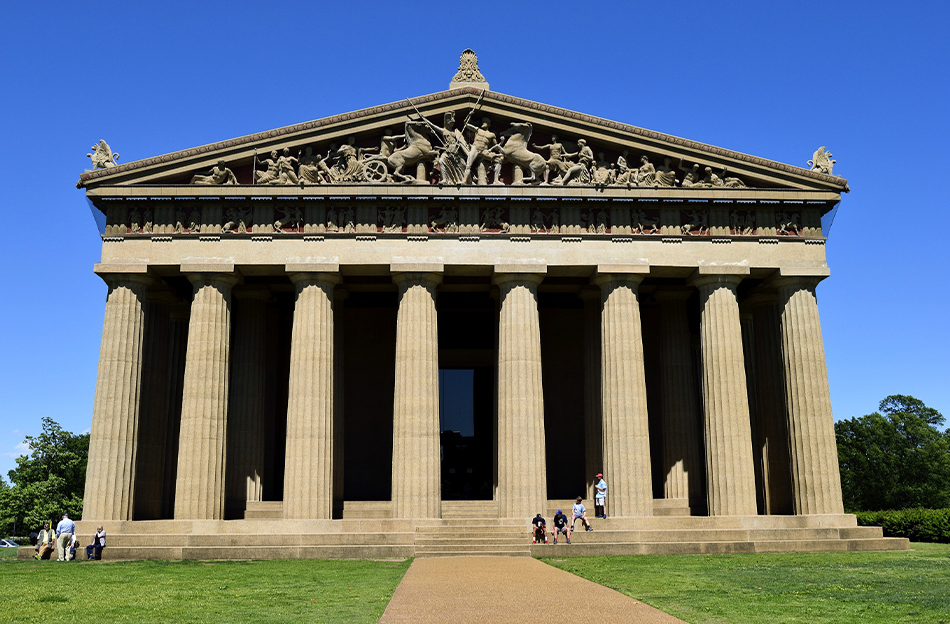 See the renowned landmark of Nashville, a replica of the Parthenon in Athens, if you're looking for one of the finest free things to do in Nashville. The original was made of wood in 1897 to mark the state's first century and is located in Centennial Park, a short walk west of the city center. Cement is used to construct the current full-scale reproduction of the original Greek temple.

The Parthenon houses a permanent art collection of 63 pieces by American painters from the 19th and 20th centuries. Admire the gold-leafed model of the goddess Athena Parthenos, which stands 42 feet tall. Replicas of the famous Parthenon Marbles from the 5th century BCE are also on show.

Music Row includes RCA Studio B, which is located near Music Square. The heart and soul of the country's music business is here, and RCA Studio B is its most well-protected historic site. Starting in 1957, the "house of 1,000 hits" thrived for roughly 15 years.

This studio is credited with giving rise to the distinctive "Nashville sound" that defined so many great hits in the 1950s and 1960s. While the studio closed in 1977, the location is now used as a training facility. The Country Music Hall of Fame and Museum, which owns RCA Studio B, organizes planned tours for visitors.

The Nashville Zoo is a fantastic place to take kids. Explore Africa's plains, South America's rainforests, and Asia's diverse wildlife. Clouded leopards, Baird tapirs, toucans, and Sumatran tigers are among the nearly 3,000 animals from 350 species on display. The animals at the Nashville Zoo live in habitats that are replicas of their natural habitats.

You can visit an aviary and be surrounded by more than 50 Australian parrots at Lorikeet Landing. Ride the Wild Animal Carousel and the Wilderness Express Train at the zoo. On the zoo's big Jungle Gym, where they slide, swing, climb, crawl, and explore, kids intuitively know what to do. The Soaring Eagle Zip Line will elevate your zoo experience to new heights.

The Belmont Mansion is Tennessee's largest antebellum home, dating from the 1850s. It is regarded as one of the most opulent residences in the United States. Several of the original décor and furnishings have been kept in many of the rooms. The residence is designed in the manner of an Italian villa, with lavish gardens and outbuildings. Permanent art shows are also available at Belmont.

The historic magnificence of Belmont Mansion is complemented by furnishings, paintings, and original statues by American artists as you enter. After a guided tour, you are free to wander around the mansion on your own.