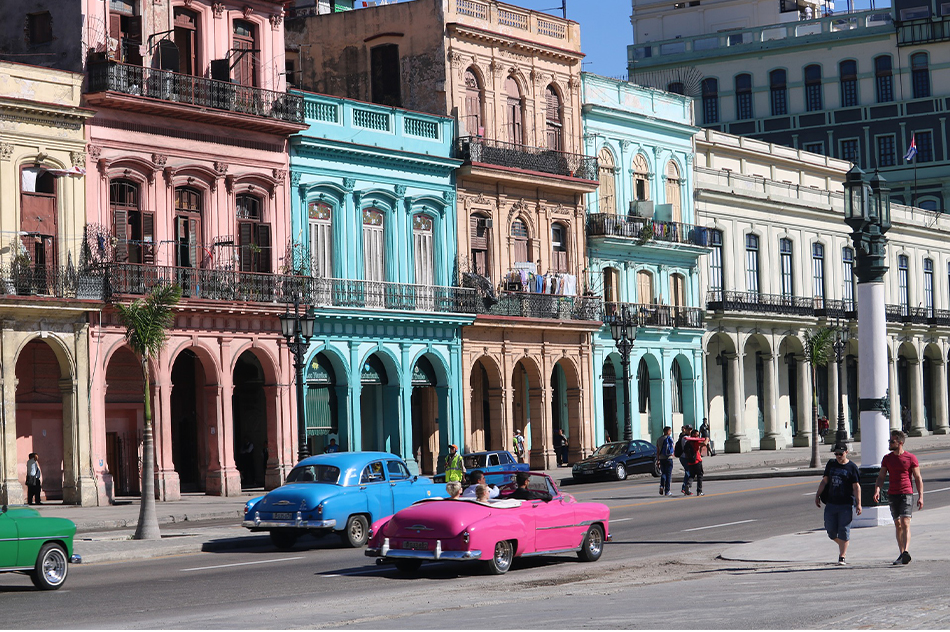 The little village of Maria la Gorda is located on Cuba's far western edge. Despite the lack of infrastructure and major tourist attractions, Maria la Gorda attracts a large number of visitors throughout the year. That's because Maria la Gorda is one of the Caribbean's best diving spots. Make your way to the area if you're a scuba diver and want to go on a guided trip out to sea. The marine life beneath the surface is abundant, and regular trips leave from the marina. Many guests choose an all-inclusive package that includes lodging, food, and diving. Snorkeling tours are also popular, albeit they are not as common as diving excursions. 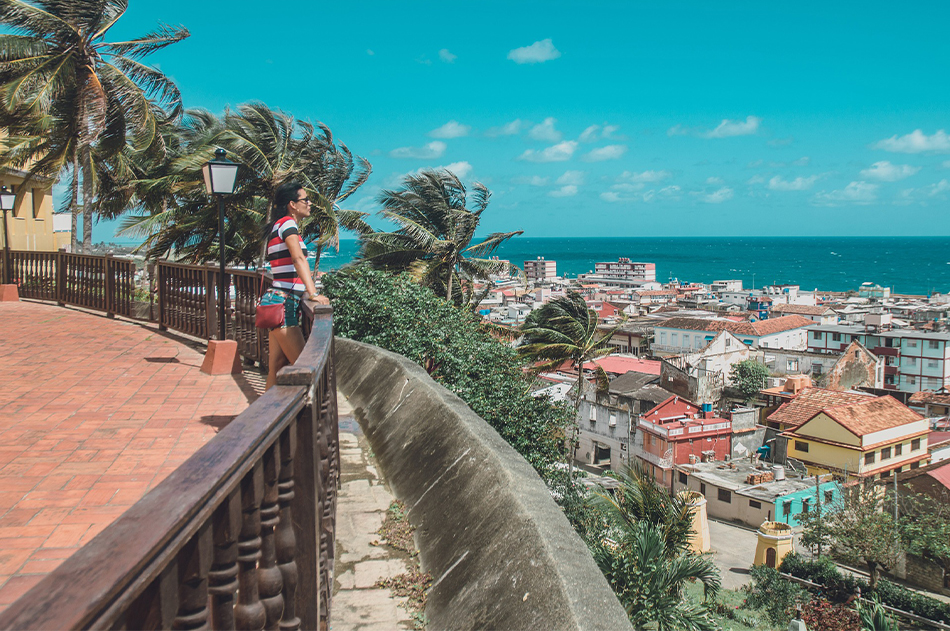 While Havana is the country's contemporary capital, it has not always been the epicenter of Cuban politics. Baracoa is sometimes referred to as the "Initial City" because it was the island's first capital. Baracoa was created by legendary explorer Diego Velazquez in the early 16th century and retains much of its colonial architecture. One example worth seeing is the Catedral de Nuestra Senora de la Asuncion. El Yunque, a peak overlooking the city where visitors may trek and discover the green, lush rainforest environment just 30 minutes from the beach, is also an excellent base for visiting Baracoa. 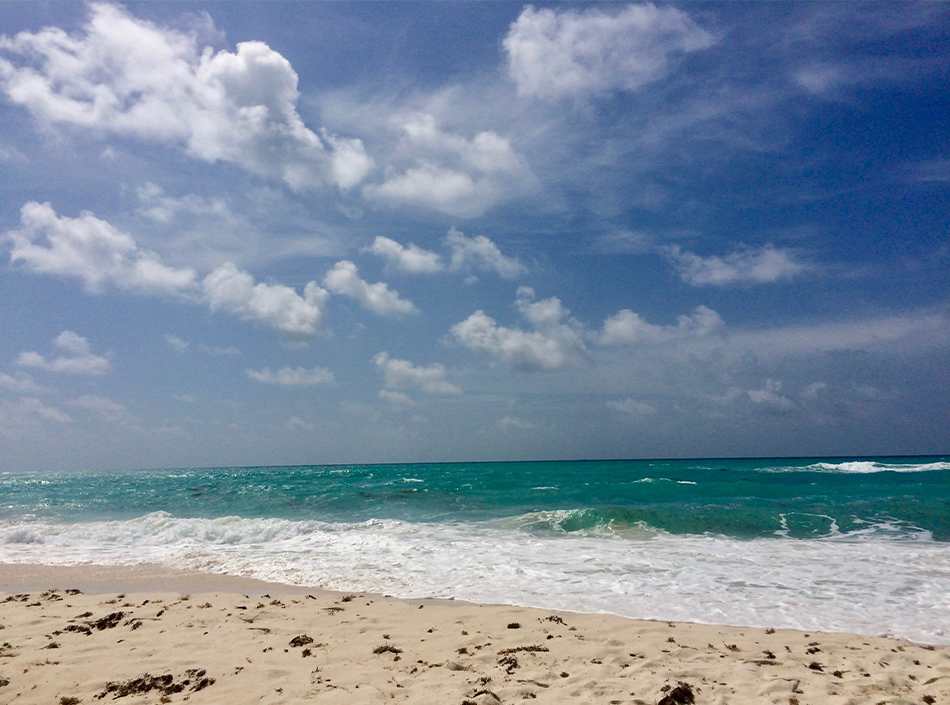 Cayo Largo del Sur, or simply Cayo Largo, is a small island located off the coast of Cuba. Cayo Largo, a resort-style island off the coast of Cuba, is a good place to travel if you want to find beautiful, uncrowded beaches. Playa Sirena, the island's largest and most popular beach, is the ideal place to relax and soak up the sun. Swimming, snorkeling, surfing, and kayaking are all popular activities on Cayo Largo. The Marina serves as a hub for the island, and it is also home to the intriguing sea turtle hatchery, which offers tours to visitors on a regular basis. 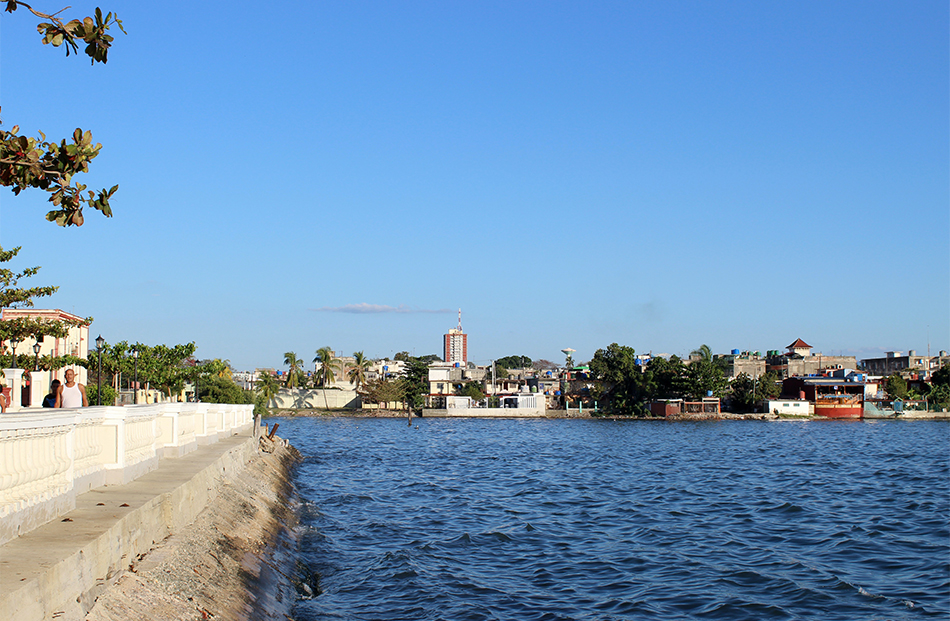 Cienfuegos is a Cuban city unlike any other on the island. It has a distinct atmosphere because it was founded by the French rather than the Spanish. La Perla del Sur, or the Pearl of the South, is the city's nickname. The peninsula of Punta Gorda is a must-see for anyone interested in mid-century modern architecture. Many 1950s residences remain, many of which have been meticulously preserved. Pueblo Nuevo is the heart of Cienfuegos, where you may visit the history museum, eat at an outdoor cafe, or take a Spanish or French language class. 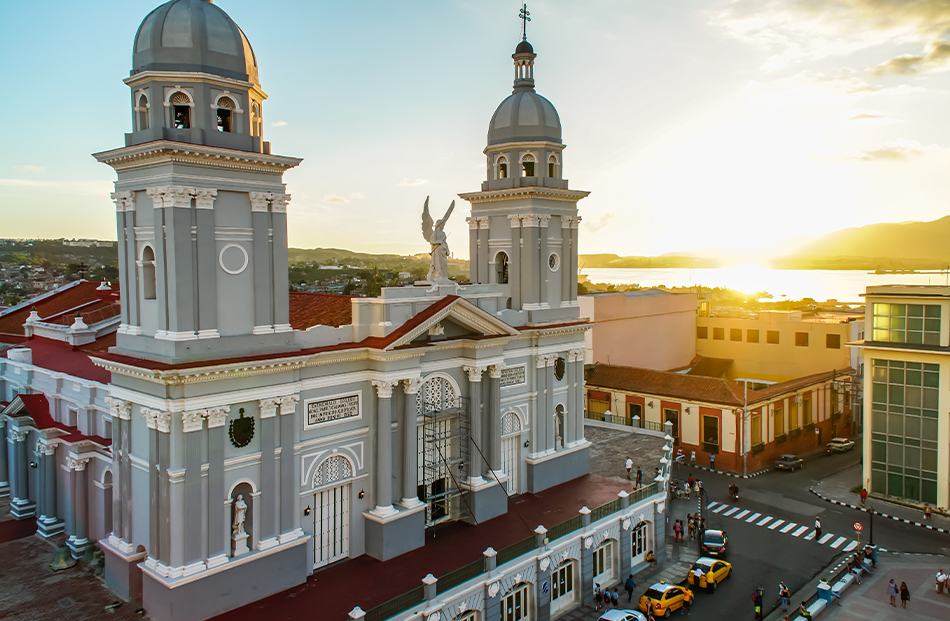 Santiago de Cuba is a coastal city in eastern Cuba famed for its colonial past. The Spanish founded Santiago de Cuba in the 16th century, and it is recognized as Cuba's Second City. The Parque Cespedes, a major square surrounded by old Spanish colonial monuments, is the city's beating heart. In more recent history, Fidel Castro famously pronounced the revolution a success in the square in 1959. You can also visit the Castillo de San Pedro de la Roca, a stronghold built in the 17th century that overlooks the bay. 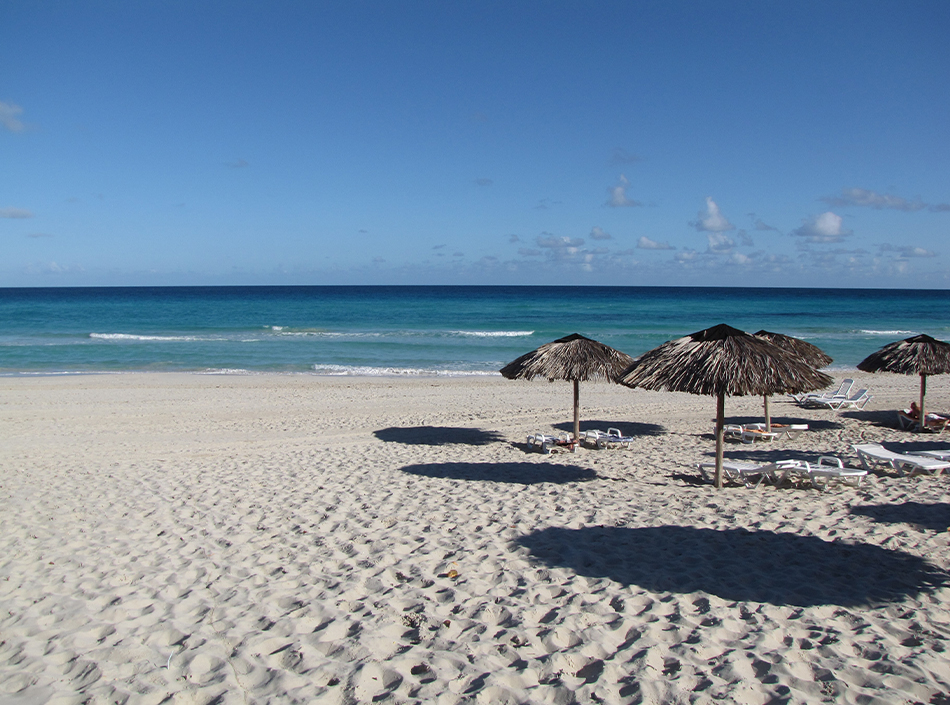 Varadero, a prominent beach resort town on the Hicacos Peninsula, is only a short drive from Havana. Views of the Atlantic Ocean may be had over several kilometers of shoreline, and the white sand beaches and mild waters are very breathtaking. Varadero is one of the best destinations to visit in Cuba because of its beautiful beach, but there is much more to see and do. Parque Josone is a beautiful park with floral gardens, lakes, wildlife, and bridges, as well as music, merchants, and even kid-friendly camel rides. The Bellamar Caves, a large cavern system that has been open to the public for over 150 years, are also worth visiting. 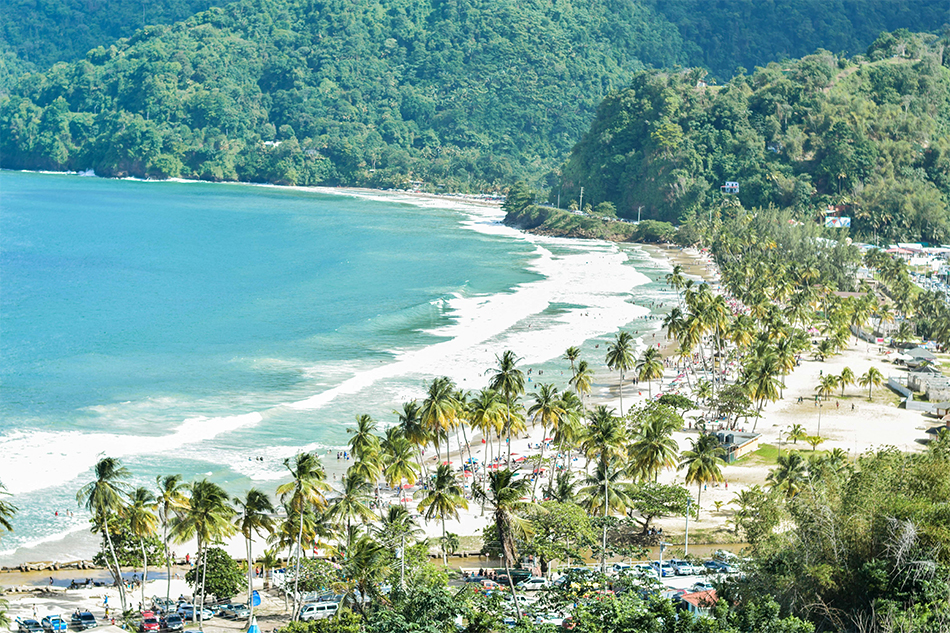 Trinidad is a fantastic spot to visit in Cuba if you are interested in history or architecture. Plaza Mayor, the principal square surrounded by neo-Baroque architecture, is the beating heart of Trinidad. A colonial convent next to the plaza today houses the Museum of the War Against the Bandits or the Lucha Contra Bandidos. After visiting the museum, take a short trek uphill away from Plaza Mayor to shop for handcrafted goods. Hand-sewn tablecloths and napkin linens are among the most popular goods for sale. The Palacio Brunet Mansion, which today functions as the Museo Romantico, is another stunning structure in Trinidad. Visit to see a great collection of antiques and artwork from the nineteenth century. 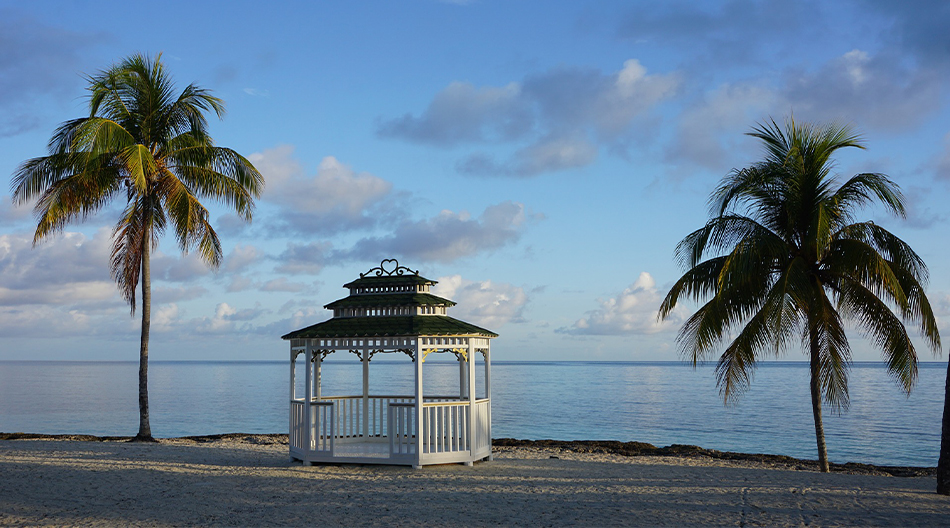 Guardalavaca, in the province of Holguin, is quieter and more distant than Varadero, with its glistening beaches. The broad length of the beach here is fringed by lush flora, providing lots of shady spots for anyone seeking relief from the tropical sun. Divers and snorkelers can explore the coral reefs for a variety of sea life. Jungle adventures, sailing expeditions, and sightseeing tours of Santiago de Cuba are all available as day outings from Guardalavaca.

Bahia de Naranjo is a long stretch of shore west of Guardalavaca that includes three islands, including Cayo Naranjo, which is home to the famed Dolphinarium, which enables up-close interactions with these sociable creatures. 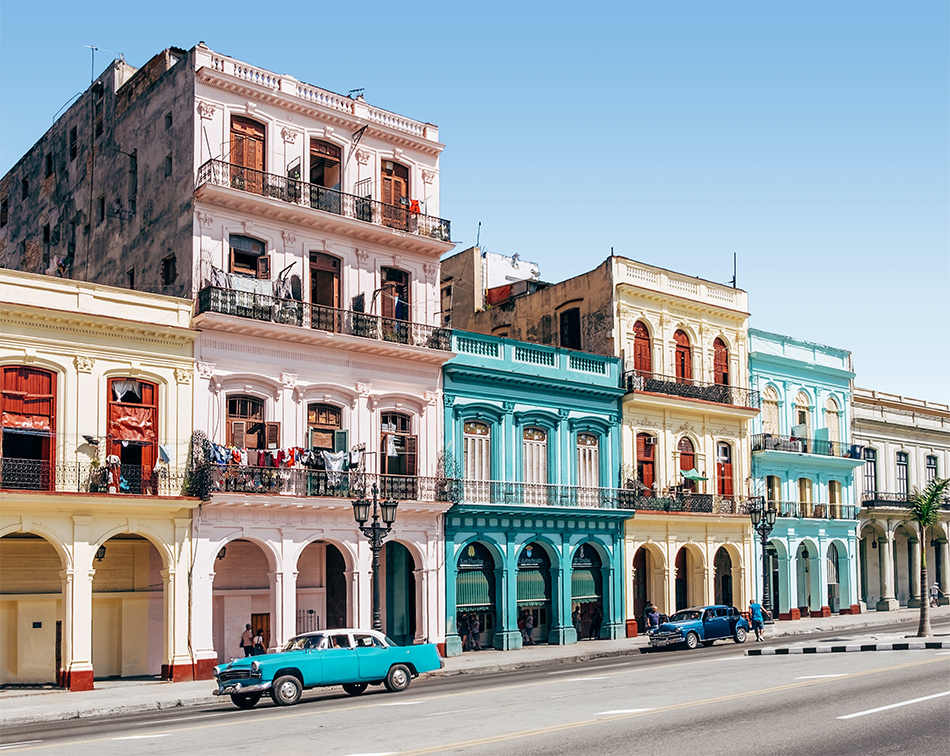 The city of Havana is the last but surely not least. Almost every traveler to Cuba will spend at least some time in Havana, which serves as the country's capital and primary transportation center. The outstanding nightlife of this smart, stylish, and cosmopolitan city is well-known, but the days are just as exciting.

Begin at La Habana Vieja, or Old Town, where fading colonial architecture coexists with colorful mid-century structures. Don't leave Havana without seeing a tiny factory roll cigars by hand or sampling some local rum straight from the distillery. Mix it up with the locals on Malecón, the seawall that runs parallel to the ocean and provides both sea vistas and entertainment.