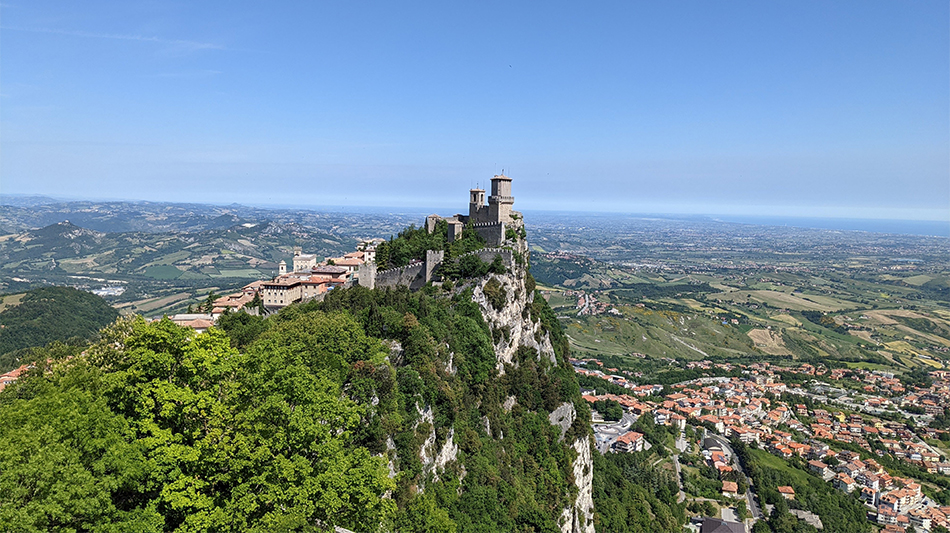 Rocca Guaita and Torre Cesta are two stronghold towers perched on a ridge near the peak of Mount Titano, and are perhaps the most well-known of all San Marino's attractions. Visitors can visit and tour the towers, the oldest of which, Rocca Guaita, dated from the 13th century, and are part of a set of three that appear on San Marino's official flag.

Torre Cesta includes a historic weaponry museum on site, and the two towers are frequently visited together. The views from the top of the towers are breathtaking, stretching all the way to the Dalmatian Coast and over the adjacent Apennines. There are food and drink stands, souvenir stalls, and tourist kiosks on top of Mount Titano and around the towers. 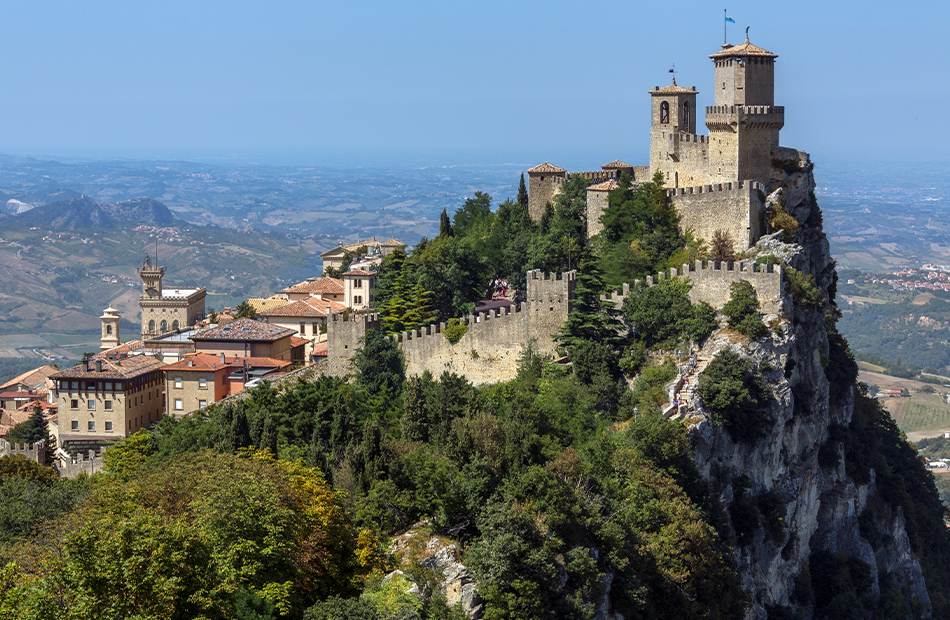 San Marino, whose capital city is also called San Marino, may be small, but that doesn't mean it lacks in terms of museum offerings, and anyone who enjoys strolling around an exhibition won't be disappointed. Apart from the National Museum, San Marino appears to specialize in eccentric museum topics, and with that in mind, there is a slew of specialty museums to visit on a trip here. One of these is the Museum of Torture, which houses a collection of torture instruments from various eras and is a bit horrific yet fascinating place to see. For those interested in the history of San Marino's currency and postage, there is even a coin and stamp museum.

The town of Faetano is one of the nine communes that make up San Marino's catelli, and it used to be part of Italy's Rimini until it became part of San Marino in the 15th century. Visitors come to Faetano to see the Church of San Paolo Apostolo and the picturesque town hall, which is located in a tranquil neighborhood of San Marino with a population of little over 1,000 people. Visitors can spend a relaxing day meandering through Faetano's narrow streets, soaking up the ambiance and sampling the local cuisine and wines.

Montegiardino is one of San Marino's nine communes and is most known for being a university town, the only one in the country, and home to the University of the Republic of San Marino. The town is sometimes referred to as the most beautiful in all of San Marino, and it exudes the easygoing and intellectual atmosphere associated with university towns around the world. Montegiardino, which is said to originate from the Roman period, is steeped in history, and you can spend a few hours here sampling the local cuisine and drink, including special flatbread sandwiches known as piadina, which are also famous in Italy's neighboring regions. 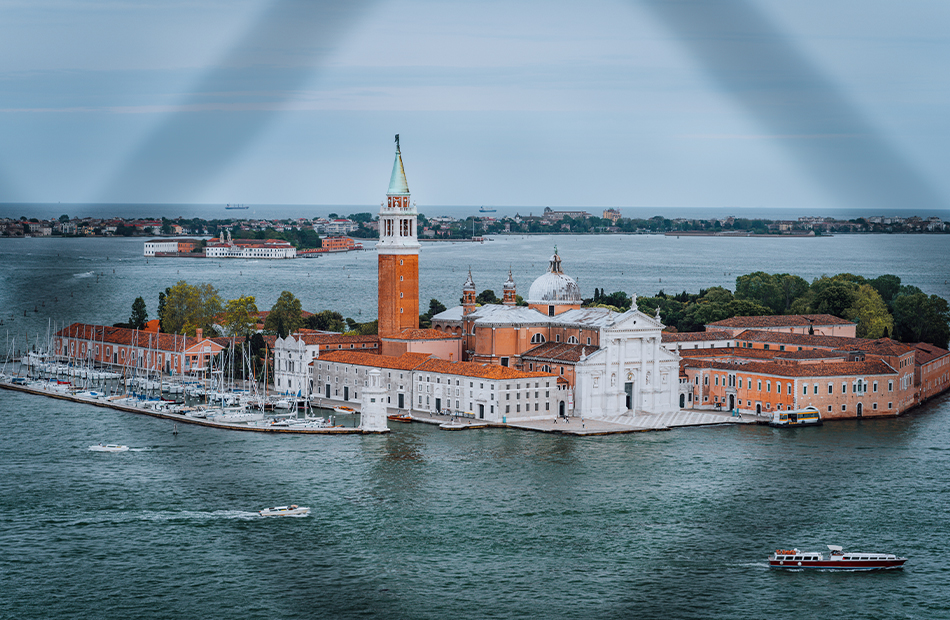 Borgo Maggiore began as a peaceful village and has evolved into a modern town that is one of San Marino's main residential neighborhoods. Borgo Maggiore is most known for its weekly street markets, which take place from early in the morning until roughly 2 p.m. every Thursday. The first markets in Borgo Maggiore (formerly known as Mercatale) are supposed to have taken place in the 13th century, so you'll be shopping in a town with a long and proud history if you visit here.

Cattle used to be sold at the markets, but nowadays you're more likely to find fresh local fruit, household goods, and regional arts and crafts. A funicular connects the settlement to the city of San Marino, allowing visitors to take in the stunning views of the state as they ascend.

Serravalle, one of San Marino's Castelli, is the state's largest municipality, located at the foot of the Apennine Mountains. The settlement dates from the Middle Ages, and it was once known as 'The Village of the Elm Trees.' Serravalle's attractions include the Serravalle Castle, which is depicted on the Castello's coat of arms, and Saint Andrea's Church, which was completed in the nineteenth century. Check out the Olympic Stadium, which is a misnomer because it is not truly connected to the Olympic Games, but rather the national stadium utilized primarily for football events.

Come to Piazza Della Liberta for a changing of the guard ceremony with the Guardie di Rocca, one of San Marino's most popular traditions. The Guardie are distinguished by their green uniforms and red pompom hats, and the guard is changed every hour on the hour during daylight hours during the summer months. After you've had your fill of this absorbing traditional spectacle, go down the single main street off Piazza Della Liberta, which is lined with restaurants, cafes, and beautiful stores selling local handicrafts such as San Marino's most famous things, duty-free products, and excellent pottery.

The National Museum, located at Palazzo Pergami Belluzzi, houses an eclectic collection of Neolithic artifacts, Roman artifacts, and even Egyptian and Byzantine historical works. The museum also houses a collection of artwork dating back to the 17th century, as well as early San Marino coinage. The National Museum houses approximately 5,000 superbly maintained and exhibited treasures that will take you on a journey through San Marino's and the region's history. Many significant Italian public figures, from politicians to artists to celebrities, have donated works to the museum throughout the years, and many of the works on show are the result of their gifts.

10. The restaurants of San Marino city

San Marino's cuisine is largely influenced by Italian flavors and ingredients, with a focus on pasta dishes, fresh local produce, and plenty of flowing wine, as one might anticipate. Faggioli con le cotiche, a type of bean and bacon soup suited for the warmer winter months, as well as Torta Tre Monti, a favorite Sammarinese dessert, are both distinctively Sammarinese. Many visitors come to San Marino for two well-known products: wine and local truffles, both of which are considered delicacies here. San Marino is known for having some of the top eateries in the entire state.