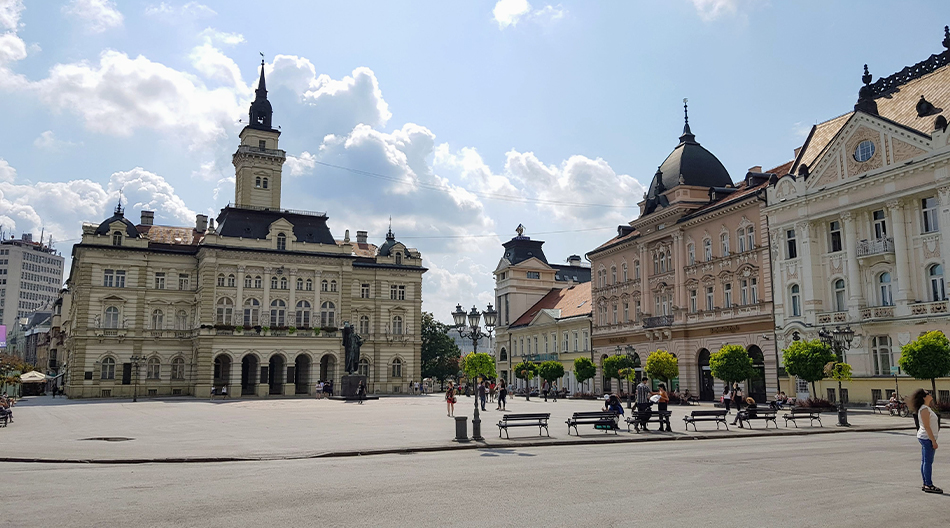 Niš, Serbia's third-largest city and a busy university town, is a convenient layover spot between Belgrade and Sofia or Skopje. It is one of Europe's and the Balkans' oldest cities, dating back to 279 BC. Constantine the Great, the city's founder, was born here, and his tomb may be seen in the city's center.

The ruins of a Turkish stronghold built in the 18th century can also be found in the city center. Skull Tower, made from the skulls of Serbians slaughtered by the Ottomans, is gruesome but fascinating to witness. Niška Banja, a spa in the southeast of the city, is known for its hot water springs, which are used to treat rheumatic illnesses.

Erosion is to blame for Devil's Town, one of Serbia's most beautiful rock formations, which acquired its name from the unusual rock patterns. The rocks are said to be members of a wedding party petrified by the devil, according to local folklore. Extremely acidic water, known as Djavolja Voda, or devil's water, also contributed to this geologic phenomenon.

Devil's Town, in southern Serbia, is made up of approximately 200 distinct rock formations that tower above the terrain, which is stretched out over two valleys on the Radan Mountain's slopes. The pillars are in the process of collapsing, allowing a place for new shapes to emerge.

The highest peak in Serbia, Kopaonik, was designated as a national park in 1981. The park is home to Serbia's major ski resort, which has 25 lifts and can handle 32,000 skiers per hour during the winter months of November to May.

In the summer, it's a fantastic spot to hike, with a diverse range of flora and fauna. The mountain is also recognized for its mineral wealth, having formerly been mined for gold, silver, iron, and zinc. Unique rock formations, many of which have names, as well as hot springs, geysers, and waterfalls, may all be found in the park.

Prizren may have been the capital of medieval Serbia at one point, but it is now a part of Kosovo with its own elected government, despite the fact that Serbia considers it an illegitimately divided province with a minority of Serbians. The medieval Prizren Fortress, which has been under Ottoman administration for four and a half centuries, is the main attraction here.

Prizren is a great place for strolling because everything is close together. In the city center, there are several churches, the most noteworthy of which is the Church of Our Lady of Ljovis, which is a wonderful example of medieval Serbian architecture.

Derdap National Park features four gorges that run 115 kilometers (72 miles) across the lowlands, similar to China's Three Gorges. One gorge, Gospodin vit, has one of the world's deepest rivers. Derdap gorge, often known as the Iron Gate since it is the southern gateway to the Carpathian Mountains, is formed by the confluence of these valleys.

The park is near the majestic riverfront Golubac fortification on the Danube River. The park, which is home to a diverse range of flora and fauna, is one of Serbia's most popular tourist destinations, thanks to a lake created by a hydroelectric plant.

The Studenica Monastery in central Serbia is full of surprises! The lovely green grass and two white marble cathedrals are just the beginning (Church of the King and Church of the Virgin). This 12th-century monastery is well recognized for its magnificent Byzantine frescoes, paintings, and other intricate decorations, which can be found in the monastery's many churches.

This is consistent with the monastery's status as Serbia's richest monastery and the mother of all Serbian Orthodox monasteries. On the grounds, Stefan Nemanja, the founder of Serbia and the monastery, is buried. 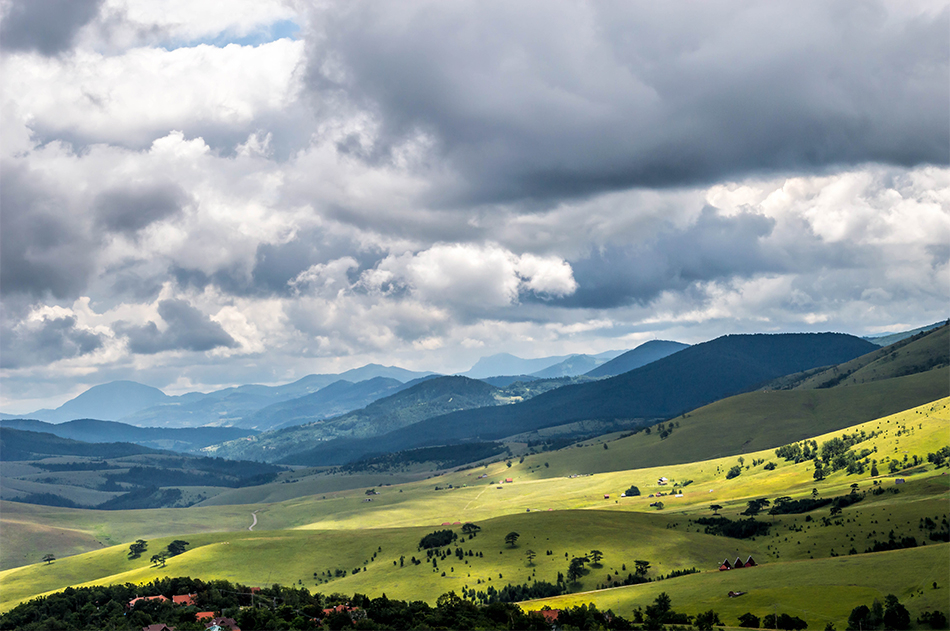 Zlatibor is a renowned tourist location in western Serbia's highlands. From skiing in the winter to hiking in the summer, it has everything you need to stay happy and healthy. Tornik, Zlatibor's tallest peak, has a ski resort with routes capable of handling 5,400 skiers per hour.

With huge meadows and charming old villages, the region is highly picturesque. Top attractions include antique wooden churches and an open-air museum with historic dwellings. Enjoy the flavors of Zlatiborian prsuta, dried meat, and slivovitz, a plum brandy, after a day of exploring the region. 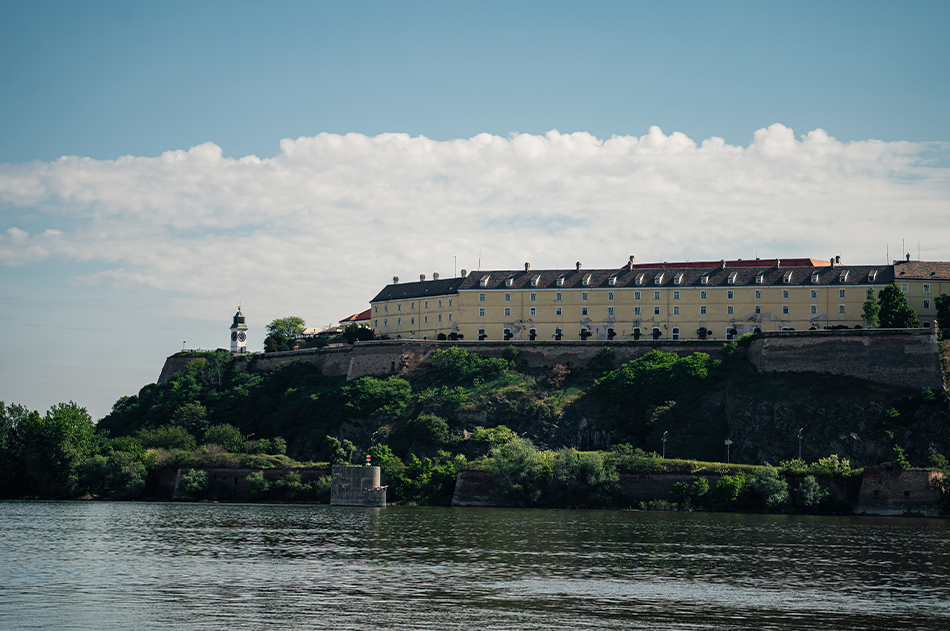 Novi Sad is a charming city on the Danube River's banks, with one of the river's best beaches. Serbia's second-largest city has a laid-back vibe, with people lounging in the various parks. It is a young city by European standards (it was formed in the late 17th century).

Perhaps its most famous event is the annual Exit music festival, which takes place in July at Petrovaradin, an ancient fortress that has never been conquered. The historic town hall, which is located on the main plaza; Dvorak Dundjerski, a well-preserved old castle; and Church of the Great Martyr St. George, a Serbian orthodox church, are all noteworthy structures. 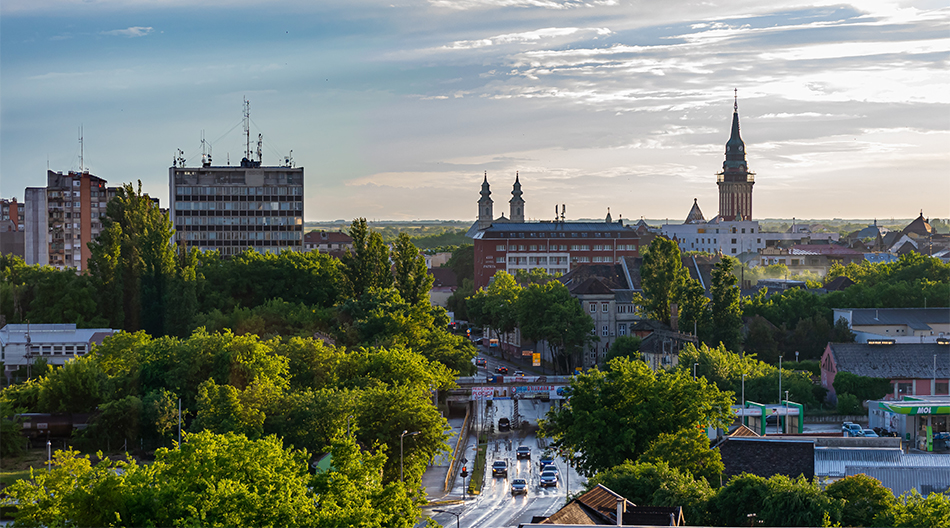 Subotica, Serbia's fifth-largest city, is one of the greatest places to visit in the country for at least two reasons: it boasts the country's highest Catholic population and the most art nouveau buildings.

The city hall and the synagogue, both erected in the early 1900s, are noteworthy. However, this city, which predates the Middle Ages, is also noted for its earlier structures, like as the 1797 Cathedral of St. Theresa of Avila. Cafes in the area surrounding the main square, which is home to the city hall and its blue fountain, are an excellent spot to unwind while viewing items from Buvljak, Europe's largest flea market. 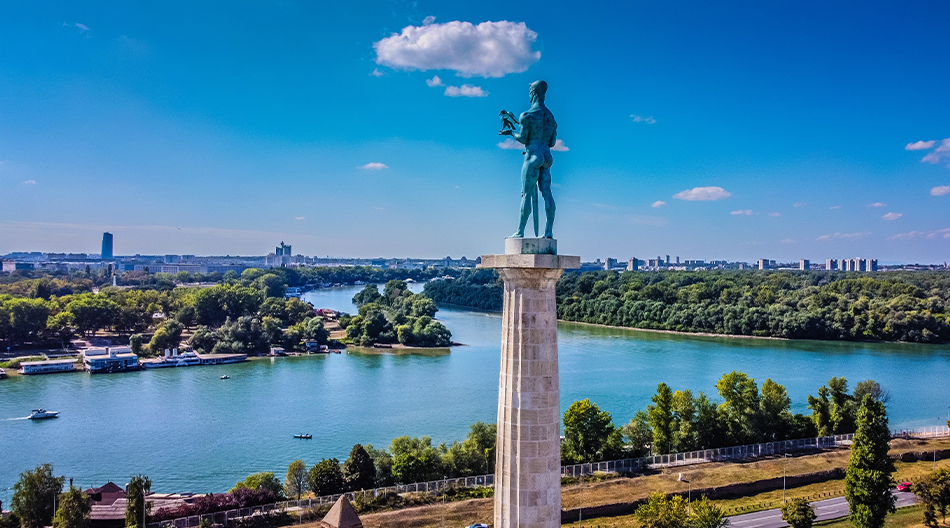 Belgrade, Serbia's capital and largest city, wasn't always this beautiful. Belgrade, which sits at the junction of the Danube and Sava rivers, has a tumultuous history, having been battled over in 115 battles and burnt 44 times. The city is now more tranquil, offering a variety of events such as book fairs, music, film, and beer festivals. The Belgrade Fortress, which houses museums and churches, is the city's most prominent historic site.

It's also a wonderful vantage point for seeing the city and the waterways. The National Museum, which houses over 400,000 exhibits, and the Nikola Tesla Museum, which houses thousands of the inventor's personal possessions and archives, are two of the best museums in the country.