Male, the capital of the Maldives atolls, has the frenzied feel of a place squeezed into a slot that's too small for it, throbbing with scooters and vehicles and Indian bazaars heaped with coconuts and spice. That's because it's true. The town is jammed onto a pint-sized islet in the North Male Atoll, despite being rarely visited (most guests bypass the city on seaplanes flying straight to their resort).

It does, however, manage to squeeze in some remarkable sights, such as the 17th-century Friday Mosque and the gold-tipped Islamic Centre, between its streets. Another must-see is the Male Market; just make sure you brush up on your haggling skills first. 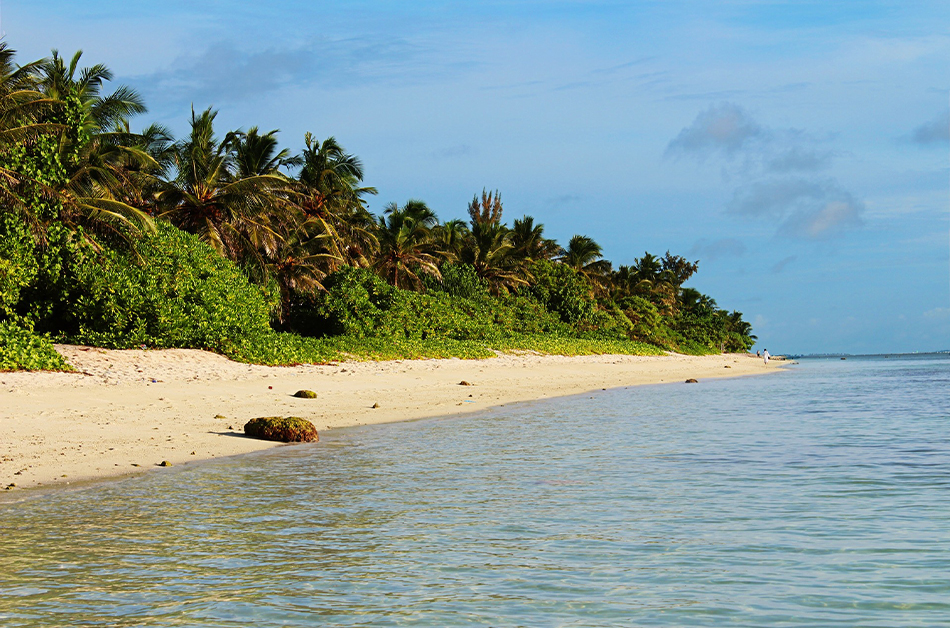 The island of Hulhumale, located just across the gorgeous waters from Male's capital, is forever expanding as additional land is reclaimed to house the city's sweeping urban tentacles. It's also home to the Velana International Airport, which serves as the principal entry point for most visitors to these idyllic islands. Don't be scared off by the sound of it all; Hulhumale is truly a lovely spot.

It has a beautiful – albeit man-made – beach on its eastern outskirts, as well as a slew of lush homes, a glass-topped mosque, and planned promenade walkways above the Indian Ocean. 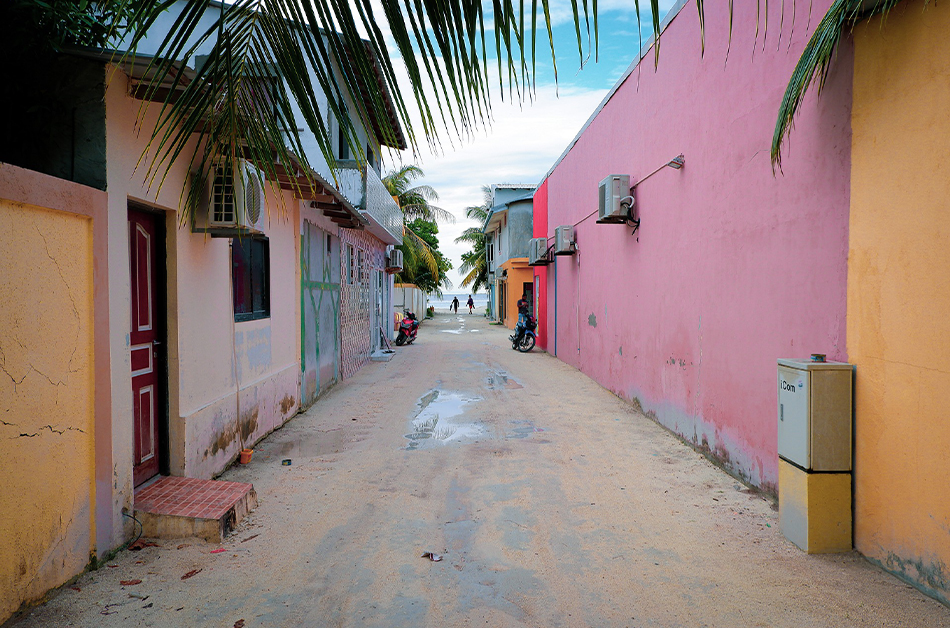 Maafushi may lack the enormous luxury resorts and luxurious 5-star hotels of its adjacent brothers, but it's not without charm. The area has been actively reconstructing its salt-washed fishing jetties and industrious sailor houses in the last decade, after being sadly decimated by the 2004 Indian Ocean Tsunami.

The availability of rights to local guesthouses has aided in the transformation of Maafushi into one of the best off-the-beaten-path island escapes for budget travelers. Beautiful beaches with palm trees, lapping waves, and a slew of cozy small coffee shops along the shore, of course.

The magnificent site of Utheemu, located on the far northern limits of the Haa Alif Atoll, which is the northernmost of all the Maldivian island chains, occupies a significant place in the history of this archipelago nation. It was previously the palace of the famous Sultan Mohamed Thakurufaanu, who is credited with driving Portuguese invaders from the islands in the late 16th century.

The traditional brilliant white dunes and lapping Indian Ocean waves are present, but heritage monuments such as the Utheemu Ganduvaru, a beautiful timber-built palace where the revered king grew up, stand out. 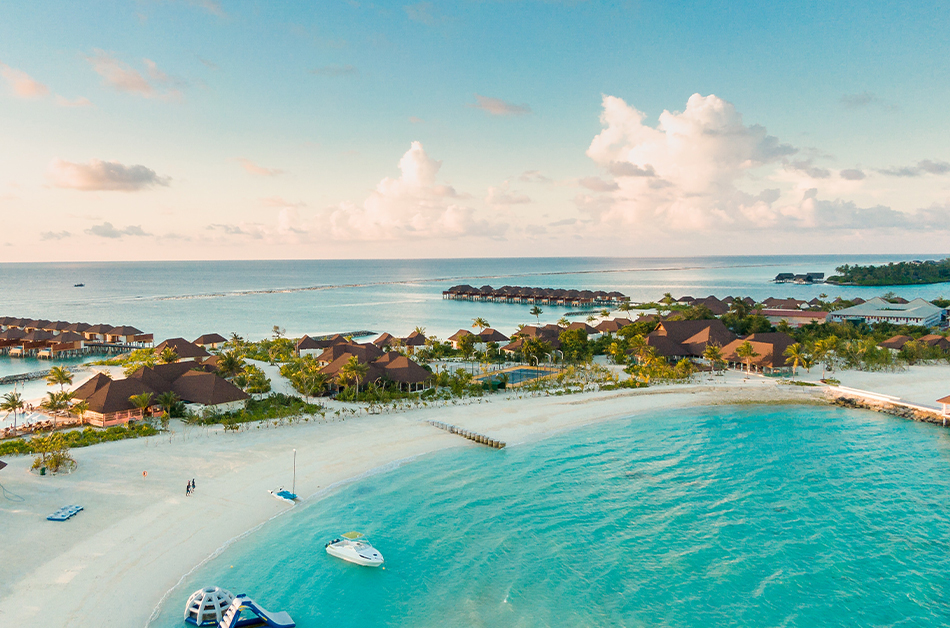 If you're looking for the Maldives' famed grandeur and romance, the magnificent resort on Kunfunadhoo Island is certain to provide - it's consistently acclaimed as the most luxurious place to stay in the country. The entrance is through a thatched timber great hall hidden among coconut palm groves.

Then it's off to the cocktail decks perched high above the jungle or the beaches, where candles flicker in the humid sea breeze. When you add in a couple of infinity pools, swim-up bars, and the opportunity to dine on a private sandbank with nothing but the Indian Ocean waves as a soundtrack, it's easy to see why this place is so popular!

Maradhoo is a major link in the island chain that begins with Gan to the east and is connected to it by a coastal causeway that runs just above the coral-fringed coastlines of the Seenu Atoll. It juts out into the Indian Ocean like a finger, surrounded by tiny beachfront and swaying coconut palm trees.

The people are as laid-back and wonderful as they are in Feydhoo, and the cuisine is spicy and rich in seafood. Take a stroll down Link Road and flit between the coffee shops and sandwich carts that line the street between the palm palms.

Welcome to the opulent Veligandu Island, which has long been hailed as one of the Maldives' most romantic places. On this long, thin finger of land on the western end of the North Ari Atoll, honeymooners and newlyweds are common, and there are plenty of magnificent coastal homes and suites to match.

Mangroves, marshes, and shrubland cover the island's southern edge, while the north side is densely filled with cafes, bakeries, and the occasional set of rising minarets that rise from the local mosques. Hithadhoo, above all, exudes a pleasant lived-in vibe that is difficult to find elsewhere in the resort-heavy region. 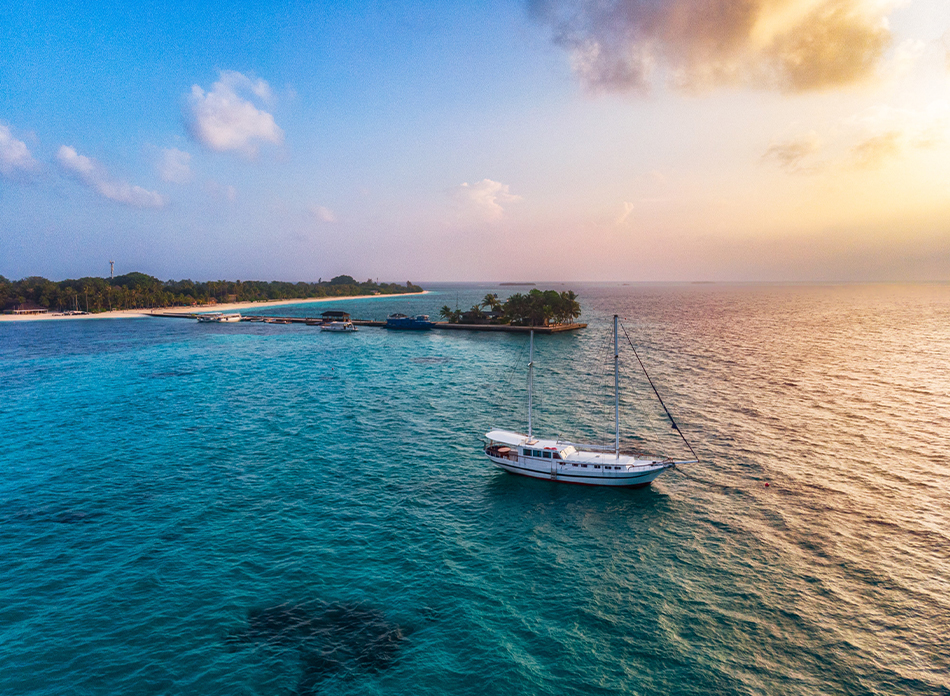 Kuredu is the self-proclaimed jewel of the Lhaviyani Atoll, which is located in the Maldivian archipelago's central-north regions. It's a boomerang-shaped island with a single resort that provides primitive bamboo shacks and rows of those ubiquitous over-water bungalows with verandahs above the waves.

Strong currents and heavy waves make it difficult to spot manta rays and tropical schools. The entire area is totally surrounded by its own fringe of powdery sand, and it is considered one of the most advanced SCUBA and snorkeling places in the country. Kuredu also has a full 9-hole golf course, which is unusual.

Gan is most known for its airport, which is the second-largest in the Maldives and a famous former airbase for the Royal Air Force of the United Kingdom during WWII. Today, the island has shifted its focus from military to tourist, and it is quickly becoming one of the most popular destinations in the Addu Atoll.

Gan has earthy little fishing restaurants and small lengths of dazzling beaches that are generally completely empty of people, so it's not only the accessibility (due to the airport) that pulls the masses. Nice.