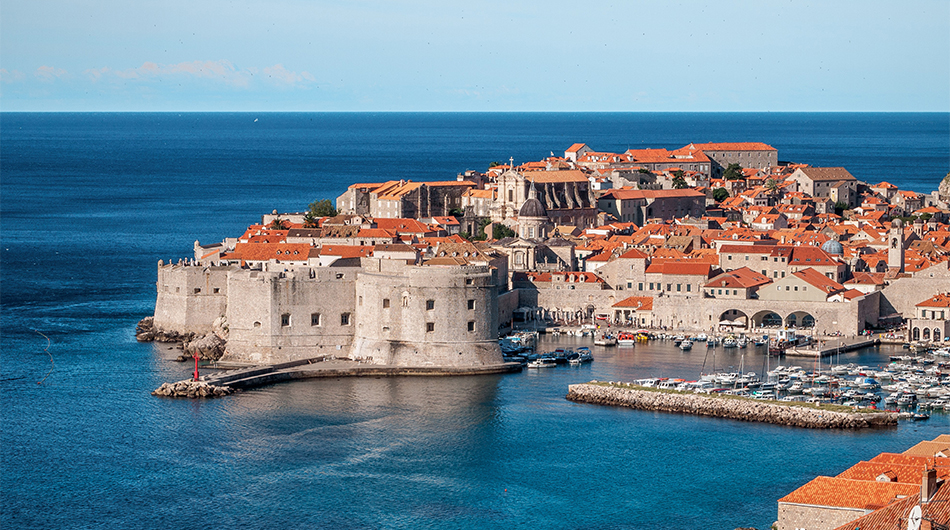 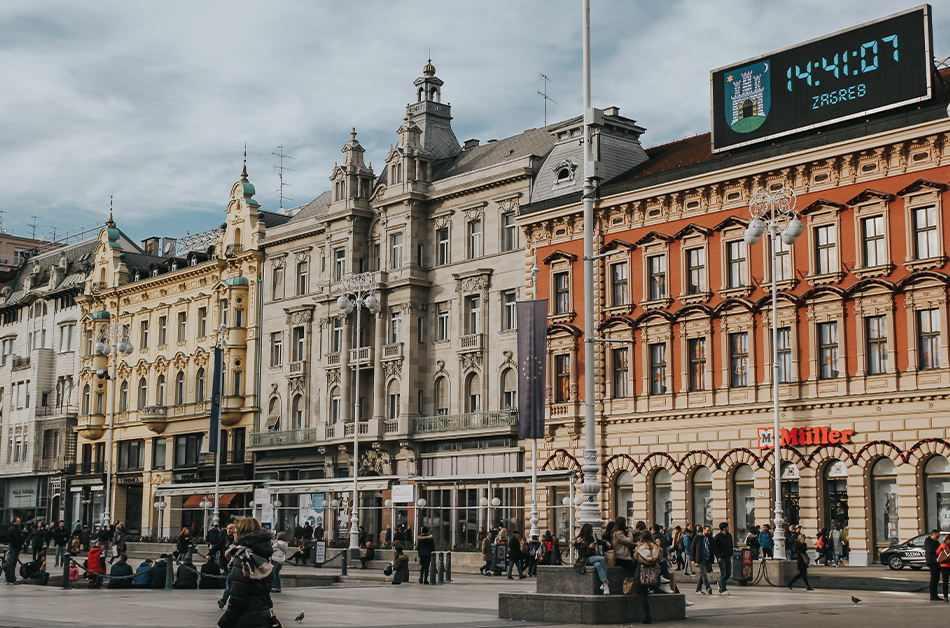 Zagreb is designed to be strolled through. Wander through the Upper Town, which is dotted with church spires, past the red roofs and cobblestones. After that, go to a cafe as the natives do. Zagreb's cafe culture is just one side of the city's thriving street life, which is fueled by a year-round calendar of events that bring music, pop-up markets, and food stalls to the city's parks and plazas. The core of the city vibrates with youthful energy even when there's nothing going on, so it's no wonder that Croatia's capital is now attracting the city-break crowd. 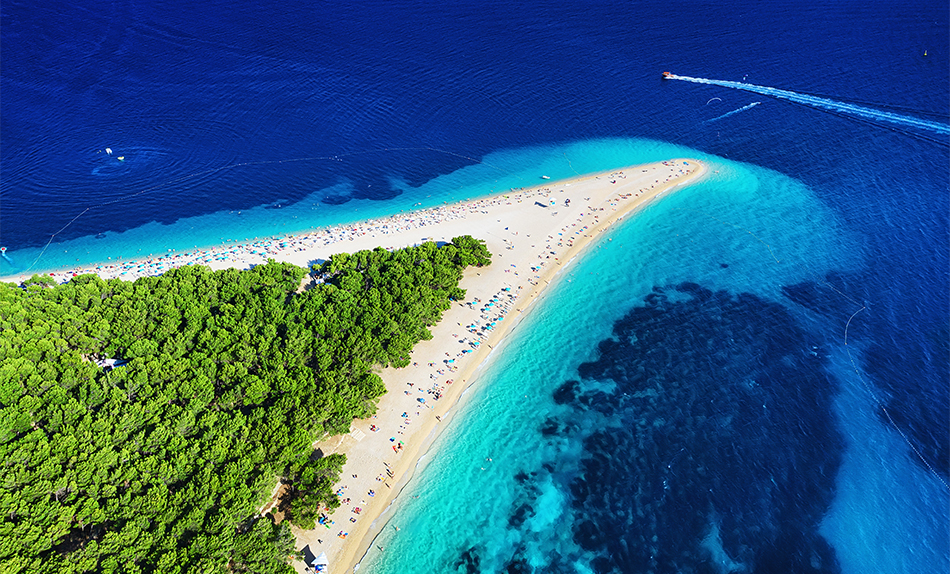 The famed Zlatni Rat beach, a spit of tiny golden pebbles projecting like a horn into the water, is located in Bol, on the southern shore of Bra Island. Windsurfers love this charming port town because the canal between the islands of Bra and Hvar affords ideal wind conditions, thanks to the maestral (strong, continuous westerly wind) that blows from April to October. Early in the morning, the wind picks up slowly, making it an ideal time for beginners to get out on the sea. The gusts are strong by early afternoon, which is ideal for anyone searching for a real adrenaline rush. 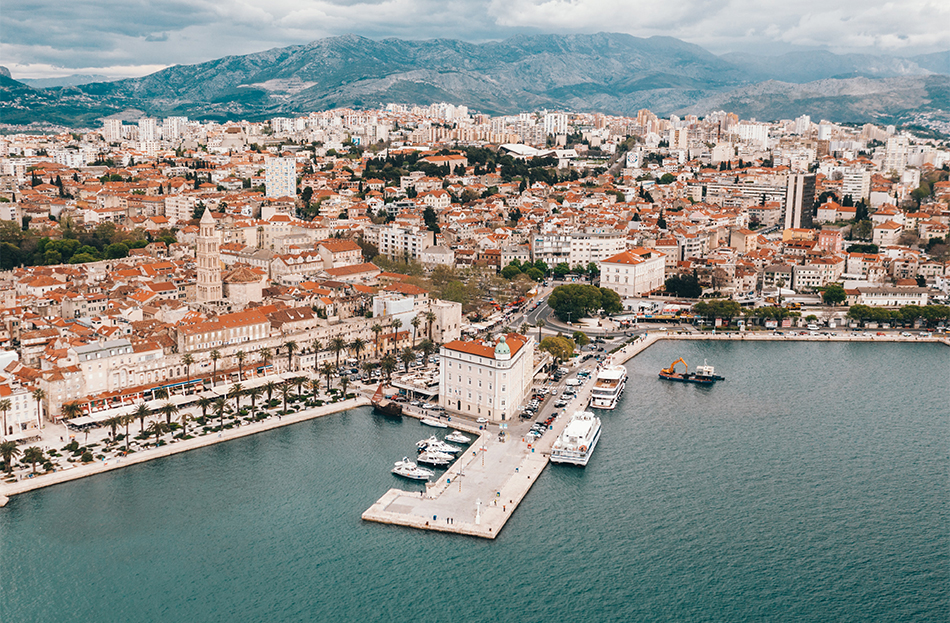 Split is deserving of its critical accolades. In Diocletian's Palace, one of the world's most spectacular Roman ruins, you may experience life as it has been for thousands of years. Bars, shops, and restaurants abound in the maze-like streets of Split's busy old town, which is the city's living heart and soul. One of Croatia's most enchanting sensations is getting lost in the labyrinth of little alleys, passageways, and courtyards - and it's small enough that you can always find your way out. Before you go, take a drink on the marble-paved, palm-fringed Riva near the water's edge to get away from the palace walls. 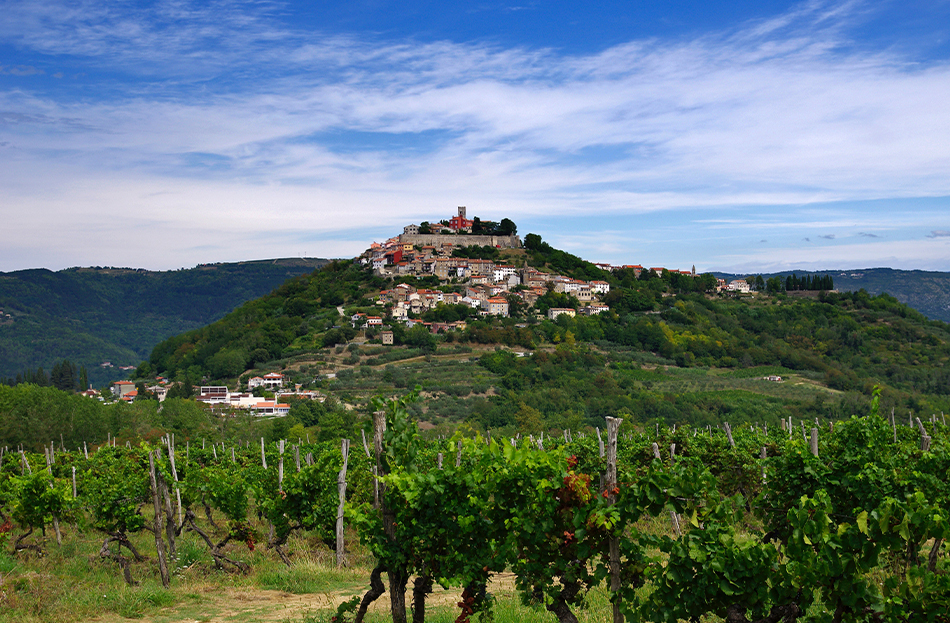 Motovun's approach is almost as interesting as the destination itself. This picture-perfect hilltop village rises from a forested valley that seemed to have escaped the effects of the twenty-first century. The steep approach to the outer gate of the even older walled town, where the last gate opens onto the town square, is lined with centuries-old homes. The fortifications' views, which include a beautiful expanse of green and undulating hills beyond, are practically unchanged from when they were built. Set out on a mission to find truffles, good wine, and even finer olive oil. 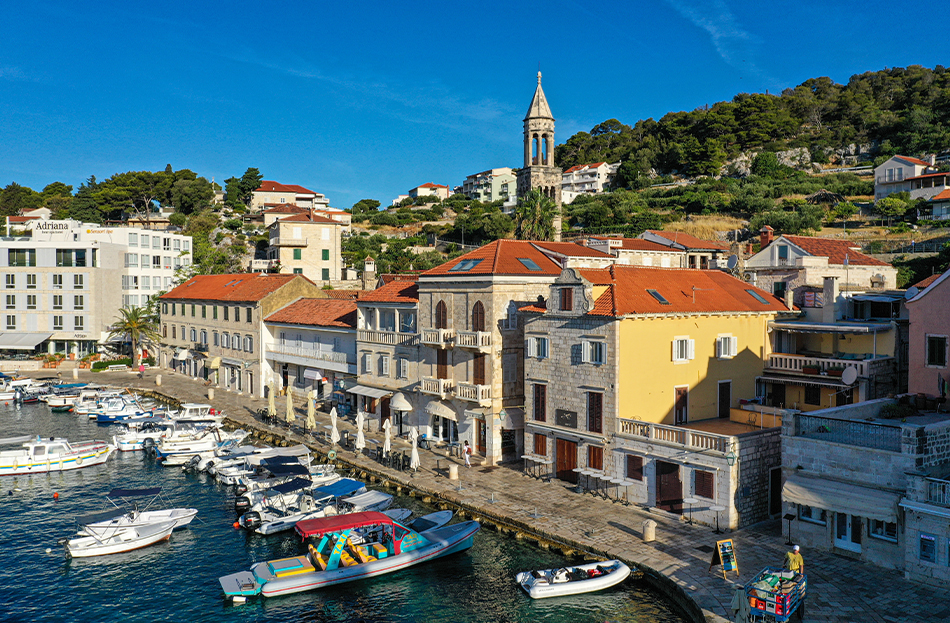 Many people come to Croatia to visit the beautiful Dalmatian islands, the most popular of which is Hvar. Some of the country's best hotels and seafood restaurants may be found in the trendy city of Hvar.

Its car-free Old Town is made up of a vast main square overlooking a 16th-century cathedral, a beautiful fishing harbor, and a hilltop fortification dating back to the years spent under Venetian authority (1420-1797).

Yachters and celebrities, as well as tourists who come to enjoy the beaches and water sports, flock to Hvar. It is accessible via ferry from Split. 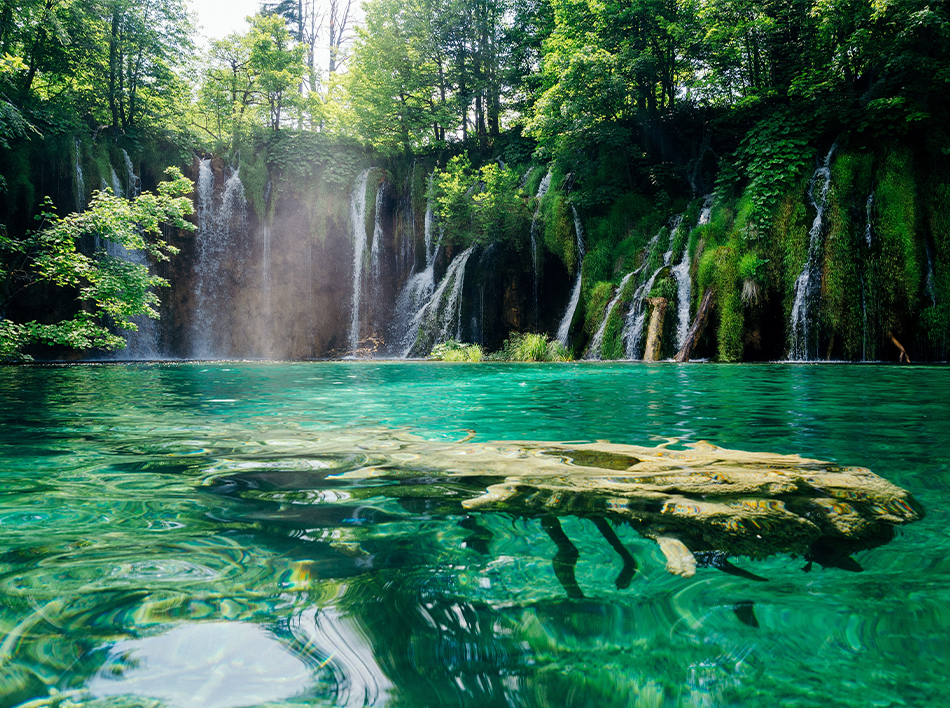 Plitvice Lakes National Park (Nacionalni park Plitvicka jezera) is Croatia's most popular inland destination, with steep forested hillsides around 16 emerald-blue lakes connected by a series of roaring waterfalls. The park (the country's first national park) is crisscrossed by a network of pathways and wooden bridges, and the entrance fee includes boat trips across the lakes.

The park is a haven for wild animals, including wolves and bears (though they are shy, so you are unlikely to encounter them), as well as owls, eagles, and falcons, thanks to the rich pure nature. If you want to spend the night, there are various motels around the park's boundary. Plitvice Lakes can be visited on organized sightseeing tours departing from Zagreb and Zadar.

7. The Pretty Town of Korcula 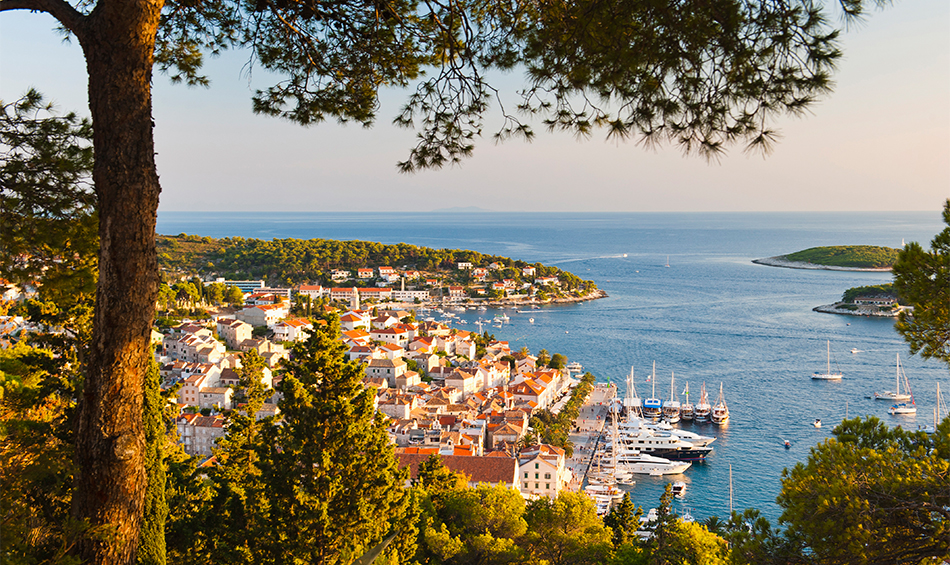 Korcula, the main settlement on the same-named island in South Dalmatia, is nestled snugly on a short peninsula. Its car-free stone alleyways are laid out in a herringbone pattern to provide shelter from the prevailing winds, and it is protected by medieval walls and towers. Korcula was created during the Venetian administration of the island and is full of centuries-old aristocratic stone houses.

The Marco Polo House, claimed to be the birthplace of the legendary 13th-century explorer, is a must-see, while catching a performance of the more ska sword dance, a traditional dance done for tourists just outside the town walls on summer evenings, is another. 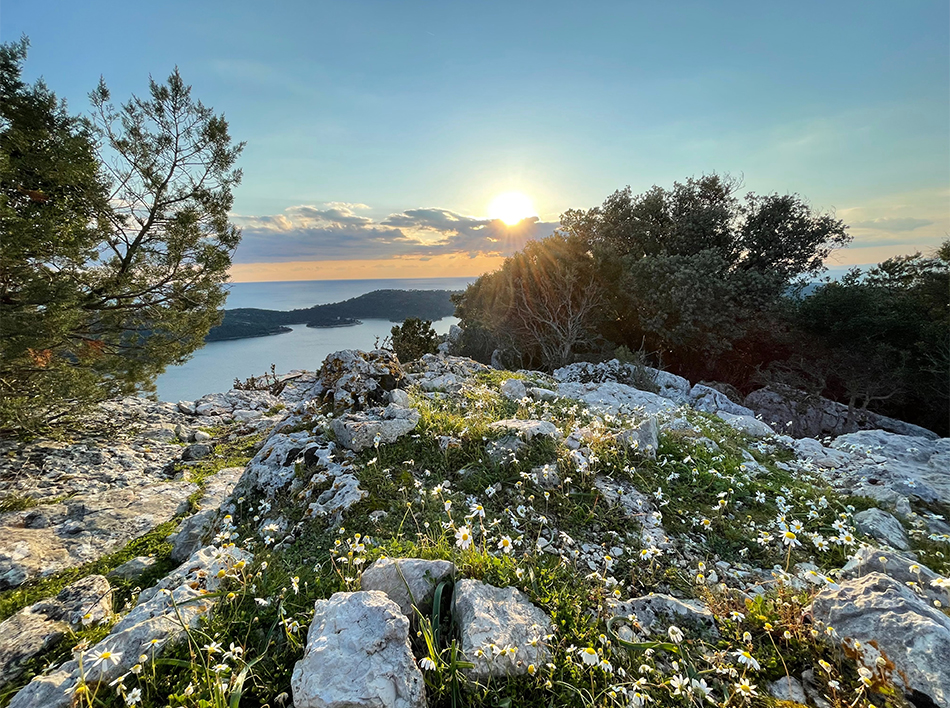 The island of Mljet's western portion has been declared as a national park. It is centered on two interconnected, blue saltwater lakes, one of which contains an islet topped by a 12th-century Benedictine monastery, which may be visited by a taxi boat.

The park, which is popular with nature enthusiasts, offers a variety of activities, including exploring the numerous routes that wind through the woods. There's also a nine-kilometer track that circles the lakes' perimeter, perfect for strolling or mountain riding. Swimming and hobbies such as kayaking are also popular in the area (kayaks can be rented to explore the lakes). 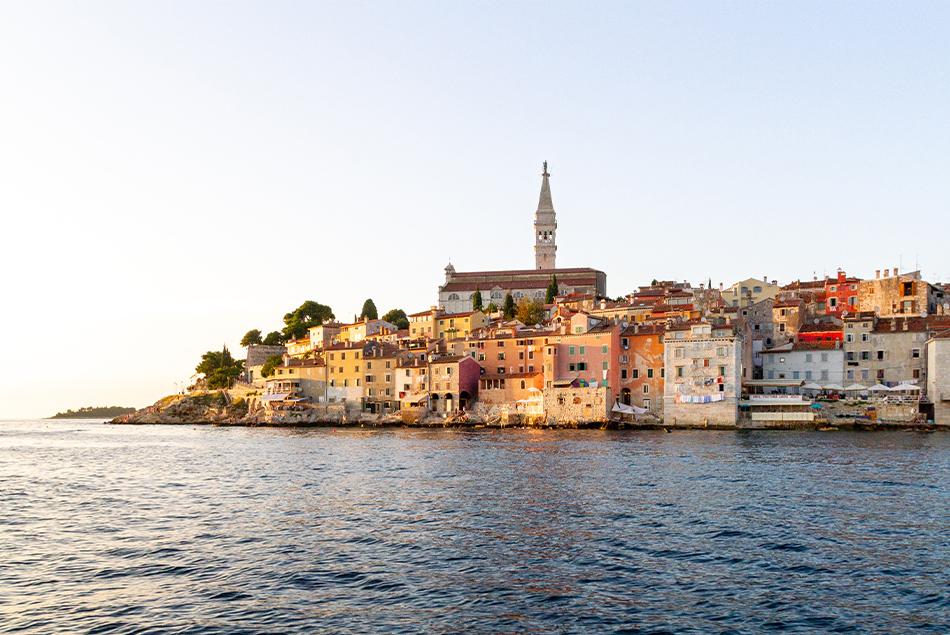 The Venetian-era beach town of Rovinj, located in northwest Croatia on the Istrian peninsula, is made up of pastel-colored buildings encircling a lovely fishing bay and presided over by a hilltop church with an impressive bell tower.

Aside from the neighboring pebble beaches, the Batana Eco-Museum on the seashore is the principal tourist attraction, telling the tale of the batana, a type of wooden boat used by local fishermen. There are also numerous high-end hotels, fine seafood restaurants, and art galleries to visit.

The residents speak a dialect that is a combination of Croatian and Italian. Pula has the closest airport.