Hokkaido in northeast Japan has its vast land and European and American pastoral scenery, famous for food, snow, sightseeing farms, hot springs, and nature reserves; Kyushu in the southwest corner has a pleasant subtropical climate and rich volcanic resources, also known for food and hot springs. With the opening of Lian Hang, the once unknown four countries have been gradually recognized by travelers. The ancient hot spring hotel, the creative holy land of new artists, and the traditional romantic customs have become a refuge for many artistic youths. If you like the sea, the Okinawa Islands next to Kyushu are a seaside resort for diving and whale watching, known as Little Hawaii. These places are becoming increasingly popular as Japan is heating up. 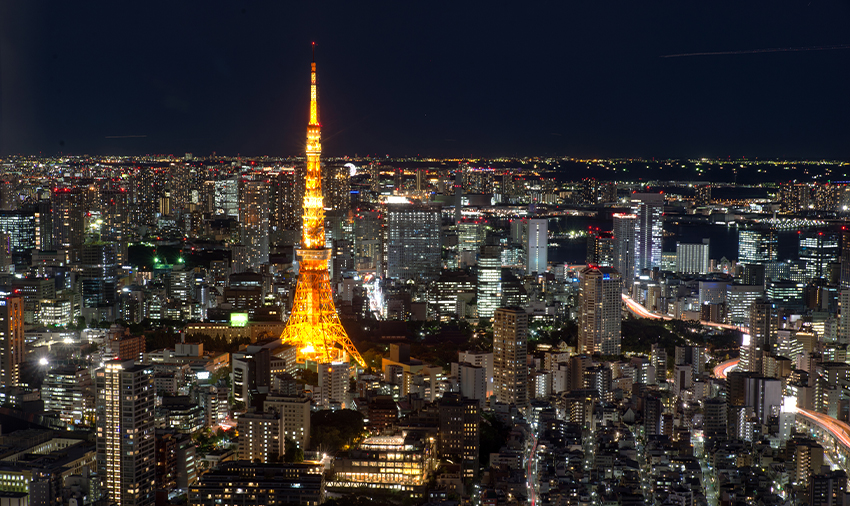 Tokyo, located in the heart of the world's most populous region, has a population of just under forty million people. As a result, there is truly something for everyone. The city's dazzling array of neon-lit skyscrapers, which appear as if from a sci-fi film, are mesmerizing to behold – at night, they look even more impressive.

While Tokyo is undeniably a modern, thriving city that sells a distinct pop culture and fashion sense to the rest of the world, remnants of the city's historic past can still be found. You can stroll down cobblestone alleys in peace and find old-style atmospheric bars and food stands. In fact, the city has more Michelin-starred restaurants than any other city in the world, and the food is exquisite. 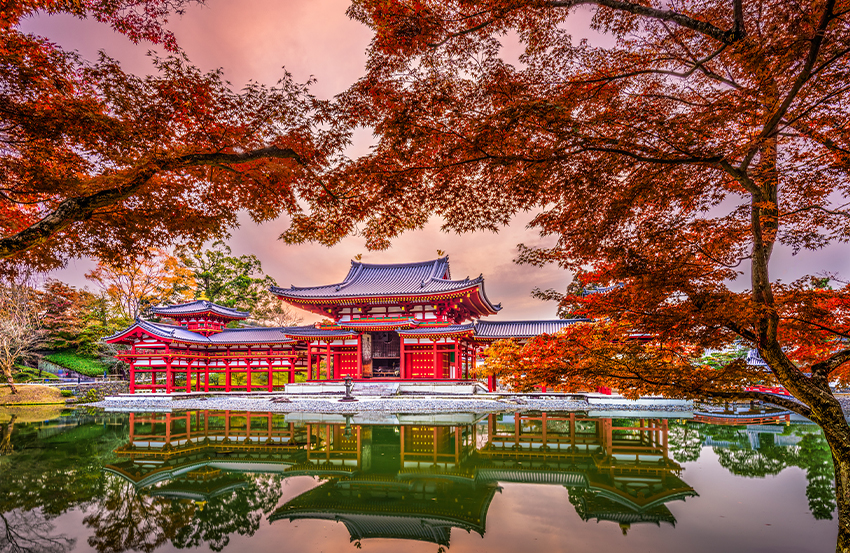 The former capital of Japan is steeped in history and widely regarded as the country's most beautiful city. However, many visitors are taken aback by Kyoto's urban sprawl, which conceals its fantastic historical sites and rich cultural heritage. Kyoto is Japan's spiritual and cultural capital, with over two thousand temples and shrines, as well as numerous Zen gardens, winding cobblestone alleys, and traditional teahouses.

The city is home to a plethora of cool bars, atmospheric cafes, and world-class restaurants, as well as some fantastic palaces and villas for visitors to admire. Kyoto is an amazing mix of modern and traditional influences and is one of the best places to see romantic cherry blossom trees. 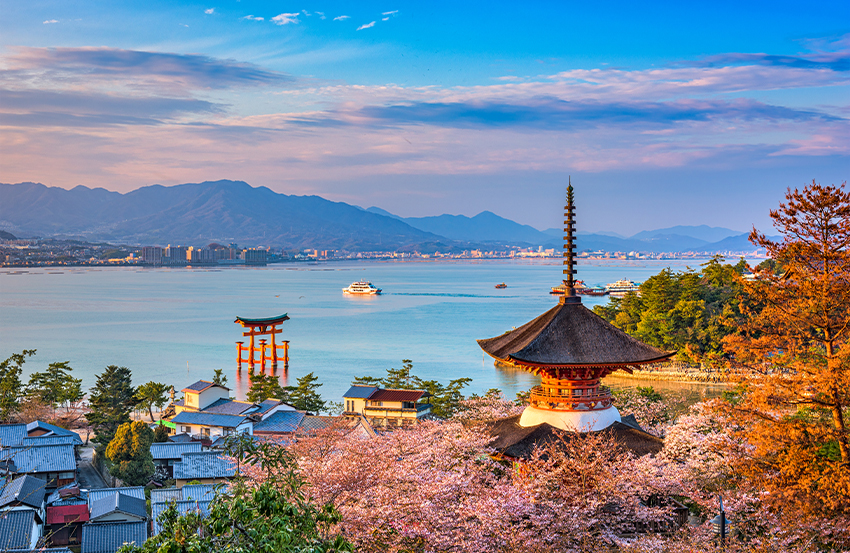 Hiroshima, located in western Honshu, will be forever linked to the atomic bomb that destroyed the city on August 6, 1945. Hiroshima, which was almost completely destroyed, has been miraculously rebuilt and is now a bustling modern city full of life.

While many visitors come to pay their respects at the Peace Memorial Park and Museum and to see the chilling A-Bomb Dome ruins, the city also has many other attractions to offer. It also serves as a gateway to some stunning nearby islands, including the world-famous Miyajima (shrine island). 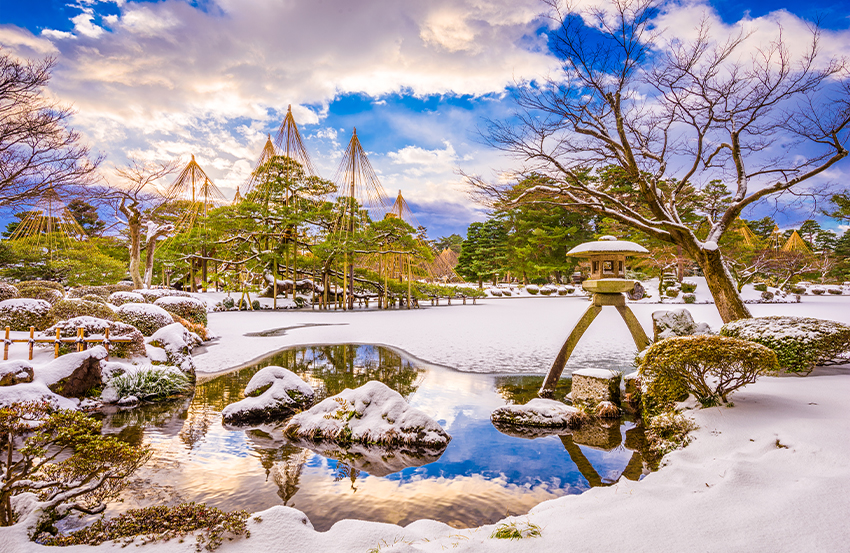 This charming city on the Sea of Japan is not to be missed, with beautiful temples, ancient shrines, and a variety of fantastic museums. Its ancient neighborhoods, which have been beautifully preserved, are a joy to explore, especially the old geisha and samurai districts. In fact, Kanazawa rivals Kyoto in terms of the number of historical and cultural attractions on display.

Japanese tourists flock to this city, despite the fact that it is rarely visited by westerners. The highlight is undoubtedly Kenroku-en, an impressive castle surrounded by idyllic gardens. 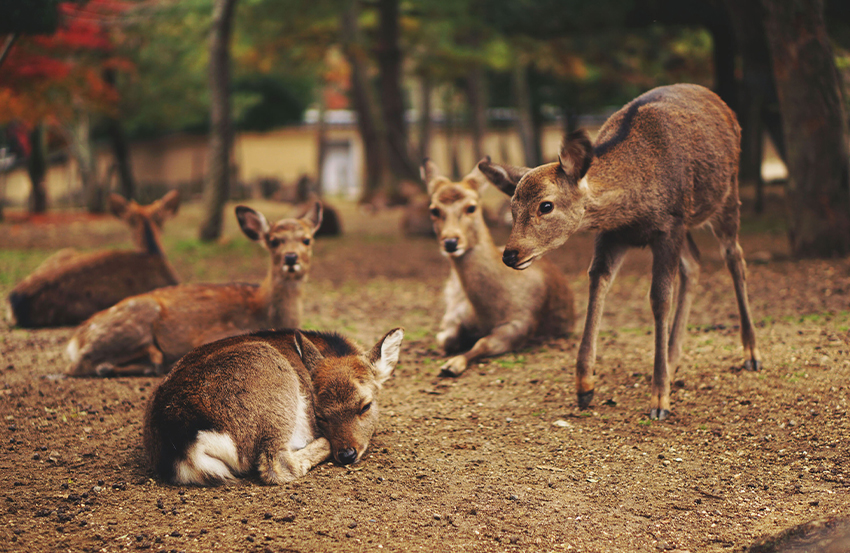 This ancient former capital, considered the birthplace of Japanese civilization, has a plethora of historic sites for visitors to enjoy. The city's undeniable highlight is the impressive Great Buddha statue, which is housed in the lovely Todai-Ji temple and is easily explored on foot.

Other temples delight in displaying the best of Japanese art and architecture, and the surrounding hills – which add to Nara's picturesque nature – have even more shrines and temples worth visiting. 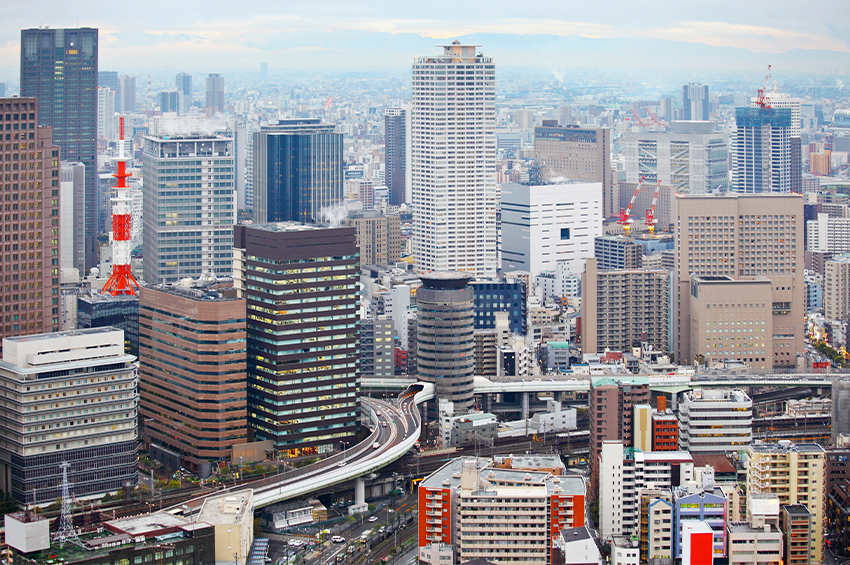 Although the endless concrete buildings do not make Osaka a particularly attractive city, the abundance of neon lights adds color and life to the city. Osaka is a fun place to visit with a lively local arts and music scene. It is a bustling metropolis with a lovely river meandering through its heart.

You can dine in excellent restaurants or pick up a wide variety of great street food in this city, which is known for its fantastic culinary scene and love of food. 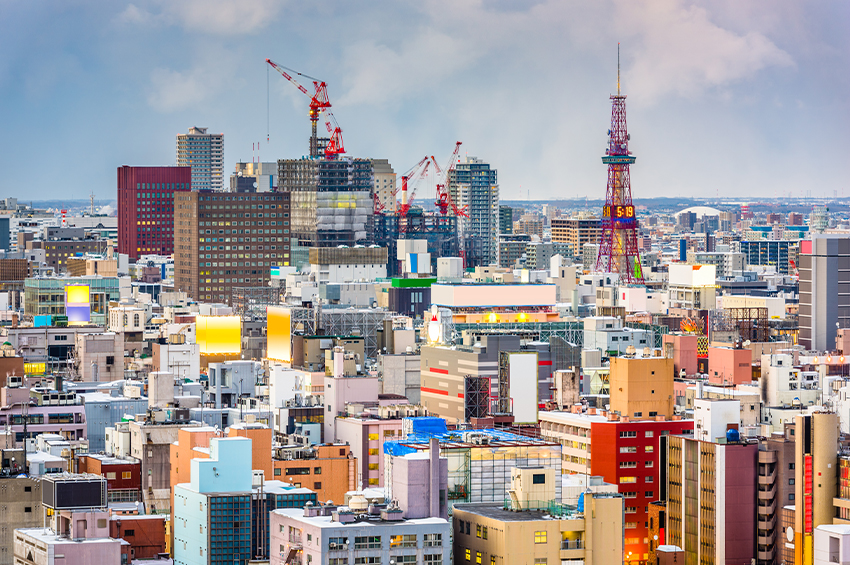 Sapporo, the capital city of the island of Hokkaido, is a laid-back city with all the trappings of a typical Japanese city. While most visitors see it as a stopover on their way to the island's beautiful mountains and hot springs, the city itself has more than enough to keep visitors entertained for a while, with fantastic restaurants, massive shopping malls, and a lively nightlife.

While many people visit during the summer when Sapporo hosts a number of great festivals, the highlight of the year is during the renowned Snow Festival when hordes of tourists descend on the city to see the incredible sculptures. 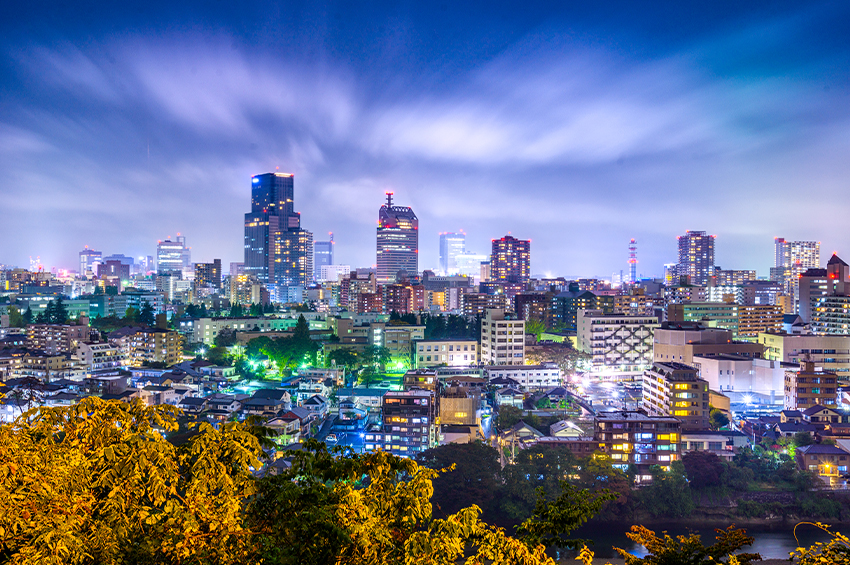 Sendai's leafy streets are thronged with people who have come to enjoy Tanabata Matsuri, one of the country's most famous festivals, every year. It is the largest city in the Tohoku region and provides an insight into local culture, with many visitors stopping here on their way to the nearby wilderness.

Sendai is a pleasant place to visit and an even nicer place to live, with a lively nightlife scene and a delightful dilapidated castle with lovely gardens. You can also go to the nearby hot springs or Matsushima, which has one of the best views in Japan, from here. 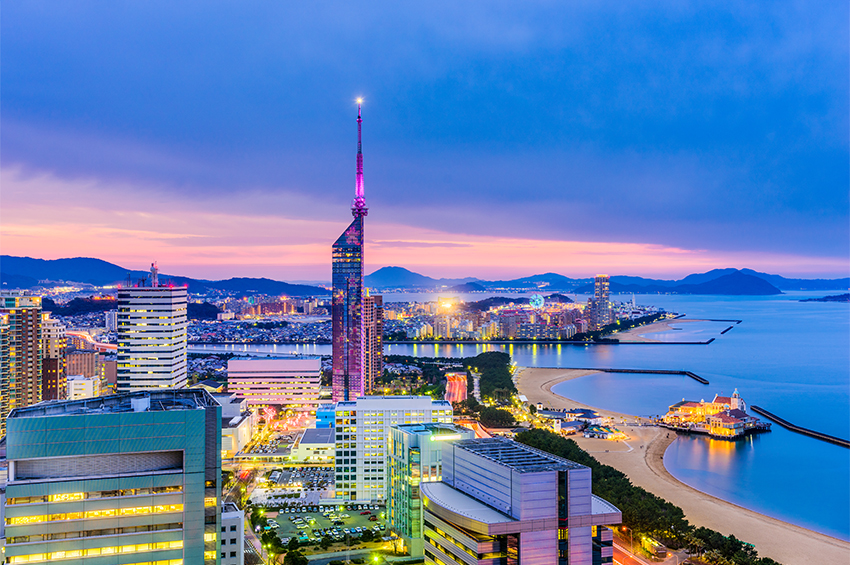 Fukuoka, Kyushu's largest city, was once split into two towns before merging to form the city we know today. Fukuoka is a friendly, welcoming city that makes up for its lack of actual sights with charm and a pleasant atmosphere. Fukuoka is well worth a visit for all that it has to offer, with a couple of great museums, some great architecture, delicious ramen, and the chance to see their famous baseball team in action.

There are some lovely temples dotted around the city and its surroundings, lying on the banks of the river that runs through it. Many visitors use Fukuoka as a base to explore the rest of Kyushu. 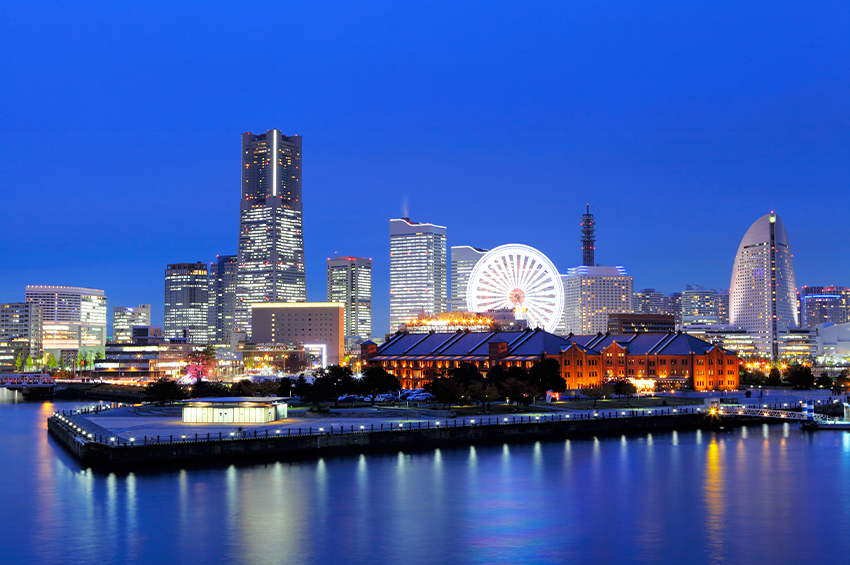 Despite being less than half an hour from Tokyo, Yokohama has its own distinct identity, and as Japan's second-largest city, it's well worth a visit. It is a cosmopolitan destination, as evidenced by its large foreign community, variety of architectural styles, and delicious cuisine from around the world.

Yokohama has vibrant arts and jazz scene, and it's pleasant to walk along its wide streets – despite being a major port, the city feels uncluttered and clean.